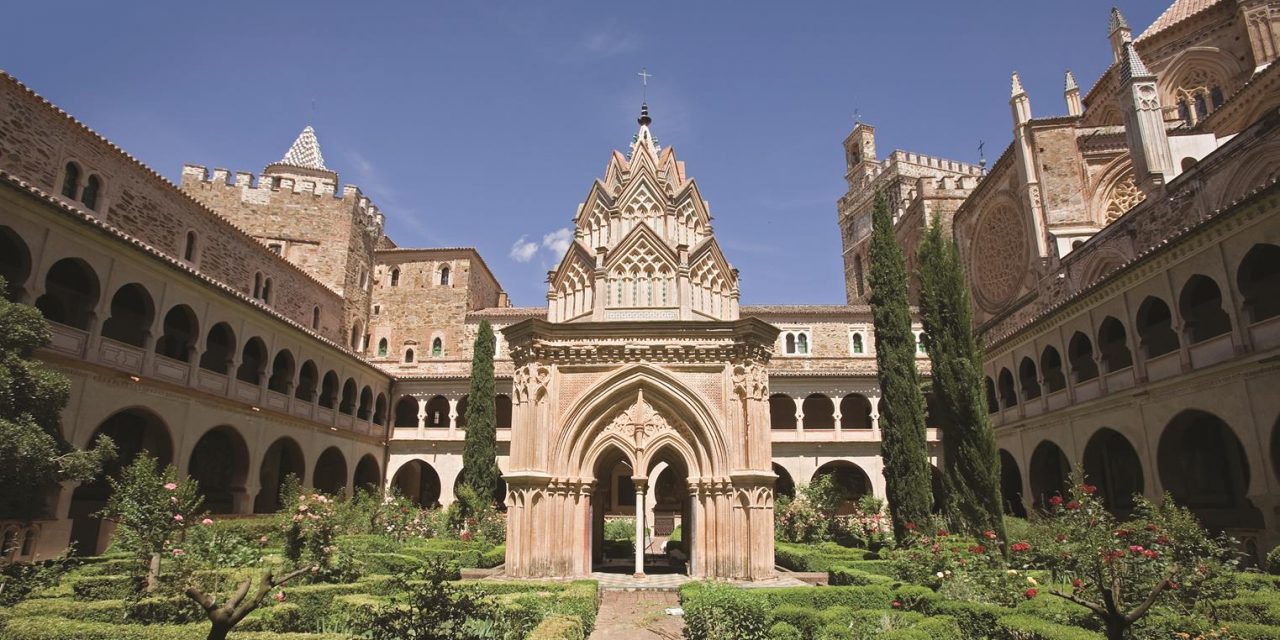 While monasteries are often perceived as places cloaked in secrecy, shrouded in obscurity and walled off from the rest of the world, these intimate Christian enclaves welcome all who come. Their guests can take an organized tour, explore the grounds at will, visit the gift shop or attend Mass or evening vespers in the abbey church. Many monasteries have a guest house that accommodates retreat groups or individual travelers. Extending hospitality has been an age-old tradition practiced by the monks and nuns in their peaceful havens.

Among the best known are Benedictine monasteries, which follow the core values set forth by St. Benedict, the founder of Western monastic life.

Here is a sampling of tour-worthy Christian monasteries in the U.S. and Europe:

In the rolling hills of southern Indiana, located 10 minutes from each other, lie two Benedictine monasteries—one of them inhabited by nuns. The Sisters of St. Benedict, about 150 strong, invite guests to tour Monastery Immaculate Conception in Ferdinand, a small town just off Interstate 64 between Louisville and Evansville.

Dominating the campus is a red-brick, Romanesque-style building crowned by an 87-foot dome that can be seen far and wide. Tours of the church, built between 1915 and 1924, showcase the barrel-vaulted ceiling, two rose windows, Italian marble floors and white oak woodwork hand-carved in Oberammergau, Germany. Your guide also will take you to the gardens, labyrinth and Grotto Hill, which has The Stations of the Cross, statues of Our Lady of Fatima and Our Lady of Guadalupe, and a replica of the shrine in Lourdes, France. The monastery gift shop offers German-inspired cookies, Bourbon-Soaked Fruitcake and Prayerful Pretzels from the onsite bakery.

The town of St. Meinrad, Indiana, a short drive from Ferdinand, is home to Saint Meinrad Archabbey and its 90 monks. Tours of the grounds and historic buildings include the Archabbey Church of Our Lady of Einsiedeln, which was completed in 1907. Built of thick sandstone blocks in the Romanesque style and distinguished by two bell towers, it houses a replica of the Black Madonna statue in Einsiedeln Abbey, the mother house in Switzerland. 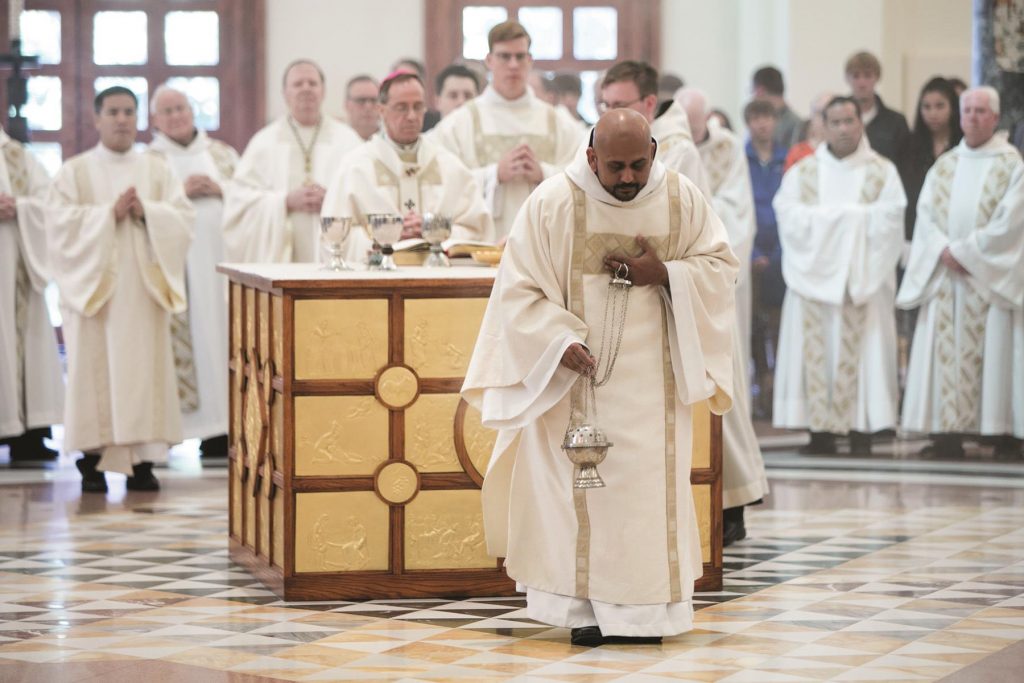 Adjacent to the monastery’s gift shop is the showroom for Abbey Caskets, which offers handcrafted burial caskets made of cherry, poplar, oak or walnut. Tours of the casket workshop, which also produces wooden cremation urns and keepsake crosses, are available.

In the Tri-State area where Iowa, Wisconsin and Illinois meet, a community of monks inhabits New Melleray Abbey, set amid fertile farmland and rugged woodlands 12 miles southwest of Dubuque, Iowa. They are members of the Order of Cistercians of the Strict Observance, better known as Trappists. Across the road from the monastery (founded in 1849 by monks from Mount Melleray Abbey in Ireland) is Trappist Caskets, where tour groups can see monks and laypersons at work constructing simple wooden burial caskets and urns, products that account for the monastery’s primary means of support.

Working as carpenters, they feel solidarity with Jesus and Joseph, who both made their living this way. The Abbey of Gethsemani, another Trappist monastery in a rural setting is nestled in the heart of Kentucky Bourbon Country, in the hills outside of Bardstown. Many visitors come away with the monks’ prized bourbon fudge and bourbon fruitcake. Though guided tours are not given, guests are welcome to walk the grounds, pray with the monks or attend Mass in the church. In the welcome center, they can watch a video and peruse displays that explain monastic life at Gethsemani, which was established in 1848.

The isolated Spanish village of Guadalupe, 125 miles southwest of Madrid, attracts pilgrims from around the world. They come to the Royal Monastery of Santa Maria de Guadalupe to see the Black Madonna (our Lady of Guadalupe), a statue reputedly carved by St. Luke and discovered in the soil by a local farmer in the late 13th century. Viewing of the polychrome cedar sculpture in the Camarin chapel of the colossal monastery basilica climaxes guided tours, which pass through small museums brimming with ecclesiastical artwork and treasures such as richly embroidered vestments and mammoth leather-bound choir books with beautifully illuminated manuscripts. Maintained by Franciscan monks, the monastery was built in 1340 as a shrine to the Virgin Mary. Pilgrims also enjoy its Moorish-style gardens and making little discoveries as they wander the hilly, narrow streets of the whitewashed medieval village. 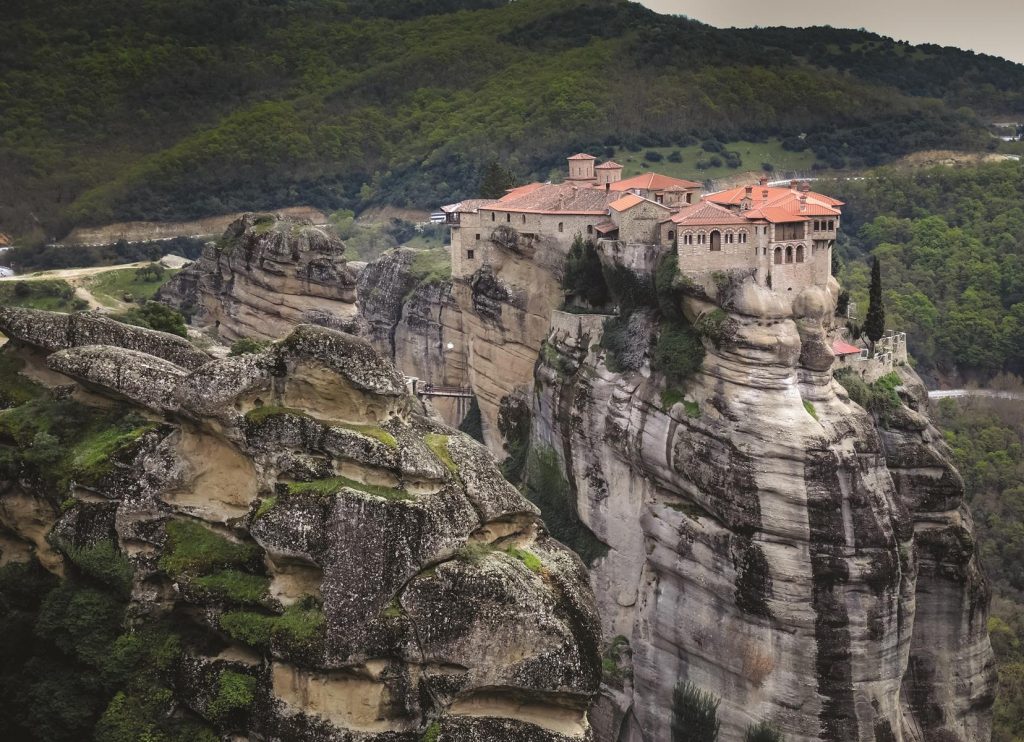 Balanced precariously on smooth granite pillars towering above the Thessalian plain in a remote region of north-central Greece, the mountaintop monasteries of Meteora date back to late Byzantine and medieval times. Though seemingly harsh and lonely, the lofty setting was ideal for Eastern Orthodox monks who came to find God, ponder the universe and renounce worldly things. At these dizzying heights, reached by rope ladders and later a pulley system, they certainly must have felt close to heaven.

At its zenith during the 16th and 17th centuries, the Meteora community counted 24 monasteries clinging to the perpendicular pinnacles. The six red-tiled-roof refuges that remain today—all are active religious centers and open to tourists—are inhabited by a handful of monks and nuns who serve as guides and curators. These monastic settlements, each built around a central courtyard, offer museums filled with valuable icons and sacred relics. Frescoes, hanging oil lamps and icons adorn their chapels. What intrigues visitors most, though, are the vulture-eye’s views of the valley, wooded ravines and surrounding rock pillars topped with neighboring monasteries.

England has several abbeys that welcome visitors. Awaiting guests at Buckfast Abbey are a church, gardens, book and produce shops, and the Monastic Way Exhibition. 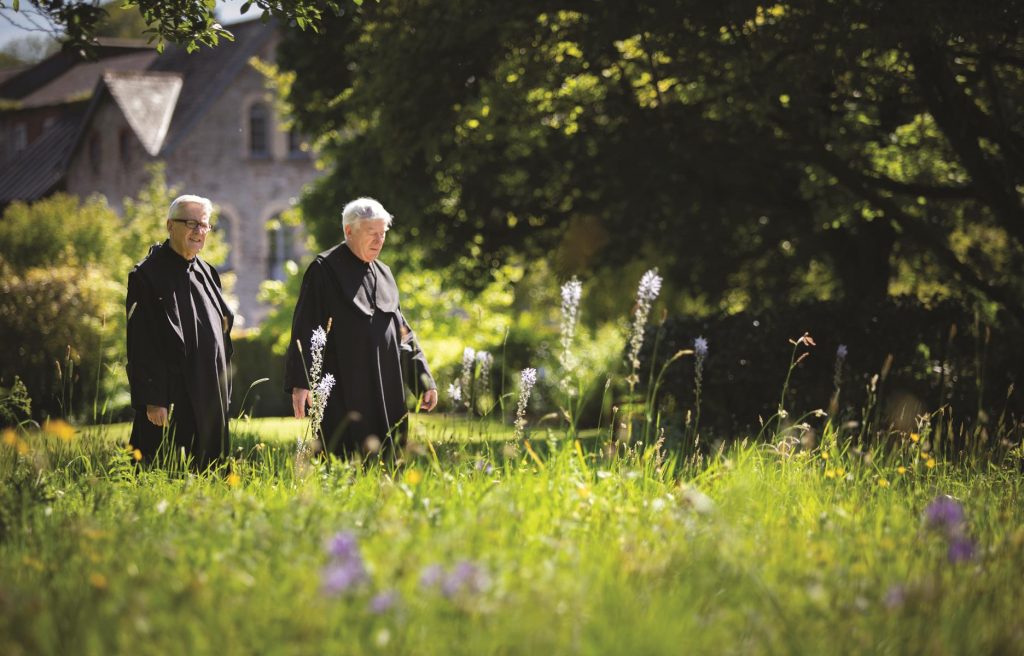 Other facilities include a restaurant, hotel and guest houses for retreat participants. Bordering Dartmoor National Park in Devon, the Benedictine monastery is midway between Exeter and Plymouth. It dates from 1018.

Austria’s famous Melk Abbey, with its pleasing ochre-and-cream exterior, sits on a bluff high above the Danube River. Dating from 1089, it is a working monastery owned by Benedictine 29 monks, 15 of whom live there. Most stunning is the abbey church, a Baroque masterpiece sumptuously adorned with frescoes, gilded angels and statues of saints.