Something for Every Group in Atlantic City 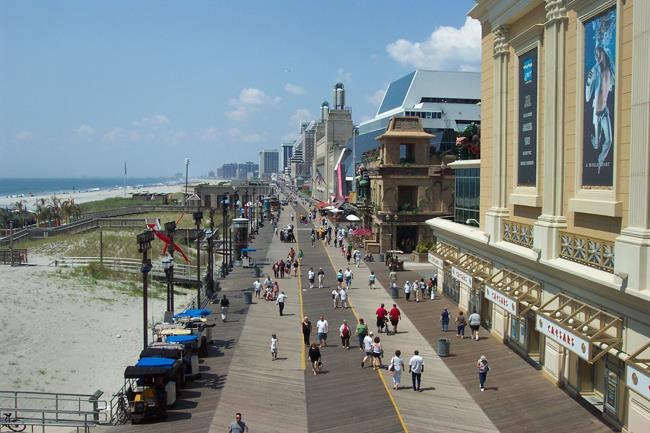 Settled in 1783, Atlantic City today has a year-round population of 40,517. Atlantic City is just 11.92 square miles but boasts many historic firsts, such as being the site of the world’s first Boardwalk and salt-water taffy’s first development. The famed Monopoly board’s streets are named after Atlantic City’s. Atlantic City is 60 miles from Philadelphia, 125 miles from New York, and 175 miles from Washington, DC. Atlantic City offers 24-hour gaming and headline entertainment at its 12 casinos. 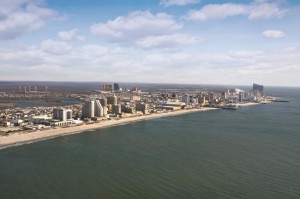 Atlantic City also provides high-voltage nightlife in the clubs located both inside and outside the casinos. Alternately, everything from rock concerts to boxing to the circus is available at one of Atlantic City’s many venues such as historic Boardwalk Hall, which underwent a $90 million renovation to make it Atlantic City’s premiere event arena. Top acts ranging from Michael Buble’, Jay Z/Kayne West, Justin Bieber, Black Eyed Peas, Lady Gaga, Aerosmith, Usher and a rodeo are among recent performances. The Atlantic City-area is filled with world-class accommodations –from no-holds-barred, luxury-laden casino hotels to quaint B & Bs.

The beach is where it all started: pristine sand with healthy salt air and a developer who saw the promise it held. Now Atlantic City is one of the world’s favorite destinations and the beach differentiates it from any other gaming locale. During the summer, the beaches are guarded by the country’s first lifeguard organization and the water is safe thanks to a stringent State water quality program. Millions of guests stroll ride a bicycle or tour the Boardwalk on a distinctive rolling chair. The first permanent Boardwalk was built in 1870 as a way to keep sand off of hotel carpets. Today, the Boardwalk is more than four miles in length and 60 feet across at its widest points. The present structure is seated on concrete and steel pilings and constructed of thousands of two-by-fours. The boards are replaced approximately every 12 years due to the immense foot traffic. 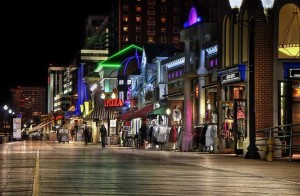 Atlantic City is increasingly becoming known for its thriving culinary scene with some of the top chefs in the industry, including Bobby Flay and Wolfgang Puck, opening restaurants here alongside other nationally acclaimed locales such as The Palm, Cuba Libre, and Buddakan, among many others. The city is increasingly becoming known for its stunning array of ethnic options, from authentic Chinese, Vietnamese and Russian to great south-of-the-border, Italian and Japanese influences. The city offers an interesting dichotomy with trendy, eclectic establishments rising alongside home-style ‘mom and pop” locales, classic Boardwalk cuisine and one of America’s greatest spots for a sub sandwich in the White House Sub Shop.

Atlantic City is quickly becoming nearly as known for its world-class shopping as for its gaming options. Among the options include: Tanger Outlets The Walk, a $76 million, 15-city block retail outlet, dining and entertainment venue with upscale retailers and downsized prices; The Pier Shops at Caesars, an over-the-ocean $175 million facility featuring 575,000 square feet of elegant restaurants and exclusive retail shops; The Quarter at Tropicana, part of a $245 million expansion, with 200,000 square feet of retail, dining, entertainment and spa options. Additional diverse shopping can be found along the Boardwalk and throughout the city’s casinos. 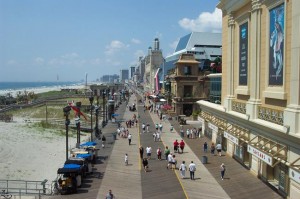