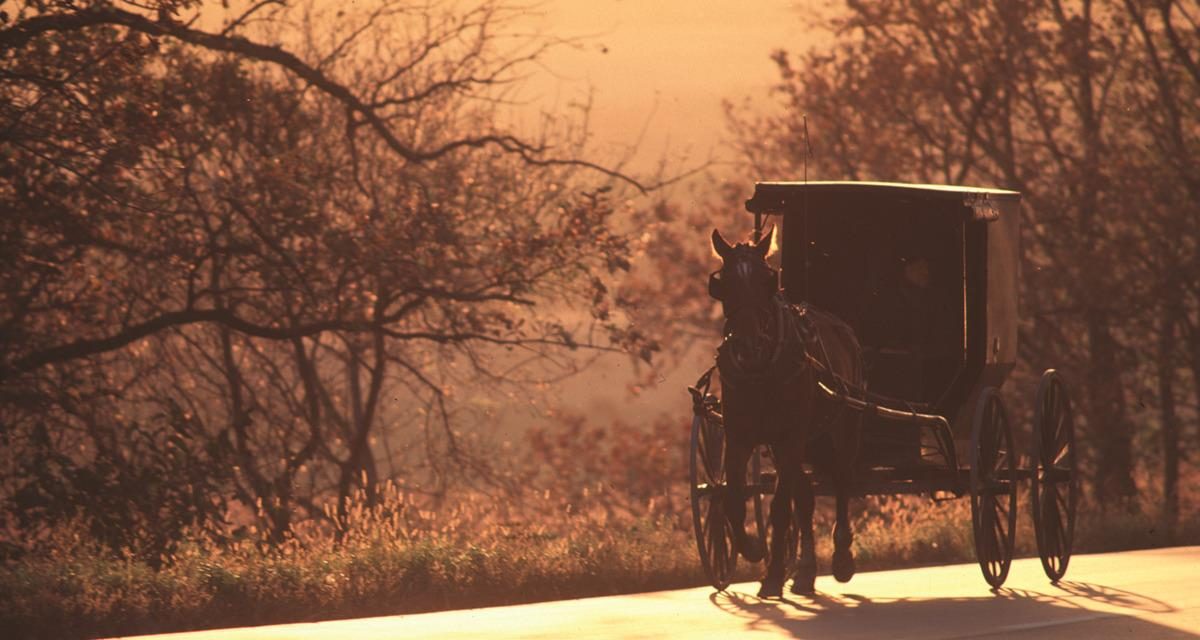 Groups will find a variety of memorable experiences across the rich farmland and inviting communities of the state’s southern tier.

The striking Minnesota River Valley area was prominent as early as the 1600s for traders and a pivotal point in the 1862 U.S.-Dakota War. Historical sites along with small towns combine for almost endless touring opportunities in southern Minnesota.

To experience the everyday life of early settlers, a visit to the Historic Chippewa City settlement in Montevideo is a good start. This community replicates an 1800s settlement complete with log cabin, church, blacksmith shop and many other buidings.

New Ulm was founded by German settlers and retains much of that Teutonic spirit with a towering statue of Hermann, the German warrior commemorating his victory over Roman legions in 9 A.D. August Schell’s Brewery and Veigel’s Kaiserhoff restaurant reflect the community’s German heritage. Fort Ridgley State Park and Historic Site is an early military outpost that served as a buffer between New Ulm and a Sioux reservation. Ruins of the fort allow visitors to experience history firsthand.

For outdoors enthusiasts, Mankato should be on your “to do” list. With more than 50 miles on a half-dozen trails, it’s no wonder Mankato and North Mankato were designated a “Bronze” Bicycle Friendly Community by the League of American Bicyclists. The nearby Minnesota and Blue Earth rivers offer everything from a leisurely paddle to a more thrilling day on the river.

Round out your visit to the area with these gems. In Kasato along the Minnesota River Valley Scenic Byway is Hallmark Glass, Mark Hall’s studio and shop. Visit the Hillstrom Museum of Art in St. Peter, which is free and features regional, national and international exhibitions. Continue west to Redwood Falls and you’ll find all the accessories and decor items you’ll need for a country home at The Farmer’s Wife. Finally, tour the Fagan Fighters WWII Museum in Granite Falls, which has an incredible display of vintage aircraft and memorabilia. 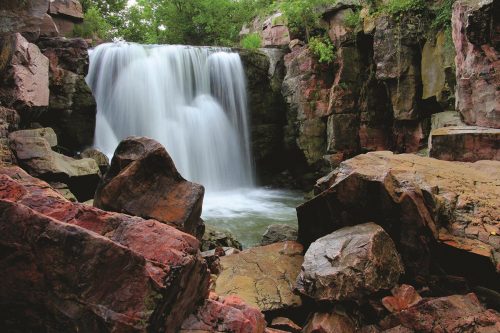 The striking quarries at Pipestone National Monument spotlight American Indian culture and the importance of pipe-making. The quarries are still mined, by Native Americans, and continue to be treated with admiration. Make certain to allow for the 22-minute film “Pipestone: An Unbroken Legacy,” plus exhibits and demonstrations. A the scenic beauty of Pipestone is the ¾-mile paved walking trail that takes hikers to Winnewissa Falls.

Fort Belmont in Jackson encourages visitors to release their pioneer spirit. Step back in time to the late 1800s while exploring the stockade and cabin, blacksmith shop, prairie sod house, and farmhouse with summer kitchen and museum. 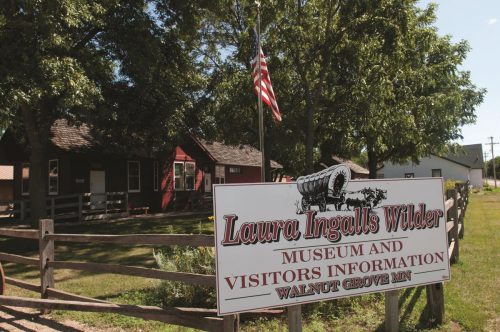 In Walnut Grove, the Laura Ingalls Wilder Museum tells the history of the Ingalls family along with memorabilia from the popular “Little House on the Prairie” television series. The museum’s collections can be found throughout the venue in an 1898 depot, an onion-domed house, little red schoolhouse and early settler home. True fans can visit the original dugout home location and see surrounding sites that were referenced in Wilder’s “On the Banks of Plum Creek.” In nearby Sanborn discover Stan McCone’s Sod House on the Prairie and see the prairie as Laura Ingalls did. Put on a bonnet and apron for a unique photo op.

The 2007 television series “The War” was produced by Ken Burns and highlighted WWII’s impact on four American towns. Luverne was featured and its historic Palace Theater was the site of the series premiere. The Herreid Military Museum in the county courthouse preserves history from WWI and WWII. The Brandenburg Gallery, located in the former Rock County jail building, contains the breathtaking photos taken by Jim Brandenburg, an internationally known nature photographer and a Luverne native.

Mountain Lake’s Russian, Mennonite and German Lutheran heritage is preserved at Heritage Village. Visitors stroll through 21 buildings filled with displays depicting the life of these early settlers. Not to be missed are the Minnesota Hall of Fame Telephone Museum, the dual- purpose granary building and the Gerhard Dick family home. 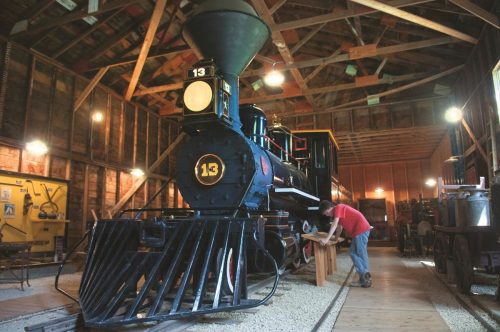 Currie is home to End-O-Line Railroad Park and Museum. In addition to the manually operated turntable, which is on the National Register of Historic Places, the railroad display is a museum highlight.

Just a short drive south of the Twin Cities, groups will find a slower pace in the Southern Lakes area. It’s here that museums and attractions abound and downtowns provide a wonderful reminder of an earlier time. More than 50 lakes are found throughout the landscape with all the water activities you can imagine. Hiking and biking trails wind their way through and around state parks.

With the picturesque Cannon River running through its downtown, Northfield is home to numerous music venues, museums and galleries. The Northfield Historical Society and Museum is the preserved bank that the James-Younger gang attempted to rob in 1878. The Japanese Garden at Carleton College and Norwegian-American Historical Association at St. Olaf College are just a few sites that grace Northfield’s college campuses.

Owatonna rightfully boasts a unique architectural landmark, the National Farmers’ Bank in downtown Owatonna. This cornerstone building was designed by the world-renowned architect Louis Sullivan. Completed in 1908 and preserved through the years in all its grandeur, it is Owatonna’s treasure of the prairie.

More historic treasures are found in Owatonna at the State School Orphanage Museum. Built in 1886, it was a haven for abandoned and neglected children. Today the campus, museum and original boys cottage tells the story of the children who lived and learned how to cope with life institutionalized. Find Owatonna’s own fountain of youth at Mineral Springs Park, where the legendary healing waters flow from the natural springs with Princess Owatonna watching over the scenic beauty of the park.

French-Canadian fur trader Alexander Faribault founded Faribault in 1834. Today, the downtown is the largest non-metro historic district in the state with plenty of shopping and dining choices. Tours are available at Faribault Woolen Mill, famed for its blankets and woolen products since 1865. The designer of St. Patrick’s Cathedral in New York designed the oldest cathedral in Minnesota, Cathedral of Our Merciful Saviour. The Paradise Center for the Arts exhibition gallery is part of the renovated Faribault Opera House. The Rice County Historical Society and Alexander Faribault House preserve the community’s history.

April 2016 marked the opening of the brand new Spam Museum in downtown Austin. Interactive exhibits and nine SPAMtastic galleries look at the canned meat’s history and popularity around the globe.

Historic Bluff Country and the Mississippi River Valley are both scenic and historic. A Minnesota Historical Society property, Historic Forestville near Preston is a step back in time to 1899. Look at life through the eyes of residents, the Meighen family. Along with costumed interpreters, you’ll discover 19th century merchandise in the Meighen store, see what’s cooking in the kitchen and lend a hand in the garden and farm buildings. Below ground, Mystery Cave State Park offers tours of Minnesota’s longest cave, which spans over 13 miles underground. 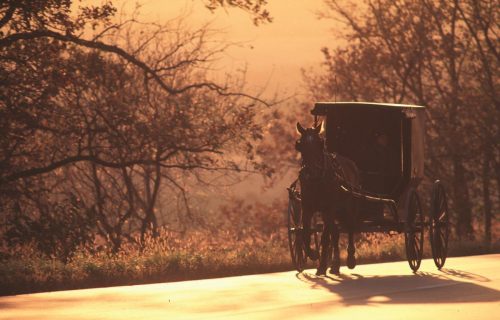 Fast-forward to the 1970s and Old Order Amish were relocating to Minnesota in Lanesboro, Harmony and Canton. Today, horse-drawn buggies are a common sight and the area is home to many gift shops selling Amish crafts and baked goods. Amish culture can be experienced with area guides, often including meet and greets with Amish families.

Just a short drive from the Twin Cities on the Great River Road is Red Wing, a Mississippi River community with one very large work boot. The size 638½ stands more than 20 feet tall and is located at the Red Wing Shoe Museum in the downtown flagship store. Red Wing also has a reputation for pottery, which is on display at the Pottery Museum and on tours of Red Wing Stoneware Company.

The National Eagle Center in Wabasha overlooks the Mississippi River. Programs, exhibits and live eagles at this attraction provide a look at the majestic birds in their natural environment. Lark Toys in nearby Kellogg brings out the kid in all of us. See handmade wooden toys made by local craftsmen, a carousel of fanciful animals and an antique toy museum. In addition, there are toys for sale!

Looking at all there is to see and do in Winona, you may wonder if you have enough time. The Minnesota Marine Art Museum displays a permanent collection of waterway-themed masterpieces by Picasso, Monet, Van Gogh, Gaugin and Matisse. Home to two universities, Winona has a vibrant art scene with the Great River Shakespeare Festival rapidly becoming a top event. The Polish Cultural Institute and Museum honors early immigrants and celebrates the area’s Polish heritage.

Moving to the community so well known for the work of the Mayo Clinic, there is much to see and do in Rochester. The 100-room Mayowood Mansion was home to three generations of the Mayo family. The 49-room Plummer House of the Arts displays home innovations that were advanced for the time. For smaller groups seeking a healthy living alternative, the Mayo Clinic Healthy Living Program has experiences from fully loaded four-day signature to one-day wellness experiences.

The historic contributions of southern Minnesota may only be equaled by the region’s scenic beauty. Pack your bags for a few extra days and enjoy this wonderful slice of the Upper Midwest.