Significant Sites on the U. S. Civil Rights Trail

In 14 states and the District of Columbia, there are historic sites—including churches, museums, courthouses and schools—along the U. S. Civil Rights Trail. Each played a pivotal role in the civil rights story. Each pays tribute to the people, sacrifices and events that took place there. Although Kansas, Delaware and the District of Columbia have key civil rights sites, the Southern states have the bulk of the landmarks, more than 100 of them. Here are just a few stops on the U.S. Civil Rights Trail. 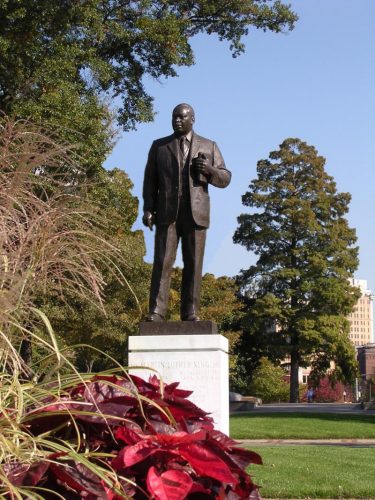 Diagonally across from Birmingham’s 16th Street Baptist Church is Kelly Ingram Park. A gathering spot for protesters, it was the scene of police turning them back with dogs and fire hoses. Sculptures in the park depict the 1963 riots. Thirty years later the Birmingham Civil Rights Institute (located across the street) opened to chronicle the civil rights movement’s struggles and victories. 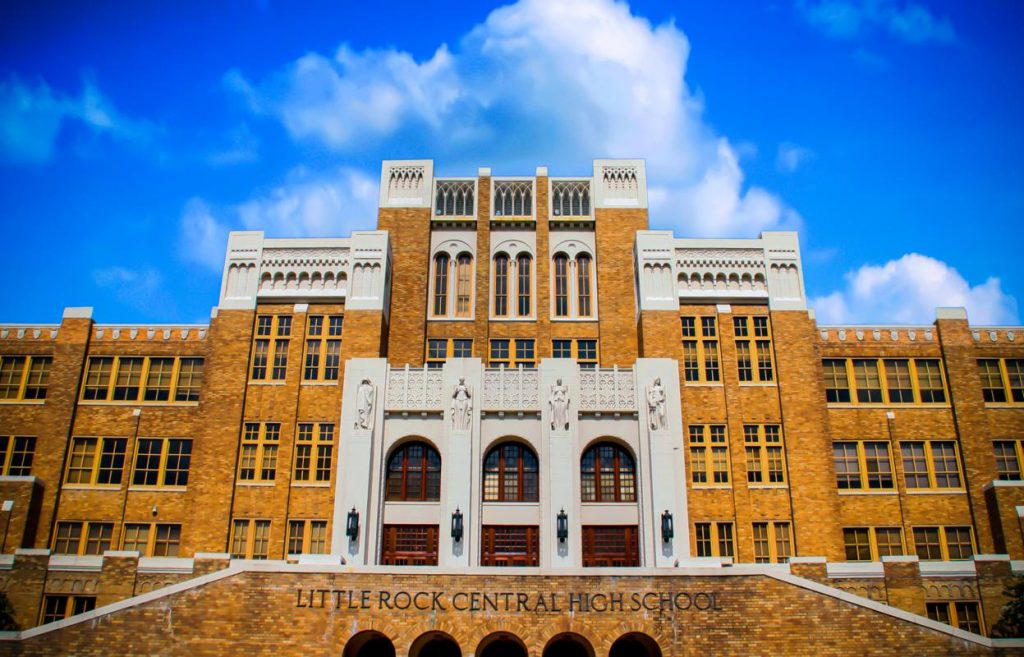 In September 1957, three years after the Brown v. Board of Education Supreme Court decision that ended public-school segregation, a federal court issued an order requiring Little Rock to comply. Governor Orval Faubus defied the order. Central High School and the “Little Rock Nine” were thrust into the national spotlight. The Central High School National Historic Site is located within walking distance of the school, which is still educating students of all races.

A visit to the Martin Luther King, Jr. National Historic Site in Atlanta includes King’s birth home, Ebenezer Baptist Church (where he shared the pulpit with his father) and his gravesite. The Martin Luther King, Jr. Center for Non-Violent Social Change, Inc. is located across the street from the church. The National Park Service operates a visitors center that features exhibits about King’s life and the civil rights movement. The National Center for Civil and Human Rights is also in Atlanta and should be part of your itinerary.

Berea College in Berea was founded in 1855 specifically to educate black and white students together. The forward-thinking program came to a halt in 1904 when Kentucky state legislators passed a law dictating mandatory segregation. Berea College fought the law all the way to the U.S. Supreme Court but lost. The ruling was overturned in 1954 after Brown v. Board of Education.

Louisiana did not experience extensive violence during the civil rights movement, but there were protests, boycotts, sit-ins and marches. Baton Rouge was the site of the first bus boycott in June 1953. The “free ride” system designed to get African-Americans to work and supported by churches was the model for the Montgomery Bus Boycott three years later. The Capitol Park Museum has a display on the Baton Rouge Bus Boycott and other significant events in the fight for freedom.

The Mississippi Civil Rights Museum in Jackson, opened in December 2017, focuses on the often violent years 1945-1976. During that time, Mississippi was ground zero in the national civil rights movement. Eight chronological galleries encircle a central area titled “This Little Light of Mine.” As people gather around, the dramatic sculpture glows brighter, while music from the movement increases in volume. This state-of-the-art museum uses interactive displays and touch screens as well as donated artifacts.

Part of the Gateway Arch campus in St. Louis, the Old Courthouse is where Dred and Harriet Scott sued for freedom from slavery. Eventually, the case found its way to the Supreme Court but was defeated. Another significant case in the Old Courthouse had Virginia Minor suing for her voting rights. Although defeated, it set the stage for the women’s suffrage movement.

Located in the Downtown Greensboro Historic District, the F.W. Woolworth Building houses the International Civil Rights Center and Museum. Exhibits take visitors on a journey through time and help build an understanding of the injustice to African-Americans during segregation and
under “Jim Crow” laws. A particularly moving exhibit is the film re-enactment involving the four students who staged the historic sit-in at the Woolworth store’s lunch counter. Their thoughts, concerns and commitment on the eve of the momentous event are presented.

The passage of the 1964 Civil Rights Act was certainly not the end of the struggle. In 1968, a protest by students of South Carolina State College in Orangeburg resulted in a police-student clash at the All-Star Bowling Lanes. The Orangeburg Movement focused on desegregating public facilities. A few days later, on February 8, 1968, violence again broke out but on campus this time. After a patrolman was hit in the face, others began firing into the students. Three died and 27 were wounded. The South Carolina State College Historic District consists of 10 academic buildings constructed between 1917 and 1969.

It was at Memphis’ Lorraine Motel on April 4, 1968, that Rev. Martin Luther King, Jr. was assassinated. The Lorraine was a black-owned business and had prominent entertainers among its guests. It was due to this historical importance to the community that King chose to stay there during his support of and address to striking sanitation workers. It just seems appropriate that the National Civil Rights Museum is located there.

Virginia’s role in the civil rights movement is often overlooked, but its landmark legislation made a significant contribution. The lawsuit resulting from a student-led boycott protesting conditions at Farmville’s Moton High School became part of the 1954 Supreme Court decision Brown v. Board of Education. The Virginia State Capitol Building in Richmond is home to a sculpture of student leader Barbara Johns at the front lines of the Moton High boycott. Other lawsuits of importance stemmed from Virginia courts. Irene Morgan’s 1946 suit desegregated interstate bus travel. Another case extended desegregation to interstate bus waiting rooms and restrooms. A 1963 case integrated juries. A successful suit by Richard Perry Loving overturned 17 states’ laws banning interracial marriage.

Elizabeth Harden Gilmore was a civil rights advocate and business leader. Her commitment to integrate her state’s schools, housing and public accommodations was characterized as “ongoing and steadfast.” Gilmore’s accomplishments are considerable. The Elizabeth Harden Gilmore House in Charleston was her home from 1947 until 1986.