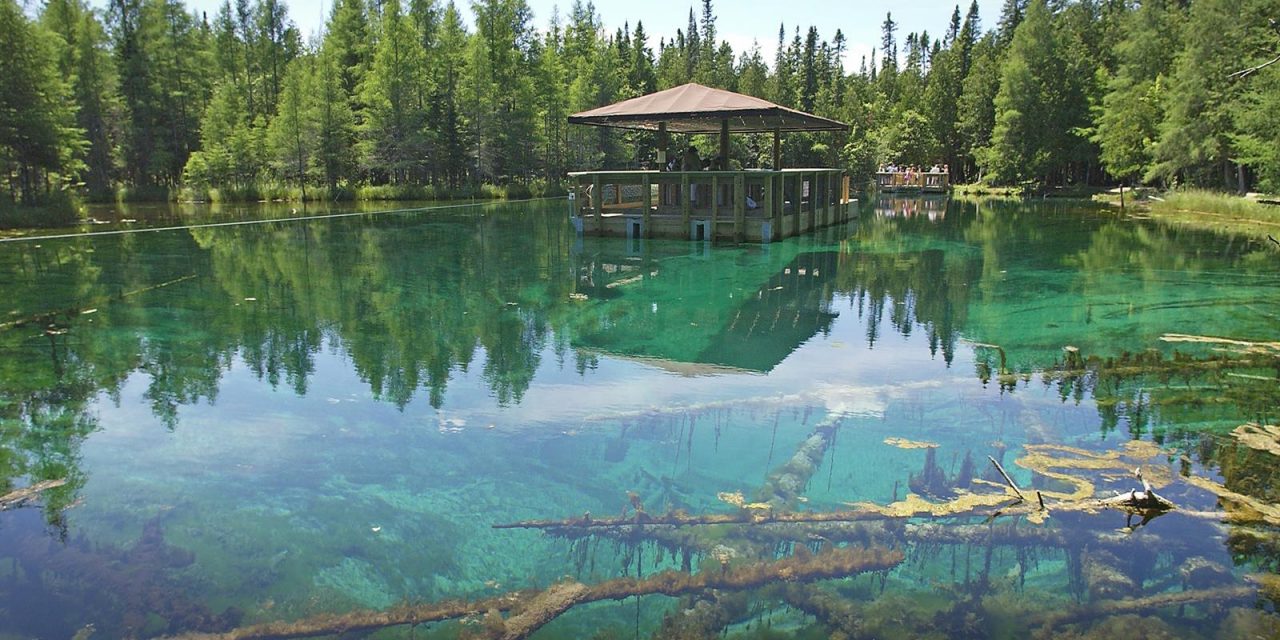 Michigan’s Upper Peninsula is located within a day’s drive of almost all of the major cities of the Great Lakes Region and is one of the most popular destinations in the Midwest for group travel. This itinerary includes many of the finest attractions in the Eastern Upper Peninsula including the Great Lakes Shipwreck Museum, the Upper Tahquamenon Falls, the Pictured Rocks National Lakeshore and the Big Springs of Michigan.

Available: Mid May to Mid October

Your tour begins in Sault Ste. Marie, Michigan, the home of the world famous Soo Locks and one of the oldest permanent settlements in the Midwest.  After checking into your hotel, you’ll be doing the Soo Locks Dinner Cruise on the St. Mary’s River where you’ll be treated to a delicious buffet dinner and get the chance to transit through both the American and Canadian locks and cruise alongside massive lake freighters and ocean going vessels passing through the locks. 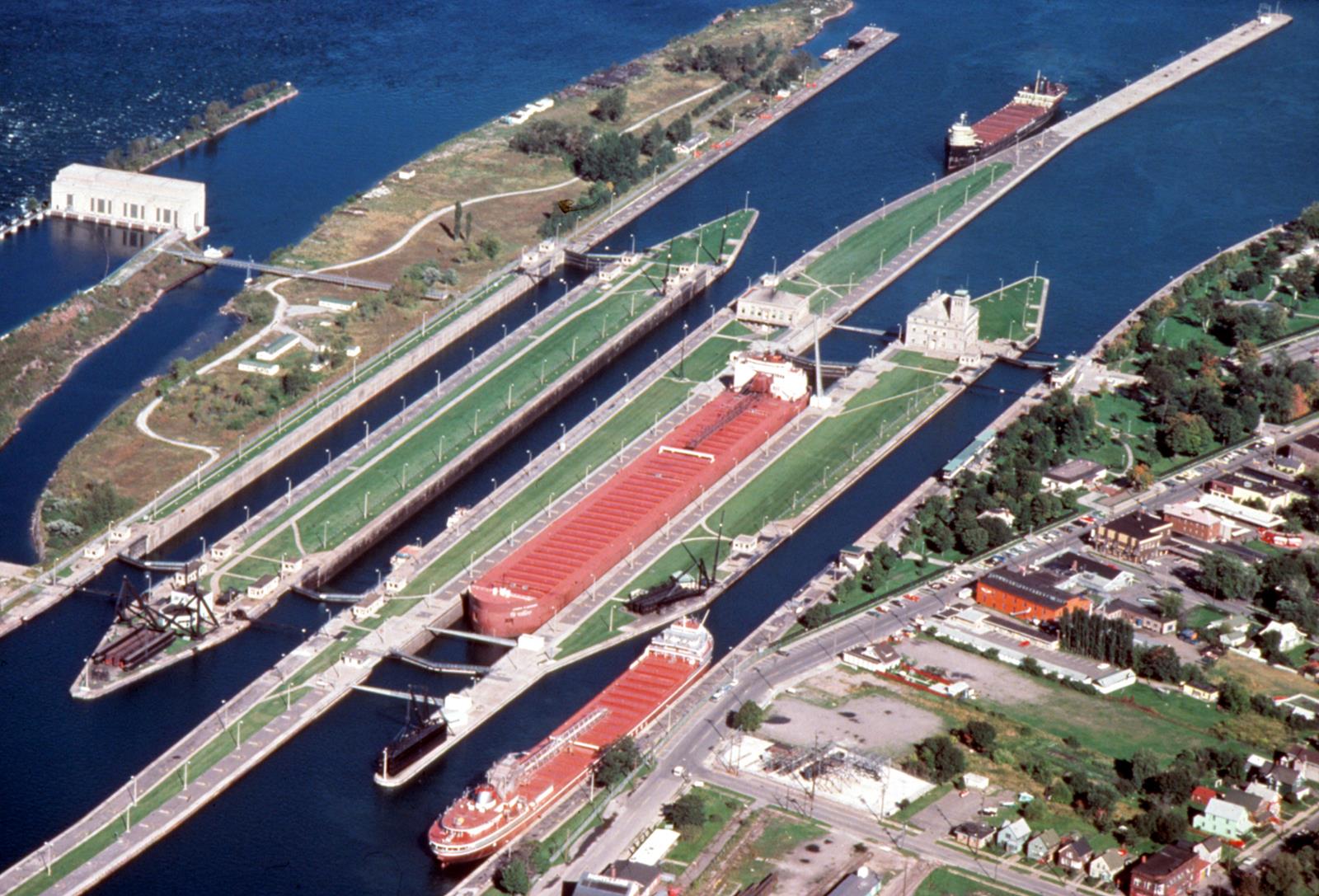 Today, you’ll travel to the Shipwreck Museum at Whitefish Point, which features the bell from the Edmund Fitzgerald and the oldest lighthouse on the south shore of Lake Superior. On the way, you’ll pass through the Hiawatha National Forest and Paradise, Michigan and upon arrival you will be able to tour the museum, lighthouse keeper’s quarters, museum gift shop and the grounds including the observation deck at the point. 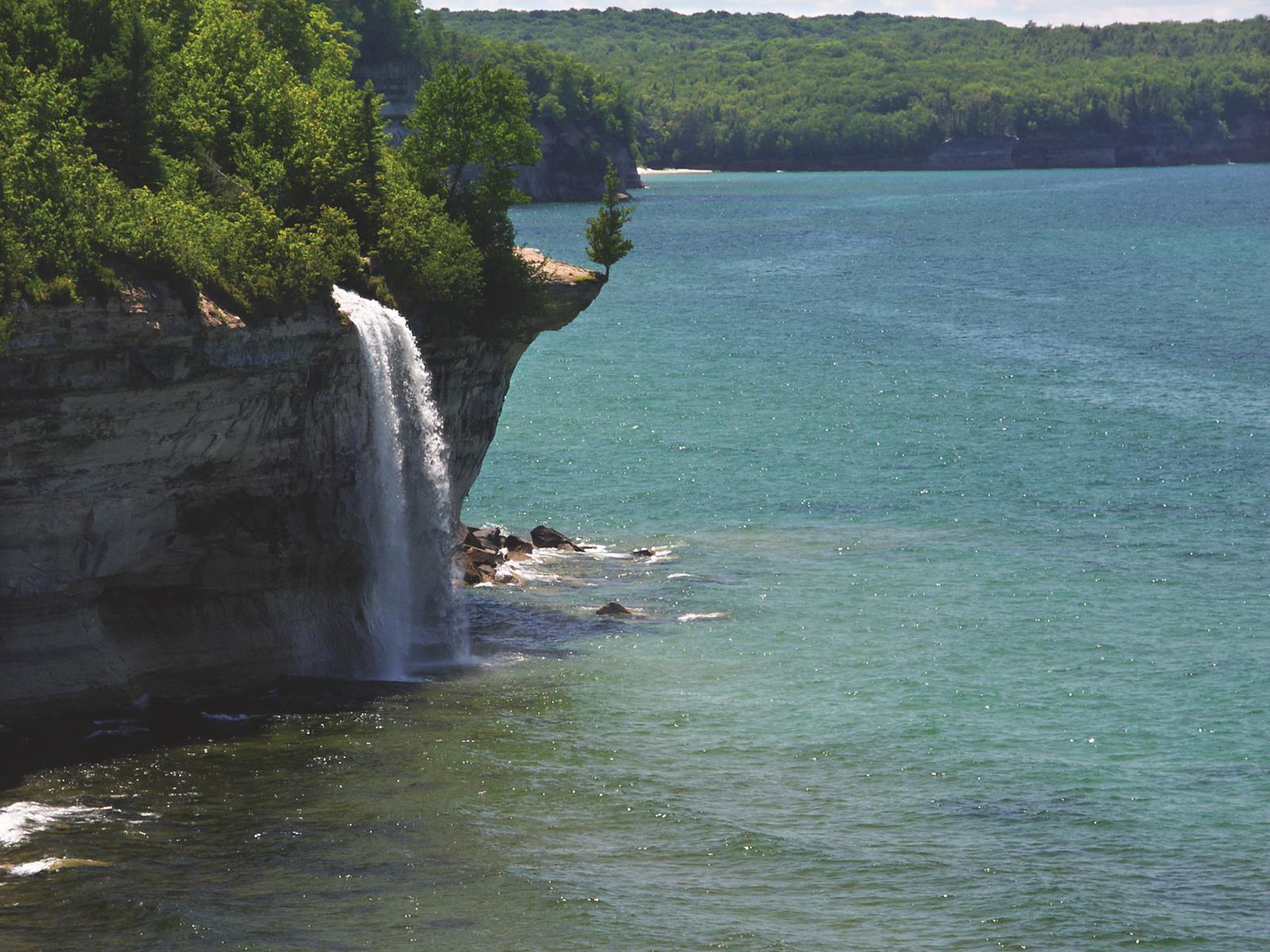 From there, you will travel to the Upper Tahquamenon Falls, which is the second largest waterfall east of the Mississippi River and one of the biggest group tour attractions in the Upper Peninsula. The Falls are on the Tahquamenon River where Hiawatha launched his canoe to start his journey featured in Longfellow’s epic poem, “The Song of Hiawatha.” Lunch will be served at the Tahquamenon Falls Brew Pub, which is located within easy walking distance of the trailhead going into the falls. After viewing the upper falls, you can travel to Munising, Michigan, where you will have dinner and spend the night in one of the nearby hotels. 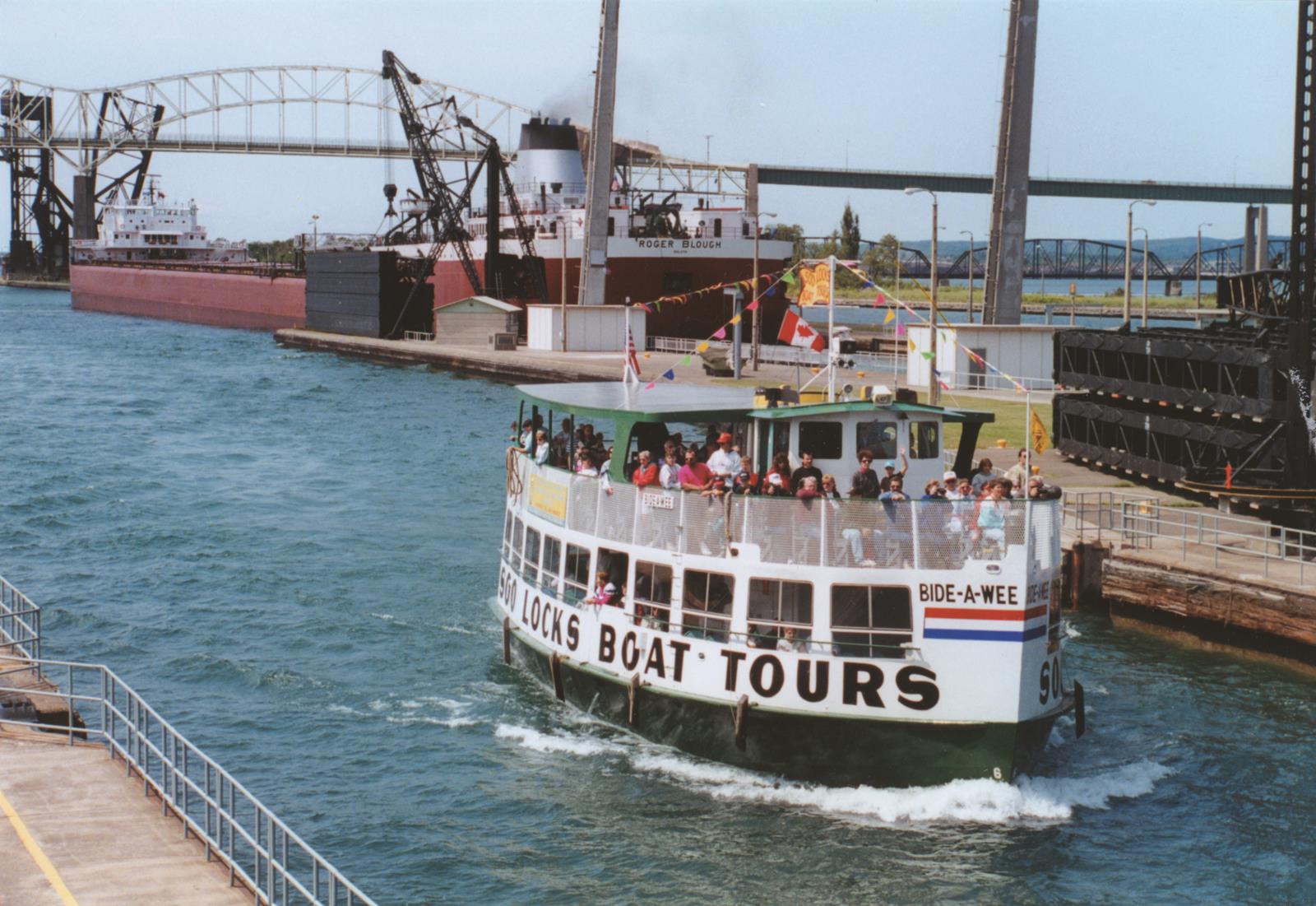 Your tour today starts off with a boat ride along the shoreline of the Pictured Rocks National Lakeshore, which was our country’s first national lakeshore. 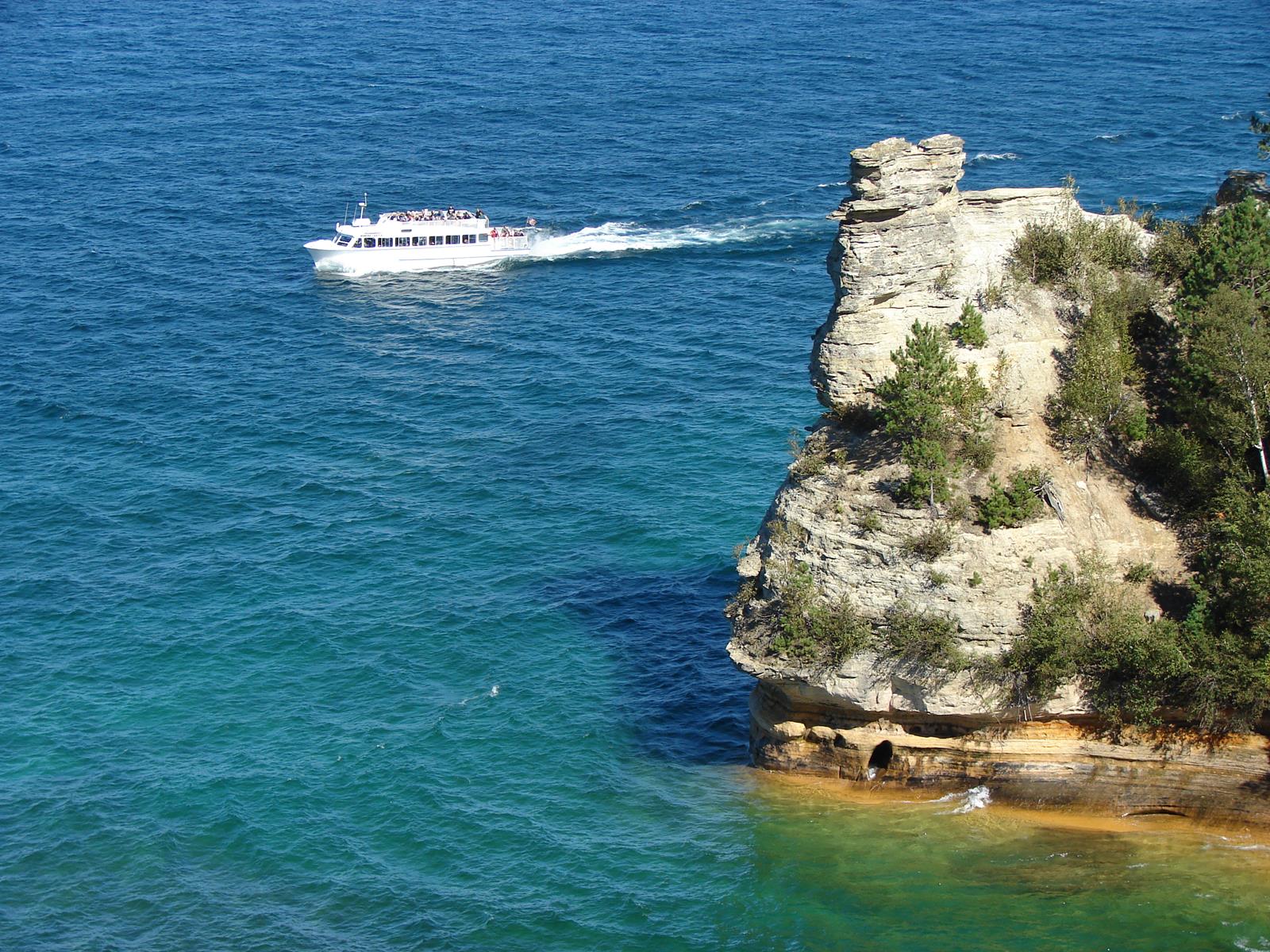 The featured attraction is a three-hour Pictured Rocks Boat Cruise along the south shore of Lake Superior where you will see more than 15 miles of stunning 100 to 200-foot cliffs and rock formations such as Miner’s Castle, Lover’s Leap, Chapel Rock and Rainbow Cave. During the cruise, you will also see Grand Island and view the historic East Channel Lighthouse. 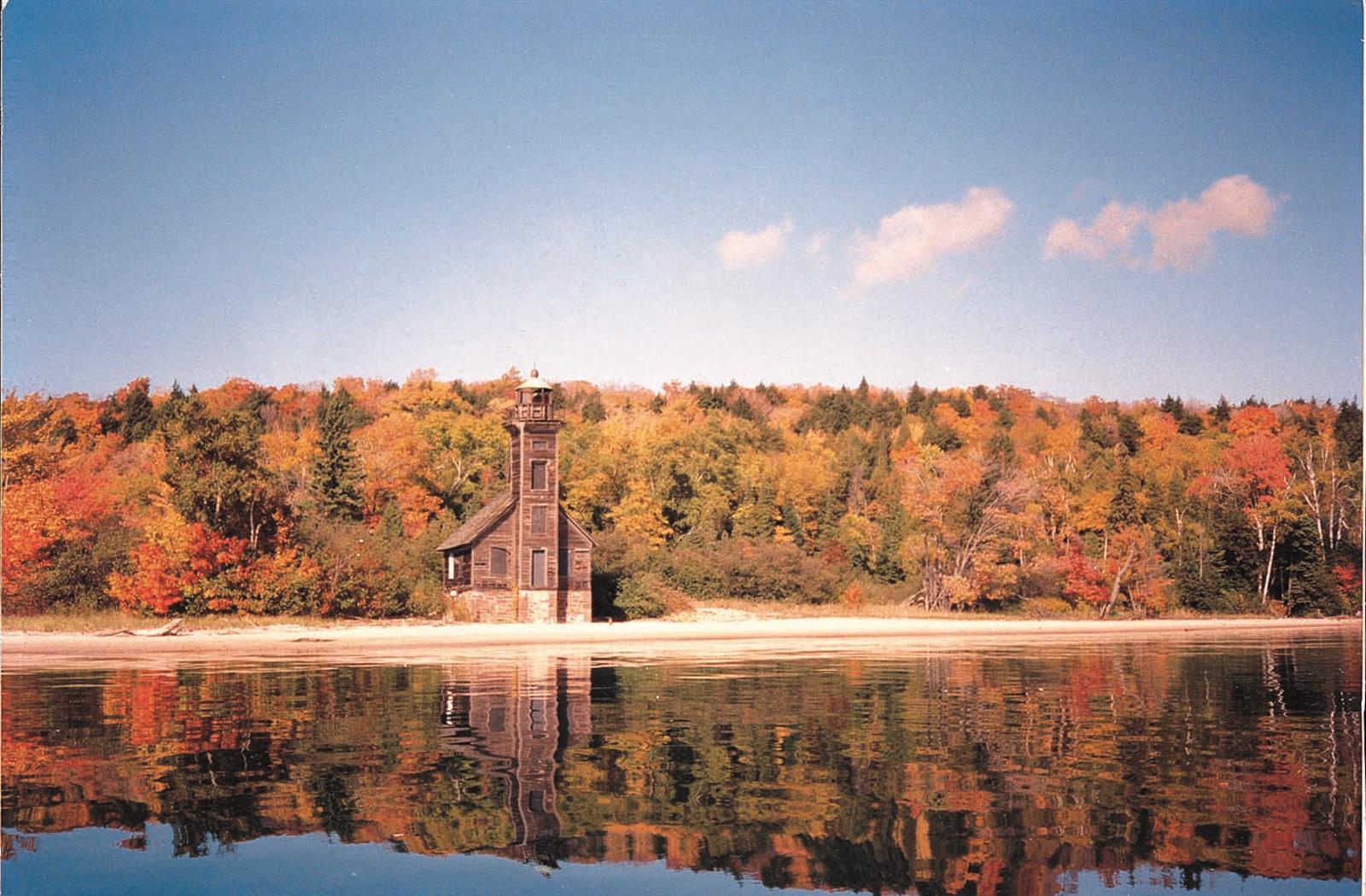 After lunch in Munising, travel to the Palms Book State Park near Manistique to see The Big Springs of Michigan, or “Kitch-iti-Kipi” as the natives call it. The Big Springs bubble up at a rate of more than 10,000 gallons per minute and fascinates visitors with its clear water and peaceful surroundings. Called the “Mirror of Heaven” by the Native Americans, visitors take a self-propelled observation raft to view the wonders of the springs which include large trout, strange formations caused by the surging waters and constant eruptions from the depths below. After viewing the Big Springs, you will head to St. Ignace for dinner and your last night in Michigan’s Upper Peninsula.