Seeing the East Coast from the Serenity of a Bike Trail 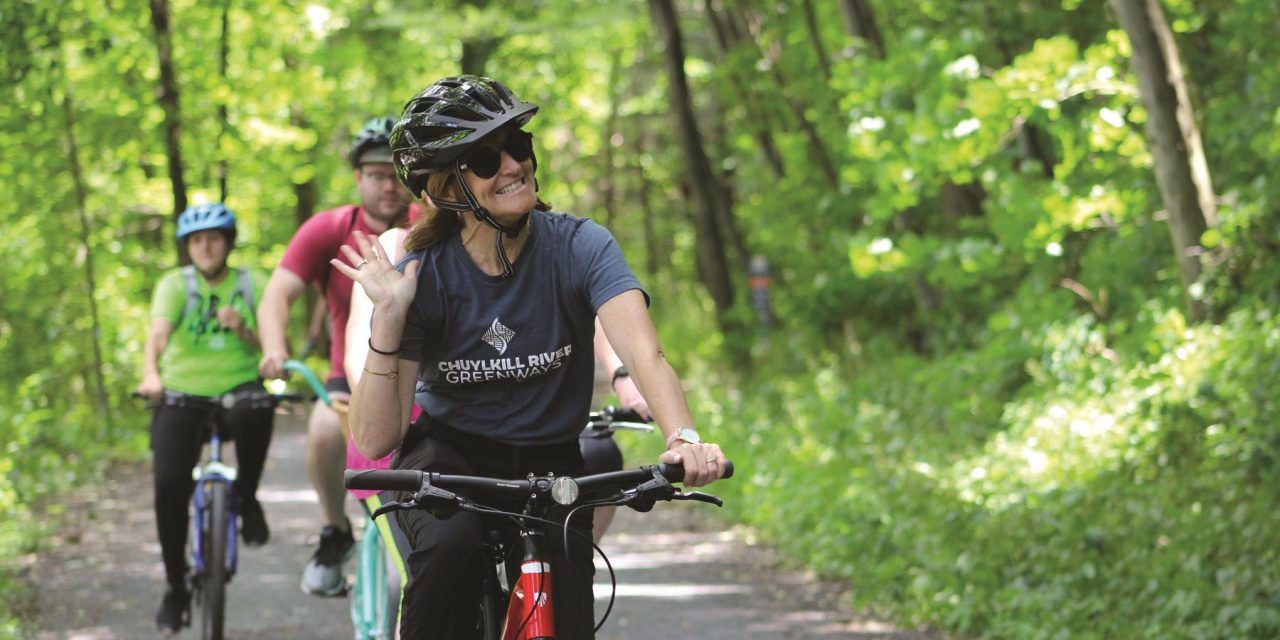 While biking has the practical use of transportation, it can also serve as a mode of touring picturesque cities and landscapes. These bike trails throughout the eastern United States give cyclists the opportunity to explore surrounding areas in a fun and eco-friendly way.

Voted the Best Urban Trail in USA Today’s 10 Best Readers Choice poll, the Schuylkill River Trail is an expansive 120-mile pathway throughout Pennsylvania. Bikers can experience the joys of cycling while taking in views of the Keystone State’s forests and wildlife. Because of its reach, bikers on the trail can supplement their travels with stops at counties, cities and attractions along the way. Travelers in southeastern Pennsylvania can stop off in Philadelphia and take their pick of the city’s immeasurable activities. Popular attractions include the Philadelphia Museum of Art, Fairmount Park, or the Schuylkill Banks, an eight-mile riverfront containing parks, docks, and greenways. 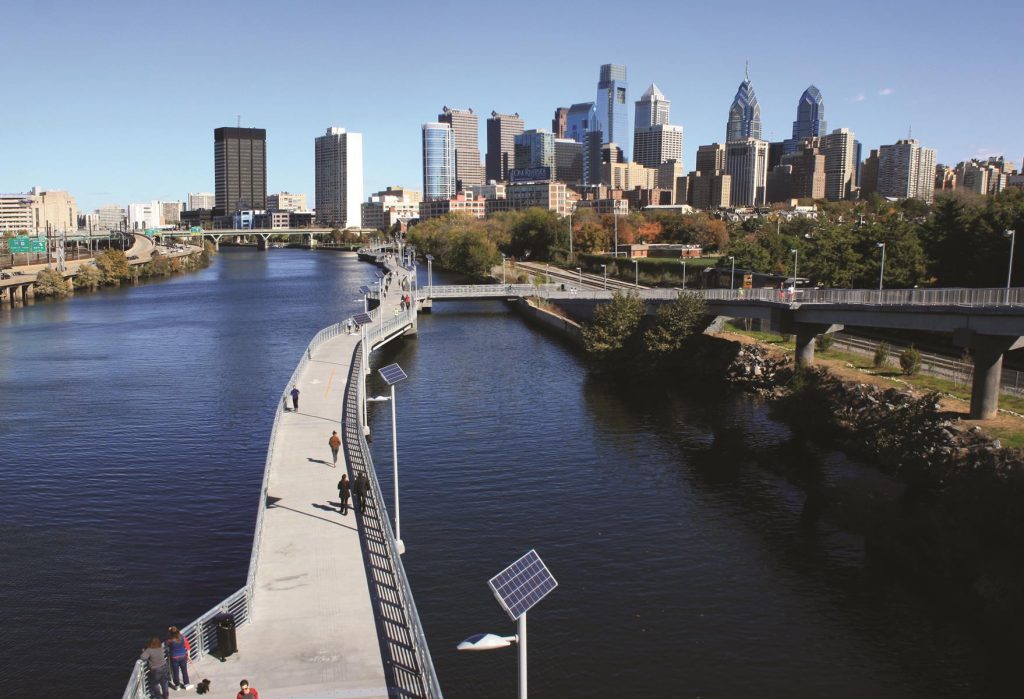 Bikers upwards of Philadelphia can visit Montgomery County and make a day trip with visits to Elmwood Park Zoo, Valley Forge National Historical Park, and Pottsgrove Manor, a masterpiece of Georgian architecture. For those who want to experience the pathway but don’t have access to a bike, the Schuylkill River Trail has partnered with Bike Pottstown/Bike Schuylkill to create a solution. This bike-sharing program owns locations in Pottstown, Hamburg, and Phoenixville and loans out bikes for up to a day.

Boston’s aptly named Minuteman Bikeway marks the area where the American Revolution commenced and doubles as a transportation and recreation location.

Cyclists can celebrate the historic site by communing on this lengthy pathway that closely resembles Paul Revere’s famous midnight ride. After traveling the bikeway’s full 10 miles, those wishing to extend their ride can utilize connections at Alewife Station and Bedford Depot. Both are conveniently located at either end of the trail.

Additionally, the Minuteman Bikeway is stationed adjacent to separate but visit-worthy bikeways. Cyclists looking to experience more American history can skip over to the nearby Battle Road Trail.

From there, they can access the Minuteman National Historical Park, which preserves the area and historical sites marking the opening of the Revolutionary War. The nearby Charles River Bike Paths, consisting of a 14-mile loop from Boston to Watertown, are also a rewarding visit. There are several bike rental stations located at sites along the trail, including Alewife Station, Arlington and Bedford.

Bicycling on the Hudson River Greenway is one of the most fun and thorough ways to explore New York City. The 12.9-mile pathway runs through city parks and offers exquisite views of the river for which it is named. While the greenway draws walkers and bikers alike, most of the trail is split so that everyone can safely go their desired speed. Highlights of the ride include Riverbank State Park and Inspiration Point, from which bikers can see the New Jersey Palisades. 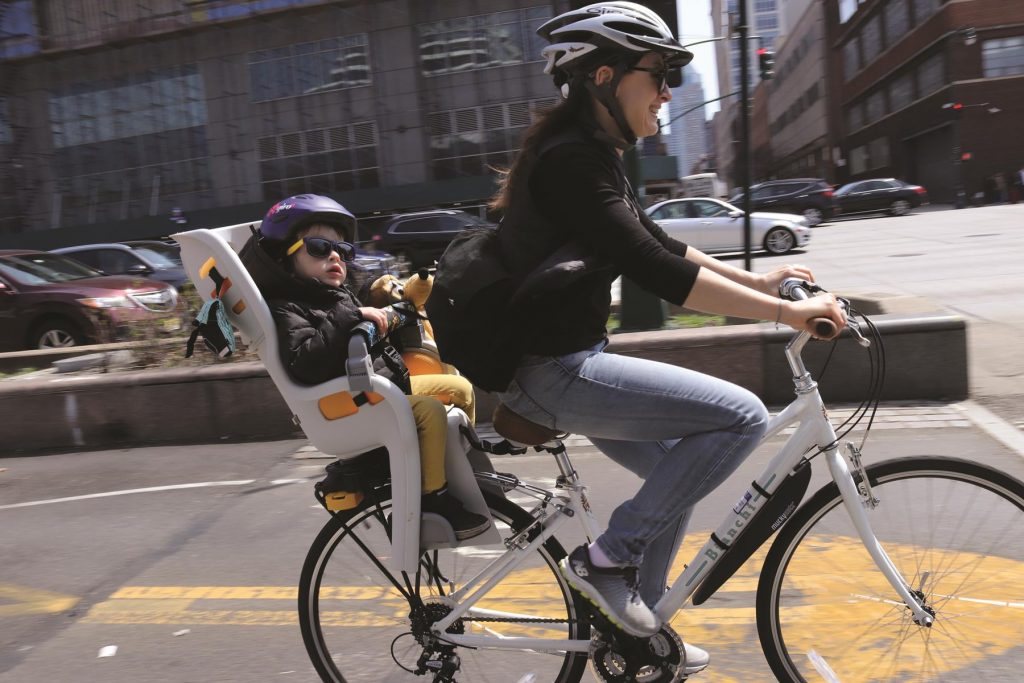 Visitors who don’t have access to a bicycle can rent one from either Blazing Saddles or Citi Bike. Both locations are conveniently stationed in Hudson River Park.

Cyclists can tour Pittsburgh in eco-friendly style by taking a ride on the Three Rivers Heritage Trail. This 20-mile stretch
of pathways is utilized by approximately half a million people per year as a means of recreation and transportation. As its name would imply, the trail has three sections along the three major Pittsburgh rivers: Allegheny, Ohio, and Monongahela.

Visitors on the northern section of the trail can access destinations such as Herrs Island and Allegheny Landing, one of the first urban area riverfront sculpture parks in the U.S. Furthermore, those traveling the middle section can view the Pittsburgh Convention Center, Hot Metal Bridge, and the 486-acre Schenley Park. The southern segment allows cyclists to encounter the historic Smithfield Street Bridge and popular SouthSide Works shopping and dining area.

These are only a sampling of the attractions and sights that visitors come across while cycling this collection of pathways. Visitors without access to a bicycle can stop by Golden Triangle Bike Rentals, located near downtown Pittsburgh.

The Eastern Promenade Trail is a beautiful exploration of the 73-acre Eastern Promenade Park in Portland, Maine. Visitors can elevate their experience by using bikes to peruse sections of this pathway, which was designed by the architects responsible for Central Park. One highlight of the pathway is the Harborwalk Trail, which passes through the Old Port and across the Casco Bay Bridge.

Another highlight is the Loring Memorial Trail, which requires visiting cyclists to take a short break from their bikes and climb a sequence of stairs. Those who do can enjoy a stunning view of islands located offshore.

Certain areas of the Eastern Promenade Trail allow cyclists to experience some American history on top of a lengthy riding opportunity. Visitors who step off the bike trails at Fort Allen Park can observe vintage cannons and an earthen fort constructed with the purpose of defending the harbor throughout the Revolutionary War and War of 1812. Those biking the Eastern Promenade Mid-Slope Trail can visit the Maine Narrow Gauge Railroad Co. and Museum. This attraction preserves the unique system of railroads that served small communities and contributed to Maine’s economic development. The pathway is also a delight for maritime enthusiasts, as it lines the shorelines of Portland Harbor and Casco Bay. Passing bicyclists can view marinas and ferry terminals that transport people to the outer islands.