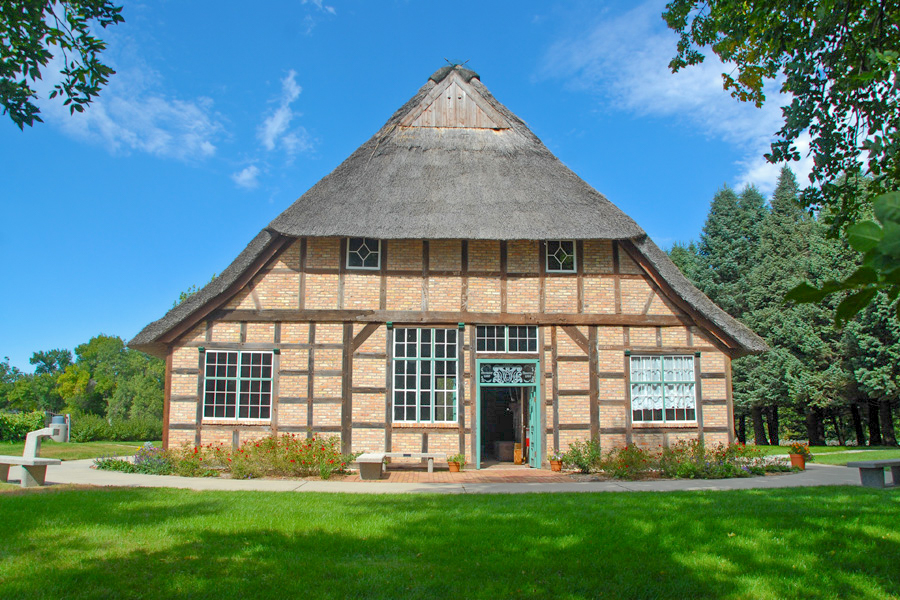 Looking for fun trip ideas? Charming, quaint and picturesque Manning, Iowa is where early settlers from Germany immigrated to in the late 1800s and early 1900s. The Manning Hausbarn Heritage Park located in Manning is not only a great place to spend the day outdoors but is also steeped in history. Housing an authentic German hausbarn, a church and a farmstead, plan a visit to this beautiful location and learn more about its many cultural landmarks by taking a guided tour offered by a great team of volunteers.

The History of Manning

Manning’s settlers were mostly natives of Schleswig-Holstein and Hannover, Germany. According to local church history, the first pioneers were so delighted with the fertile soil present in the Manning area that they soon wrote to their relatives and friends in Germany to come to America. As a result, many people came from the old country directly to Manning, Iowa in the late 1800s and early 1900s. 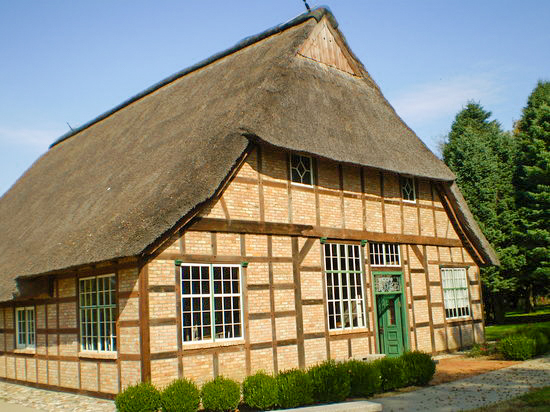 Built in 1660 in Schleswig-Holstein in the northwest part of Germany, the hausbarn is the main attraction in Manning Hausbarn Heritage Park and a tribute to the German heritage of the town and its residents. After many years of political unrest including two world wars in Germany, the hausbarn was dismantled and sent to Manning where it was reassembled on the Leet/Hassler Farmstead established in the 1910s by a local farmer. This unique thatched roof barn structure comprises living quarters for a family with traditional bedrooms, dining rooms and cooking areas along with shared spaces for farm animals and equipment all under one roof. 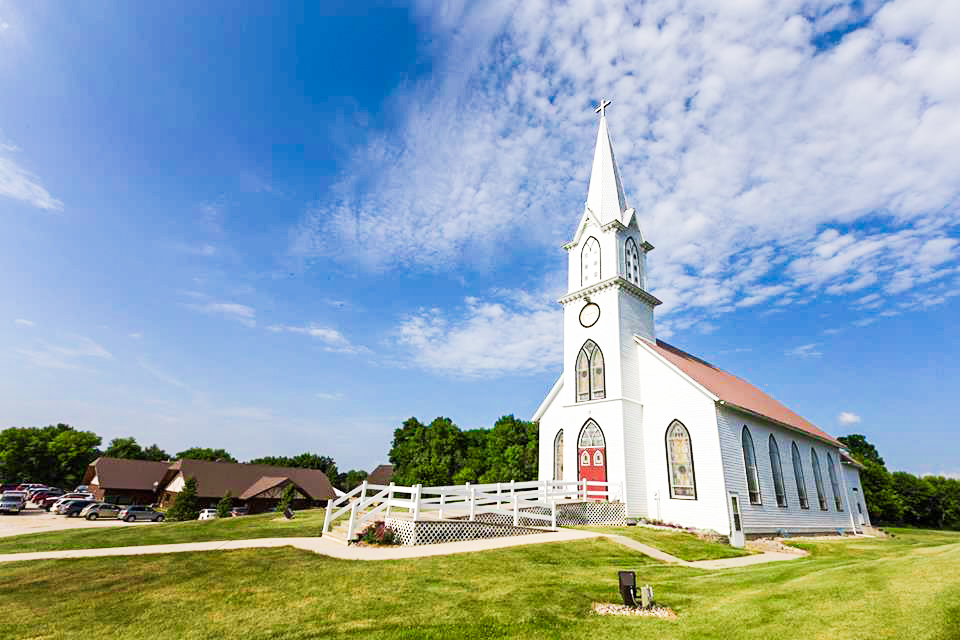 When northern German immigrants arrived in Manning, they organized a congregation that would meet in a school house. They soon built the Trinity Lutheran Church in 1884, which outgrew its capacity and was rebuilt in 1901. In an unfortunate turn of events, the church was destroyed by a tornado in March 1913 but the undeterred congregation immediately began reconstructing the church, which was completed in six months. This historical structure still stands in the Manning Hausbarn-Heritage Park. However, over time, the congregation could no longer sustain the church and members began leaving. In 2006, the church was closed after its 125th anniversary. In an effort to preserve this historical structure, the Manning Community Foundation opted to move the church to Manning Hausbarn Heritage Park. The move was quite the event for the residents of Manning, who raised $100,000 for the relocation of the church. It took four hours to cover a distance of 11 miles. Forty wheels supported the structure from underneath, which weighed 112 tons and was 78 feet long and 34 feet wide with a 92 feet high steeple. The church was laid on its new foundation on June 9, 2006. 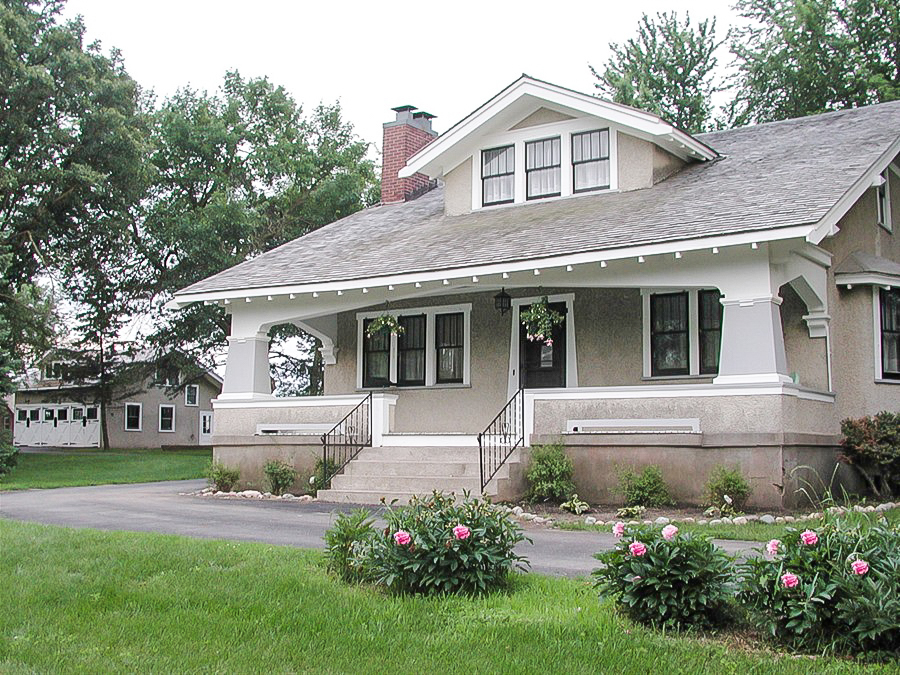 Built in the 1910s, the Leet/Hassler Farmstead finds a place in the National Register of Historic Places. Once owned by wealthy farmers, William A. Leet and Frederick H. Hassler, the farmstead affords a one and a half story craftsman style bungalow with a three-bay garage, a braced-rafter gambrel-roofed barn, hog house, chicken house, scale house and boar house. The boar house is said to have housed an award-winning swine. There are also two rock planters, a birdbath and a fish pond constructed by a local mason and dating back to 1916. The bungalow still features the original flooring, woodwork and decorative interior accents along with plumbing and light fixtures.

Not exactly a cultural landmark, the Konferenz Centre with its Hansen Hall, dining room and industrial kitchen makes the facility a popular venue for social gatherings like family reunions and weddings as well as business conferences. The Roten Bar Tavern and accompanying courtyard is open every Thursday evening, often with music, food and drinks special for the community to gather and enjoy good company. Less than a decade old, the center ideally complements the Manning Hausbarn Heritage Park.