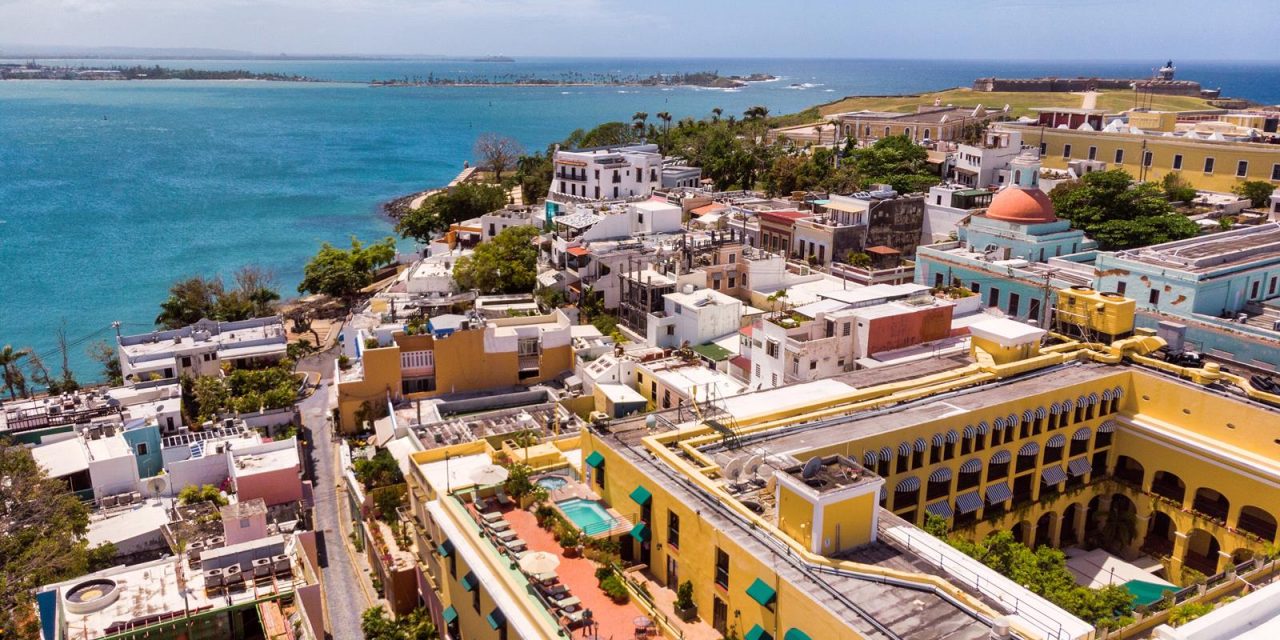 In a walled city dating back to the Spanish conquest, what better place to be cloistered than its most historic hotel. As the name hints, Hotel El Convento was a convent in an earlier life and today welcomes guests with Old World trappings and an aura of refinement. A member of Small Luxury Hotels of the World, it is the most exclusive hostelry in Old San Juan, a stylish choice for cruise travelers wishing to extend their Caribbean vacation. 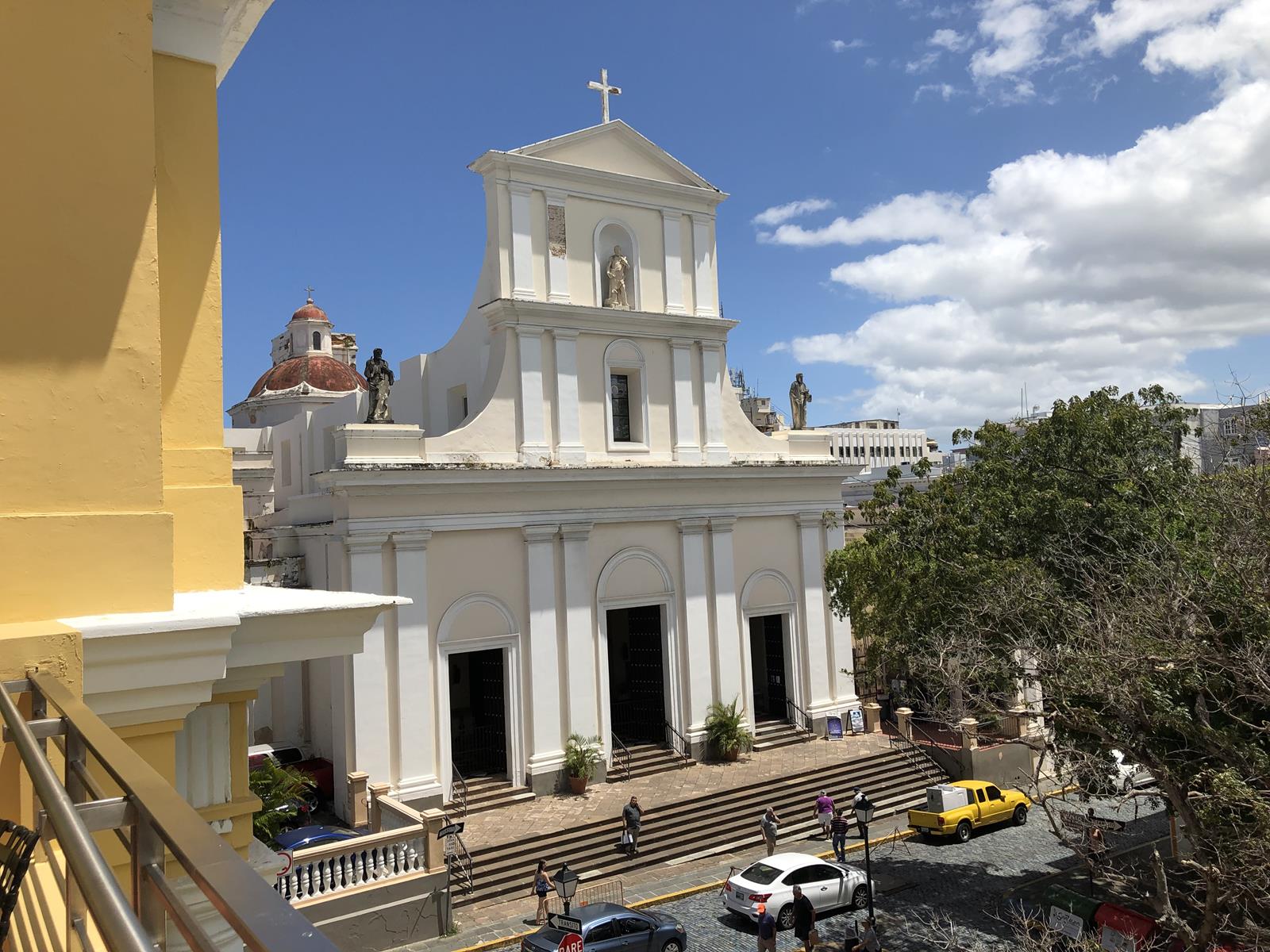 The location, across the bluish-cobblestone street from San Juan Cathedral and within easy walking distance of other sights, is perfect. Both the hotel and cathedral face an idyllic vestpocket park, Monjas Plazuella (“Little Plaza of the Nuns”), a peaceful place to read, listen to a street entertainer or observe the neighborhood cats. 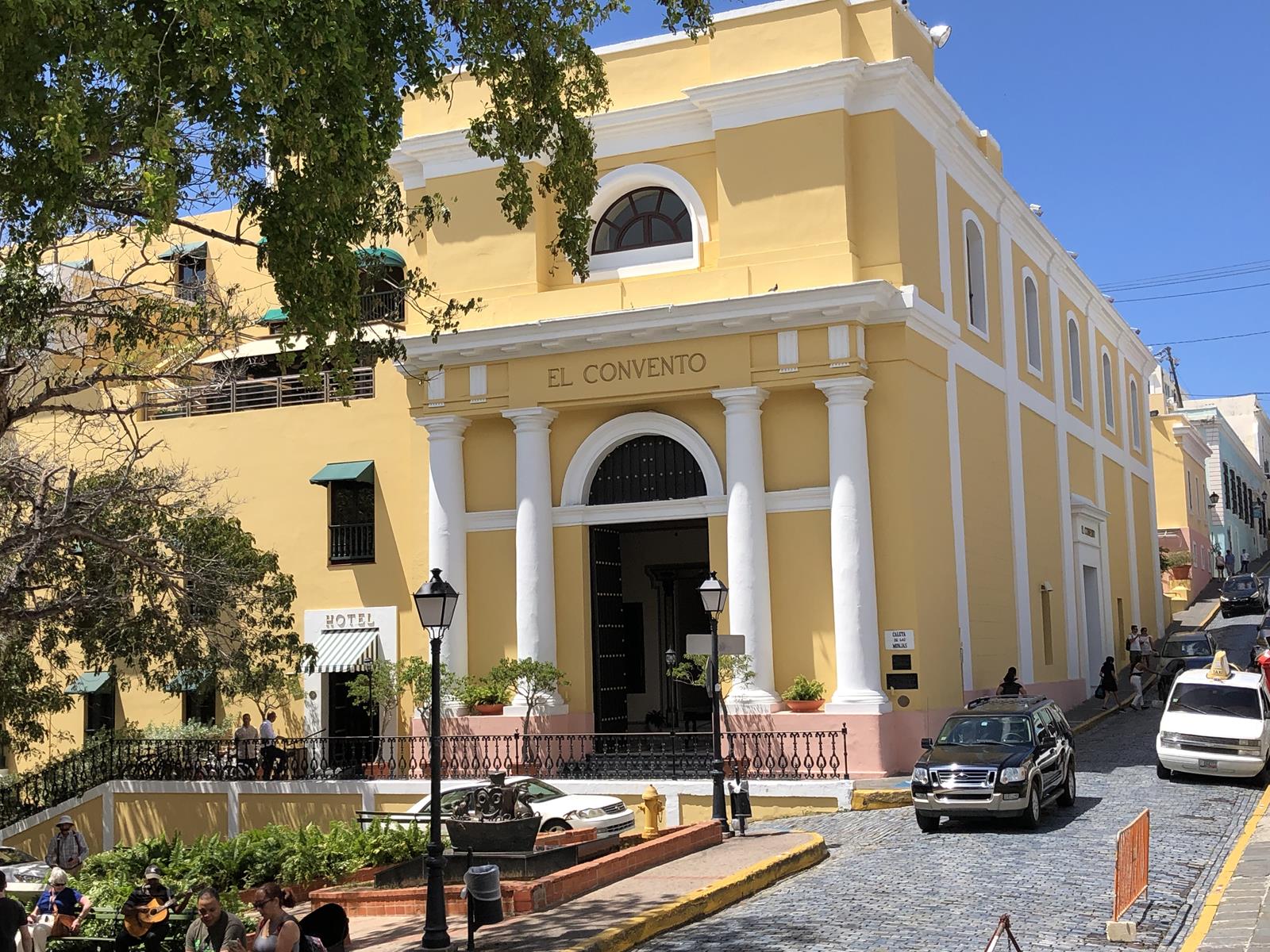 Hotel El Convento is located on a cobbled street in the heart of Old San Juan. (Randy Mink Photo)

Extensive restorations, started in the early 1960s by Robert Frederic Woolworth, an heir to the Woolworth fortune, have preserved the integrity of the structure that housed nuns from 1651 to 1903. The Carmelite convent had stood empty for a decade when the Archdiocese of San Juan purchased the building in 1913 for $151. Over the years it was a retail store, a dance hall and (for 40 years) a flophouse without running water or electricity. 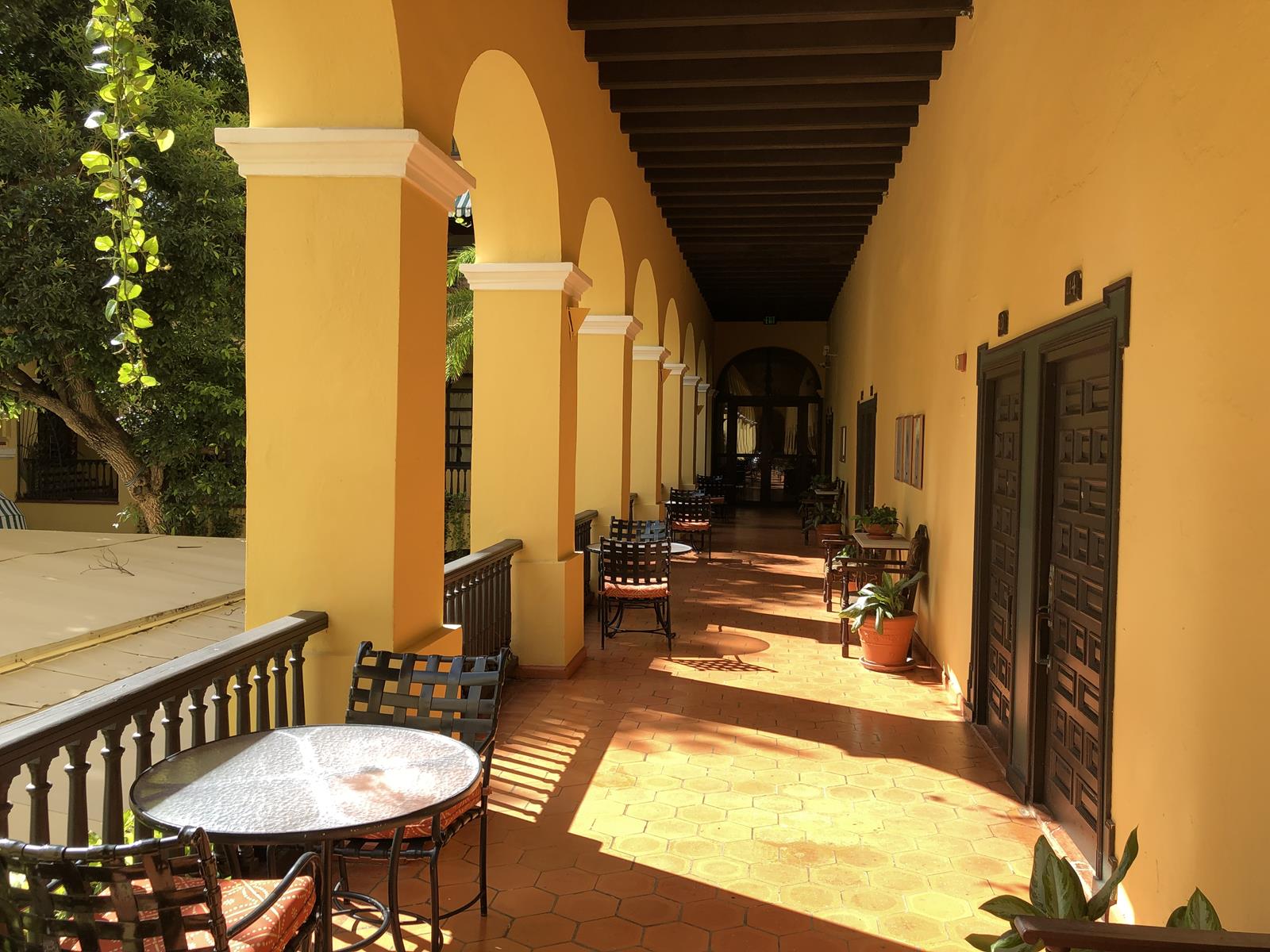 The hotel’s second floor sports a wide gallery that overlooks the courtyard below. (Randy Mink Photo)

Woolworth, coming to the rescue in 1959 by acquiring the piece of real estate for $250,000, spared no expense in remaking the decaying Cristo Street landmark into a grand, European-style hotel, furnishing it with Spanish antiques and artwork along with elaborate reproductions. Of special note are the original archways, beamed ceilings and wide galleries surrounding the courtyard. Off the lobby, the chapel, with its massive door and stained-glass windows, is now a venue for weddings, banquets and meetings. Its black-and-white checkerboard floor is original, as are the red glazed-tile floors in guest rooms and public areas. Rooms with the highest ceilings are on the second floor, part of the old convent. The third, fourth and fifth floors were added when the hotel was built. 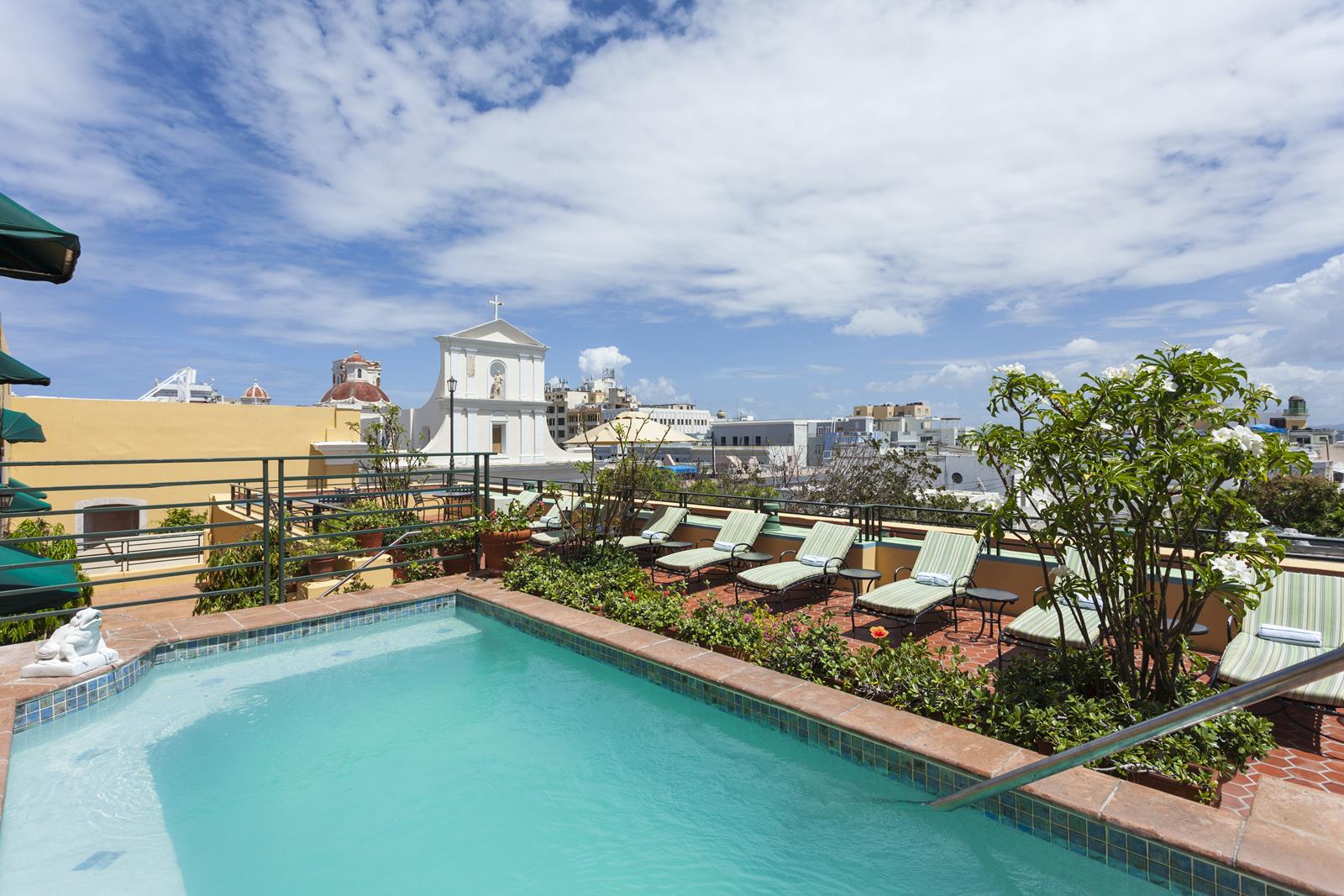 The open-air galleries, serving as guest room corridors, feature hanging plants and giant clay urns with palms and tropical plants. They overlook the courtyard restaurant, named Patio del Nispero for the nispero fruit tree in the middle, which makes a nice lunch spot for cruise passengers in town for the day. Amid overhead fans providing some breeze and the soothing sounds of a fountain, I enjoyed a lunch of red snapper with candied carrots and white beans, plus the best bread pudding I’ve ever had. Adjoining the patio restaurant for many years was El Picoteo Bar de Tapas, which had closed before Hurricane Maria hit the island in 2017. A new owner plans to reopen the popular hangout.

Fans also cool off the third-floor lounge/library, La Veranda Terrace, which has indoor and outdoor tables that fill up during the nightly wine and cheese reception. During the day during my two-night stay, in between sightseeing walks, I would visit the lounge several times to rest and take advantage of the fresh fruit and bottles of chilled water. Coming back to the hotel also gave me a chance to apply more sunscreen and recharge my mobile phone (for picture taking). 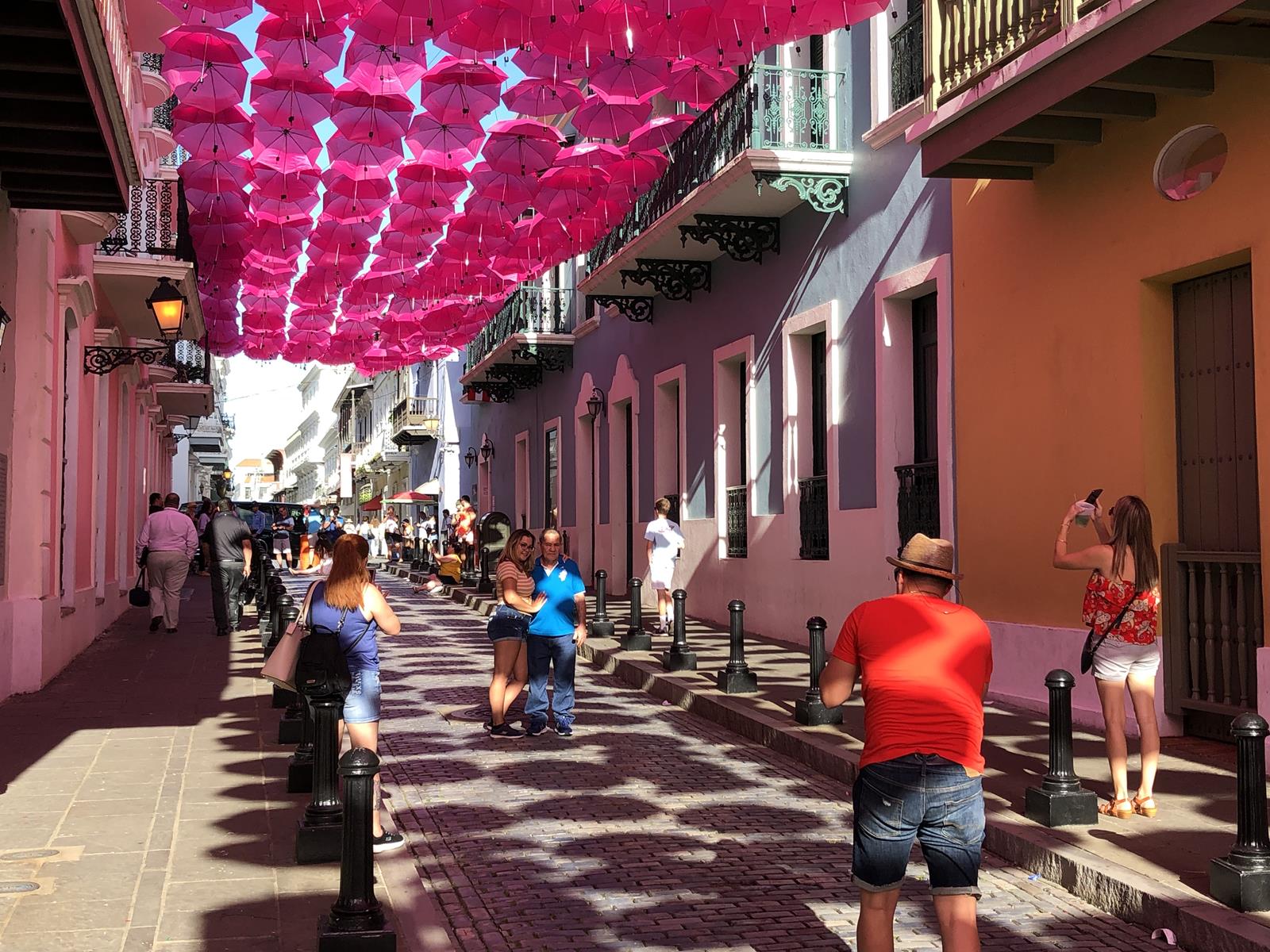 A floor above the terrace lounge is a sunning patio with lounge chairs, plunge pool and hot tub. Brimming with hibiscus, plumeria and bougainvillea, the rooftop retreat affords panoramas of the city and San Juan Bay. The fourth floor’s garden, occupying a nook next to the chapel windows, grows herbs like coriander, thyme, rosemary and black pepper, plus lemons, mango, spinach and pomegranate. Exploring the hotel, you also may encounter Trixie, the resident cat. 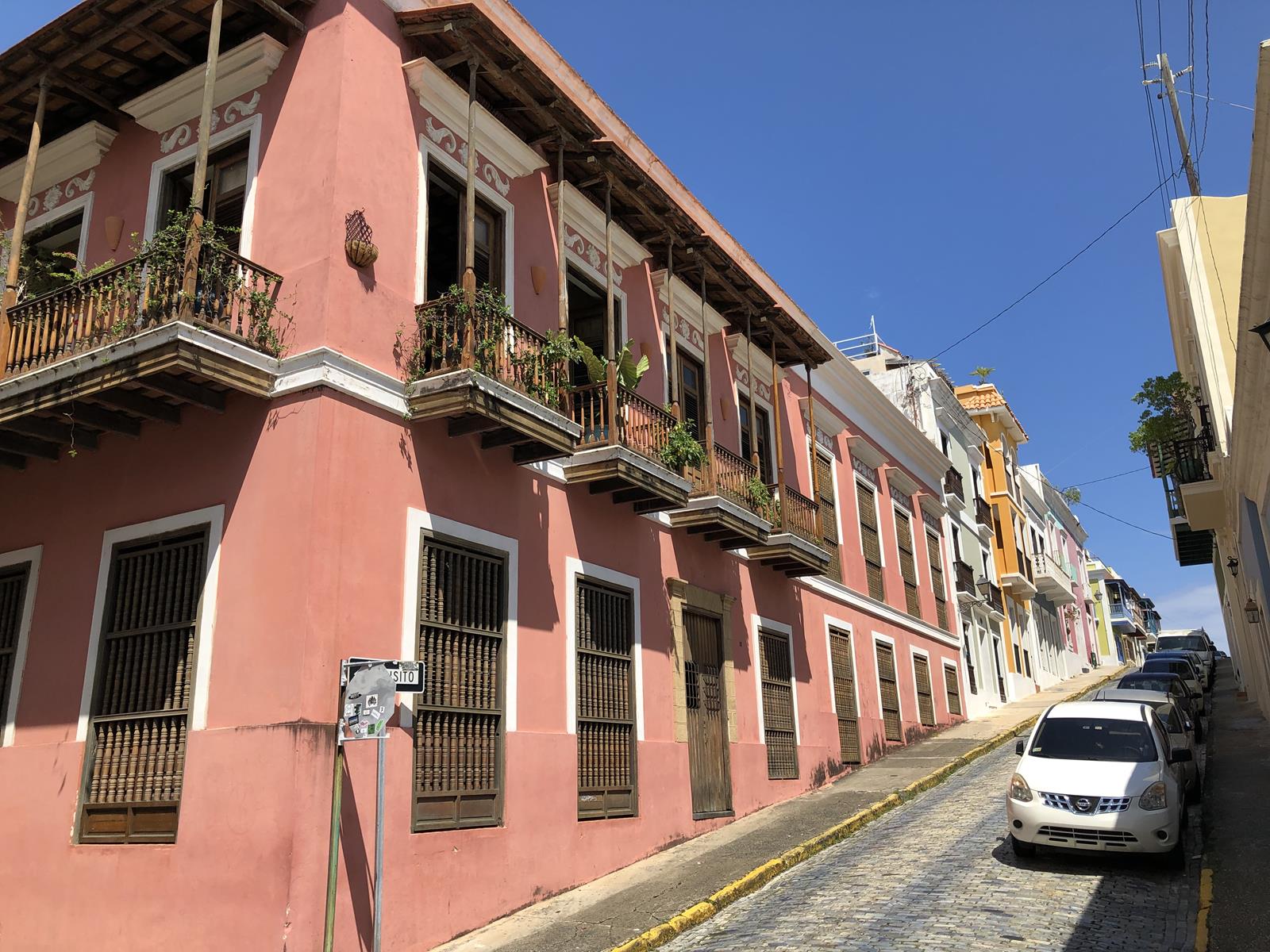 Of the El Convento’s 58 guest rooms spread out over five floors, two are suites named for designer Gloria Vanderbilt and Spanish cellist/composer Pablo Casals. The latter lived in Puerto Rico in his later years and played in the hotel’s courtyard. The Vanderbilts have a long history on the island.

Among the rich and famous who flocked to the El Convento after its opening in 1962 were Rita Hayworth, Robert Montgomery, Ethel Merman, George Hamilton and Lynda Bird Johnson. The chapel at that time was turned into an elegant dining room, strictly black tie, with Old World Spanish decor and a small dance floor. A flamenco troupe performed six nights a week, and there was dancing to Big Bands in the adjoining Club Convento. But by the end of 1970 the hotel proved to be unprofitable for the Woolworth family. Several different operators tried to revive the deteriorating property over the next two decades until it reopened in all its former glory in 1997. 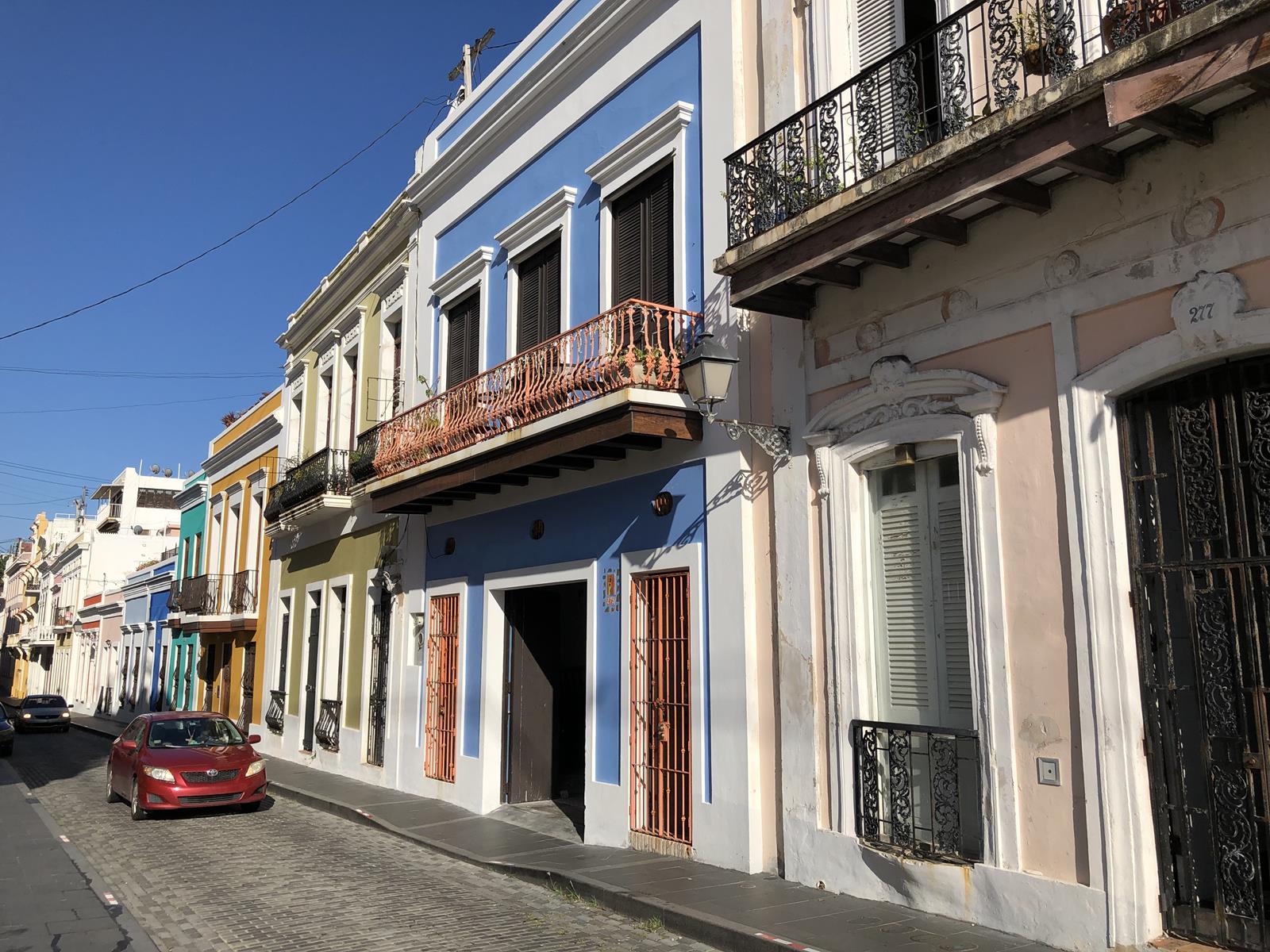 Today, visiting heads of states and other dignitaries stay at the El Convento, the “official guest house” of the Puerto Rican government. As do travelers seeking a classy place for their pre- or post-cruise visit.