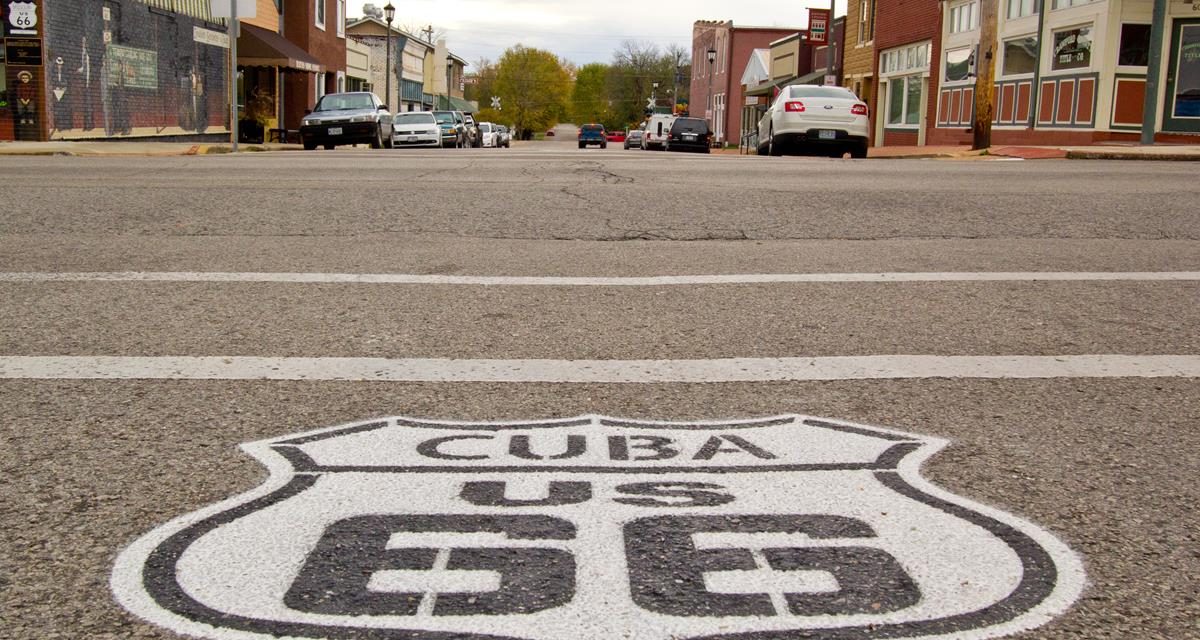 Following World War II, Route 66 became a popular vacation route for those seeking adventure. Stretching from the Midwest to the West Coast, the highway known as “The Mother Road” featured motor courts, popular eateries and quirky roadside attractions. Today, tourists in Missouri are still tapping into Route 66  experiences for a slice of Americana.

Although you will no longer find the 310-mile highway featured on a Missouri map, there are still many things to discover on and around old Route 66.

The best place to begin your Route 66 journey is the Missouri History Museum. Continuing through July 16, 2017, the exhibit Route 66: Main Street Through St. Louis will share the important role the highway played in 20th century America. While in St. Louis, stop by Ted Drewes Frozen Custard, just 15 minutes from the Gateway Arch. They ‘ve been serving their famous concretes for more than 60 years.

It’s rumored that outlaw Jesse James used Meramec Caverns to hide out and stash his loot. If he did hide anything, it hasn’t been discovered…yet.

From signs to gas pumps, the vast collection of roadside memorabilia at Bob’s Gasoline Alley is sure to impress. The fully restored and charming Wagon Wheel Motel has been welcoming ROute 66 travelers for more than 80 years. The nearby Fanning U.S 66 Outpost & General Store is the shopping spot for Route 66 souvenirs – look for the giant rocking chair. A visit to St. James Winery will not disappoint. You can sample 30 different varieties of wines and juices. 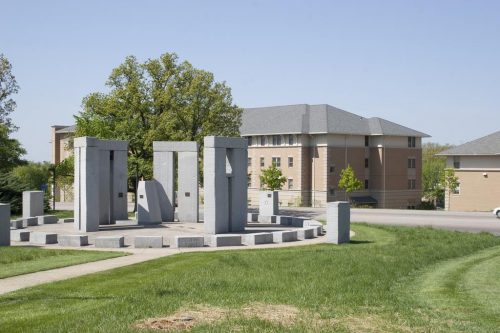 Visit the Missouri University of Science and Technology campus for the opportunity to see a half-scale replica of Stonehenge. It was created using water jet technology. The Mahaffey Museum Complex at Fort Leonard Wood provides escorted tours. The museum focuses on three U.S Army divisions: Engineer, Chemical and Military Police.

Following a meeting at the Colonial Hotel in Springfield, highway officials sent a telegram to Washington, D.C., on April 30, 1926, proposing the new highway be designated U.S Highway 66. The Route 66 Visitor Center, Steak ‘n Shake Drive-In and Gary’s Gay Parita in nearby Ash Grove are icons attesting to Springfield being the birthplace of Route 66. The Best Western Route 66 Rail Haven celebrates the nostalgia with vintage signage and gas pumps. Inside Fantastic Caverns it’s always a comfortable 60 degrees. Sitting in comfort, you’re driven through this underground attraction on a bright red tram.

Precious Moments Chapel and Gardens in Carthage is devoted to artist Sam Butcher’s virtuous figures. Check out historic Boots Court Motel with its 1949 Art Deco-Streamlin Moderne design. The Webb City Route 66 Center is a good stop before visiting the 32-foot-tall Praying Hands statue and the Kneeling Miner, a tribute to are mining history.

An old rock tavern was converted into the Candy House Chocolate Factory. Sample before you buy. At Sandstone Gardens plan to be immersed in beauty and tranquility. There are photo ops galore at the nearby Route 66 mural.