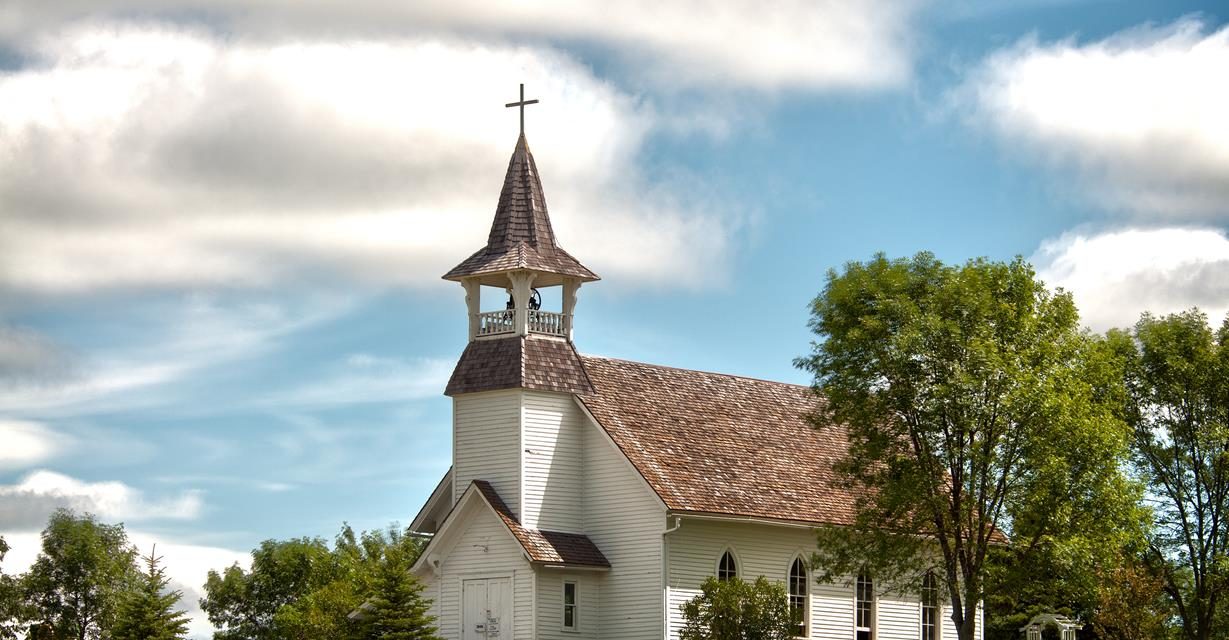 Travel back to pioneering times, get a glimpse of farm life and discover the historic frontier of South Dakota’s prairie lands.

Grinding wheat and twisting rope seem primitive in our technology driven, fast-paced world. On the plains of South Dakota, however, these hands-on chores are part of a storied tradition. Life slows down here, even if it’s just for a moment. Take a journey through the prairie lands of South Dakota, where we’re reminded of the pioneer days, the old-fashioned farms, traditional sod homes and the people that built this great state. 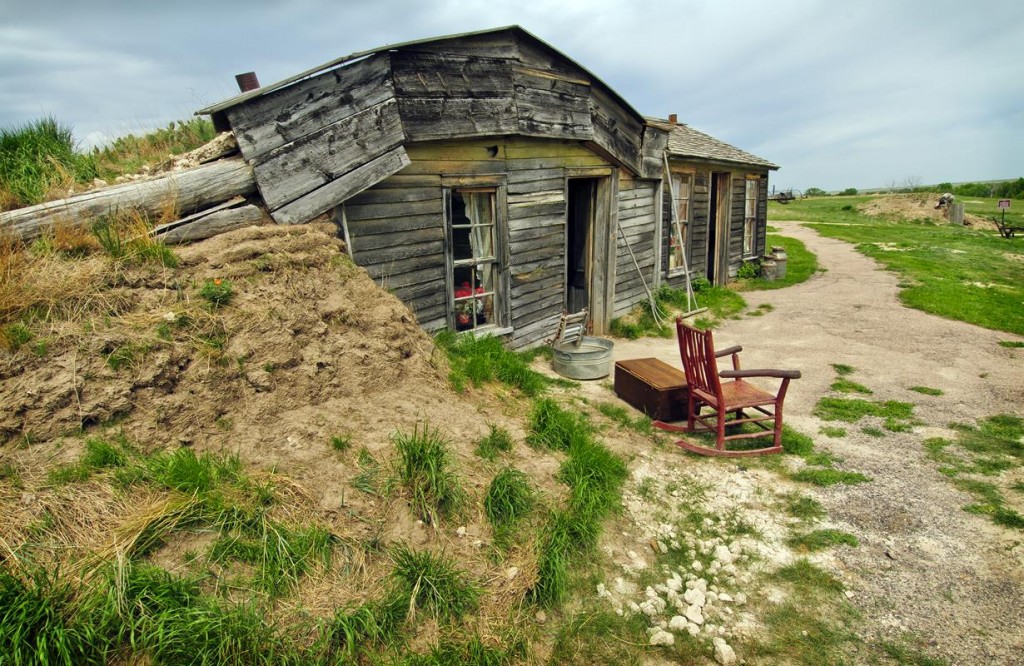 The Northeastern region of South Dakota is known for its fresh glacial lakes and sprawling prairies. Amid this stunning natural landscape lived varied communities: the woodland people, who settled in the area around 1200 AD; the Sioux tribes that came in the 1700s; the French and British traders who made their way to the region in the early 1800s; and the ambitious settlers of the Dakota Boom (1880–1890), who were eager for wide stretches of land and a new life on the frontier.

Each group left their mark on the land, helping to shape it to what it is today. While the state’s prairie lands have evolved extensively throughout the decades, there is still a sense of pride in South Dakota’s pioneer past. You can honor the traditions and accomplishments of those times as you venture to South Dakota’s museums, historical sites and prairie communities. 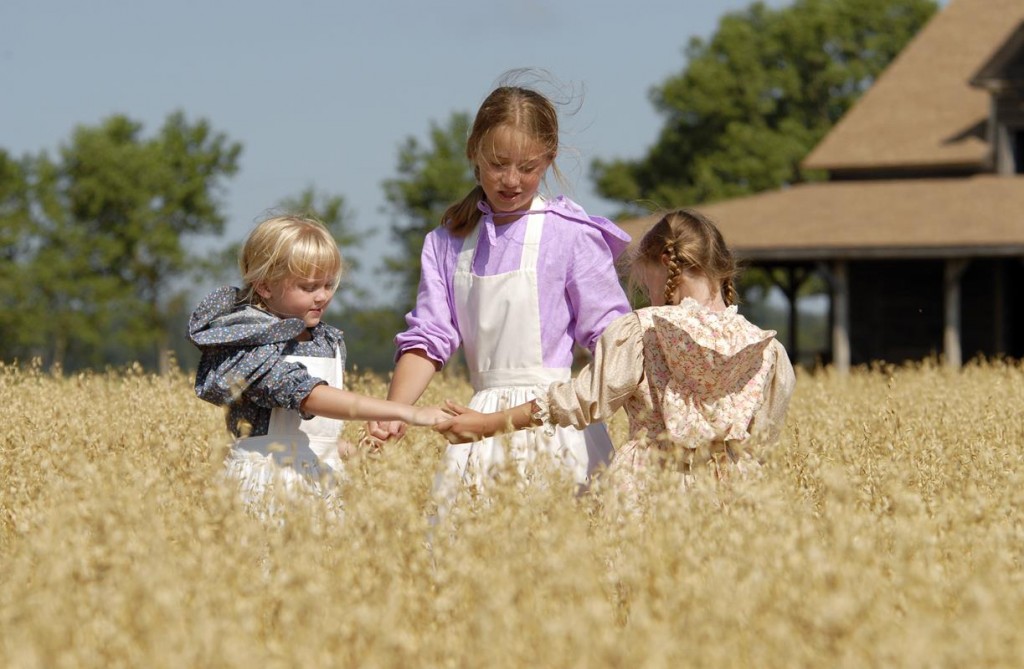 De Smet, located two hours north of Sioux Falls, is the famed childhood home of Laura Ingalls Wilder, author of the Little House on the Prairie series. This small community, nestled among expansive tall grass pastures and cornfields, was the inspiration for many of her books. It is here tour groups will find some 20 sites related to Laura’s life, including historic homes, schoolhouses and the homestead where the Ingalls family farmed. 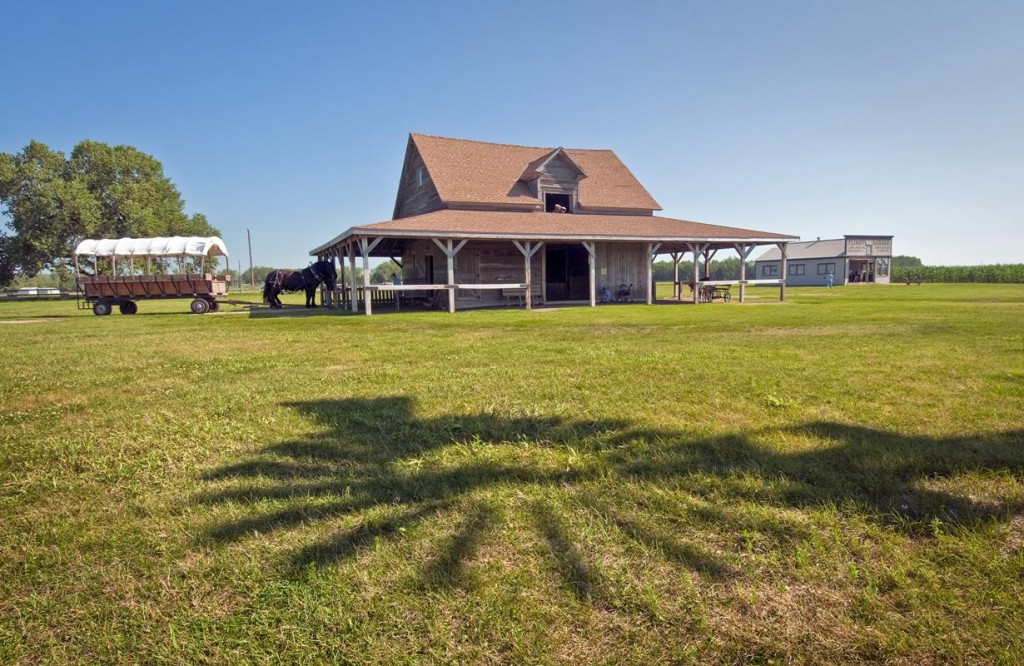 For a comprehensive overview of Laura and her family’s life, take an hour-long guided tour offered by the Laura Ingalls Wilder Memorial Society. Your group will begin at the Surveyor’s House, featured in the book By the Shores of Silver Lake. It was the first home the family lived in when they came to the region. You’ll make a stop at the First School of De Smet, where Laura and her sister Carrie attended classes. Then make your way to the Ingalls home on Third Street, which Charles (Pa) Ingalls built in 1887.

Continue your prairie adventure with a visit to the Ingalls Homestead, where you can relive the Little House stories. Groups can take a covered wagon ride around the homestead to see all the various structures. You can try your hand at hay twisting, rope making, and wheat grinding, and gain a true understanding of the 1880s way of life. 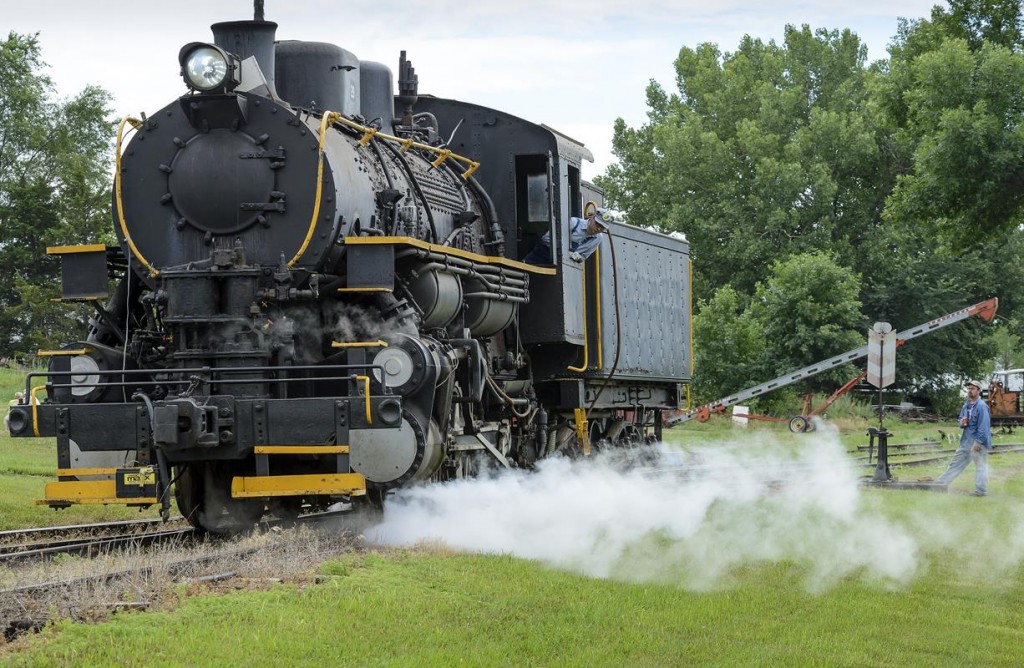 Less than an hour drive from De Smet is Historic Prairie Village, another testament to turn-of-the-century days in the Eastern Dakota plains. The 120-acre village features over 40 antique buildings, including the Old Madison Hotel and the Lawrence Welk Opera House. Explore the sod and log houses, the old country schools and churches, and make a stop at one of the last remaining chapel railroad cars, the “Emmanuel.” Groups can even take a train ride along nearly two miles of track that surround the village, taking in the wide expanse of South Dakota’s beautiful prairie land. 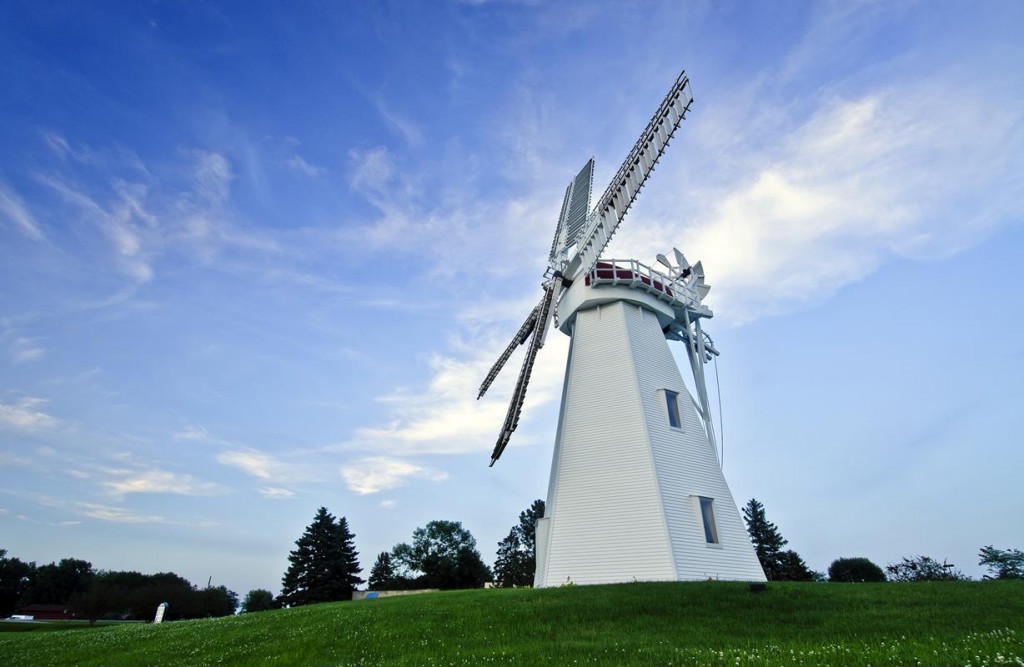 Venture a couple hours north, and your group will find the Old Holland Grist Mill in Milbank. English Settler Henry Holland built the historic structure in 1884. It stands forty-four feet high and is fitted with four large sails. It’s the only wind-powered gristmill in the state of South Dakota, and one of the few operating mills in America. Groups can take a tour of the mill and watch live demonstrations to see how pioneers used it to grind grain into flour.

For even more pioneering fun, head over to Sisseton and visit the Fort Sisseton Historic State Park, a restored 1864 cavalry outpost featuring 14 original buildings. Or check out the pioneer history exhibits at the Centennial Village and the Dacotah Prairie Museum in Aberdeen.

This portion of the state serves up a solid helping of prairie life, but there is so much more to pioneering to experience in South Dakota.

While the Eastern portion of South Dakota is home to many of the early pioneering communities, there are other attractions further West that are well worth a visit. 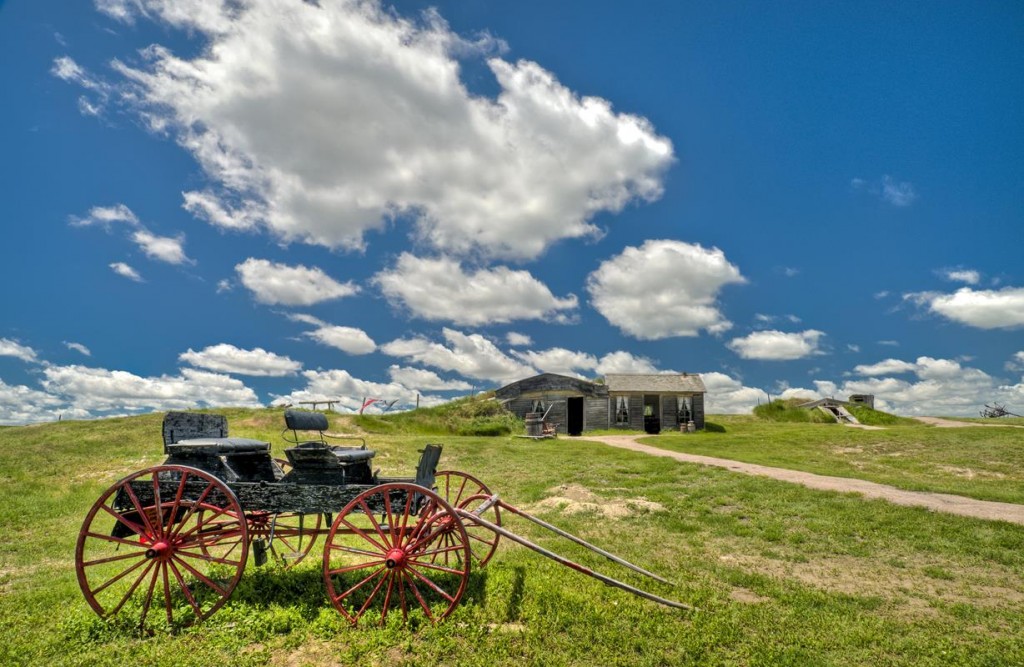 Prairie Homestead is located just outside South Dakota’s Badlands National Park. Experience the life of early pioneers on the interpretive walking tour. Groups can dress in traditional pioneer attire (if they so choose) and explore the old out buildings and sod house, one of the last remaining original sod homes intact today. The sod dugout and rickety shantie are genuine representations of the pioneers, giving you an exclusive look at an important piece of American heritage. 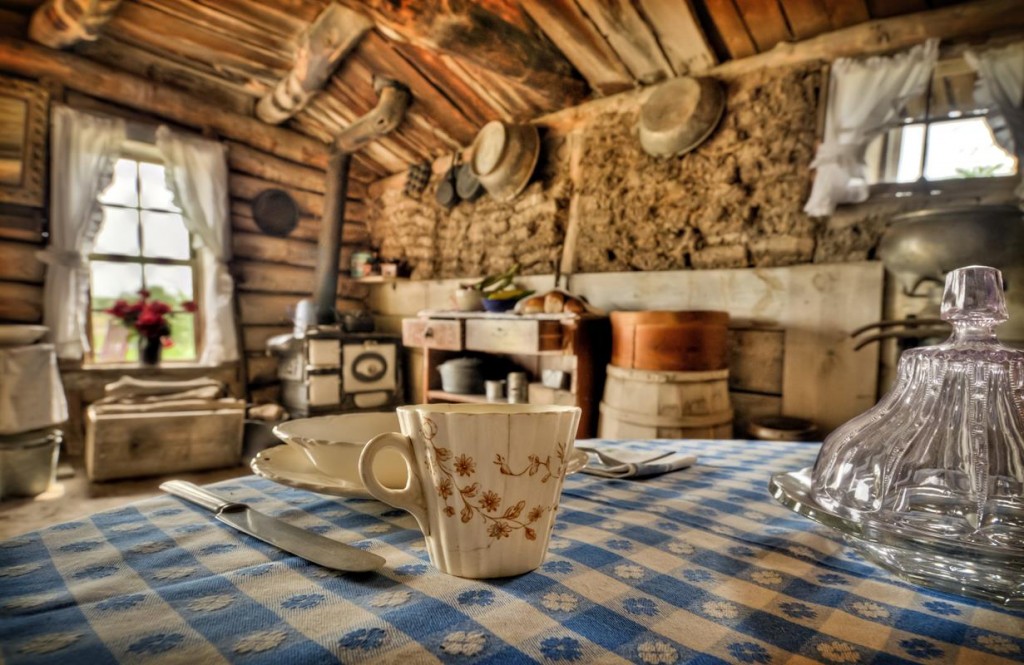 Become a part of history at 1880 Town, an authentic 1880 to 1920 era town located in Murdo. While it’s not an original settlement, the town consists of historically accurate buildings and structures collected from early South Dakota towns. Transform the whole group into characters of the west ($7 per person), and stroll down main street to admire more than 30 authentically furnished buildings, including a fourteen-sided round barn, a school house, church, Wells Fargo Bank and the old jail and sheriff’s building. 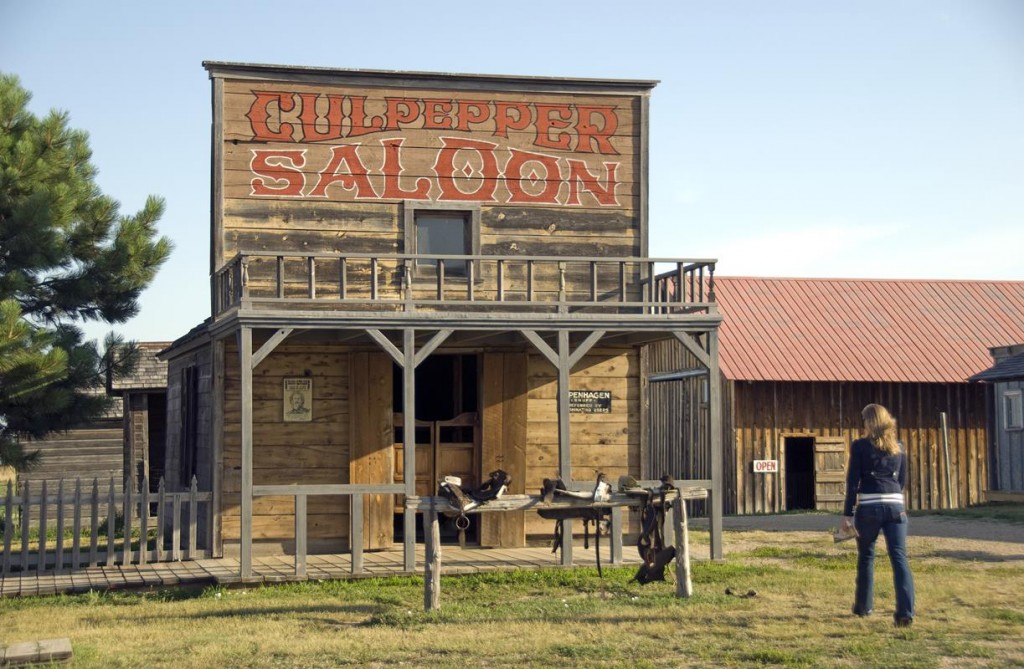 Be sure to stop in the Vanishing Prairie Museum to get a glimpse at some valuable artifacts, including General Custer’s boots, parade helmets worn by U.S. Cavalry Indian Scouts, Buffalo Bill memorabilia, and a large tribute to the late Casey Tibbs, the nine-time World Champion Rodeo Cowboy. Take a break from the tour and visit the Longhorn Saloon. Kick up your feet, enjoy a cold sarsaparilla and listen to the melodies of piano, just like they did in the old days.

Escape the tech-heavy, modern-day lifestyle and discover a simpler time in the prairie communities of South Dakota, where frontier history comes alive.