Pay a Visit to These Fabulous Virginia Beach Spots 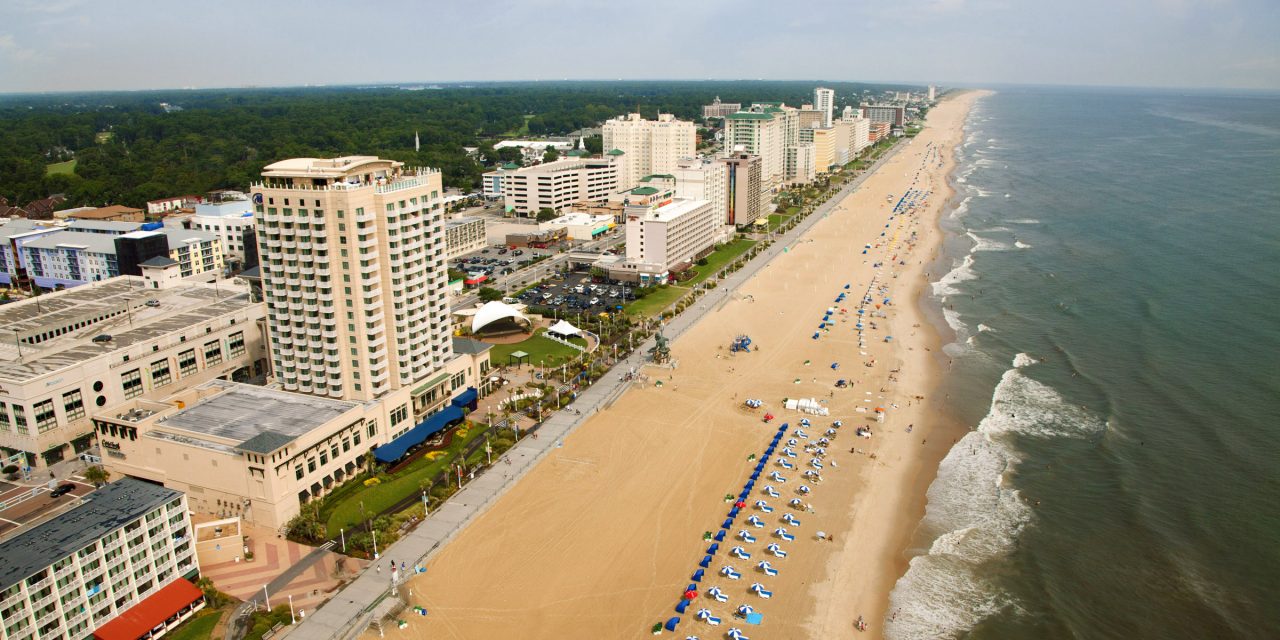 With an iconic boardwalk filled with attractions and activities, Virginia Beach is a must-visit destination

A dynamic coastal city with a wealth of activities and attractions, Virginia Beach is one of the most popular group destinations in the country.

With an iconic three-mile boardwalk, spectacular oceanfront views, a thriving beachfront area and a lively downtown, Virginia’s largest city is the perfect destination for all members of your group. Here are some top spots to visit on your next trip to Virginia Beach.

The famous Virginia Beach boardwalk at the oceanfront is a 28-foot-wide marvel that stretches three miles and features a separate bike path. Entertainment is offered nightly during the summer months and four oceanfront stages provide live musical acts. Along the boardwalk, there are a variety of outdoor restaurants and vendors offering bike and surrey rentals. One popular boardwalk stop is Grommet Island Park, a 15,000-square-foot beach park that contains an incredible playground with sculptures, in-place surfacing and raised sand tables enabling anyone to play in the sand. The Atlantic Wildfowl Heritage Museum, located in historic de Witt Cottage, provides groups the chance to learn about the city’s early history and wildfowl preservation. Walk just blocks from the beach to sample craft beers at Back Bay Brewing Co., named after the city’s wildlife refuge and decorated from salvaged materials. While on the boardwalk, don’t forget to visit King Neptune, a 24-foot, 12-ton bronze statue that stands at the gateway to Neptune Festival Park. This is one of the most popular photo opportunities in the resort area. 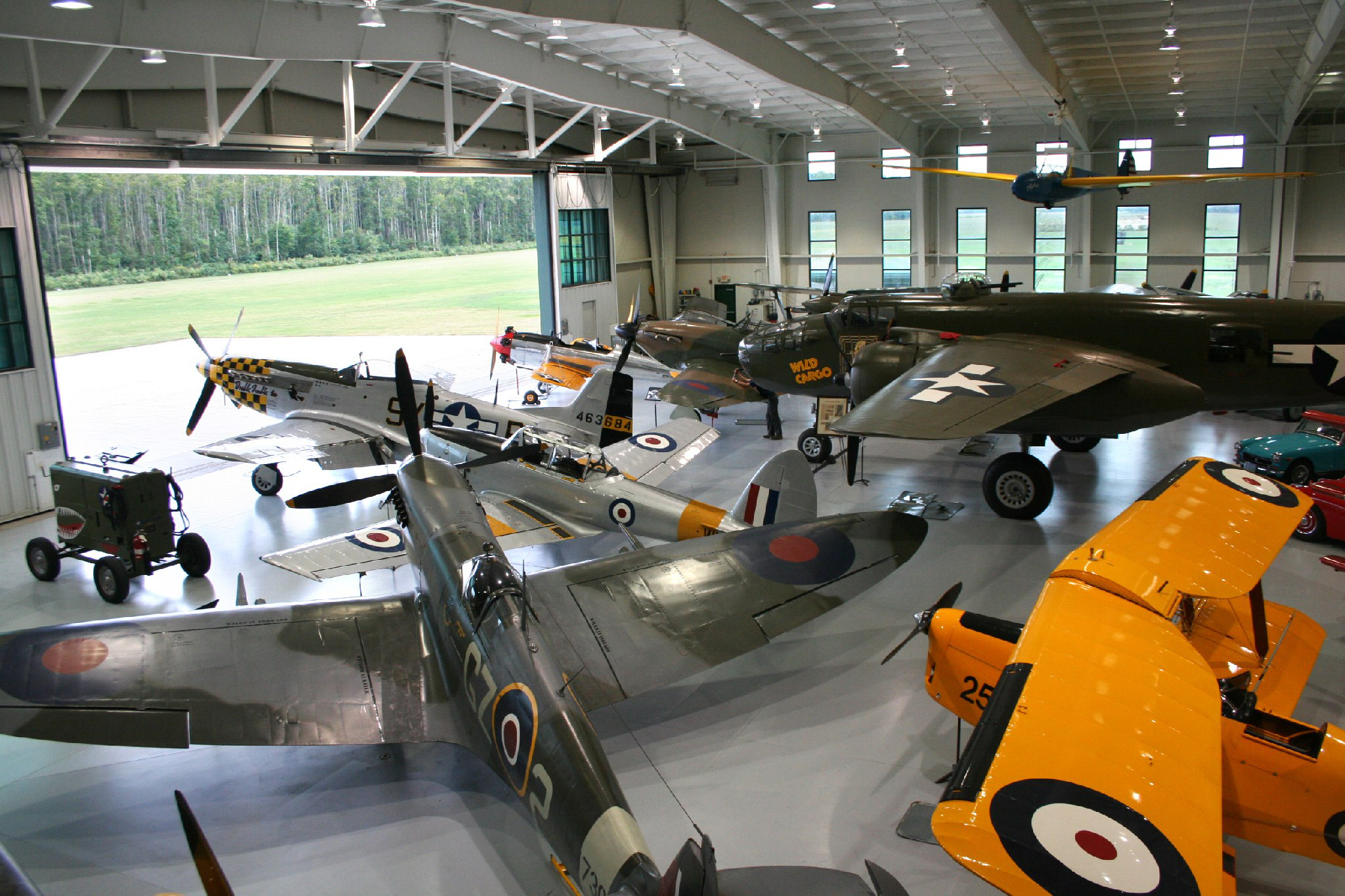 The Military Aviation Museum is home to one of the largest private collections of World War I and World War II-era military aircraft in the world.

The Military Aviation Museum is home to one of the largest private collections of World War I and World War II-era military aircraft in the world. Each plane has been restored to its prior military condition, using original parts whenever possible. Most of the planes are still flown at the museum during flight demonstrations and at air shows throughout the year. Among the museum’s many family-friendly activities include the chance to fly with one of the museum’s veteran pilots in one of these authentic planes, over the rural countryside of Virginia Beach, the Intracoastal Waterway and the sand dunes of the Back Bay Wildlife Refuge.

The first federally funded public works project of the newly formed United States government in 1792, Cape Henry Lighthouse was authorized by George Washington and overseen by Alexander Hamilton. In 1881, a newer lighthouse was constructed 350 feet from the original. The original and newer lighthouses were each placed on the National Register of Historic Places in 1966 and 2002, respectively. The original lighthouse is open to the public and an unimpeded coastal view can be enjoyed from the 360-degree lantern room. 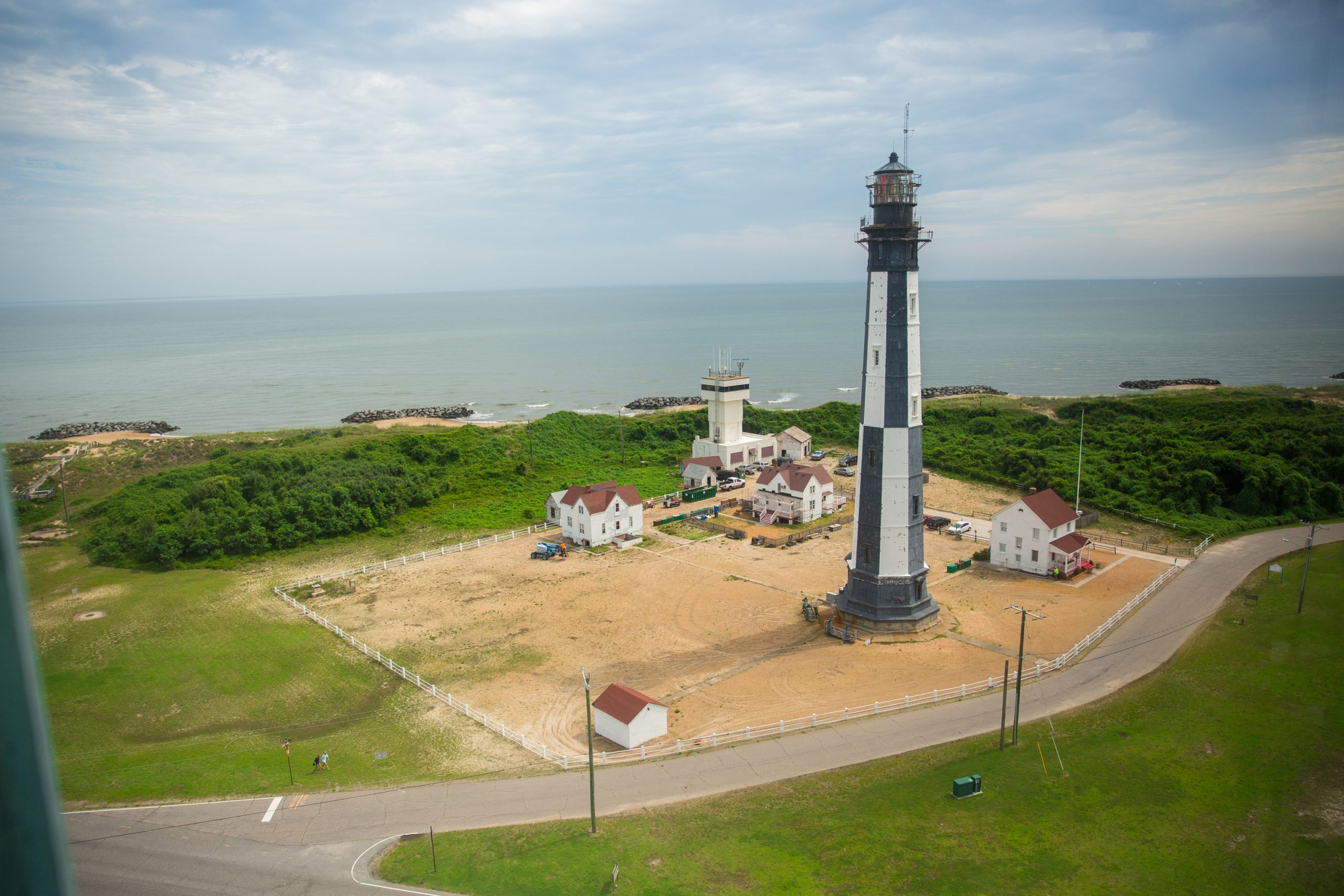 The original Cape Henry Lighthouse is open to the public and an unimpeded coastal view can be enjoyed from the 360-degree lantern room.

Just steps away from the lighthouse is the First Landing Cross, which commemorates the arrival of the first settlers in 1607. Although the original cross was replaced in 1935, the site itself is a symbol of something much bigger – the beginning of a nation. The cross served to affirm England’s claim on the area, placed by settlers who would later go on to establish the first permanent settlement in the new world to the north at Jamestown.

Whether you’re an avid marine lover or just enjoy exploring, there’s something for everyone at the Virginia Aquarium & Marine Science Center. Explore the more than 800,000 gallons of one of the best aquariums in the country which features hundreds of hands-on exhibits and a National Geographic 3-D Theater featuring a six-story-high screen. The aquarium features tens of thousands of fish species found in bodies of salt and fresh water from around the world. Come see the amazing variety of sizes, shapes and colors including a green moray eel, porcupinefish, a zebra shark and spotted eagle rays. At Adventure Park at the Virginia Aquarium, take to the trees at the largest adventure course on the East Coast with 13 trails of zip lines and aerial rope obstacles soaring up to 40 feet in the air.

Between December and March, whales migrate to Virginia Beach and provide quite the show. These beautiful creatures migrate based on water and air temperatures. January and February are generally the best months for a sighting. You’ll have plenty of opportunities to get up close with ocean life at an evening function at the Virginia Aquarium & Marine Science Center. Groups can also take a dolphin cruise from a variety of cruise companies including Rudee Tours, which offers 90-minute experiences narrated by experts who will share their knowledge and answer your questions about dolphins and other marine life.

The Virginia Beach Surf & Rescue Museum honors and preserves the history of Virginia’s coastal communities and maritime heritage. Housed within a former U.S. Life Saving Station built in 1903, the museum features exhibits about super storms, shipwrecks, local surfing legends and more. Standing proudly at 24th street on the boardwalk, the museum building is a Virginia Beach icon and is on the National Register of Historic Places.