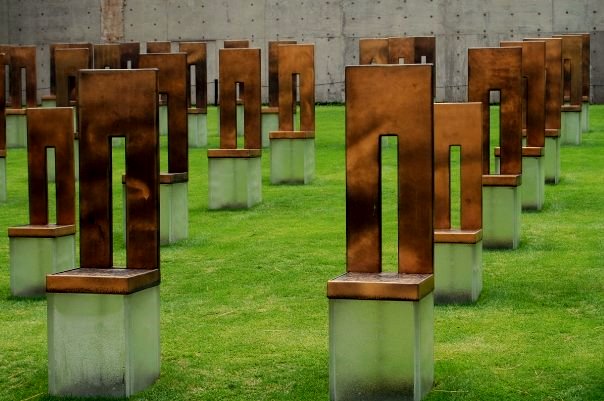 Up until the events of September 11, 2001, it was the most deadly terrorist attack ever perpetrated on U.S. soil. Generally known as the Oklahoma City bombing, the detonation of a truck bomb outside a downtown federal office building at 9:02 a.m. on April 19, 1995 sent shock waves across the country and changed Oklahoma’s capital city forever.

The Oklahoma City National Memorial & Museum, an indoor-outdoor site that honors victims, survivors and rescuers, serves as a reminder of the city’s resilience and has been one of its must-see attractions since opening 15 years ago. An affiliate of the National Park System but privately funded, it stands on the former site of the nine-story Alfred P. Murrah Federal Building, which was destroyed in the bombing. 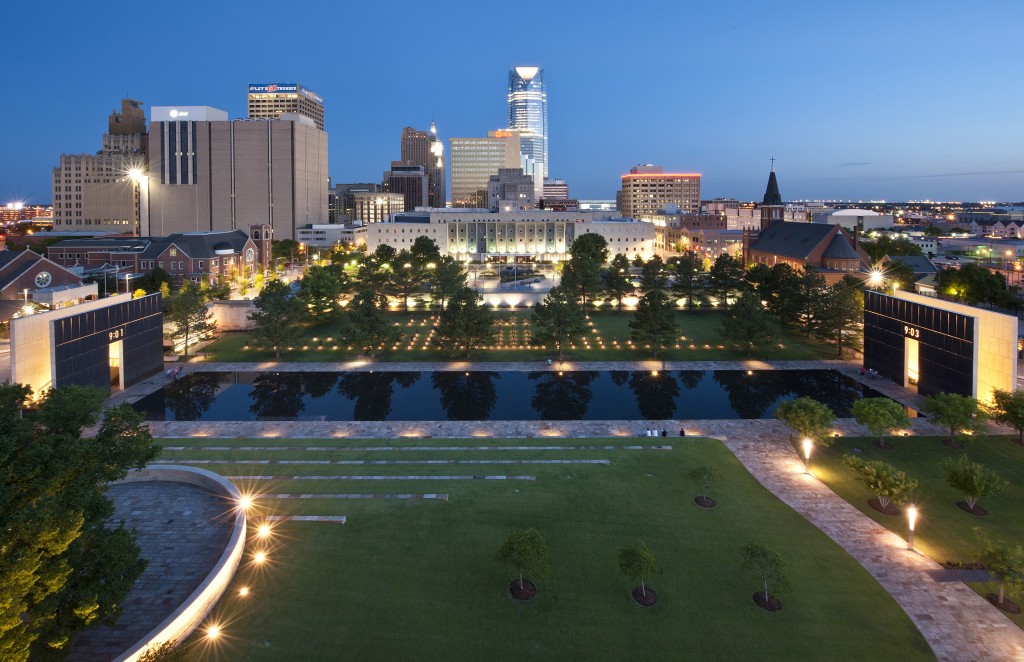 The Memorial Museum is housed in a building that suffered significant damage in the blast. Offering a chronological, self-guided tour through the story of that day and the weeks and years that followed, museum galleries present the event in 10 “chapters” spanning two floors, using artifacts, videos and touch-screen computers. One area is left exactly as it was after the bombing, with collapsed interior walls and ceilings and a preserved men’s rest room. The Outdoor Symbolic Memorial, a place for thought and reflection that is open at all times, is best visited after the museum.

Museum exhibits provide a timeline of the event, from everyday activities in Oklahoma City on that fateful Wednesday morning through the last exhibit about hope for the future. Artifacts include shards of glass, support beams, a crushed file cabinet and mundane objects like shoes and coffee mugs that belonged to office workers. Also see the twisted metal frame of the parked Ryder rental truck that was filled with explosives. 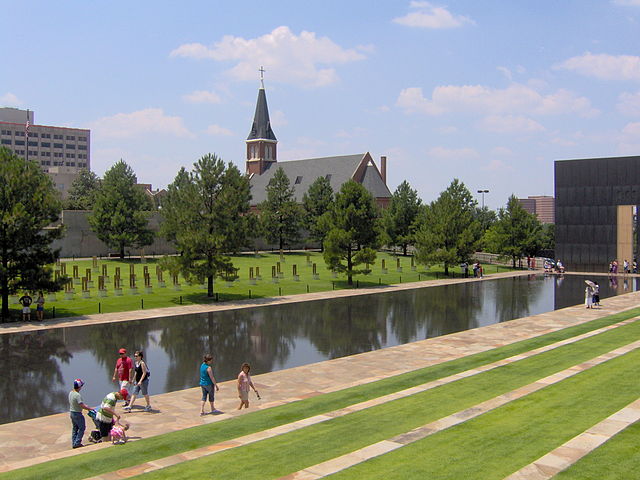 “I have seen people emerge from the museum in every possible emotional state, from tears to flag-waving pride,” said Kari Watkins, executive director of the Oklahoma City National Memorial & Museum. “There is a Reflection Station where we ask visitors to make comments, and over and over again they tell us it was one of the most moving experiences they ever had.”

Visitors hear the actual explosion as recorded during a meeting held directly across the street and then see newscasts of the chaos and destruction, including survivor accounts. Dramatic stories of rescue and recovery recall the heroic actions of rescue workers, the medical community and construction volunteers. (In addition to 168 people killed, 850 were injured.)

Rescue workers often couldn’t see the victims trapped in the rubble beneath them. Survivor Patti Hall recalls, “I heard someone say, ‘We can’t find you,’ and Nancy [Ingram] screamed, ‘You’re walking on our faces.’”

One overhead video reveals how a simple pocket knife and piece of rope on display were used by orthopedic surgeon Dr. Andy Sullivan to amputate the leg of Daina Bradley, who was trapped under a concrete beam. She and her sister survived, but her mother and two children were killed.

The Gallery of Honor has photos and personal effects of the 168 who died, plus interactive computers that provide their personal stories, with reminiscences by family and friends. Mementos chosen by the families include toys, needlework, Precious Moments figurines, a Secret Service badge and Marine Corps pin. (Families are totally involved in all aspects of the memorial and always will be consulted about future plans.)

Other exhibits detail the hunt for the evildoers (Timothy McVeigh and Terry Nichols), their capture and the trials that convicted them of the mass murder.

The Outdoor Memorial spans both sides of the block where the Murrah Building stood. On a grassy plot called the Field of Empty Chairs, 168 chairs are aligned in rows to represent the building’s nine floors. Glowing with light at night, each bronze-and-stone chair rests on a glass base etched with the name of a victim. The 19 smaller chairs recognize the children who were lost on that day (15 in the building’s daycare center in addition to four children visitors). At the east end of the green oasis is the only remaining wall from the Murrah Building; inscribed there are names of more than 800 survivors, some of whom were seriously injured.

The Memorial also has a block-long reflecting pool, children’s area and the Survivor Tree, an elm that miraculously withstood the blast and is now the memorial’s official logo. The bronze Gates of Time at the east and west entrances to the Memorial are inscribed 9:01 and 9:03, the moments before and after the tragedy.

In the years that have passed since those dark days, Oklahoma City has renewed its spirit and undergone significant economic development.

“This is not just a museum about a crime,” Watkins said. “Most of all it is a place to remember those we lost and the brave and noble way the world responded and the hope that transcended out of the horror.”