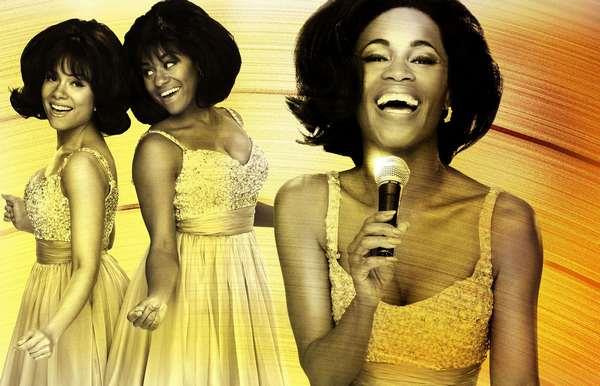 Kick up your heels and move to the beat. The pulse of Broadway can be felt across the nation as dozens of exciting shows hit the stage.

Leisure Group Travel talked with Stephanie Lee, co-owner and president of Broadway.com, who breaks down the upcoming year on Broadway, which includes classics and some welcome surprises. Throw in some incredible stars making their Broadway debut and novel talents making their mark on the industry, and the bright lights of Broadway will continue to beckon groups touring New York City.

Leisure Group Travel: Are there any you’re particularly excited about? 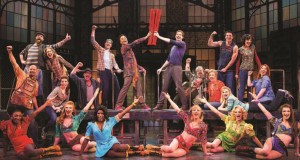 Kinky Boots, with music by Cindi Lauper, is an uplifting show that, despite its name, has nothing off-color, says Broadway.com’s Stephanie Lee.

Stephanie Lee: The one I’m really excited about is Kinky Boots. It’s based on a true story. And what’s really exciting is the music and lyrics have been written by Cyndi Lauper, so this is her debut on Broadway. Kinky Boots also had what I call our out-of-town run in Chicago, and sold out …and [got] fantastic reviews and word of mouth. I was fortunate enough to see it….What’s so interesting about Kinky Boots, despite its name, which some people may think, ‘oh wait, is this right for my group, it’s got the word kinky in it?’ is it’s such a wonderful story. It’s got great music, spectacular choreography and a really wonderful message because it truly is about family, about friends, about heartbreak, and there’s nothing off color about it. We often times of late see so many revivals on Broadway that it’s so great when you find a new musical and know that it’s a great group show.

LGT: Any other Broadway shows you can recommend to groups?

SL: The other one that I was fortunate enough to see out of town is Pippin. What’s fascinating about Pippin is that this is the 40th anniversary production of the 1972 musical, so it actually hasn’t been revived in 40 years. The director is a woman named Diane Paulus, and she’s just really innovative. What she’s done with Pippin is perfectly blend Broadway theater artists and performers with circus and created a mesmerizing revival.

SL: It really is. There’s another new musical called Hands on a Hardbody. It’s inspired by, again, true events. It’s based on a documentary…and it’s a story of a down-on-their-luck Texas town. And Trey Anastasio (one of the members of the band Phish) did the music. I don’t know how many Phish heads are going to come to Broadway, but what we’re seeing is the younger, newer demographic saying, you know, ‘where is [Trey Anastasio] going?’ He’s coming to Broadway! And it’s got a country twang, so it’s a different kind of music, which is refreshing. I think that has a greater appeal to people.

LGT: In regards to certain shows appealing to different types of groups, have you noticed any that have been particularly popular among group bookings? 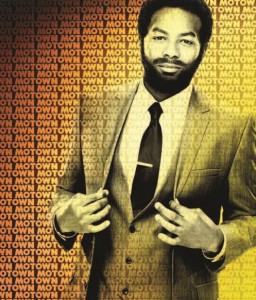 SL: Absolutely. Matilda. It’s a huge success in London, and it’s appealing to a wide variety of groups. What’s interesting about Matilda is it’s not pigeonholed just for student groups, and at this time, a majority of our groups happen to be adults. The other one that’s doing really well for groups is Motown: The Musical, the story of Berry Gordy and his discovery of Diana Ross, and Smokey Robinson. It has all those hits of the Motown era. And that’s a lot of fun because you go in there and those songs carry you through. I think Motown is going to have huge appeal to so many different types of audiences.

SL: We do see more musicals and plays opening in the spring. And the trend for us with group bookings is that there are so many products to offer groups, for every type of group, that we’re seeing a significant increase. For example, we have clients who would not necessarily book two trips, but because they want to book both Matilda and Motown…they are deciding to book multiple trips. When you have such rich content with all these wonderful shows, it makes the group leader or the tour operator think outside the box and potentially book more than they normally would or certainly more than maybe last year.

LGT: For these shows that you’re seeing a lot of interest in, how far ahead do groups have to book?

SL: Right now, the lead time is anywhere between 60 and 120 days out. The group buyers are able to take advantage of the early bird discounts, which are offered to groups for new shows. For example, Kinky Boots, I was able to book groups exclusively in October, and they were receiving over a 20% discount. They are deep discounts, but they’re for a limited time. So if a group leader or a tour operator is open to the idea and is savvy enough to take advantage of that, they lock in deep discounts. Booking early has become customary for most of our groups. Since spring is pretty full, right now we see a buying trend for groups booking for mid-summer through the end of the year.

LGT: So lots of activity then?

SL: There’s so much to offer and it’s such an exciting season this spring. There are great discounts, there are so many shows to choose from, whether it’s one of the new shows, the revivals, or one of the long-running shows, there truly is a show for every group coming to Broadway. There’s a show that’s appropriate, there are discounts to be found.

LGT: Have you noticed any other trends?

SL: We’re seeing so many different kinds of groups, and we’re seeing phenomenal business from the Brazilian market in January and July. What’s fascinating about the groups that are coming from Brazil is that English, for most of them, is a second language. So they are more inclined to book a show like Spiderman, where they can watch and follow the spectacle or enjoy the music and not get lost in the dialogue. That’s one trend that’s really fascinating to watch.

LGT: Do you see the coming year being just as successful?

SL: Yes, definitely. I think Broadway has become more group-friendly. The group minimum, which for years was 20, varies now. There are some shows that are skewed, and in order to take advantage of the group discount, nine people can become a group. Broadway.com has become more group-friendly, and there are certain courtesies with regard to groups. We can now hold inventory while a tour operator tries to sell their trip. Our company has also gotten better in making sure that a group leader has all the tools they need to successfully market and sell their trip. We’re constantly providing content about the show they might be considering, and if they book that, and we know that they are taking a risk booking it, we want to set the group leader up for success so that they’ll sell out their trip and hopefully book another one. That’s going to shift in our industry when their success is our success.

LGT: Do you have any other thoughts about Broadway that you want to share?

SL: We just want the groups to keep coming to Broadway…and they are! Broadway is ever evolving and it’s always going to be a number one destination, a global destination. It’s an exciting time. Broadway just keeps churning out plays and musicals, so it’s such an exciting time to watch the industry.