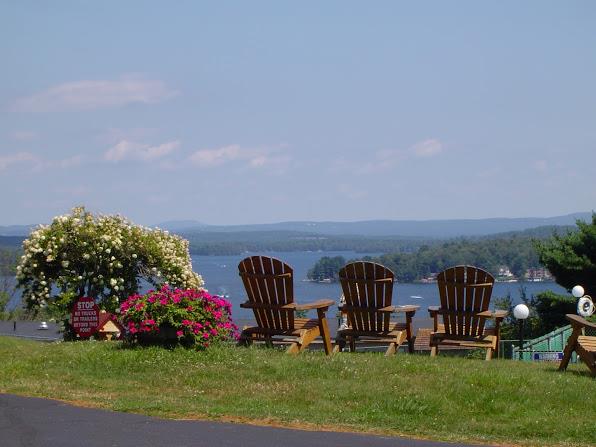 The stunning expanse of Lake Winnipesaukee, the largest of dozens of lakes scattered across the eastern half of central New Hampshire, has been drawing vacationers for generations. In fact, Royal Governor John Wentworth in 1768 built what reputedly was America’s first summer house on nearby Lake Wentworth.

Lake Winnipesaukee, called “Smile of the Great Spirit” by the Native Americans, boasts more than 200 miles of shoreline. With sheltered bays and harbors, 274 islands and a half-dozen resort towns, the state’s largest lake measures 24 miles long, varying in width from one to 15 miles. It’s just a two-hour drive from Boston.

Wolfeboro, near the southeastern end of Winnipesaukee, is the largest community on the lake and one of the prettiest. With tony boutiques, it’s quietly upscale and bills itself as the oldest summer resort in the country. The population swells tenfold every summer; one of those seasonal residents is Mitt Romney. Attractions include the New Hampshire Boat Museum.

Weirs Beach, Lake Winnipesaukee’s tourist magnet, offers a sandy beach and boardwalk lined with souvenir shops, plus rides and water slides. Funspot amusement park claims to have the largest arcade in the world, with more than 550 games; it also has indoor and outdoor mini-golf, 20 lanes of bowling, a driving range, an indoor golf simulator, zip lines and a 400-seat bingo hall. 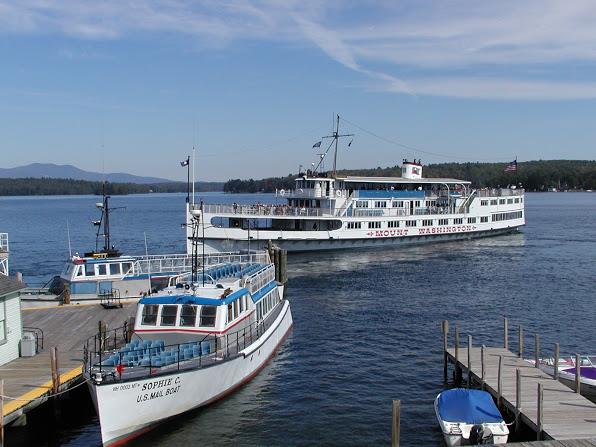 Groups flock to Weirs Beach to board the venerable M/S Mount Washington, which offers 2½-hour scenic cruises, a great introduction to the lake. From mid-May to late October, the boat carries up to 1,250 passengers, stopping at Wolfeboro, Alton Bay, Center Harbor and Meredith (can be boarded in those towns as well). Evening dinner cruises feature live music. Other cruise vessels also operate out of Weirs Beach.

Excursions on the Winnipesaukee Scenic Railroad showcase the lakeshore on one- or two-hour rides from Weirs Beach or Meredith. One option is the dinner train.

Upscale Meredith, with tempting shops on Main Street, is home to the American Police Motorcycle Museum and offers evening entertainment at the Interlakes Summer Theatre (Broadway musicals). The theater’s 2015 season will include The Addams Family, Sister Act and Xanadu.

In Center Harbor, Keepsake Quilting is a must destination for needlecrafters and one of the best places to buy handmade quilts. “America’s Favorite Quilt Shop” carries everything you need to create beautiful handiwork, including more than 13,000 bolts of cotton fabric. 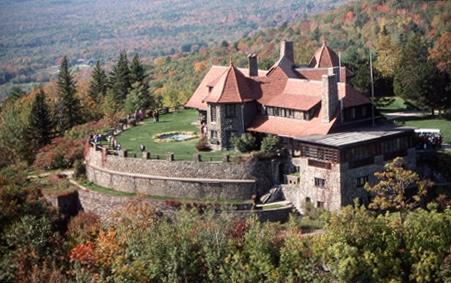 Castle in the Clouds

On a crest high above Lake Winnipesaukee, near Moultonborough, sits Castle in the Clouds, a stone mansion built in 1913-14 for an eccentric multimillionaire who had made his fortune in the Massachusetts shoes industry. Enjoy the views while dining in the Carriage House Cafe and Patio, which seems to be suspended between the lake and the sky. Hiking trails thread the property, and horseback and carriage rides are available. In Moultonborough, groups will delight in shopping for New Hampshire-made products at The Old Country Store, built in 1781 as a stagecoach stop.

Neighboring Lake Winnipesaukee are many other visitor-friendly waters, including Big Squam, Little Squam, Newfound, Wentworth, Winnisquam, Highland, Ossipee and Silver lakes. Big Squam and Little Squam (connected by a narrow channel) were the setting for the 1981 movie On Golden Pond, starring Henry Fonda and Katharine Hepburn. At Squam Lakes Natural Science Center in Holderness, you can walk the trails past enclosures housing black bears, bobcats, mountain lions and other wildlife. Naturalist-led boat rides focus on flora and fauna.

Center Sandwich, a picturesque village between the Squam lakes to the west and Sandwich Mountains to the north, abounds with crafts shops in 18th and 19th century buildings. White-clapboard houses clad with green shutters grace the quintessential New England town. Beside the town green is Sandwich Home Industries, renowned for its quality crafts. Groups can soak up the cozy atmosphere in the rustic pub or low-beamed dining room at the Corner House Inn, a landmark dating back to 1849. The surrounding woodlands make Center Sandwich a popular base for fall foliage touring.