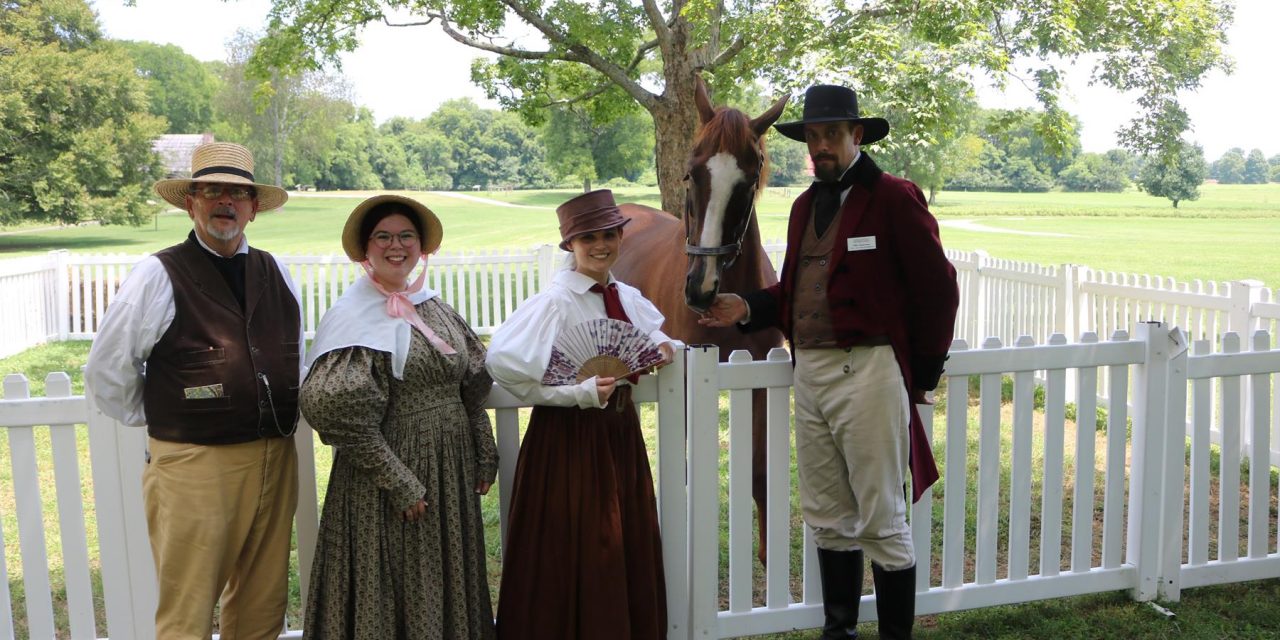 The Hermitage mansion, grounds and garden tell the story of America’s seventh president. Groups have a wide choice of options for planning tours and events.

Unorthodox, controversial and acclaimed as a champion of the common man, Andrew Jackson was one of the most consequential presidents of the 19th century. The life and legacy of this famous Tennessean is on full display at a prime Nashville tourist attraction—The Hermitage.

Groups get the full story as they tour the mansion, garden and grounds of the plantation where the nation’s seventh president lived for 41 years. Tour packages can be customized for groups of 15 or more. The Hermitage also serves as a venue option for motorcoach groups, reunions and others looking to book a special event in a special setting.

The centerpiece of Andrew Jackson’s Hermitage is a stately, two-story Greek Revival-style mansion fronted by a portico with six massive Corinthian columns. Long a bastion of Southern hospitality, the home of the man known as the “People’s President” was a gathering place that attracted ordinary folks as well as dignitaries. Jackson lived there until his death in 1845. 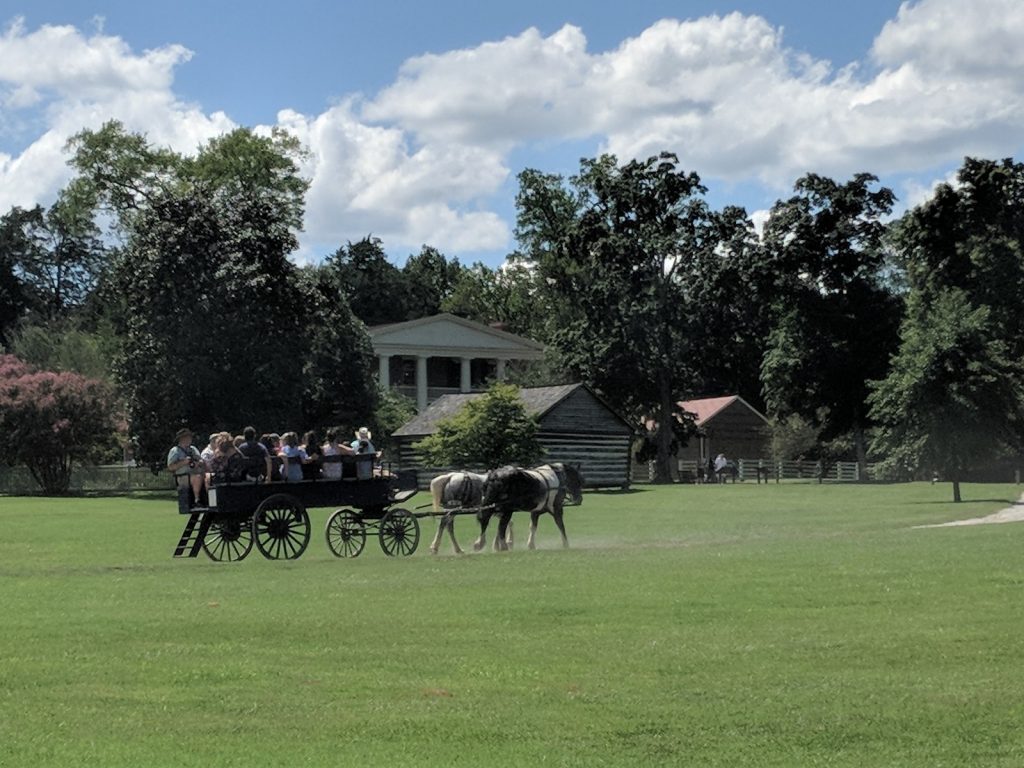 The original structure was a Federal-style house built between 1819 and 1821, but in 1831, during Jackson’s presidency, the house underwent a major remodeling, with the addition of a front portico and one-story wings flanking the east and west sides. After a devastating fire in 1834, however, it was redesigned and transformed into the Greek temple seen today. Highlighting the interior architectural additions was the cantilevered, elliptical staircase in the center hall. This replaced the “dog-leg” staircase, which comprised two straight flights of stairs with two landings.

Upon completion in 1837, the revamped mansion was perhaps the most fashionable house in Tennessee and quite a departure from the log farmhouse (called the First Hermitage) that Jackson and his wife, Rachel, first occupied when he acquired the property in 1804. Many historians consider the mansion at The Hermitage to be the best preserved early U.S. presidential home. An award-winning restoration was carried out between 1989 and 1997.

Costumed guides lead groups through the mansion, providing a glimpse of what life was like during Jackson’s retirement years. More than 90 percent of the furnishings, including the wallpaper, are original to the home.

Exhibits at the Visitor Center

Guests typically start their journey through The Hermitage estate at the Andrew Jackson Visitor Center, which has a theater, museum, museum store and cafe. The state-of-the-art, $1.1 million exhibition Andrew Jackson: Born for a Storm, through bold visuals and interactive displays, chronicles Jackson’s meteoric rise from humble beginnings as an orphan to the presidency of the United States. Before his two terms in the White House (1829-1837), General Jackson had become a folk hero after his victory against the British in the Battle of New Orleans and other tide-turning campaigns in the War of 1812. A man of charm, charisma, contrasts and contradictions, he reshaped America and redefined American politics in an era that became known as the Age of Jackson. His troops gave him the nickname Old Hickory because he reminded them of a firmly rooted hickory tree. 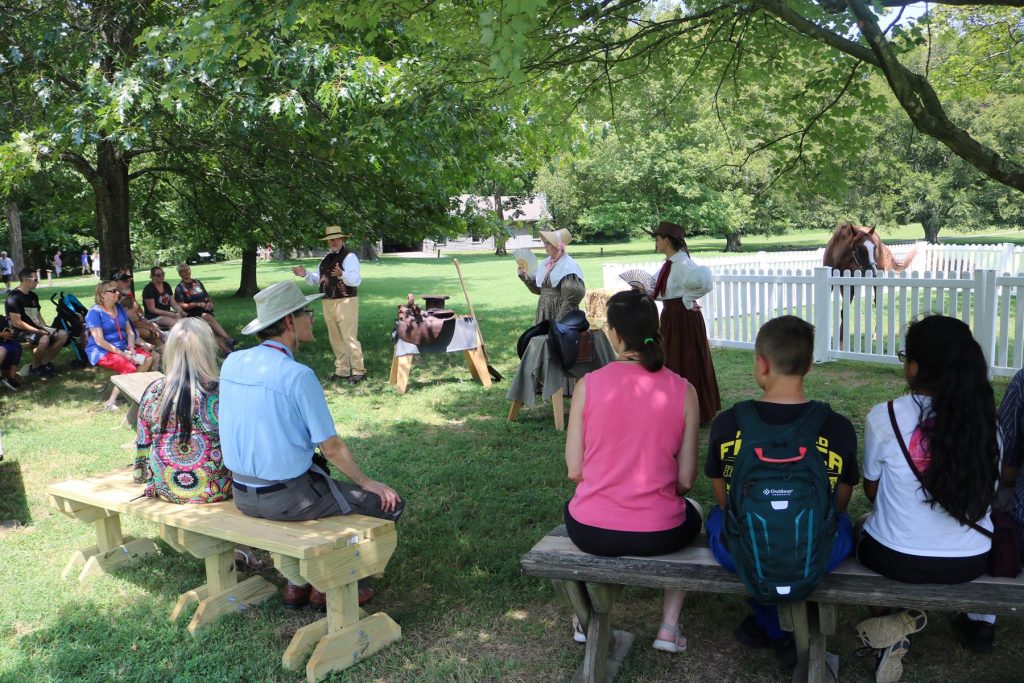 Another exhibit in the Visitor Center looks at the First Hermitage, the two-story log farmhouse built for the property’s original owner. Jackson altered the house in the 1820s, making it a one-level dwelling for enslaved laborers. The house, along with the log kitchen building 40 feet away, underwent a multi-year restoration completed in 2005 and can be visited on a walk through the grounds. (The other slave cabin still standing is Alfred’s Cabin, so named because former slave Alfred Jackson lived there as a free man until his death in 1901. It is located in the work yard behind the mansion.) As of this writing, the exhibits and film are closed but will reopen once COVID restrictions have eased.

The Hermitage garden is the final resting place for Jackson and his wife. Their copper-roofed limestone tomb resembles a Greek monument depicted in scenic wallpaper that Rachel had chosen for the mansion entrance hall. Jackson had commissioned an architect to build the tomb several years after her death in 1828 and, after he returned home following his second term as president, would visit it daily as long as his health allowed.

Also buried in the garden are Jackson family members and Alfred Jackson, who lived at The Hermitage longer than any other person, white or black. A tenant farmer after his emancipation, he also worked as a handyman and tour guide when the house opened as a museum. 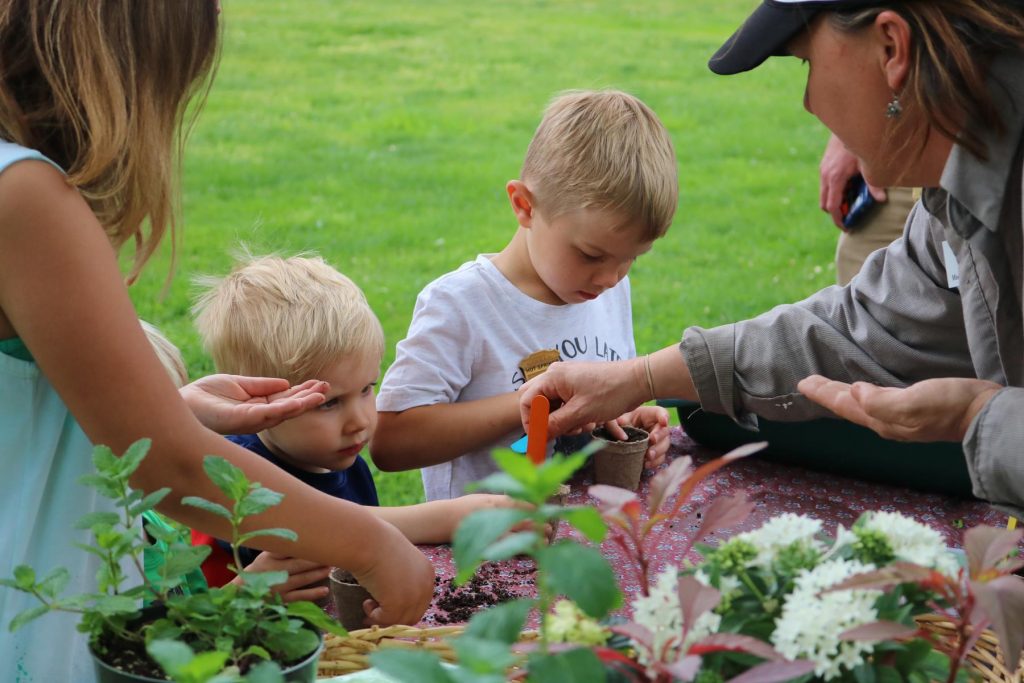 Designed as a typical, foursquare English garden with four quadrants and circular center beds, the garden flourishes today with something in bloom nearly year-round. In February, daffodils, tulips and crocuses start to appear, with fragrant hyacinths and more tulips arriving in March, followed by grape hyacinths, fruit trees and flowing shrubs in full array. April brings dogwood and iris, and white and pink peonies follow in May. Annuals, perennials and heirloom roses take over in summer. Some of the flora, including several trees and flowering bulbs, were planted in Jackson’s time or are direct descendants of the originals.

In addition to visiting the garden, guests can get their fill of nature elsewhere on the grounds of The Hermitage, a 1,120-acre working farm. There are historical buildings and markers, foundations of slave dwellings, a refurbished nature trail, wildlife, a pasture and a cotton field (cotton was the cash crop that supported the Jackson’s plantation). The functioning farm also grows corn, wheat and soybeans in rotation.

One of the specialized tours, “The Hermitage Enslaved: A Wagon Tour,” takes visitors into the plantation fields where the majority of the enslaved men, women and children worked and lived under the ownership of Andrew Jackson. On the horse-drawn wagon tour, the driver conveys that the cotton and the forced labor needed to produce it were vital to the economy and lifestyle of the Jackson family. The 30-minute tour features archaeological sites associated with slavery and farming on the Hermitage grounds, including the cotton gin site and foundations of four of the field quarter houses. The wagon accommodates 15 people.

A variety of ticket options is available, and any tour can be customized for a group.

The President’s Tour (currently unavailable) includes admission to the grounds and mansion, exhibit gallery/film, an upgraded device with period images and maps of the property, and an interactive timeline.

In Their Footsteps: The Lives of the Hermitage Enslaved Tour, a guided walking tour of the grounds, tells the stories of the enslaved men and women who lived and worked at The Hermitage during Andrew Jackson’s time and beyond his death. It includes access to the mansion.

The Grounds Pass grants visitors access to the estate’s 1,120 acres, including the garden, field quarters, historical markers, wildlife, nature trail and farming areas. Not included are the mansion or the exhibits and film at the Visitor Center. The Grounds Pass is a good option for groups that want to practice social distancing.

The 90-minute Commander in Chief Tour is conducted by Howard J. Kittell, president and CEO of the Andrew Jackson Foundation.  It gives visitors a 90-minute glimpse of the grounds, mansion and garden, with an opportunity to take in the view from the beautiful Hermitage balcony.

The VIP Tour includes a fully guided tour through The Hermitage mansion with an opportunity to take in the view from the balcony, plus a tour of the grounds and garden and the Born for a Storm exhibit.

Each admission plan includes wine tasting at the onsite Natchez Hills Winery. Guests are guided through a tasting of different varietals and learn about Andrew Jackson’s historic ties to wine and about the growing Middle Tennessee wine industry. There is indoor and outdoor seating.

Planning Your Event or Meal at the Hermitage

The Hermitage makes a magnificent setting for weddings, reunions, corporate parties and tour-group events. The Kitchen Cabinet Cafe can provide the food, and the Hermitage works with several caterers. Local vendors can supply tents, tables, chairs, linens, a stage and audio-visual equipment.

For groups up to 50, the Kitchen Cabinet can reserve a section of the dining room. Seating outside the cafe can be arranged for groups larger than 75.

For groups on the go, the cafe can provide a box lunch consisting of a sandwich or salad, a side and dessert. The Premium box lunch ($13), for example, offers the choice of a pulled pork barbecue sandwich, a pulled smoked turkey sandwich or a grilled chicken & romaine salad, with three side selections: pasta salad, three-bean salad or fruit & cheese cup.