Mystic, Connecticut is a New England tourist destination known for its contribution to maritime heritage and history as an Indian settlement area during the pre-colonial era. This is the place where the first ironclad vessel was created and the fastest clipper ships were built during the 19th century. Small and compact, Mystic provides tourists with a plethora of sights to see. 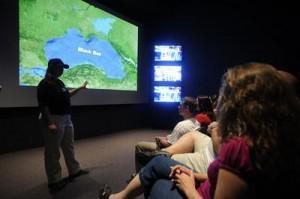 Mystic Aquarium houses over 1,200 ocean animals from whales and sharks to blue lobsters. Spread out over 19 acres indoors and outdoors,” it is Connecticut’s most-visited non-casino attraction. The most famous residents are the three adult beluga whales, icons of the aquarium. Steller sea lions (the largest of all sea lions) and endangered African penguins also live there. The aquarium offers many interactive experiences. Besides grabbing a crab, lifting a lobster or scooping up a sea star in the Discovery Lab touch tank, guests can feed fish to rays at Stingray Bay and, for an extra cost, take part in special animal encounter programs.

The Nautilus Live Theatre and exhibits showcase the underwater explorations of Dr. Robert Ballard, the oceanographer who discovered the Titanic in 1985. A Titanic exhibit opens in April 2012 to commemorate the 100th anniversary of the ship’s maiden voyage and sinking. It also marks the first phase in the development of the United Technologies Ocean Exploration Center, which is expected to formally open in early 2013. (mysticaquarium.org)

Mystic Seaport: The Museum of America and the Sea, located along the Mystic River, displays ship models, artwork and other maritime artifacts in historic buildings transplanted from various New England locations. A re-created 19th century village, comprised of more than 30 trade shops and businesses from the 1800s, are home to maritime trades, from shipsmiths and coopers to woodcarvers and riggers. Visitors encounter historians, musicians and storytellers in the streets, and horse carriage rides are available. Docked along the waterfront are historic vessels, including tall ships and the Charles W. Morgan, the only surviving 19th century wooden whaling ship. The 1908 steamboat Sabino offers excursions on the river. (mysticseaport.org) 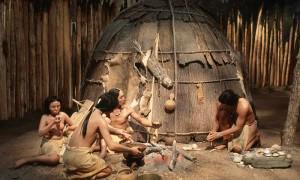 Denison Homestead Museum depicts the home life of New England during the colonial era. The museum was the 1654 home Captain George Denison, one of Mystic’s earliest residents. It displays artifacts from the homestead and features volunteers dressed as Denison family members. (denisonhomestead.org)