My First Impressions of Pittsburgh, Still Much to See 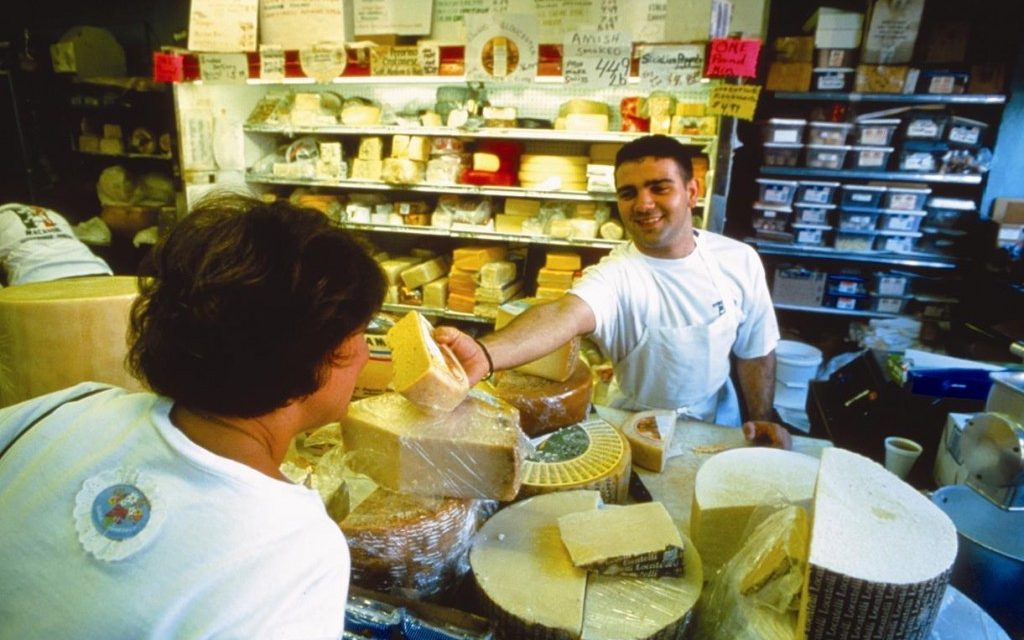 A three-day visit to Pittsburgh should hit the highlights, including the Duquesne Incline, PNC Park, world-class museums and ethnic foods in the Strip District.

Three days in Pittsburgh—just enough time to savor its essence. It was my first visit and I wanted to see what makes Pittsburgh, well, Pittsburgh.

My first thought: a panoramic overview was in order. And since the postcard image of a boxy red cable car rising above the river had always colored my visions of Pittsburgh, I practically sprinted to the lower station of the Duquesne Incline soon after checking in to the Sheraton Station Square on the south bank of the Monongahela River.

The steep ride up Mt. Washington, in an antique wooden car traveling at 6 mph at a 30.5-degree grade, is a Pittsburgh must—for the views, history and sense of adventure. The restored cars and hilltop station are originals, built in 1877 for workers going to and from their homes high above the city. Residents still use the railway, one of the two remaining inclines of the 19 that once existed.

In simple exhibits under glass, the upper station’s waiting room displays vintage postcards and photographs of Pittsburgh and of other famous funiculars around the world. You can also eyeball the cables and gears of this engineering marvel. And don’t forget the little gift shop.

But it’s the sweeping cityscapes that really captivate visitors who pay $2.50 to ascend Mt. Washington. Spread out below are the skyscrapers and bridges of downtown Pittsburgh, along with landmarks like the Pittsburgh Pirates’ PNC Park, Pittsburgh Steelers’ Heinz Field and Point State Park—a grassy piece of land at the confluence of three rivers—the Allegheny, Monongahela and Ohio. Drink in the views and watch the river traffic from the station’s observation deck.

Later I walked across some of the bridges and visited Point State Park, the strategic chunk of real estate where Pittsburgh had its beginnings as a French and later British fortification. I poked my head into the Fort Pitt Block House, the city’s oldest building (1764), and toured the Fort Pitt Museum, which tells the story of Western Pennsylvania’s role in the French & Indian War and American Revolution. Here at the Forks of the Ohio, at the very tip of downtown, you can admire the park’s majestic fountain, walk along riverside promenades, picnic on the lawn, check out historical markers, and perhaps catch a festival or other special event.

After Point Park, I crossed the Allegheny via the Roberto Clemente Bridge to see what is considered one of America’s great baseball arenas—PNC Park. It was off-season, but at least I got some good peeks of the field and up-close to the statues of Pirates legends Clemente, Willie Stargell, Bill Mazeroski and Honus Wagner outside the stadium.

The Andy Warhol Museum, a few blocks from the ballpark, showcases works by the Pittsburgh native (1928-1974) who made his mark in pop art. Everyone knows his Marilyn Monroe portraits and Campbell’s soup cans.

My juiciest experience in Pittsburgh was prowling The Strip. No, it’s not what you might think, just a narrow strip of land between the Allegheny and a rocky hillside. Close to downtown, The Strip District brims with ethnic flavor in a hodge-podge of shops and eateries along Penn Avenue, the main drag here in the gritty wholesale market area for purveyors of produce, meat and fish.

I joined a ’Burgh Bits & Bites walking tour that takes small groups to family-owned shops in The Strip. Our foodie foray started by sampling homemade prosciutto and Genoa salami at Parma Sausage Co. and then crossed the street for fresh-made hummus at Labad’s Mediterreanean Cafe and Grocery. We also hit a biscotti bakery (30 flavors, from banana walnut to traditional anise almond) and a Polish deli for cheese pierogis sauteed in butter and onions. Other tour highlights: Sampling cheese at Pennsylvania Macaroni Company (founded in 1902) and pepperoni rolls at Sunseri’s, both Italian groceries. (burghfoodtour.com)

Lidia’s Pittsburgh, also in The Strip, provided my best restaurant meal. Pasta and the flavors of Italy reign supreme at this bright, airy gourmet temple with a strong Italian accent. Indeed, it should rise to gourmet standards—the woman behind it is Lidia Bastianich of public TV fame. I still haven’t stopped thinking about the wild boar ravioli and apple cake topped with buttery caramel sauce. For a more down-to-earth meal one evening, I visited the famous Primanti Bros. in The Strip, giving my jaws some exercise while tackling the signature cheesesteak sandwich—a hunk of Italian bread (cut in half) stuffed with meat, french fries, coleslaw and two tomato slices.

My favorite Pittsburgh museum—I could have used two extra hours there—was the Senator John Heinz History Center. Occupying a former ice warehouse in The Strip, the Smithsonian affiliate offers five floors of exhibits on Pittsburgh-area history, sports and industrial heritage. I liked the Heinz 57 exhibit, which chronicles the packaged foods company best known for its ketchup.

Neighborhoods are such a part of Pittsburgh—it has 89 of them—that I wanted to get away from the city center. So I ventured to Millvale and St. Nicholas Croatian Catholic Church. Set high on a hill, it’s more like the Sistine Chapel than a neighborhood church. Visitors go out of their way for tours of Croatian artist Maxo Vanka’s 22 sanctuary murals depicting the Virgin Mary, social injustice and the immigrant experience in America.

In the eclectic Oakland neighborhood, dominated by the University of Pittsburgh, I discovered more treasures revealing the city’s ethnic fabric. Worth a peek are the Nationality Rooms in the university’s 42-story Cathedral of Learning—29 museum-quality classrooms designed with artwork and architectural touches representing groups (from Austrian and Croatian to Syrian and Turkish) that settled southwestern Pennsylvania. The day in Oakland also included Heinz Chapel, Phipps Conservatory and Botanical Gardens, and the Carnegie Museums of Art and Natural History.

My 72 hours in Pittsburgh ended all too soon, but I’m looking forward to the day when I can explore more neighborhoods, see more museums and sample more of the culinary bounty of this pretty, gritty American city.