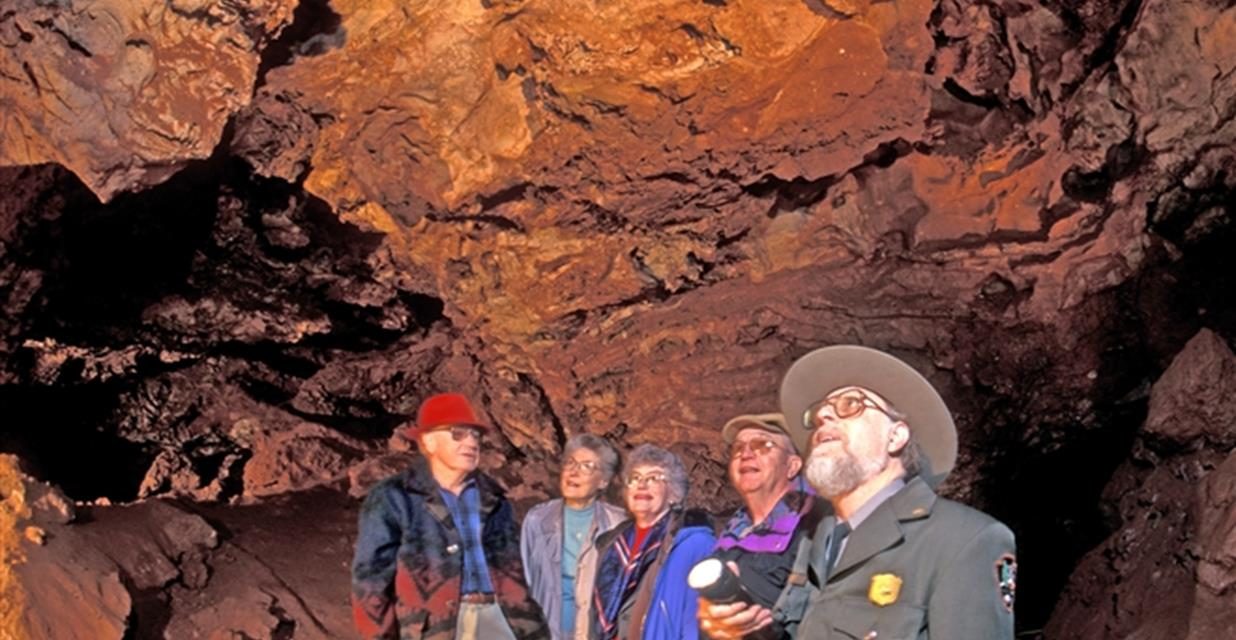 From the Black Hills in the west to Sioux Falls in the southeast, with the state capital of Pierre smack dab in the middle, South Dakota abounds with group-friendly attractions, tours and recreational activities. Whether your gang is happy with wildlife watching, communing with history or just looking out the bus window at spectacular scenery, the state of Great Faces, Great Places has all the right ingredients for a satisfying itinerary in America’s heartland. 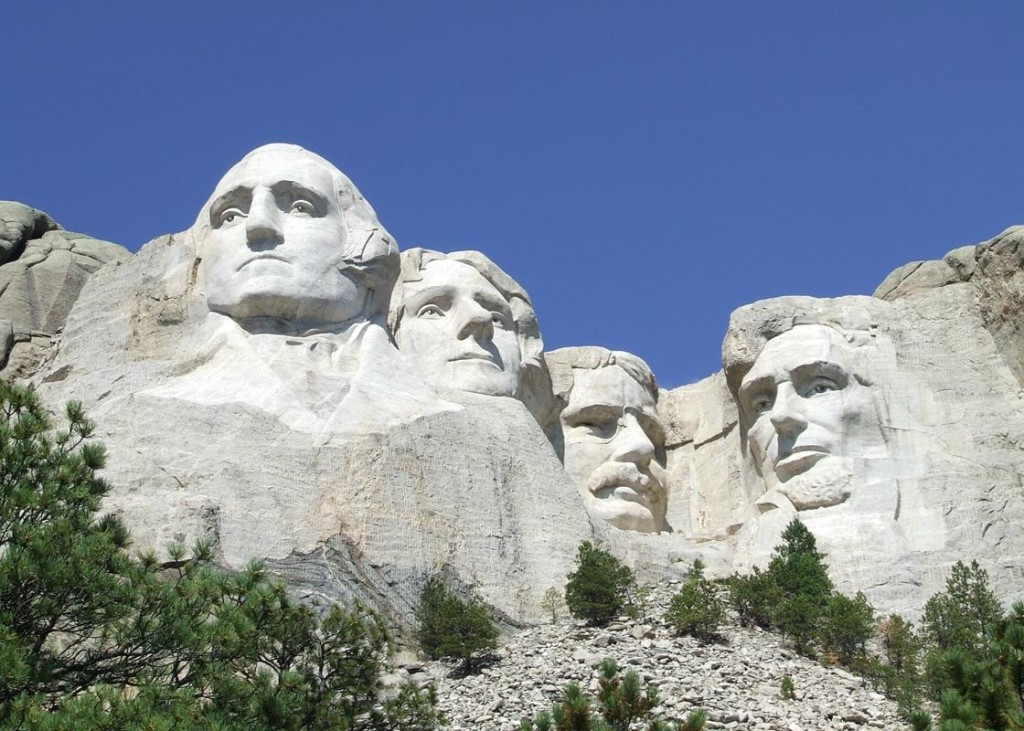 The face of South Dakota tourism, this grand mountain carving in the Black Hills features four great American presidents: George Washington, Thomas Jefferson, Theodore Roosevelt and Abraham Lincoln. Each sculpted face is 60 feet high. For a closer look at this symbol of American democracy, visitors can walk the half-mile Presidential Trail, which loops along the base of the mountain. In a moving ceremony on summer nights in the amphitheater, the sculpture is bathed in light while patriotic music plays. 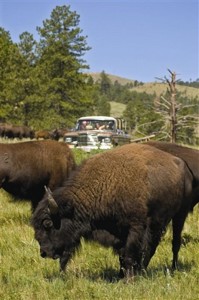 Groups enjoy watching the wildlife at this world-class park, where a herd of 1,300 bison roams the 71,000 acres, along with pronghorn, elk, mountain goats, bighorn sheep and a band of curious burros. Go fishing, swimming or paddle boating at one of the four lakes or hiking or horseback riding on the scenic trails. Explore the terrain on hayrides, mountain bikes and backcountry Buffalo Jeep Safaris. For overnight accommodations, the park has five lodges.

Subterranean splendor awaits visitors at what is believed to be the second longest cave in the world, with 170 miles of mapped passageways underneath the Black Hills. Scenic tours, from easy to strenuous, wind along the web of trails highlighted by glittering calcite crystals that line the walls. Rare formations include hydromagnesite balloons—fragile silvery bubbles an inch or two thick in diameter—and moonmilk, a powdery substance resembling cottage cheese.

Spreading across 1.2 million acres of tree-covered mountains and meadows are canyons and gulches, grasslands, streams and blue lakes to explore. Stands of ponderosa pine, spruce and aspen are home to mountain lions, deer, elk, bighorn sheep and other wildlife. The forest offers more than 350 miles of trails for hiking, biking, horseback riding, snowmobiling and cross-country skiing. Harney Peak, at 7,242 feet above sea level, is the highest peak east of the Rocky Mountains. 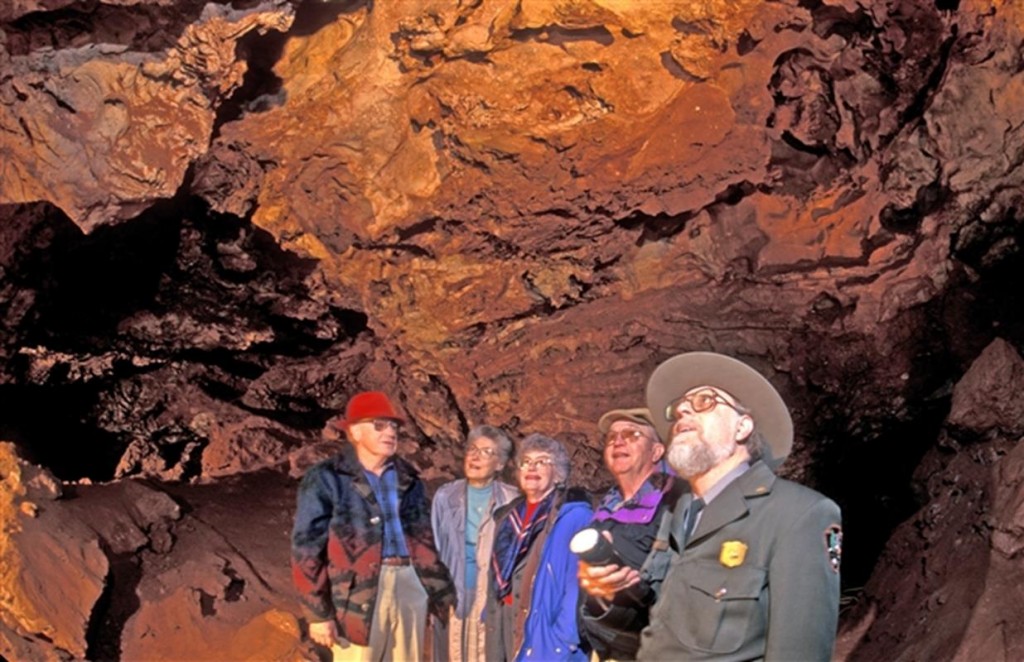 One of the nation’s oldest national parks offers visitors not only a glittering underground labyrinth but nearly 30,000 acres of prairie grasslands and forested hillsides inhabited by bison, elk, deer and prairie dogs, often visible from the road. Take in views of the Black Hills from the Rankin Ridge Fire Tower. Named for the winds that move in and out of its entrance, the world’s fourth longest cave features unique formations illuminated by indirect light. Five types of cave tours are offered.

Originally established in 1864 as Fort Wadsworth, this military outpost in northeastern South Dakota, near Lake City, is one of the nation’s best preserved frontier forts. The 14 stone buildings include the officers’ quarters, barracks, powder magazine and guard house. First-person tours by costumed guides can be arranged, and there is a visitor center/museum. The annual Fort Sisseton Historical Festival in June features fur traders, cavalry troops and a military encampment. 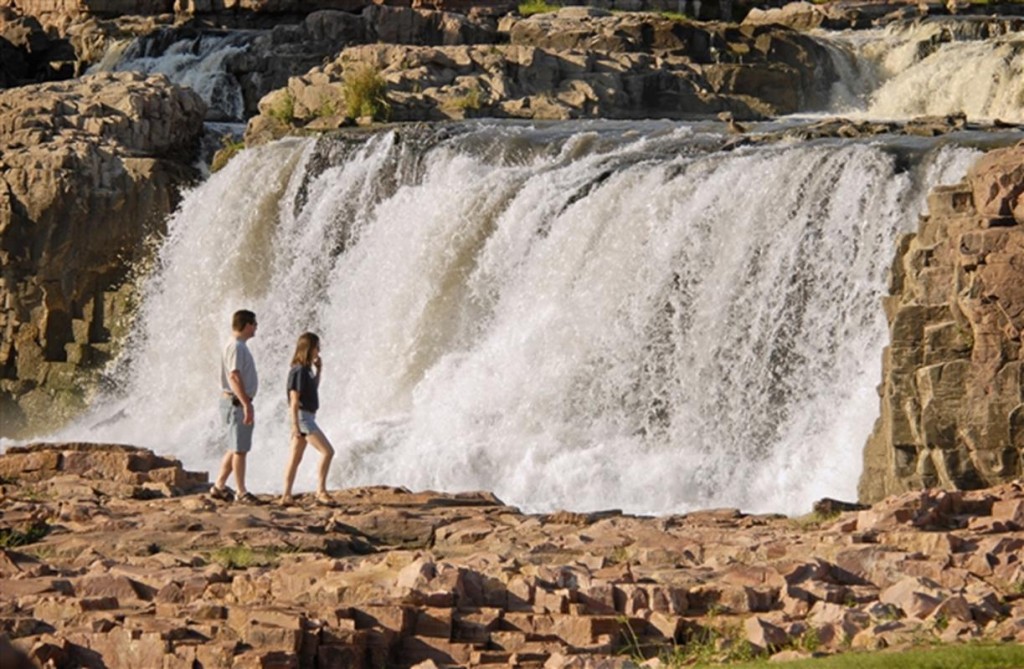 A centerpiece of South Dakota’s largest city, the 123-acre park features a visitor information center with a five-story observation tower that affords 360-degree panoramic views of the triple waterfall, Big Sioux River and city skyline. The falls are illuminated nightly during the holiday season (mid-November to mid-January). The site also includes a cafe in a former hydroelectric plant and walking trails that showcase the pink granite outcroppings, plus a historic horse barn and ruins of an 1887 flour mill. 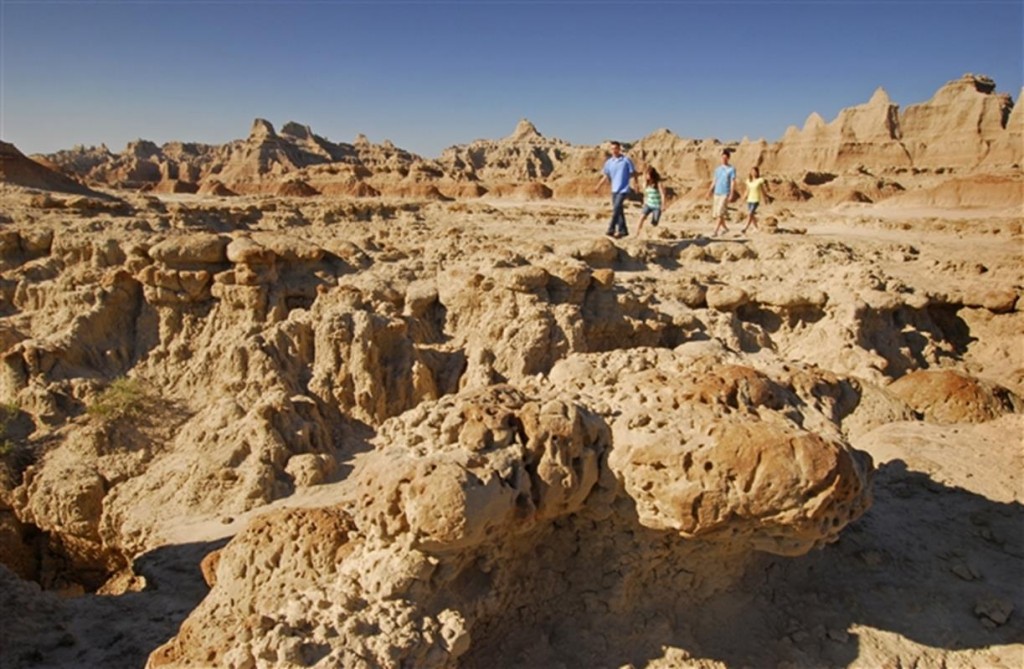 With 244,000 acres to explore on the vast prairies of southwestern South Dakota, this ruggedly eerie landscape, carved by millions of years of wind and water erosion, is an eye-catching sight. Both barren and beautiful, the park presents a stark moonscape composed of shale, sand, gravel and volcanic ash. Ravines, ridges and cliffs display bands of color that alternate with grayish-white sediment. Bison, pronghorn, bighorn sheep, prairie dogs and mule deer are just a few of the mammals that may be spotted.

Marble staircases, Victorian leaded glass, terrazzo floors and murals in the rotunda give the domed building, completed in 1910, its stately character. At Christmastime the rotunda displays dozens of decorated trees. Tours are available of the Capitol, memorials and Governor’s Mansion, all set on handsome grounds along a walking path and manmade lake. Exhibits in the nearby South Dakota Cultural Heritage Center spotlight pioneer, Native American and 20th century history.