Must See Religious Attractions in Brazil 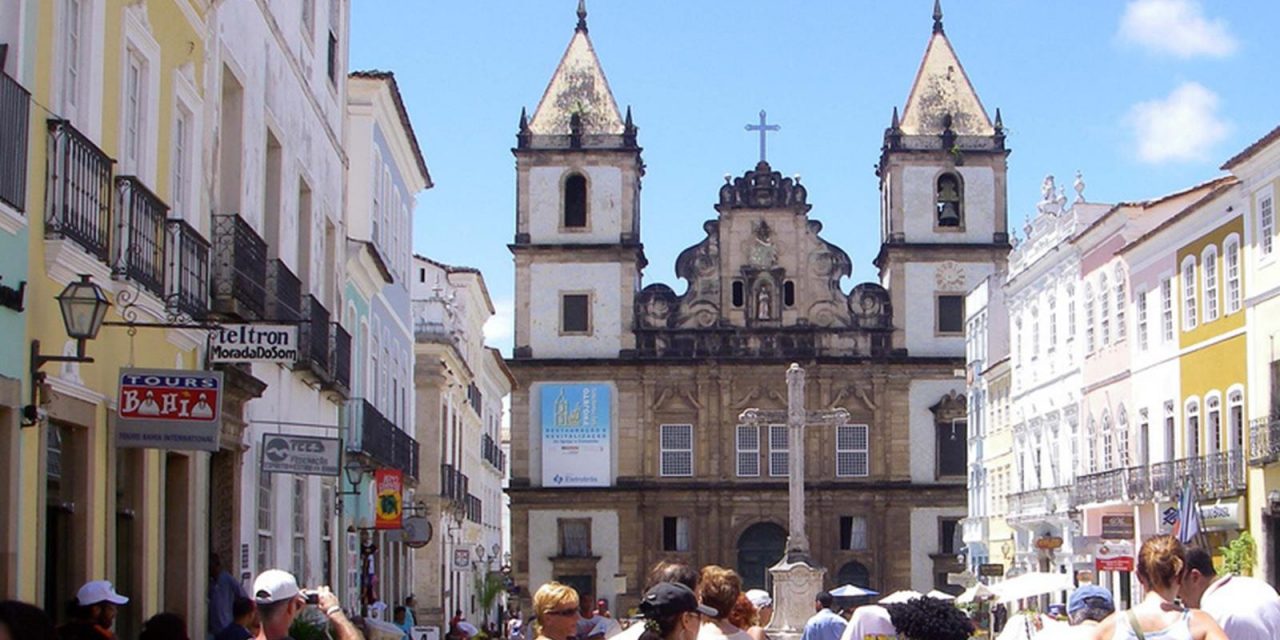 Brazil is a fulfilling destination for group travelers because the country has an array of different beliefs due to the diversity there. A recent poll revealed that around 90 percent of the Brazilian population is affiliated with religion, this makes the country more disposed toward religion than any other country in South America. Only 1 percent of the population does not believe in God, or another form of superior being.

Located on top of the Corcovado mountain in Rio de Janeiro, this art deco statue has been a staple of Brazilian history since it was built in 1931. The statue is 124 feet high including its pedestal and the arms stretch 92 feet wide. The concrete and soapstone statue weighs 635 metric tons and has been listed as one of the New Seven Wonders of the World.

Dedicated to Saint Sebastian, the patron saint of Rio de Janeiro, this cathedral was designed by Edgar de Oliveira da Fonseca, who based it on the Mayan style of the Mesoamerican Pyramids. As you enter the cathedral, you immediately see colorful stained-glass windows that rise 210 feet from the floor to the ceiling. This cathedral is also home to the Roman Catholic Archdiocese of São Sebastião do Rio de Janeiro.

Located in Brazil’s capital, this well-known church honors the Italian Saint Giovanni Bosco who dreamed of a utopian city in 1883. The shrine is memorable for its interior beauty that includes the light that shines through twelve shades of blue stained glass which is supposed to represent the Brasilia sky. The only intentional source of light placed within is the 9,000-piece Murano glass chandelier that symbolizes Jesus, the light of the world.

Interior of the Don Bosco Sanctuary in Brasília, Brazil. Credit.

Even though this cathedral has a renaissance-style dome, inspired by the Cathedral of Florence, it is considered by some to be the fourth largest Neo-Gothic cathedral in the world. All the mosaics, sculptures and furniture within were brought over from Italy at the time of origin. Groups can be awed by the organ, built in 1954 by Italian Balbiani & Rossi, which is one of the largest in Latin America, with five keyboards, 329 stops, 120 registers and 12,000 pipes. This cathedral is also the seat to the Roman Catholic Archdiocese of São Paulo, Brazil.

If your group is looking for breathtaking interior architecture, visit the Church of St. Francis of Penance. Everything is covered in gold and other materials. From the alter to the walls, you can appreciate the dedication of the gold carvers, Portuguese Manuel de Brito and Francisco Xavier de Brito, who worked on this between 1726 and 1743. Along with the abundance of golden art, the church’s beauty is completed with a painting on the ceiling which portrays the Glorification of San Francisco, created by artist Caetano da Costa Coelho.

Groups are also encouraged to check out the Museum of Sacred Art located within the church, which features baroque art.

Basilica of the National Shrine of Our Lady of Aparecida, São Paulo

This Roman Catholic basilica is dedicated to Our Lady of Aparecida, and the name in Portuguese translates to Our Lady of Conception Who Appeared. The history according to residents said that three fishermen in 1717 were trying to catch a large amount of fish to provide for a banquet honoring the São Paulo Governor, Pedro de Almeida. Even with all their prayers, the fishermen had no luck catching anything until later in the day when they cast their net out and discovered they had found a statue of the Virgin Mary. The fisherman that had found it, Felipe Pedroso, ended up keeping it in his house and built a small chapel for visitors to come observe it and pray. In 1834, the first basilica was built and replaced it. It is now the second largest church in the world after Vatican City’s St. Peter Basilica.

Being the most popular pilgrimage site in South America, groups can enjoy the roman revival style structure with the Greek cross that expands to 617 feet in length and 600 feet in width. The original Virgin Mary statue found is still brought out and celebrated for feast days and special occasions.

Basilica of the National Shrine of Our Lady of Aparecida. Credit.

Located in the city of Igarassu, this Catholic church dates all the way back to 1535, surviving the 17th century Dutch invasion. It is the oldest church in Brazil and is named after twin brothers who were martyrs for their beliefs in 3rd century Asia. In 1951, the National Institute of Historic and Artistic Heritage listed it as a historic structure.

Groups can also visit the next-door museum, the Church and Convent of Saint Anthony, and observe the sacred art.

Recorded as a historic structure in 1938, the convent and its church are crucial colonial memorials in Brazil. After the original church was destroyed during the Dutch invasions of Bahia, they began rebuilding in 1686 and it wasn’t completed until decades later.

The lavish art, that was completed mostly in the 18th century, is a main attraction for visitors. All the surfaces inside the church are covered by paintings, gilt woodwork and sculpted gold.