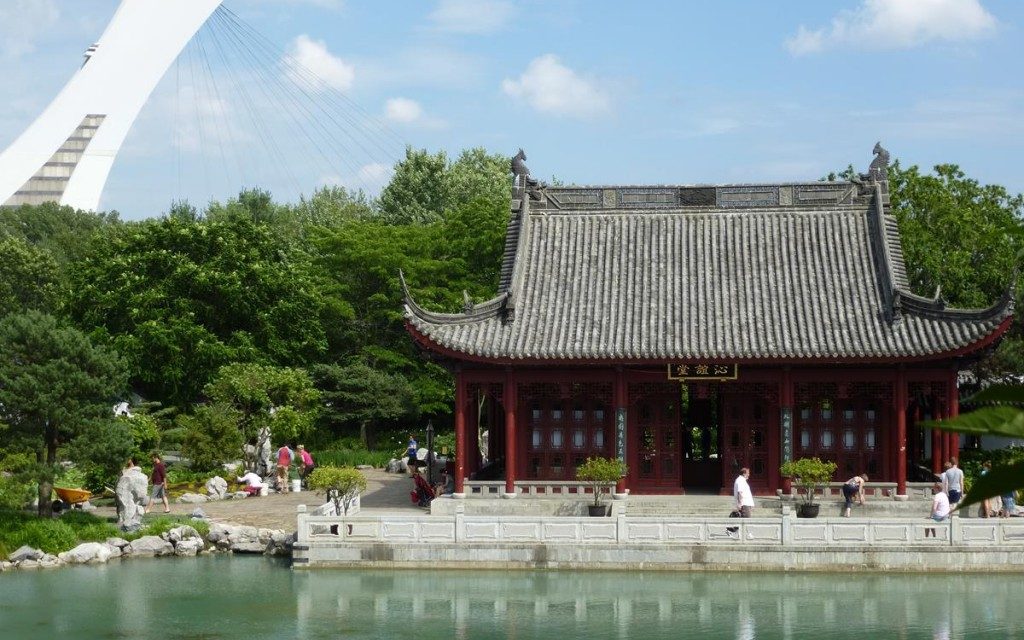 Tour groups can get out and commune with nature at Montreal Botanical Garden, an oasis of horticultural splendor with themed beauty spots like the Japanese and Chinese Gardens. More green zones await in the city’s parks, especially Mount Royal, an expanse of meadows and woodlands high above the urban frenzy.

Many tourists in Canada’s second largest city make a beeline to the cobblestone streets of Old Montreal or downtown’s network of underground passageways lined with shops. They come for European ambience, creative cuisine and cutting-edge cultural life.

But Montreal also invites visitors to commune with nature. Parks, gardens and other green spaces abound, providing oases for relaxation, recreational pursuits and just a breather from the urban frenzy.

Horticultural enthusiasts flock to the Montreal Botanical Garden, one of the largest and most impressive such gardens in the world. Set in Olympic Park, it’s part of Montreal Space for Life, a group of natural science attractions clustered within walking distance of each other in a neighborhood, minutes from downtown, that hosted the 1976 Summer Olympics. A trip to the 185-acre garden can easily be combined with the Insectarium, Biodôme and new Rio Tinto Alcan Planetarium. (montrealspaceforlife.ca)

The Montreal Botanical Garden (Jardin botanique de Montréal) boasts 22,000 species, 10 year-round exhibition greenhouses and some 30 thematic gardens. Highlights include the picturesque Chinese Garden, inspired by the private gardens of the Ming Dynasty (14th to 17th century). Nurtured by a team from both Montreal and Shanghai, the lakeside grouping of pavilions, courtyards and ponds is considered the largest garden of its kind outside of China. Hundreds of Chinese lanterns illuminate the site at night during the Magic of Lanterns event in September and October. Other culturally themed gardens are the Japanese Garden, where a tearoom hosts tea ceremonies based on ancient traditions, and First Nations Garden, the largest garden dedicated to native peoples in North America.

Over half the botanical garden’s area is devoted to the Arboretum, a vast woodland in the heart of the city. With about 7,000 specimens of trees and shrubs, it is home to almost every species of tree capable of growing in Montreal’s climate. Learn about them in exhibits at the Tree House.

The Insectarium, on the garden’s grounds, fascinates guests with live creepy-crawlies like scorpions, tarantulas and hissing cockroaches. Also see an ant farm and beehives. More animals, including penguins, puffins, macaws and monkeys, reside across the street at the Biodôme, where four different ecosystems—the Tropical Rainforest, Laurentian Maple Forest, Gulf of St. Lawrence and Sub-Antarctic Islands—share the building that housed the Olympics’ velodrome. Next door, rising above the Olympic Stadium is the landmark Montreal Tower, which has a glass-enclosed cable car that zooms to the observation deck of the world’s tallest inclined tower (575 feet).

Mount Royal Park, atop the 767-foot “mountain” for which Montreal is named, is the city’s largest green space.  A popular place for walkers, runners, bicyclists, picnickers and dog walkers that looms above the city center, the reserve of meadows and hardwood forests offers scenic lookout points, most notably the terrace of a limestone pavilion called Chalet du Mont-Royal. Have lunch at the restaurant overlooking the park’s Beaver Lake.

Another visitor magnet on Mount Royal is St. Joseph’s Oratory, a huge Catholic church with a green octagonal copper dome. After admiring the architecture and exhibits in the world’s largest shrine dedicated to St. Joseph, take a walk through the Gardens of the Way of the Cross.

One way to experience Mount Royal is the “Downhill All the Way” bike tour offered by Fitz & Follwell (fitzandfollwell.co). Designed for minimum pedaling and maximum enjoyment for groups as large as 13, the tour takes a wide, gradual path down the mountain to the cool Plateau Mont-Royal neighborhood in its shadow, traveling on bike paths, little alleyways and into several parks. La Fontaine Park, like Montreal, has a split personality, with half laid out in the formal French manner, the other in a more casual English style.

As with sightseeing in any big city, sometimes it’s wise to stop and smell the roses. The green acres of Montreal offer lots of escape hatches.