Missouri Steps Up to the Plate 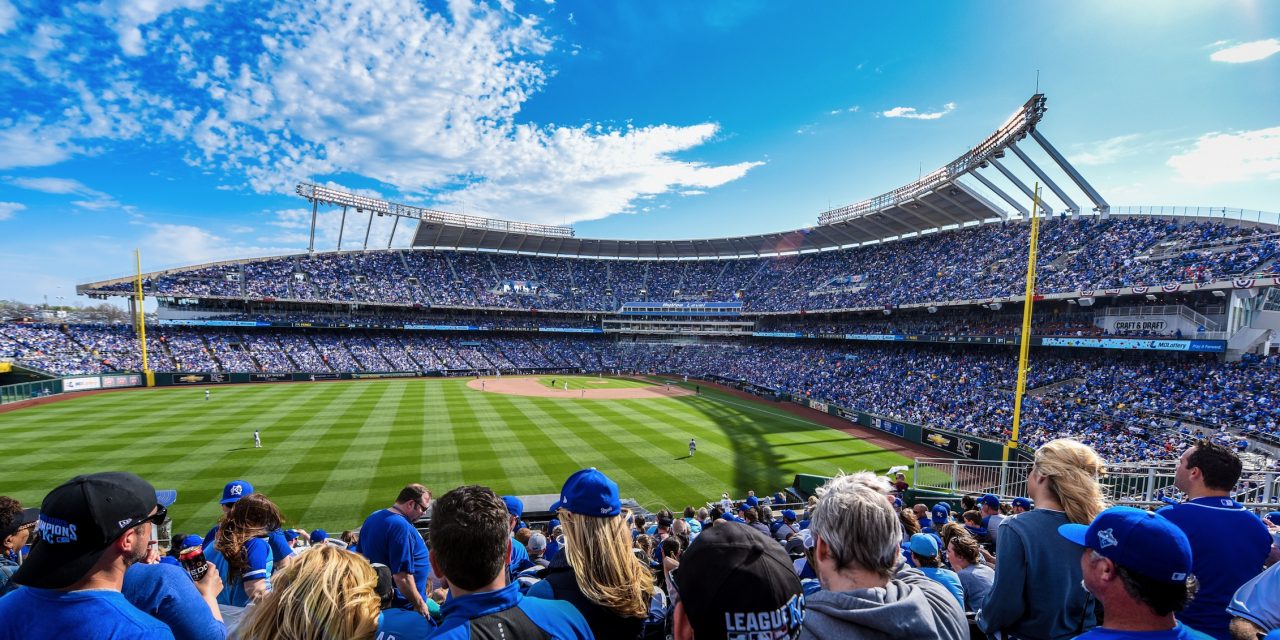 Take your group out to a ball game, hall of fame and nearby attractions

From the Mississippi River to the western edge of the state, Missouri has its bases covered when it comes to offering baseball experiences for sports-minded groups. Game tickets can be a big plus when marketing a tour, but even if a team’s home-game schedule doesn’t jive with trip dates, planners can still sprinkle their line-up with baseball museums, stadium tours, and sports-themed restaurants and bars.

The St. Louis Cardinals, holder of 11 World Series titles and 19 National League pennants, is one of the most storied teams in Major League Baseball. The city’s beloved Redbirds play at Busch Stadium, whose tiers of red seats lie just blocks from the riverfront’s iconic Gateway Arch. Adjacent to the field is the Ballpark Village entertainment district, a great place to hang out before, during and after a game – or even when the team is away.

During a stadium tour guests can visit a suite, walk on the warning track (on non-game days) and view World Series trophies and souvenir scorecards displayed in the exclusive UMB Bank Champions Club. The one-hour tour, offered yearround, is wheelchair-accessible. In the plaza outside the park gates, bronze statues of Cardinal legends (Stan Musial, Bob Gibson, Lou Brock, Rogers Hornsby and others) make good photo opportunities.

The current Busch Stadium, with capacity for 46,000 fans, replaced the one that existed in the same location from 1966- 2005. Though St. Louis-based Anheuser-Busch sold the Cardinals in 1996 to concentrate on the beer business, it retains naming rights to the ballpark.

The Cardinals Hall of Fame and Museum is housed in Cardinals Nation, a Ballpark Village restaurant and bar. In the museum’s “Holding History” area, you can view a World Series ring up close or slip on plastic gloves to pose with a bat that was swung by players such as Ozzie Smith and Yadier Molina. A radio broadcast booth lets you call the play of your choice from six historic games and then listen to the recording. One exhibit recalls the Mark McGwire-Sammy Sosa home run race of 1998, and you can sit in a stadium seat to watch a video of McGwire’s 70th homer. Stadium tour tickets include admission to the museum.

Bally Sports Live!, a cavernous sports bar featuring a 40-foot-wide video screen, is a prime gathering place at Ballpark Village. Thanks to a 100-foot-long retractable glass roof, one of the largest of its kind in the country, fans can enjoy fresh air during warmer months.

At Anheuser-Busch Brewery, just south of downtown, 75-minute tours include the historic Brewhouse, Beechwood Aging Cellars, packaging facilities and grand stables of the Budweiser Clydesdales. Grant’s Farm, the ancestral home of the Busch family, lies 13 miles southwest of St. Louis. The free, family-friendly attraction is home to Clydesdales and a menagerie of other animals, from camels and goats to zebras and bison. Warm Springs Ranch, near Boonville in the rolling hills of central Missouri, is the breeding and training farm for the Clydesdales and offers onehour walking tours.

In Kansas City, Major League action takes place at Kauffman Stadium, home of the Kansas City Royals. The “K,” as locals call it, is part of the Harry S. Truman Sports Complex, which includes the Kansas City Chiefs’ Arrowhead Stadium.

In Kauffman Stadium’s outfield area, the Water Spectacular features a 322-foot-wide gallery of colorful fountains that activate before and after the game and in between innings. The Outfield Experience is a family-friendly area with a carousel, playground, mini golf and music stage. It also encompasses the two-story Royals Hall of Fame, which game day guests can visit until the top of the eighth inning. The Plaque Gallery honors Royals greats like George Brett, Bret Saberhagen and Frank White. Another gallery has an impressive collection of player bobbleheads.

Artifacts in the Hall of Fame include the baseball and bat from Brett’s 3,000th hit and trophies from championship seasons. Items on loan from the National Baseball Hall of Fame & Museum in Cooperstown, New York, are on display as well. A 15-minute film in the Dugout Theatre spotlights the history of professional baseball in Kansas City. Interactive features let you design your own ballpark or call plays at an announcer’s booth.

Tours of Kauffman Stadium, available year-round, provide a behind-the-scenes look at the ballpark and may include stops at the press box, visitors’ dugout, a suite, the Outfield Plaza and Hall of Fame, depending on scheduled activities.

Fans looking for a taste of Kansas City barbecue may want to try the stadium’s classic Rookie Sandwich— smoked chopped brisket or pulled pork smothered in barbecue sauce and served on a bun with pickles. Or they can chow down on corn tortilla chips topped with brisket, BBQ baked beans, cheesy corn, coleslaw and barbecue sauce.

In Kansas City’s historic jazz district at 18th and Vine, the Negro Leagues Baseball Museum tells the story of organized baseball played by African- Americans during the many decades they were denied the opportunity to compete in the majors. Exhibits feature jerseys, gloves, signed baseballs and other memorabilia. Statues pay tribute to Negro Leagues greats like catcher Josh Gibson and pitcher Satchel Paige. Jackie Robinson, who broke the color barrier when he joined the Brooklyn Dodgers in 1947, played for the Kansas City Monarchs, the longest-running franchise in the history of the Negro Leagues. The team was a charter member of the Negro National League, which was founded in 1920 at a YMCA within walking distance of the museum.

Located in the same building, the American Jazz Museum pays tribute to Duke Ellington, Louis Armstrong, Charlie Parker, Ella Fitzgerald and others who pioneered the uniquely American music genre. The story is told through videos, listening stations and artifacts. The Blue Room, designed to look like a 1930s jazz club, offers concerts and jam sessions on select days. A combination ticket for the two museums at 18th and Vine is available.

The best place for entertainment in downtown KC is the Kansas City Power & Light District, an eight-block area packed with bars, music clubs, restaurants and shops. Called the “P&L” by locals, it’s a good place to gather after a ball game or a show at the nearby T-Mobile Center arena. A covered courtyard hosts free and ticketed summer shows by rock and country acts.

Minor league baseball offers a more intimate setting but can be just as much fun as big-league games. In Missouri’s third-largest city, the Springfield Cardinals, a Double-A affiliate of the St. Louis Cardinals, play at downtown’s Hammons Field, a fine venue for watching future stars. More than 100 players who’ve made it to the major leagues got their start in Springfield. Food promotions, giveaways, theme nights, on-field contests and entertainment, along with quality baseball, keep crowds engaged.

Springfield is home to Bass Pro Shops’ mammoth flagship store and the neighboring Wonders of Wildlife National Museum & Aquarium. Both are wonders themselves and deserve as much time as you can give them.