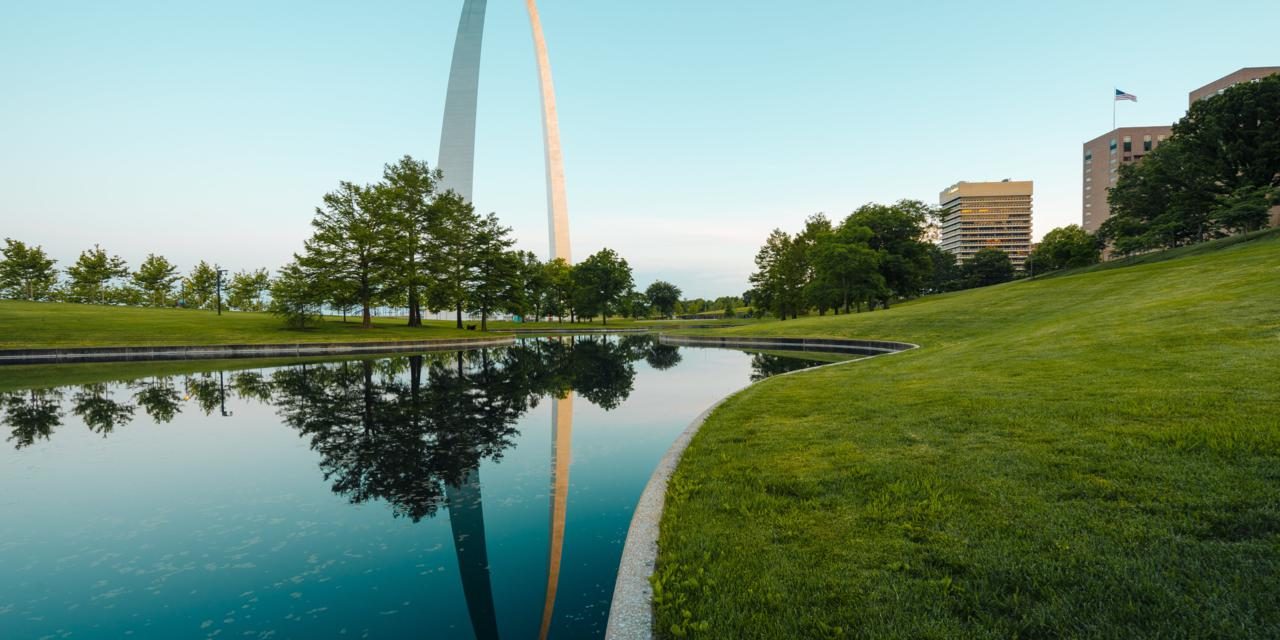 Get More Itineraries Like This in the Missouri Tour Guide 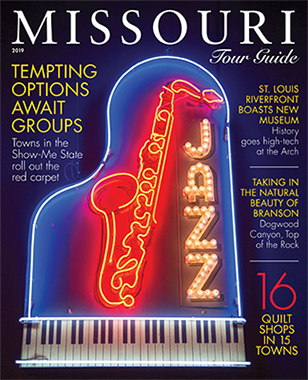 A stay in St. Louis is not complete without visiting Gateway Arch National Park, which just completed a $380 million renovation. Transforming the grounds of the iconic Gateway Arch, the makeover features riverfront enhancements, new spaces designed for events and new acreage connecting the Arch to the historic Old Courthouse via parkland bridging the interstate highway. Also new is the Museum at the Gateway Arch, which includes interactive technology and much more space than the old museum. Later, get a feel for Ol’ Man River with a relaxing, one-hour cruise on the Mississippi with Gateway Arch Riverboats. For a peek at St. Louis’ past, visit Forest Park’s Missouri History Museum, where Lindbergh, Lewis & Clark and the Louisiana Purchase come to life. You’ll see artifacts from Colonial St. Louis, the Lewis & Clark Expedition, Civil War and the opening of the American West. Galleries featuring cultural icons like Katherine Dunham, Miles Davis, Tennessee Williams and others who lived and worked in St. Louis. Take a driving tour of Forest Park, where the famous World’s Fair of 1904 (“Meet Me in St. Louis”) took place. Sights include the Saint Louis Art Museum, Saint Louis Zoo, Jewel Box conservatory, a World’s Fair pavilion, The Muny amphitheater and Saint Louis Science Center. Visit the Anheuser-Busch Brewery, the single largest brewing complex in the world. Tours include a visit to the historic stables of the famous Clydesdales and a taste of the brews. 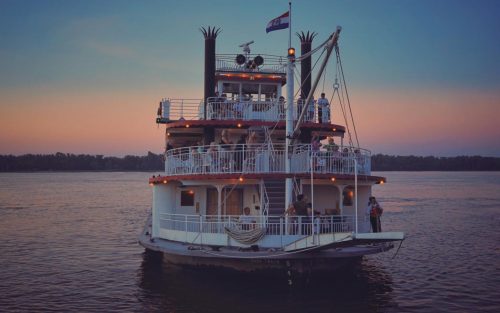 A cruise on the mighty Mississippi is a tour highlight in Hannibal, Missouri.

Arrive in Hannibal. Tour with Hannibal Trolley Company Sightseeing Tours as you step back in time and relive the days of Mark Twain. At the Mark Twain Boyhood Home and Museum Properties, discover how Samuel Clemens, a young boy growing up in this small Mississippi River town, became one of the world’s most famous authors. A self-guided tour (90 minutes to two hours) gives you the chance to explore the Hannibal of Clemens’ childhood and experience the beloved stories he created through the power of his imagination. Enjoy a one-hour sightseeing cruise on the Mark Twain Mississippi Riverboat. Explore historic downtown Hannibal, which boasts unique specialty shops, art galleries and boutiques. Also visit the free Hannibal History Museum and explore the town’s remarkable past, which includes residents like Ukulele Ike (the voice of Jiminy Cricket) and the Titanic’s own Unsinkable Molly Brown. Return to St. Louis for dinner and overnight. Hannibal to St. Louis, 115 miles 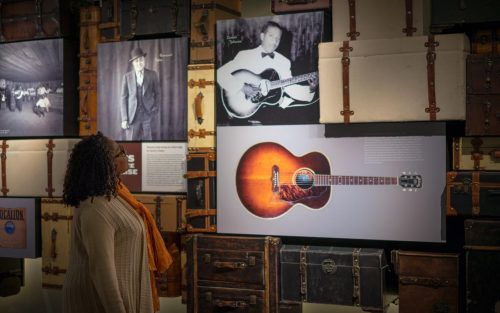 After breakfast, depart for St. Charles. The first stop is the First Missouri State Capitol State Historic Site, the first seat of the state’s government. Its rough-hewn timbers and dark wood floors whisper tales of Missouri’s first legislature. Interpretive programs help visitors understand how the government was formed and what life was like in the early 1800s. Lewis & Clark Boat House and Nature Center is the Discovery Expedition’s permanent home. Situated beside the Missouri River at Bishop’s Landing, the educational facility features museum exhibits relating to the Lewis and Clark expedition, Missouri River ecosystem and St. Charles history. Also see full-size replica boats constructed by the Discovery Expedition of St. Charles and used during the Lewis & Clark Bicentennial. Enjoy lunch at one of the many eateries and wineries on Historic Main Street followed by shopping at the blocks and blocks of unique shops. Depart St. Charles for St. Louis 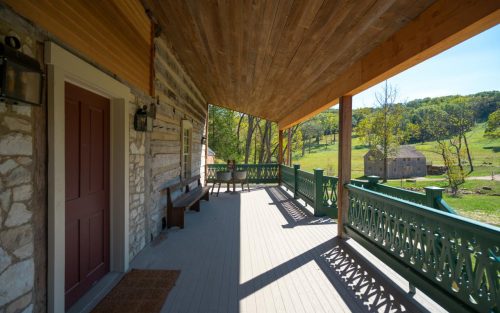 This ain’t your grandma’s museum. Step into the anything-but-ordinary world of St. Louis’ City Museum, a museum made entirely from recycled pieces. The museum building itself is repurposed, having started life as a shoe factory and warehouse. Items that would have become landfill now fill the floors of the quirky and innovative warehouse of artistic fun. Remnants of old buildings were transformed into the museum’s gift shop, retired heating coils from area breweries provide access to ceiling-high habit trails for kids and adults. An in-house circus troupe performs beneath a Big Top festooned with old neckties and CD disks. The rooftop – complete with access to a 10-story slide through the building – adds sky-high elements of fun, including a Ferris wheel and gravity-defying school bus that appears to teeter over the roof’s edge. City Museum proves that everything old can be new again. The National Blues Museum is the only attraction of its kind dedicated exclusively to preserving and honoring the history and legacy of blues music and its impact on American and world culture. It features artifact-driven exhibits, live performances and interactive galleries. Music lovers will definitely want to hear some authentic St. Louis blues in clubs throughout the region. For guaranteed live blues seven days a week, check out BB’s Jazz, Blues & Soups, The Beale on Broadway and Broadway Oyster Bar. Travel to the one of St. Louis’ unique neighborhoods and see the St. Louis Cathedral Basilica, considered by many to be the greatest example of Byzantine architecture in the world. Time for a beauty stop at the Missouri Botanical Garden. Founded in 1859 by English immigrant Henry Shaw, it is the oldest public garden in the United States and considered one of the top three public gardens in the world. Highlights of the 79-acre Eden include a tropical rainforest inside the Climatron geodesic dome; Seiwa-En, the largest authentic Japanese garden in North America; a Victorian garden; boxwood garden; Chinese garden; two rose gardens; and reflecting pools.

Depart St. Louis for Hermann, a little town nestled among the rolling hillsides of the Missouri River, in countryside reminiscent of Germany’s Rhine Valley. Specialty tracks can include shopping tours, a village tour with music or a visit to Hermann Wurst Haus, a shop that makes German sausages and smoked bacons. The arts and crafts of yesteryear are well preserved in Historic Hermann Museum at the German School. Built in 1871, the building served as Hermann’s elementary school until 1955. The town clock has been operating since 1890. At Hermann Living History Farm and Museum, guests experience firsthand what early settlers did when they first reached mid-Missouri. Tours include the restored Hussmann home and outbuildings, Trading Post, Distillery Log House and Office, Sweet Springs, Tinsmith Shop and Gardens. Also included are demonstrations by the Shire draft horses and Missouri mules. Tram rides are available. While in Hermann, enjoy dinner and wine tasting at Stone Hill Winery. The winery offers tours of the largest series of underground cellars in North America. Its Vintage Restaurant occupies a beautifully restored carriage house and horse barn. Here you can enjoy a hearty menu of German cuisine, along with steaks and other American dishes. Hermann to St. Louis, 82 miles