Charting a course along Iowa’s eastern border puts groups in touch with a vital valley overflowing with river lore and lots more.

There’s something magical about the Mississippi. From an early age, our visions of America’s most famous—and second longest—river are shaped by history books and the timeless stories of Mark Twain. In our minds we picture boys playing along its banks and paddlewheeler steamboats plying its waters.

Just crossing a Mississippi River bridge from Illinois to Iowa is a much-anticipated thrill—even if you’ve done it dozens of times before. Think of your last visit to Dubuque or Davenport, Bellevue or Burlington, and your first image is probably that of strolling along the riverfront or viewing Ol’ Man River from a bluff-top lookout.

The Great River Road, a National Scenic Byway, travels 3,000 miles along both sides of the Mississippi River from Minnesota to the Gulf of Mexico, providing a logical route for sightseeing in Eastern Iowa. It connects charming communities loaded with history and a passing parade of attractions. River cruises, casinos and minor league baseball are just some of the diversions that await tour groups. Add museums, historic homes and shopping for antiques and collectibles in cozy downtowns that smack of yesteryear. Save time to watch barges going through the locks or, in winter, bald eagles swooping over the river as they feed at the open waters around the dams.

Dubuque, the oldest city in Iowa, in recent years has seen much redevelopment along its riverfront, where the star attraction is the Smithsonian-affiliated National Mississippi River Museum and Aquarium. Guests at its 3-D/4-D digital theater feel their seats rumble and experience wind, water and scent in a completely immersive experience. The outdoor area features a boatyard plaza with a working blacksmith shop, wetland habitat and the landmark William M. Black dredge boat.

Other waterfront highlights include the Mississippi Riverwalk, an amphitheater and Diamond Jo Casino. Sightseeing, lunch and dinner cruises on the Spirit of Dubuque paddlewheeler and Miss Dubuque yacht also have group appeal.

For the best view in town, take a ride on the Fenelon Place Elevator, billed as the “world’s steepest, shortest railway.” It was built in 1882 as a way for a businessman to get home for lunch and take a nap each day.

About 20 minutes south of Dubuque along the Great River Road is St. Donatus, a sleepy hamlet with roots in the small European country of Luxembourg. The hillside Way of the Cross and Pieta Chapel recall the Luxembourger immigrants who settled the area. Kalmes Restaurant, now in its fifth generation of family ownership, preserves Luxembourger traditions through photos, artwork and a menu with “Luxembourg Classics” like ground steak with cream of mushroom. A 10-minute drive south leads to the quiet Mississippi River town of Bellevue, where visitors can shop, watch barges transit the locks and enjoy panoramic views of the river valley from Bellevue State Park.

Clinton, located in easternmost Iowa at the widest point of the Mississippi, abounds with attractions. The Sawmill Museum tells the story of the town’s industrial prominence from the 1850s to the 1890s, when Clinton was the “Lumber Capital of the World.” Lumber from Clinton’s mills helped fuel westward expansion and accounted for the country’s highest number of millionaires per capita during the period. The Curtis Mansion, the restored Victorian home of lumber baron George M. Curtis, awes guests with its Tiffany glass windows, carved banisters, ornate wood trim and massive fireplaces. The town’s minor league baseball team is the Clinton LumberKings, an affiliate of the Seattle Mariners.

Groups in Clinton can commune with nature at Bickelhaupt Arboretum, try their luck at Wild Rose Casino and in summer enjoy a musical or comedy at the Clinton Area Showboat Theatre, a restored paddlewheeler on the riverfront. Wide River Winery offers tastings and tours, and invites guests to hike the bluff trail for vistas of the Mississippi. 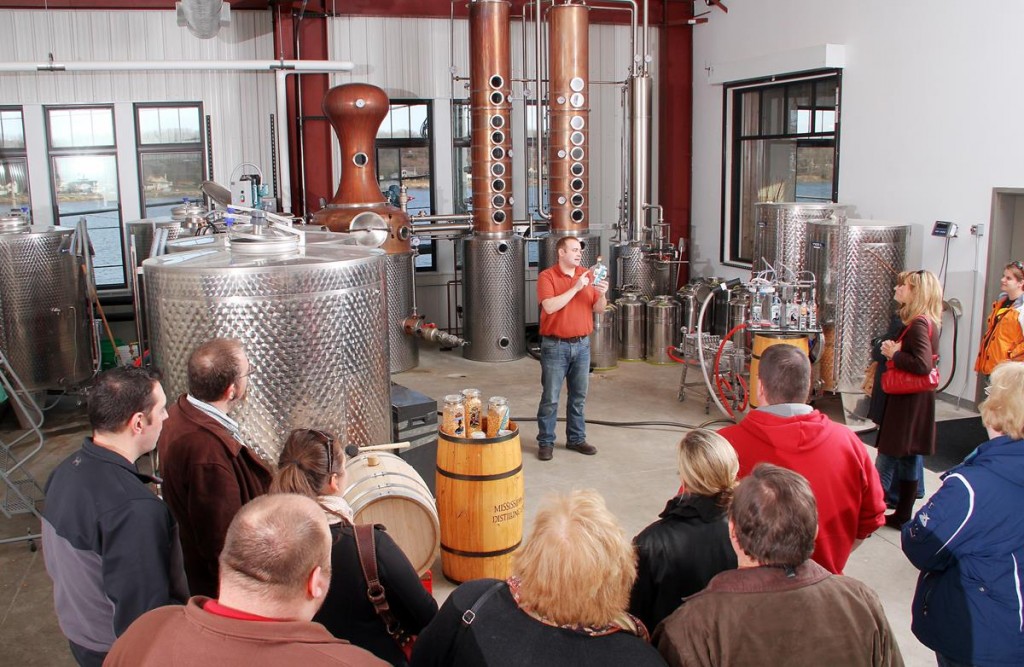 Little LeClaire lures nostalgia-minded tourists with its antique and gift shops, particularly Antique Archaeology, home base for the History Channel’s popular “American Pickers.” You might even run into the show’s Mike Wolfe, a LeClaire resident. The riverfront’s Buffalo Bill Museum honors a celebrity from the past—William F. Cody, born nearby in 1846—with exhibits and a video on the Wild West showman. The Twilight Riverboat, the riverfront’s most photogenic asset, offers two-day cruises from LeClaire to Dubuque. Another tourist magnet is Mississippi River Distillery, where free tours show the craftsmanship that goes into each bottle of vodka, gin and whiskey made with locally grown grains. Samples are available.

Davenport and Bettendorf, a short drive south of LeClaire, make up the Iowa portion of the Quad Cities, the largest metropolitan area between Minneapolis and St. Louis. Also encompassing Moline, East Moline and Rock Island, Ill., the Quad Cities (pop. 380,000) is the only place where the river runs east to west. 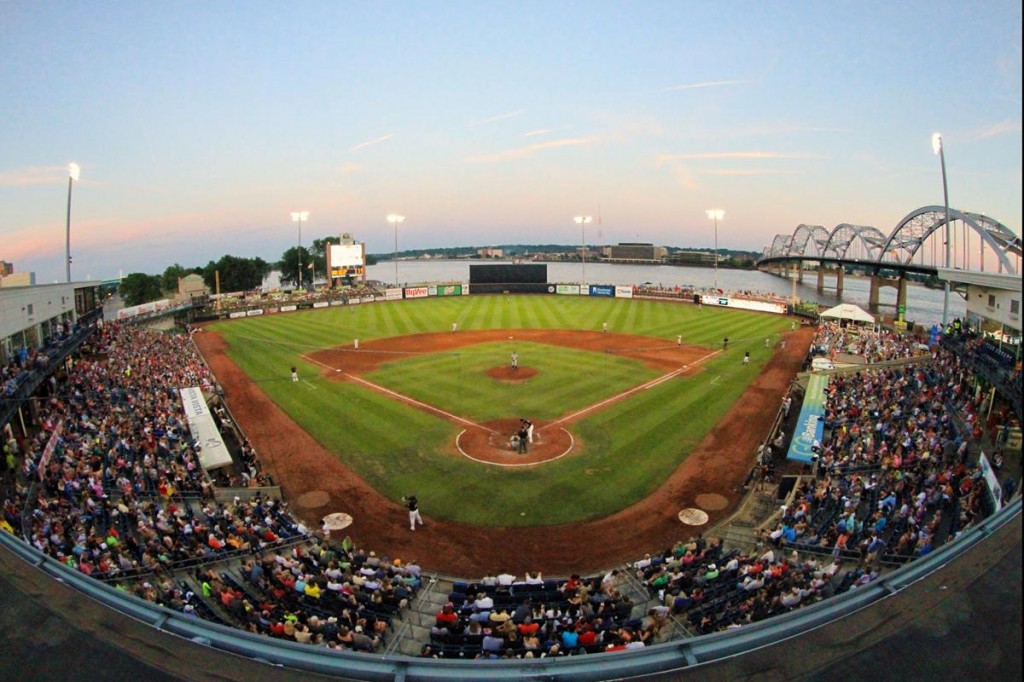 Downtown Davenport boasts an attractive riverfront park ideal for strolling, plus attractions like Rhythm City Casino, Figge Art Museum and The River Music Experience, a non-profit center where visitors can relax over drinks at the Redstone Room and hear local talents showcasing the works of Mississippi River-inspired musicians who influenced blues and jazz. The newest riverside landmark is the 110-foot-tall Ferris wheel at Modern Woodmen Park, home of baseball’s Quad Cities River Bandits, a farm team of the Houston Astros.

Other crowd-pleasers in the Quad Cities include Davenport’s German-American Heritage Center and Putnam Museum of History and Science, Isle Casino Hotel in Bettendorf and the Celebration Belle, the largest non-gaming riverboat on the Upper Mississippi. The Belle’s sightseeing, lunch and dinner cruises depart from Rock Island, as do day-long cruises to Dubuque.

Muscatine, about 25 minutes southwest of the Quad Cities, takes pride in its industrial heritage. By 1900 it was known as the “Pearl Button Capital of the World” and once accounted for more than 40 percent of the world’s button output. More than half of the city’s workforce was devoted to the button industry, from harvesting the raw material—shiny mussel shells in the Mississippi—to shipping the final product. Visitors to the Muscatine History and Industry Center learn that pearl button production ceased in the late 1960s. 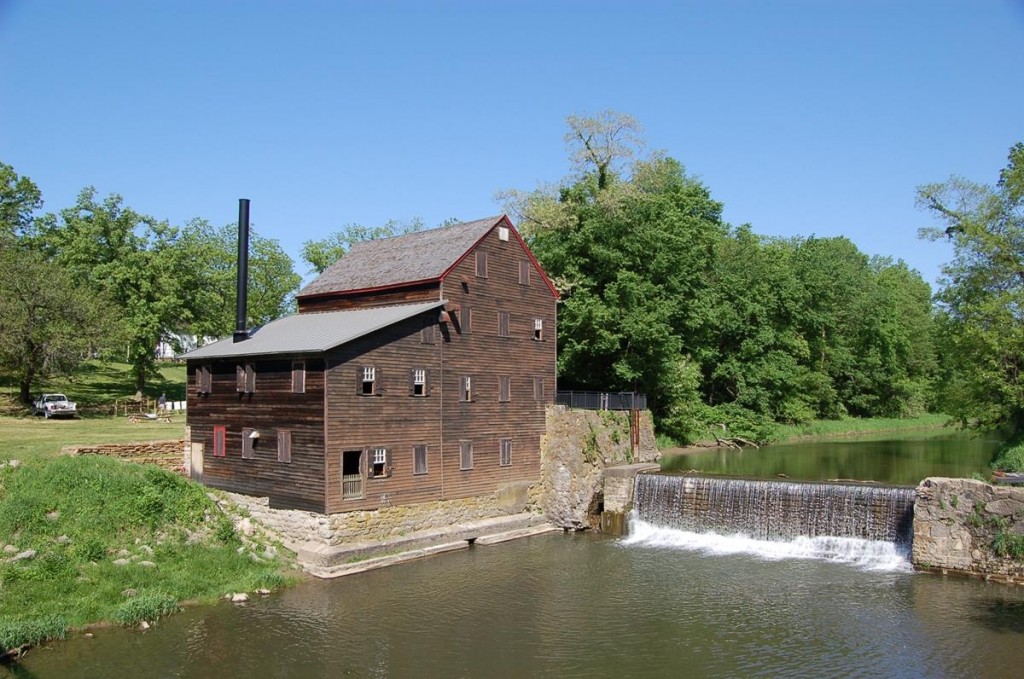 The Muscatine Art Center, housed in a 1908 mansion, exhibits American and European paintings, period furniture, Oriental rugs and decorative arts, plus collections of antique paperweights, American art glass and music boxes/instruments. Wildcat Den State Park, 10 miles from town, is home to the Pine Creek Grist Mill, Iowa’s oldest operating such mill, and an 1877 one-room schoolhouse. Groups in Muscatine also enjoy Winters’ Buffalo Farm, where they can take pictures of the majestic herd, buy buffalo meat and witness exotic animals like llamas, peacocks and a zedonk (a cross between a zebra and a donkey).

Traveling south on the Great River Road leads to Burlington. Snake Alley, perhaps the town’s most famous landmark, was recognized by Ripley’s Believe It Or Not as the “Crookedest Street in the World.” Built of bricks in 1894, the steep street drops 58 feet over a distance of 275 feet and rivals San Francisco’s Lombard Street for the “crookedest” honor. Many groups visit the elegant, Victorian-style Phelps House Museum at the top of Snake Alley. Those who choose to walk down the twisting street will be picked up by the motorcoach at the bottom of the hill.

Tours of Burlington also include a drive through Heritage Hill National Historic District, a neighborhood boasting 160 structures in a variety of architectural styles, from late Victorian and Queen Anne to Gothic and Greek Revival. Mosquito Park, named for its size, offers dazzling views of the Mississippi. For an up-close look at river traffic, stop by Lock and Dam No. 18, one of 29 such operations on the upper Mississippi.

Entertainment choices in Burlington include Catfish Bend Casino and Burlington Bees baseball. The ballpark of the Los Angeles Angels’ Class A affiliate caters to groups by offering a buffet meal in the Brat Garden and having a group member throw out the first pitch.

Downtown Burlington’s Capitol Theater, a restored 1937 Art Deco jewel that reopened in 2012 after being closed for 35 years, presents independent and classic films, plus national touring acts. A dinner on the stage can be arranged for groups.

Fort Madison’s main draw is Old Fort Madison, a replica of the frontier defense post that was built in 1808 and abandoned and burned just a few years later. Located in Riverview Park on the downtown riverfront, the fort offers tours led by costumed interpreters and on certain occasions has musket firing, military drills and bread-baking demonstrations.

In Keokuk, in Iowa’s far southeastern corner, an old railroad bridge that spanned the Mississippi, is now an observation platform where people come to picnic and watch the riverboats go through the locks at Lock & Dam No. 19. The impressive dam, the largest electricity-generating plant in the world when completed in 1913, stretches almost a mile across the Mississippi. The dam is not open to the public but has a lookout deck popular with eagle watchers in winter. Also visit the George M. Verity River Museum, a steam-powered, sternwheeler towboat, and drive along Grand Avenue, lined with magnificent old homes.

An Iowa trip following the mighty Mississippi is a nostalgic journey into the past and spotlights the very essence of America’s heartland.