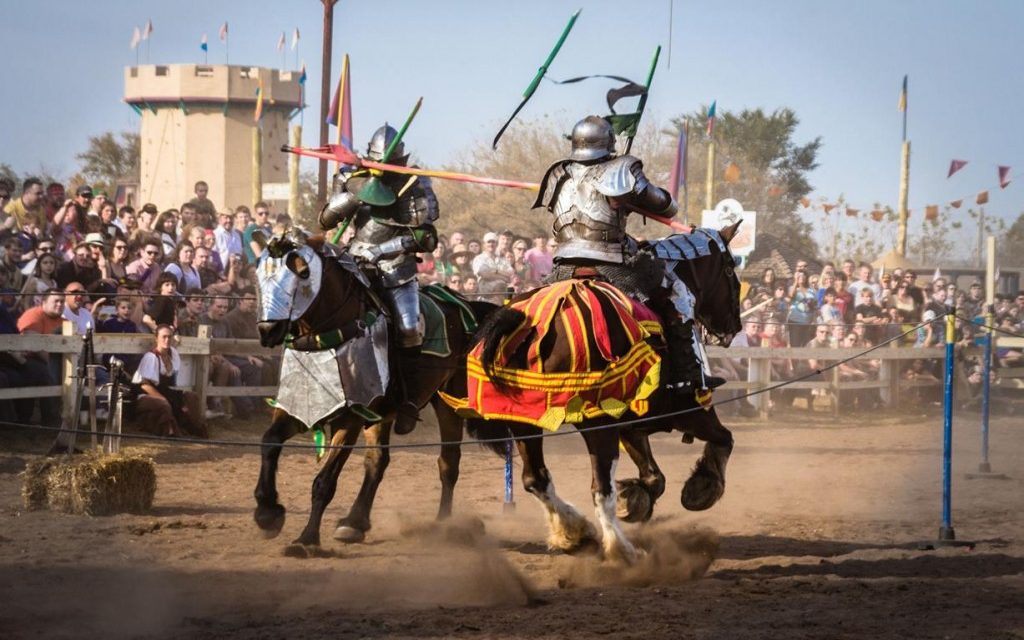 Tour groups can embellish their trip to Minnesota by including special annual events like the Judy Garland Festival, Minnesota Renaissance Festival and one of the biggest state fairs in the country.

Every corner of Minnesota stages group-friendly festivals throughout the year. Chances are, there will be something special on the calendar when your group visits, whether it’s a big-city shindig or small-town party. From ethnic festivals to a mega state fair, a kaleidoscope of annual events awaits group travelers. Here is a just a sampling:

The Judy Garland Museum every year honors the legendary singer and movie star, born Frances Ethel Gumm in Grand Rapids in 1922. There are lectures, stage performances and The Wizard of Oz film showings. Visitors are encouraged to wear their favorite Oz character costume. This year’s 38th annual festival marks the 75th anniversary of The Wizard of Oz (1939) movie, and the museum debuts its new 3,000-piece Wizard of Oz exhibit. (judygarland museum.com)

These two festivals join forces to celebrate Nordic culture from ancient times to today. The Viking Festival, a gathering of living history enthusiasts from throughout the Upper Midwest, showcases Viking games, battle demonstrations and crafts like coin striking and chainmail production. The Scandinavian Festival celebrates Icelandic, Norwegian, Swedish, Finnish and Danish cultures with ethnic foods, crafts and music. The events take place at the Hjemkomst Center, home of the Viking ship that sailed from Minnesota to Norway in 1982. (nordiccultureclubs.org)

Showcasing nearly 30 national performances on two concert stages, this is one of the Midwest’s largest outdoor music festivals. Events also include a Moonlight Mardi Gras Cruise and blues acts at nearly 20 nightclubs. The event takes place in Canal Park on Lake Superior, the largest freshwater lake in the world. (bayfrontblues.com)

Journey back in time to a 16th century European village at one of the country’s largest renaissance fairs, now in its 44th year. Highlights include jousting by knights in armor, elephant rides, belly dancing, games, entertainment on 16 stages and 120 food booths. Some 250 artisan booths sell everything from period attire to real battle axes. The event, held on weekends, welcomes almost 300,000 people each year. (renaissancefest.org)

More than 1,000 living history re-enactors bring the fur trade era (1650-1840) to life. This celebration of frontier America features a voyageur encampment with hundreds of tents and campfires, music performances by groups from throughout the U.S. and Canada, and demonstrations of Native American and pioneer skills. Try your hand at spoon carving or watch a gunsmith create a work of art. Food includes wild rice soup, smoked turkey legs, pork chops on a stick, and Indian tacos and fry bread. (bigislandfestivalandbbq.org)