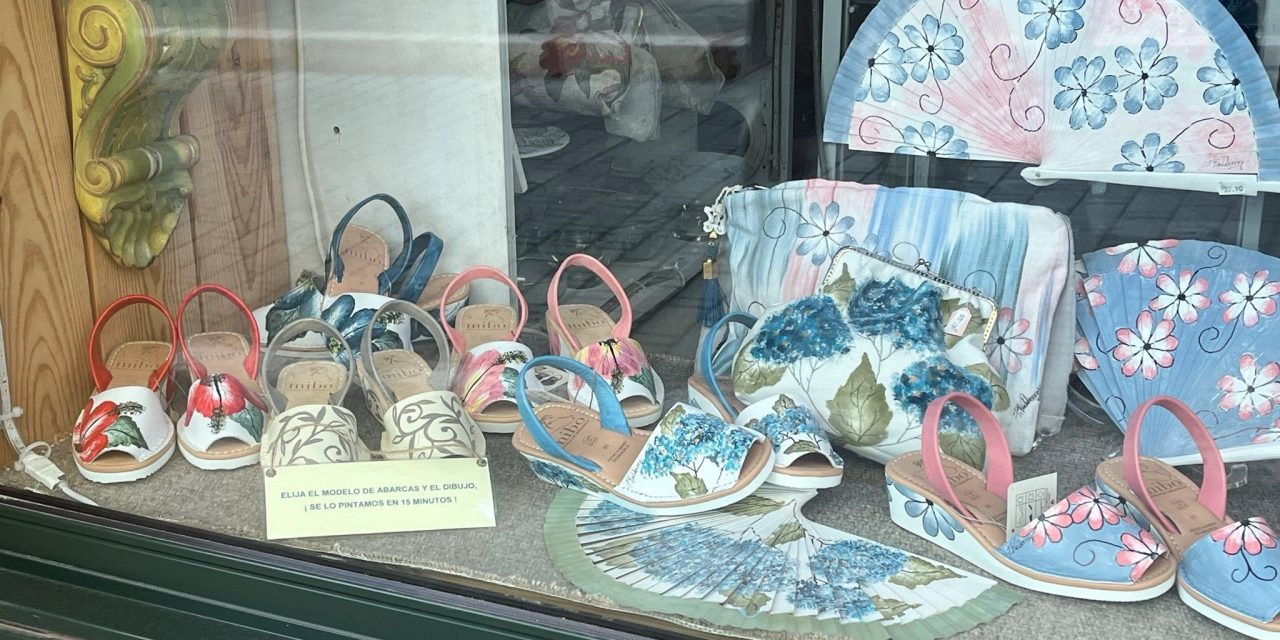 The farming, footwear, fashion and handicraft industries tap into the resources and inspiration offered by the little Spanish island.

In the west Mediterranean Sea, the Balearic Islands’ Menorca makes the most of its natural resources. And for being only about 30 miles long and 10 miles wide, it has a lot!

This haven of coves and turquoise water licking untouched white sand beaches has been a Biosphere Reserve since 1993, and due to its wide diversity of habitats and landscapes, it is UNESCO-designated as the headquarters for the World Network of Island and Coastal Biosphere Reserves for matters pertaining to sustainable development. Local farming practices focus on sustainability and preserving the island’s natural heritage. Using environmental resources found within the island’s ecosystem, resident farmers and artisans make a living from the offerings provided by landscape and livestock. 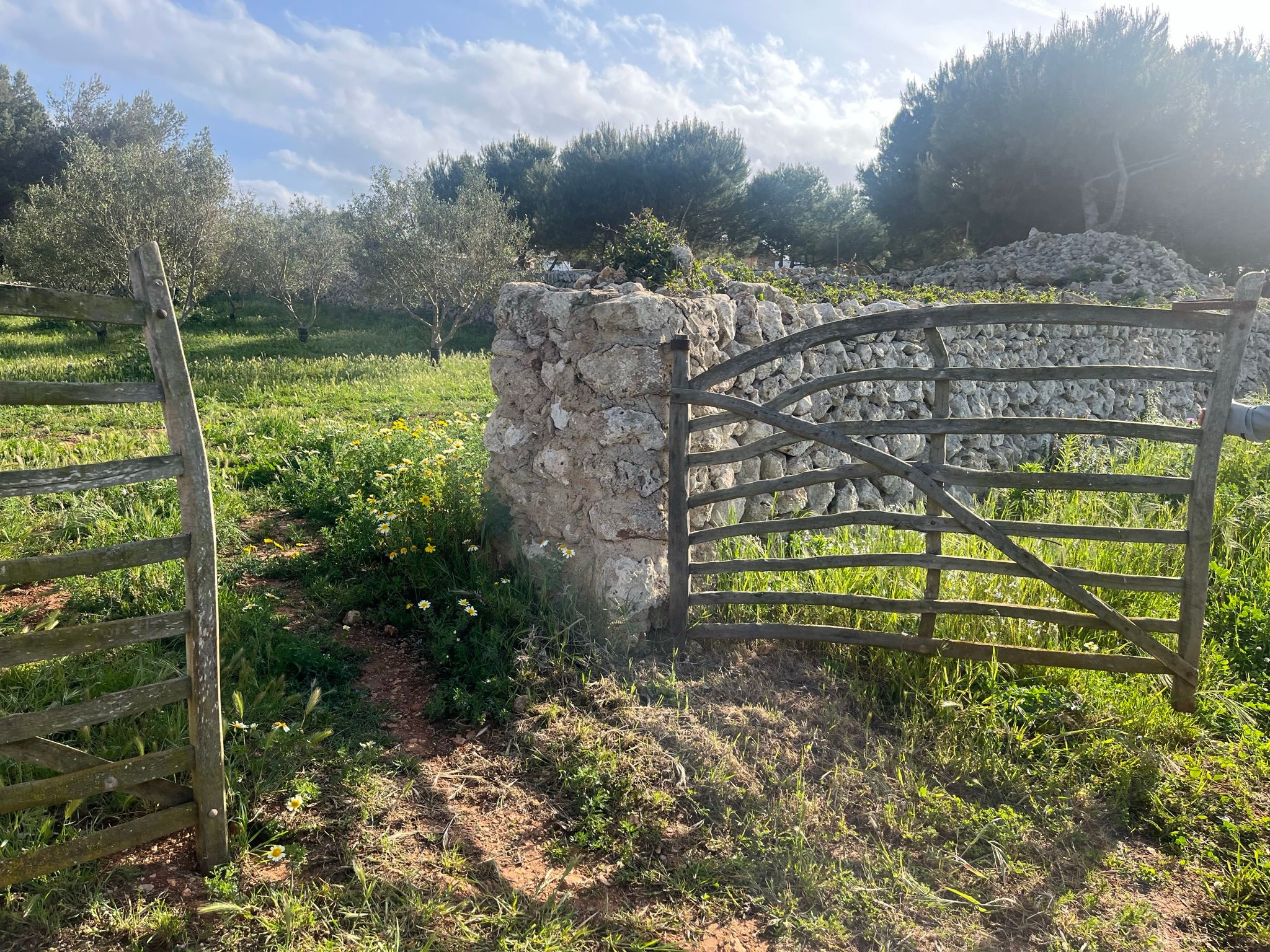 Stone walls and gates made from olive wood characterize the Menorcan countryside.

Menorca’s mosaic landscape of varying ecosystems consists of farmland, forests, and villages, with a bird’s-eye view revealing small plots of land divided by a network of dry-stone walls. Since ancient times, agrarians have gleaned rocks from the soil to build these mortar-less barriers that total 6,835 miles on the island (more than half the length of the Great Wall of China) and reduce erosion by blocking the wind from shifting soil to neighboring plots. Even the island’s prehistoric navetas (burial chambers) and talayots (shrines) were built by carefully selecting stones of varied sizes and shapes, filling gaps with sand and relying on gravity to secure them together.

The arbequina variety of olive trees is used to produce a popular extra virgin olive oil with a mild, creamy flavor and slow kick. Oral history says the condiment mayonnaise hails from Menorca, where the invading French Duke of Richelieu first tried the local sauce (a simple mixture of olive oil, egg, and salt) and brought it back to the French court, naming the recipe “mahonnaise” after the town Mahón. The oldest written source of Menorcan recipes is Art de la Cuina, a book by Fra Francesc Roger detailing the island’s cultural gastronomy in more than 200 18th-century recipes, including a recipe for mayo using native olive oil. Not only are olives used for oil production, but the strong wood from wild olive trees whose olives aren’t large enough to harvest is also crafted into rustic, swing farm gates in a distinctive curvy design seen all across the island. 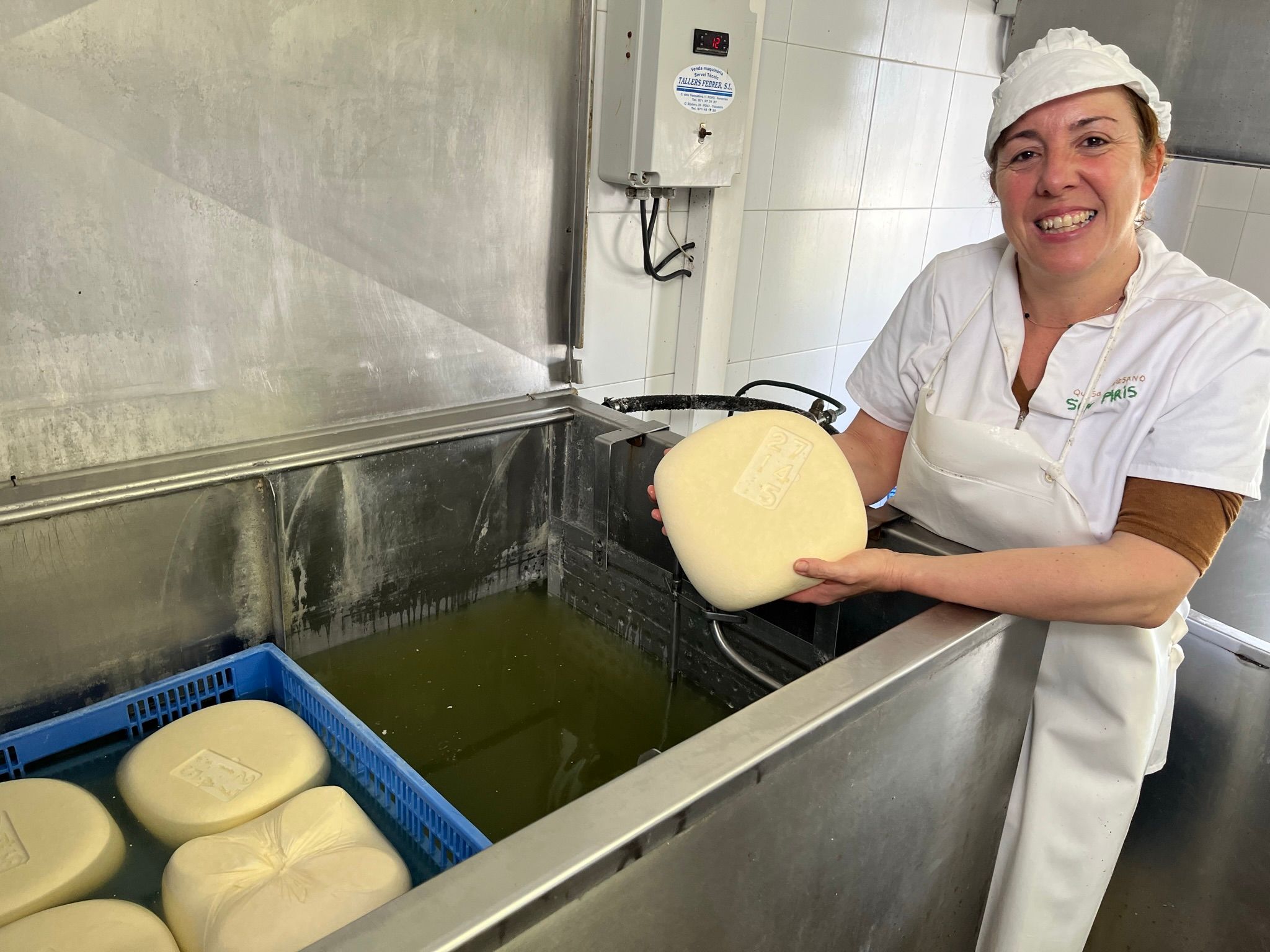 Employing age-old methods, farmers use milk from Menorcan cows to produce rounded-edge square blocks of Mahón-Menorca Denomination of Origin cheese with a flavorful, oily dark rind (even Arabic documents from the year 1000 describe the tasty qualities of cow’s milk Menorcan cheese). Farms like Son Piris produce artisan cheese (made with raw milk and intended for immediate consumption) or the more industrialized and slightly sweeter pasteurized-milk cheeses. Martina Fedelich of Son Piris explained that it is difficult to imitate the Menorcan bacteria used in their cheese, as they are unique and isolated from other cheeses and even differ from those on the neighboring island Mallorca. Easy to identify, Mahón-Menorca cheese’s unique shape comes from the cheesecloth used during the pressing process, and fabric lines from the cloth remain visible in the rind.

Agriculture is a key trade on Menorca; however, the most important manufacturing business on the island is shoe design and production—an industry dating back to the 18th century. Footwear made in Menorca is known for its high quality and meticulous craftsmanship. The most famous sandal shape, with a cowhide leather upper and sole, was first created to protect farmers’ feet while working the rocky soil. Nowadays, these avarcas (also called abarcas or menorquinas) are sold with heels and straps of all styles and colors, but use recycled tires as a hardy sole. Popularity and production have been increasing especially over the past few years, and they are worn by Menorcans and visitors alike. 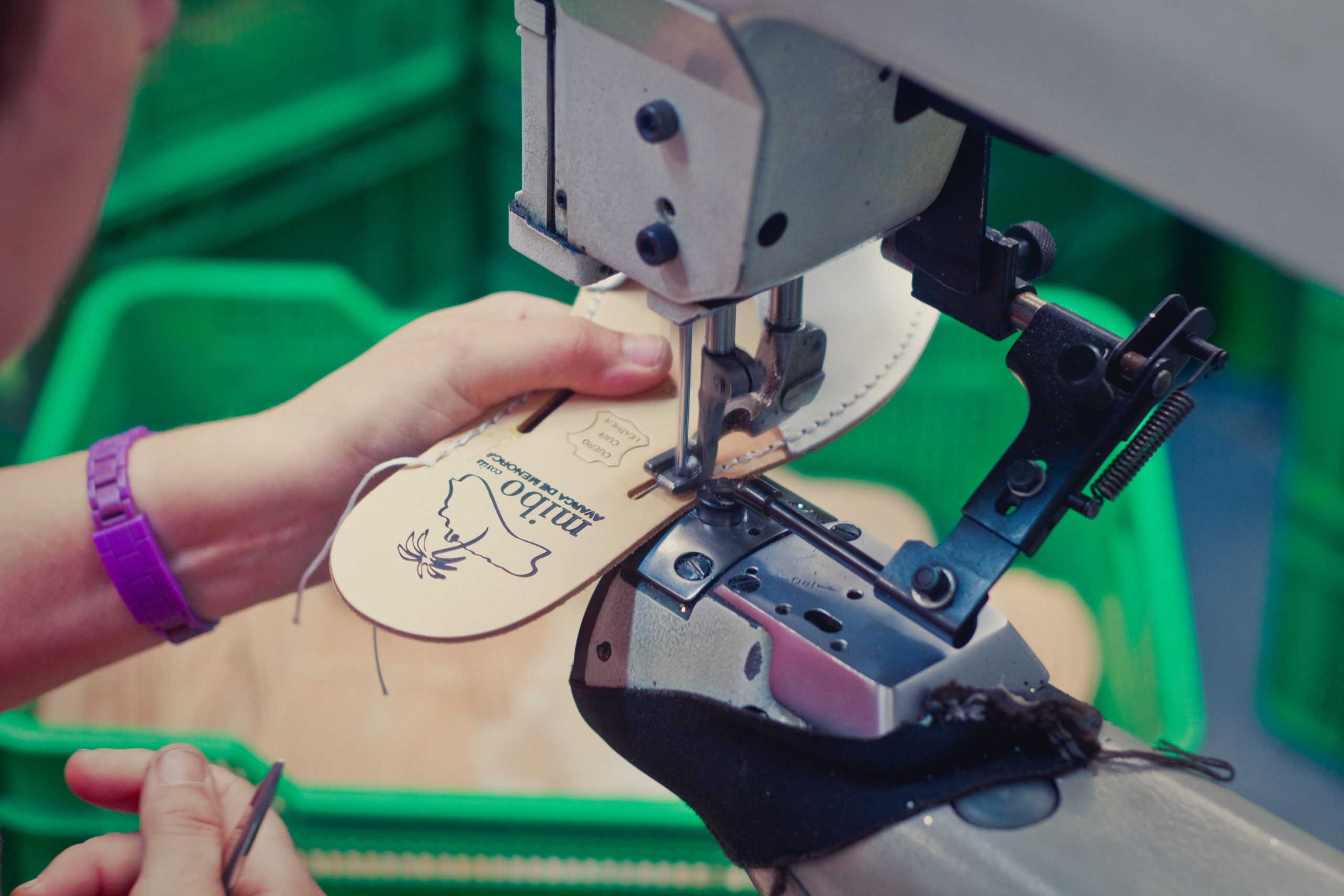 Sewing the sole of a sandal at MIBO’s shoe factory

Avarca company MIBO proudly carries the Avarca de Menorca hallmark—another island-specific denomination of origin—which guarantees that their footwear is crafted locally and made with high-quality materials. Founded in 1998 by Miguel Pascual and Bosco Moll, MIBO designs and manufactures these iconic Menorcan sandals using traditional methodology combined with modern technology. Moll said, “The process to make a pair of avarcas from Menorca has about 25 operations, which all need the hands of craftsmen to be able to make them. We also use technology that helps the craftsmen, but it always requires expert hands. … The future of our product and our brand passes through the qualified training of our craftsmen-workers since there are no schools or training cycles that help this task.”

Another prestigious Menorcan shoe brand known internationally for its impeccable quality and innovative designs is Pretty Ballerinas, a unique line of leather flats produced by the Mascaró Group footwear company. These fashions have been famously worn by Kate Moss, Kate Middleton, the Queen of Spain, Elle Macpherson, Claudia Schiffer, and Angelina Jolie, among other celebrities. Fanny Cano, vivacious franchisee and owner of Pretty Ballerinas U.S. (the sole U.S. store, located in New York City), was born on the Balearic isle of Mallorca and has worked for the Mascaró brand since 1998. 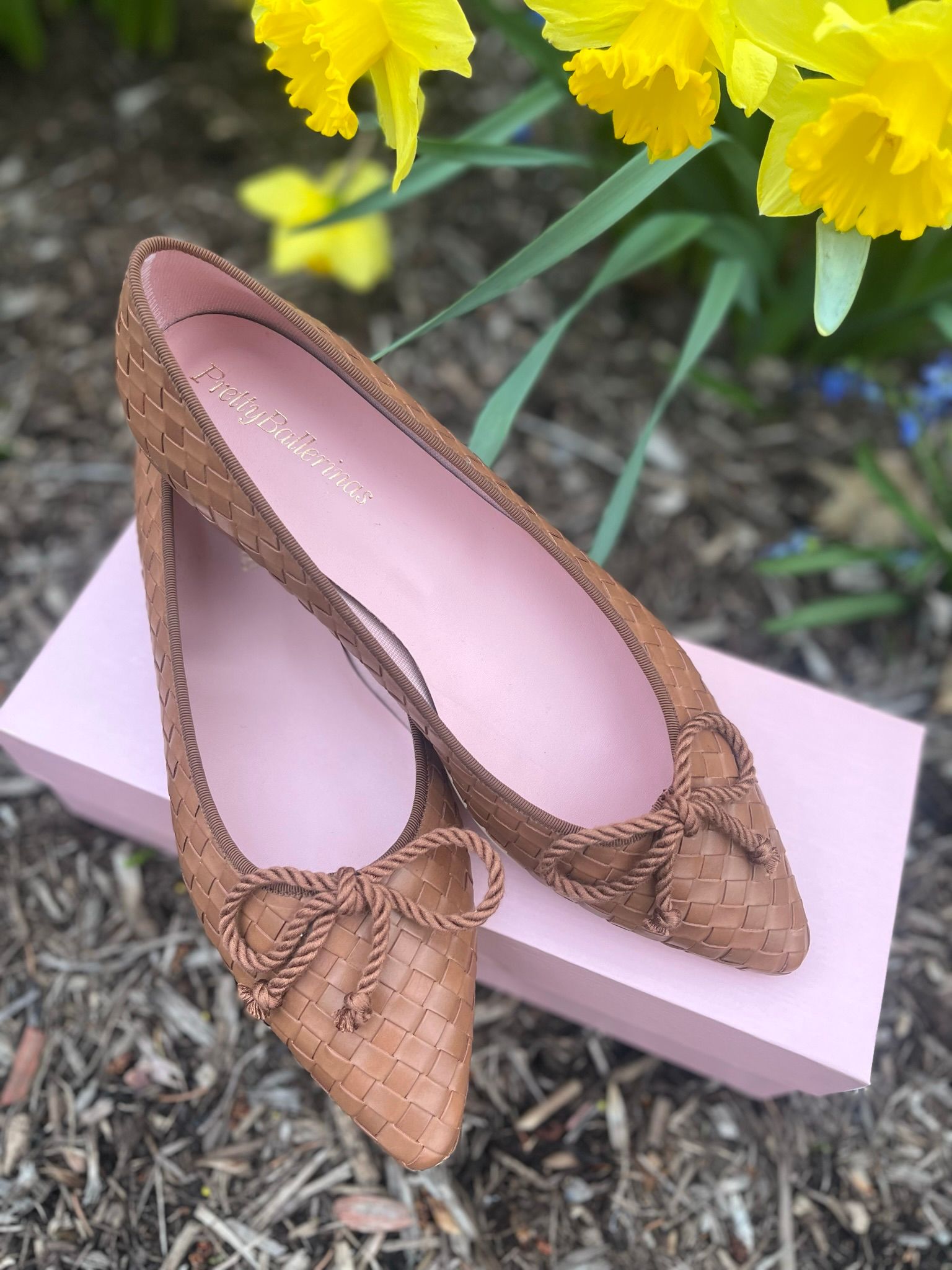 Fanny said, “I love when through our very personal customer service we get to transmit to our customers the island’s vibes. They know they are wearing a unique piece crafted by hand on a small island in the Mediterranean. They feel the quality and the time invested in their pair of shoes. Explaining to the clients where and how the shoes are made—in a very artisanal and old-fashioned method—it really helps them to get tele-transported to the smell of the leather, the artisan hands sewing the shoes, mixed with the breeze of the sea and the taste of the food.”

Woodworking, earthenware, basket weaving, traditional llaüt wooden boat carpentry, and other crafts using fabrics, stone, and paper are sold in island shops and markets during the summer months. The quality of local, professional artisans’ work is acknowledged by the Artesanía de Menorca (Craft of Menorca) hallmark, and the Centre Artesanal de Menorca (Artisan Centre of Menorca) at the Es Mercadal fairground exhibits and sells many of these handmade products.

A Menorca-born leader in local artistry is the Pou Nou clothing company, whose designers work closely with area artists to produce contemporary designs and stylish garments that reflect the colors and shapes of Mediterranean life. Drawing inspiration from the sea, sky, and island itself, Pou Nou creates hand-printed T-shirts and breezy, comfortable fashions for all ages using natural fibers like linen and cotton. Owner Joan Carrés said, “I am proud of having been in the business for 36 years, following my original idea of combining good quality garments with original artwork from local artists.” 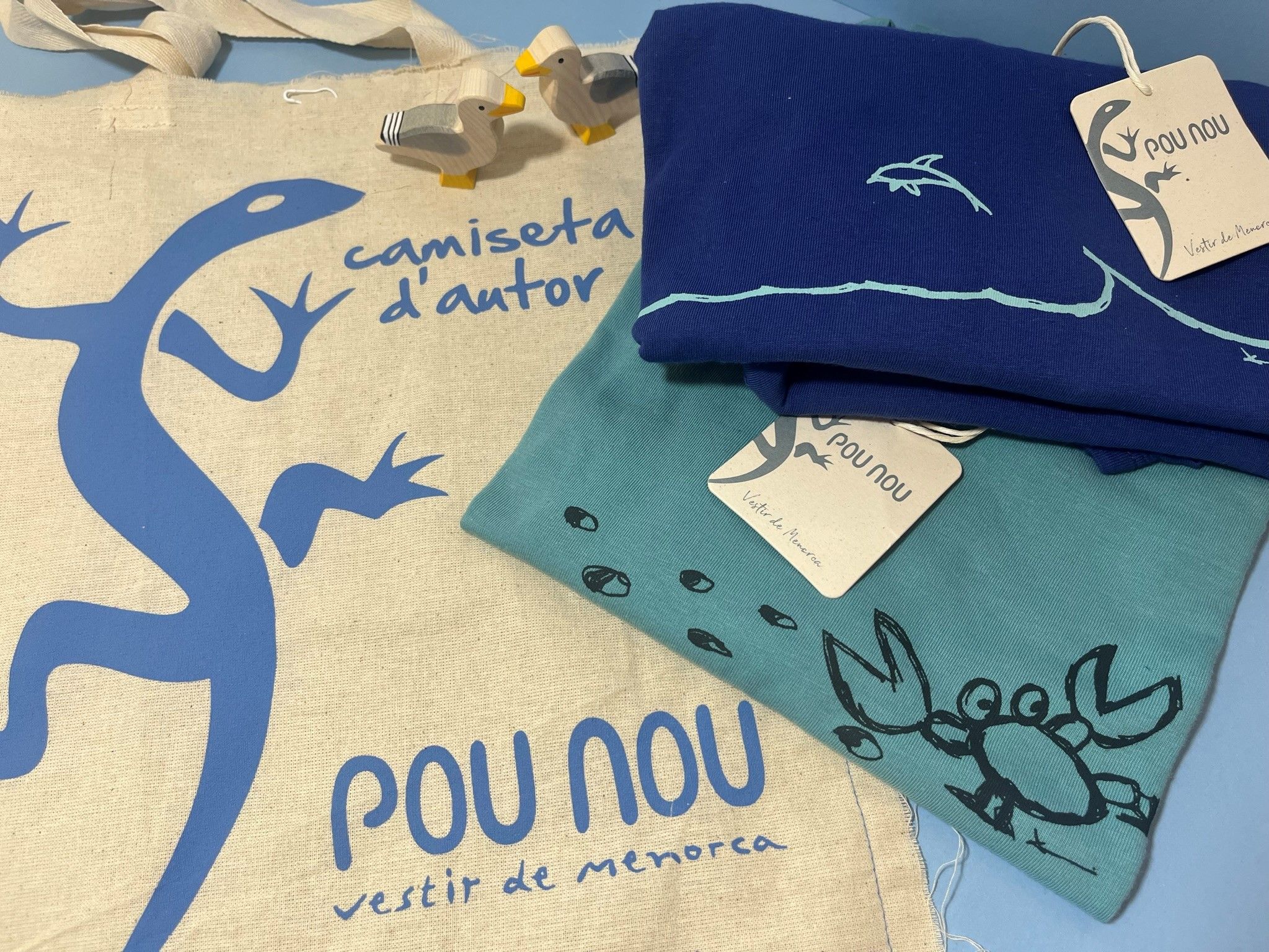 Menorca has been like a hidden treasure for many years, largely reached only from mainland Spain, but the new direct flights from the United States allow easier access to the island. Its varied ecosystems and natural offerings provide ample resources for a thriving artisan business, with agriculture, footwear, fashion, and handcrafting industries using materials and inspiration offered by the beautiful land and sea.

Story and Photos by Alison Ramsey

Lead Photo: A display of the high-quality Menorcan sandals made by the company MIBO