Memories are Made on The North Carolina Coast 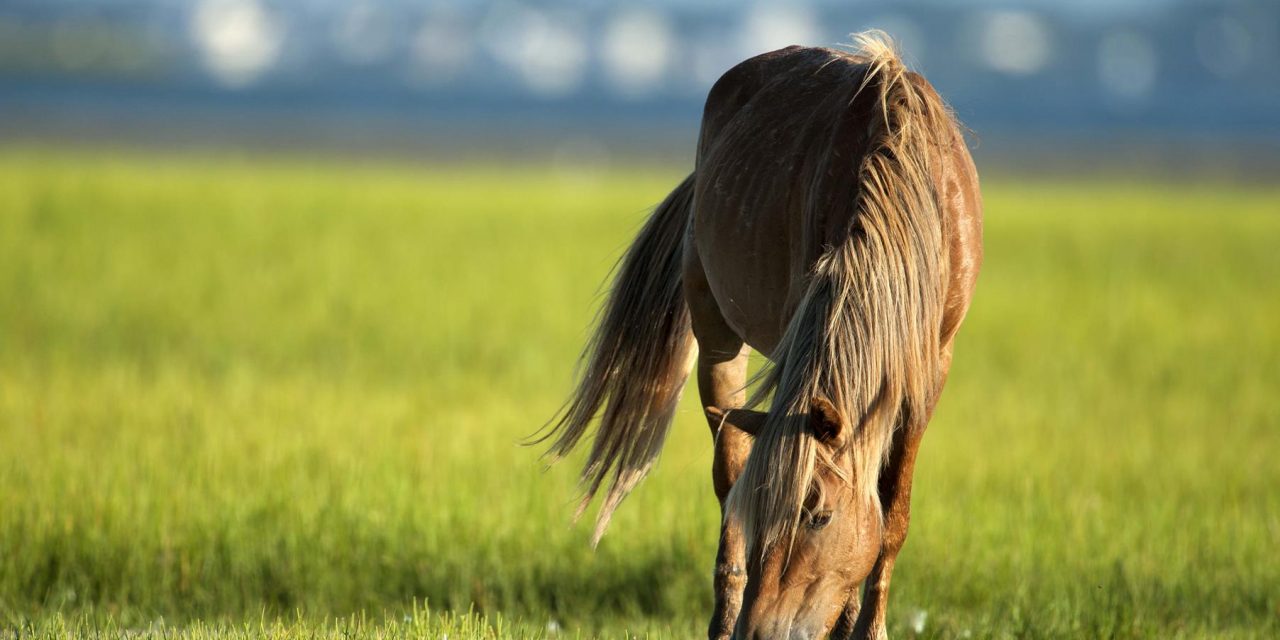 The Real Stories of the Venus Flytrap and Blackbeard the pirate can only be fully appreciated with a visit to the Tar Heel State.

The North Carolina coast region is a wonderful blend of scenic beauty, rich history, delightful indoor and outdoor attractions and distinct cuisine. Among all of those attributes, two destinations stand out as they offer a unique group experience. The Wilmington, NC River District and Island Beaches has long been a favorite of beach goers and history buffs. Wrightsville Beach, Carolina Beach and Kure Beach offer plenty of things to do with the ocean as a backdrop. The river district’s historic homes are best explored on a carriage ride. Plan to stop and tour Bellamy Mansion. A short drive, Airlie Gardens is a four seasons setting of beauty with Enchanted Airlie displaying more than one million lights during the holiday season. 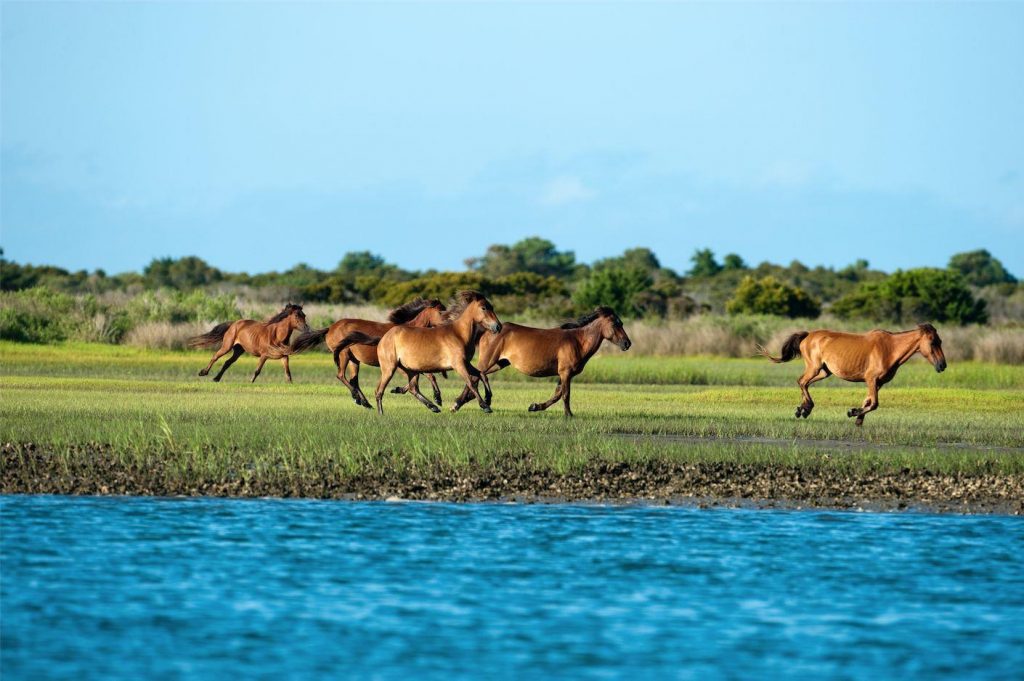 Once the “Lifeline of the Confederacy,” Wilmington was the last port to supply General Robert E. Lee’s army. Fort Fisher, the ports protector, fell to Union forces on January 15, 1865 and on February 22, Union troops marched into Wilmington. History continues to be a part of Wilmington as the Battleship North Carolina tells the story of World War II.

Today, Wilmington is on the move with new flag hotels appearing and the renovation of a longtime favorite, the Hotel Ballast, which features great river views and convenient access to a popular river walk.

Departing from the river walk, the group-friendly Henrietta riverboat offers a new dinner or lunch tour option along with narrated sightseeing cruises. Cameron Art Museum, through its regular collection and special exhibits, is setting the tone for regional art museums. wilmingtonandbeaches.com

Another interesting thing about Wilmington is its carnivorous plants. Carnivores are not new as they can be found on every continent with the exception of Antarctica. However, the Venus flytrap is native to select boggy areas in North and South Carolina.

To celebrate this abnormality, there are banners hanging from streetlights on the river walk and even a Flytrap Brewery in the Brooklyn Arts District. Before you set off to find some Venus flytraps understand they are not what you saw in Little Shop of Horrors. In fact, they are quite small and feast only on the juice of insects. 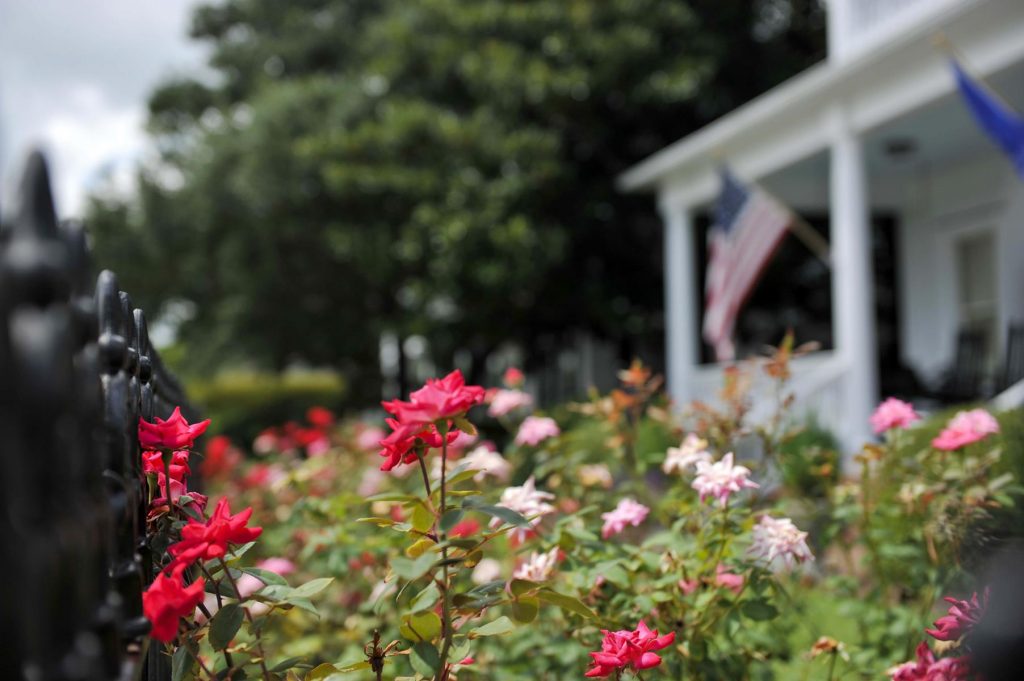 Another fun stop is the Stanley Rehder Carnivorous Plant Garden. Created by Mr. Rehder over 25 years, he was affectionately known locally as “The Flytrap Man.” Informative signs along the walkway to the garden provide interesting and littleknown facts and a hint of how to locate the Venus flytrap.

To see the flytrap in its natural environment, visit the Carolina Beach State Park for a walk on the Flytrap Tail. Park Ranger Darla Edwards is a delightful guide and she claims, “Most park rangers know a little about a lot of things, most do not know a lot about one thing.” She may be the exception when it comes to carnivorous plants and the Venus flytrap.

The trail itself is less than a mile and travels through an ecotone, or transition area. The area is bookended by pocosin and long leaf pine areas allowing the plants plenty of sunshine. Every three or four years, there’s a controlled burn which leads to an increase in the plants. ncparks.gov/ carolina-beach-state-park.

Regardless of whether you arrive on the Crystal Coast by land or sea, you’ll be quick to realize this is a special place. This 85-mile stretch of coastline has 11 distinct communities with a host of options for reunions and group tours. 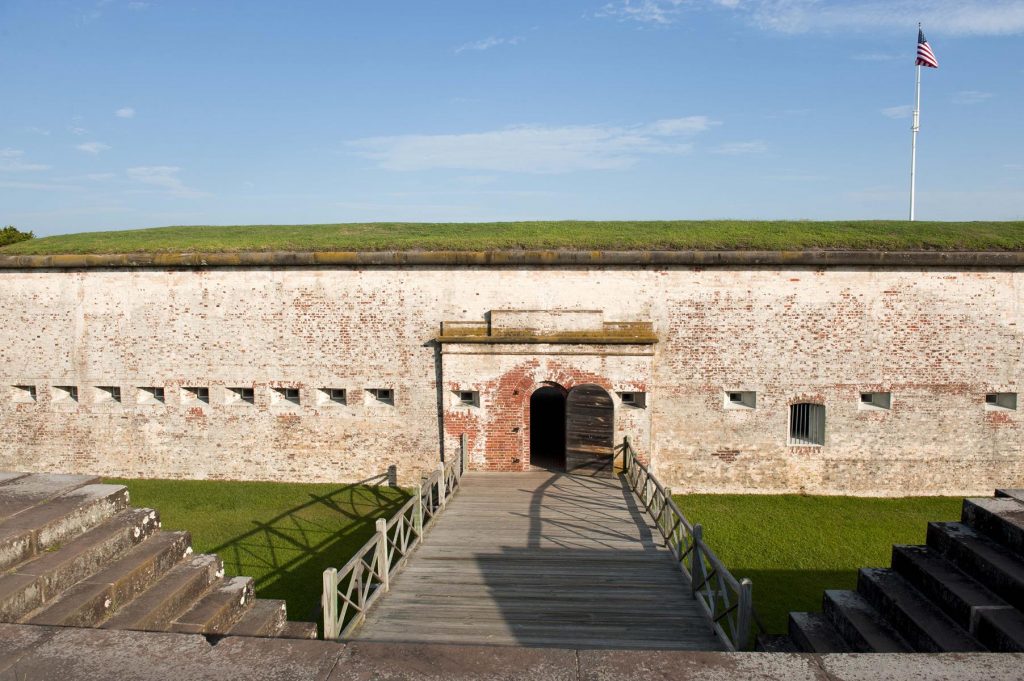 Surrounded by rivers, sounds and the Atlantic Ocean, every visit should begin with a water focus. From ecotourism and sightseeing tours to pier and charter fishing, you’ll soon become immersed in the coastal life. Even The Crystal Coast land attractions have a connection to the water. Case in point is the North Carolina Aquarium at Pine Knoll Shores. Plunge into the world of water as you travel from North Carolina’s mountains to the sea. Another example of how the water impacts the area’s history is Fort Macon State Park. Almost totally surrounded by water and just minutes from Atlantic Beach, this Civil War fort is both a history lesson and recreational attraction.

Designed by a young engineer, Robert E. Lee, who later became general of the Confederate army, there are guided tours of the fort and regularly scheduled musket and cannon demonstrations. The ocean, salt marshes and estuaries provide an opportunity for recreation and exploration. More than a dozen art galleries and studios are found throughout the area and are well worth a visit. crystalcoastnc.org 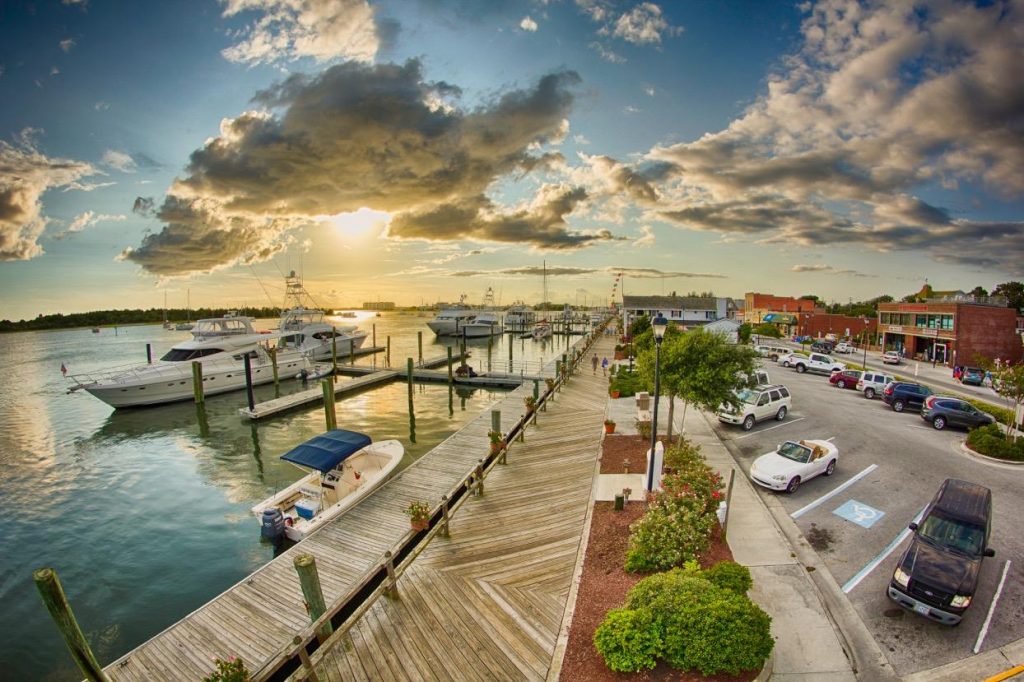 The waterfront in Beaufort, North Carolina is wondrous

With all there is to see and do in the area, plan for a few days in Beaufort. The new Beaufort Hotel is a perfect base. Tour groups are welcome to the luxury hotel’s 133 rooms and 47 double queen rooms each with a generous bathroom and top-notch shower.

A great place to begin is downtown at the Beaufort Historic Site and Welcome Center. Docents in colonial dress provide tours of restored buildings.

The John C. Manson House, old jail and the pharmacy are favorites. Make certain to allow for time to browse the Mattie King Davis Art Gallery.

No matter where you visit on the coast of the Carolinas, Georgia, Florida and the Caribbean, there’s a lot about pirates. For the real deal, a visit to the North Carolina Maritime Museum in Beaufort is necessary. In 1996, the legendary pirate Blackbeard’s flagship, the Queen Anne’s Revenge was discovered. It had run aground on a sandbar just off the coast of Beaufort. Once located, the task of bringing surviving items to the surface began.

Now, more than 300 items from the shipwreck are on display leaving no doubt it was the Queen Anne’s Revenge that was discovered. Different tours of the museum are available, but the Blackbeard Exhibit is the most popular. Across the street and part of the North Carolina Maritime Museum is the Harvey W. Smith Watercraft Center. Boat building for all ages is taught.

For more information on the North Carolina Maritime Museum in Beaufort, the Blackbeard Exhibit and Watercraft Center, call Christine Brin at 252504-7743, Christine.brin@ncdcr.gov. For general information visit online at ncmaritimemuseumbeaufort.com.