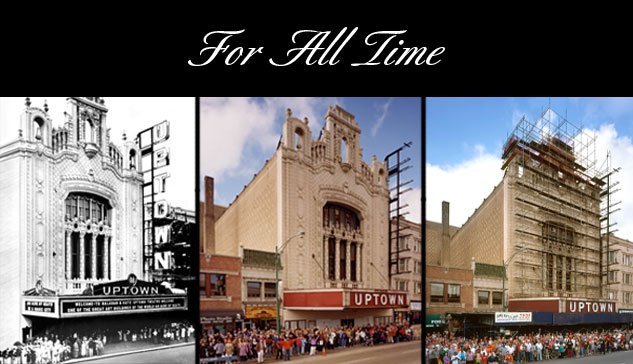 Groups looking for a little breathing room in Northeastern Illinois will find plenty of solid itinerary ideas in McHenry County, about 50 miles northwest of Chicago.

Nestled beyond the fringes of suburban Chicago, towns like McHenry, Woodstock, Richmond and Harvard are just a short hop from the Wisconsin border.

On a recent day trip to the area, I soon realized that a tour planner could craft a fun-filled, two- or three-day trip and never leave the county. 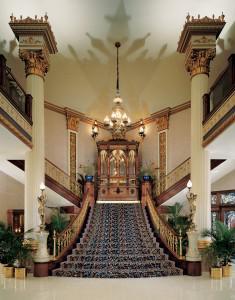 High on your list should be what I deem as McHenry County’s star attraction—Place de la Musique, a museum on the Barrington Hills estate of the Sanfilippo family of the Fisher Nut Co. fortune. It’s particularly suited to group tours—in fact, this phenomenal collection of antique music machines and other mechanical marvels made between 1870 and 1930 is not open to the general public. Only private tour groups (50-guest minimum) and those attending special events can view the mind-boggling array of restored treasures acquired over the years by Jasper Sanfilippo.

Tour members are overwhelmed with the ingenious, ornately crafted machines, many of which are demonstrated during the two-hour tour through sumptuous exhibit rooms in a huge French Second Empire-style addition to the original family home. I was so dazzled I didn’t know where to look first. There are Edison and Victrola phonographs, rare player pianos, even a 1922 Hupfeld Phonoliszt-Violina that plays a piano and three real violins by means of a rotating metal ring with horsehair bow. Also on display are antique arcade games, slot machines, stereoscopes, popcorn machines, fortune-telling machines, and peanut and coffee roasters.

The highlight of a visit is a concert in the Music Theatre, a cavernous, fancifully decorated space featuring the world’s largest restored theater pipe organ, a 1927 Wurlitzer built for the Riviera Theater in Omaha. Rising on a from the basement to the stage on a lift from Chicago’s old Granada Theatre,, the massive organ console controls 8,000 pipes, percussions and sound effects in five rooms behind the four-story-high curtain. Seated in the balcony, guests enjoy a computer-driven program of tunes from Phantom of the Opera and other Broadway favorites to the Beatles and Star Wars. The balcony is accessible via a Victorian cage elevator. 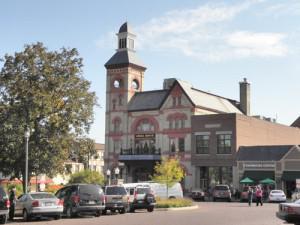 The theater’s chandeliers are from the Uptown Theater in Chicago and Milwaukee’s Garfield Theater. Railings and seats are from the old Ambassador Theater in St. Louis. Silent movie posters adorn the walls.

After the rousing concert, there are more wow factors still to come. The last hour at Place de la Musique is devoted to the Carousel Pavilion, a building that houses huge European fairground and dance hall organs as well as the awesome Eden Palais Carousel, which toured France from 1890 to 1959. More than an amusement ride, the most complete example of a European salon carousel in existence featured stages for live performers, several bars, a band organ and a grandiose facade with carved horses, giant art glass butterflies, beveled mirrors, an electric “Eden Palais” sign and a painting that replicates an original that hangs in the Louvre. The carousel itself, adorned with large paintings, has 36 hand-carved horses, four ornate rocking gondolas and a spinning lovers’ tub. It’s not available for rides.

The Sanfilippo collection appeals to various interests. I was enthralled with the general nostalgia. The mechanical aspects appeal to others, while those into antique furniture appreciate the finely crafted cabinetry and decorative art objects that furnish the exhibit rooms. And everyone likes the happy music the machines crank out.

Each tour can be tailored to the group’s interests and level of mobility. There are plenty of places to sit and rest.

After visiting the Sanfilippo Estate, some groups stop at the Fisher Nut outlet store in nearby Elgin or Barrington. In the nut industry Fisher is second only to Planter’s. It makes many store brands, including the Kirkland brand at Costco.

Groups touring McHenry County also have fun shopping in Woodstock’s historic town square. There’s an art gallery in the former McHenry County Courthouse (1857). Next door at the former sheriff’s house and jail (1887) is La Petite Creperie and Bistrot, a French-flavored spot that can accommodate groups.

Many groups start their Woodstock Square experience with a free tour of the 1889 Woodstock Opera House, a performing arts center where a groundhog character is available to greet and pose for pictures. The 1993 Bill Murray movie Groundhog Day was filmed in Woodstock and every winter the town celebrates its starring role as Punxsutawney, Pa. with the five-day Groundhog Days festival. Summer in the square includes band concerts and a farmers market on Tuesday and Saturday.

At Gardens of Woodstock, a garden store, groups can stroll through the show garden, pick up garden accessories and have a box lunch. Tour members get to choose what’s in their lunch and can eat indoors, on the patio or on a bench in the garden.

For one-of-a-kind, handmade items from around the world, shoppers head to Ginger Blossom, a farmstead in Richmond. The old dairy barn, farmhouse and other buildings are packed with items collected by Ginger Blossom, who travels three or four months of the year on buying trips. Wares range from tribal and folk art to Persian rugs and stone Buddha statues. Perhaps an Afghani belt, a scarf from Nepal, a woven vase from Colombia or camel bone-inlaid mirror from India will catch your eye.

Downtown Richmond has several antique shops. Anderson’s Candy Shop has specialized in hand-dipped chocolates since 1926. Also in Richmond is an original Dog n Suds drive-in from the car hop era. The restored, ’60s-style eatery is best known for its hot dogs and creamy root beer.

Royal Oak Farm Orchard in Harvard is geared to groups, offering 30-minute wheelchair-accessible wagon tours, a buffet restaurant, gift shop and pick-your-own apples. Its bakery makes apple pies, applesauce, apple fritters and apple cider donuts. Open for the season from Aug. 12 to Nov. 19, the farm grows 29 varieties of apples, plus pumpkins and raspberries. Also on the grounds are a train, carousel and petting zoo.

Another lunch option is the magnificently restored Raue Center for the Arts in downtown Crystal Lake. Groups get a tour of the vintage theater and actually have lunch on stage.

The Illinois Railway Museum in Union claims to be the largest of its kind. Rides on vintage train coaches are available, and there’s plenty to look at in the car barns and open railyards.

Classic car fans flock to Volo Auto Museum in Volo, just across the border in Lake County. Besides a vast collection of automobiles, including many that have appeared in TV shows and movies, the complex has three connecting antique malls featuring 250 dealers, plus two other malls.