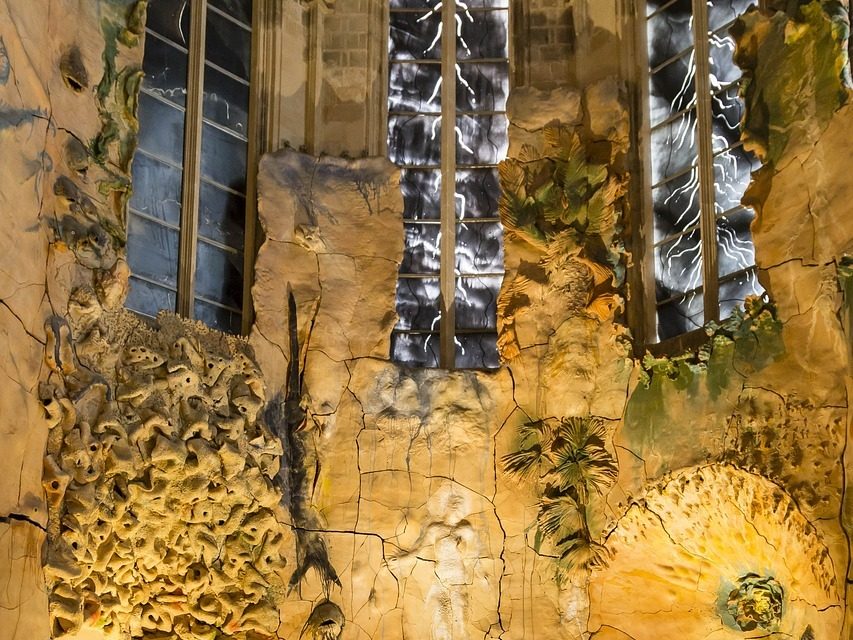 Most people think to go to Majorca for a sun-kissed holiday with access to beautiful nature resorts and the beaches.

If you went to Majorca to view its architecture and design though, you wouldn’t be the first. From all inclusive hotels Majorca you can enjoy the wonderful island of Majorca’s structural flavour without even taking into consideration its gorgeous sands and seas.

The main place that comes to mind when we consider architecture is the Old Town and Port of Majorca – based in Palma – the Mediterranean island’s capital. Steeped in ancient history, this area is the jewel in the crown of Majorca’s finest places to see. The Aragon Crown’s building, Palma’s 14th century ‘Sa Seu’ Gothic cathedral, is probably the most majestic of all the buildings. Although there is little remain of it, this consecrated ground was also a former Arab Mosque under the reign of Jaime the second, and the ecclesiastical monument is full of grand pride. The cathedral is made up of three naves, with one dedicated to the Trinidad Chapel and housing the remains of King Jaime the second and King Jaime the third. The façade, columns and door, as well as the sculptures by Guillermo Sagrera, are worth viewing independently.

Later revisions have been made to the cathedral by the famous Spanish architect and artist, Antoni Gaudí, in the early part of the 20th century. Also, the influences of artist Miquel Barceló within the Santísimo Chapel can be seen. There is a Diocese Museum in bishop’s palace, at the back end of the cathedral where you can view pulpits, paintings, prayer books and Arab tapestries. The Arab history of the site is still in very much revered today, despite its change in religion.

Gothic and Baroque architecture dominate the narrow, meandering streets of Old Town Palma, all bending and twisting into traditional courtyards and quaint little squares. Places on offer amongst this maze of winding streets include the Museu de Mallorca (Majorca Museum) Banys Arabs (The ancient Arab Baths) and the Basilica de Sant Francesc (Basilicas are typically small churches, often rectangular with a central nave and aisles, and a raised platform and apse at one or both ends).

Going just slightly north of Old Town, you will see the Modernista buildings – 20th-century buildings which are dotted with decorative architecture. The Art Nouveau, particularly in Placa Weyler, is home to the Gran Hotel (now an art gallery, café and bar with a bookshop), the Forn des Teatre pastry shop with its colourful exterior and the Purification Garcia boutique. Just above the city is the 14th century Castell de Bellver. Eclipsed by pine trees, you can view the bay from this 700-year-old hill top castle where you can marvel at the city from on high.

Outside of Palma, in Cala Mayor you can find the Fundacio Pilar i Joan Miro. For the latter part of his life, the artist/sculptor Joan Miro crafted from this studio here. The studio is preserved, with another modern building including over 6000 pieces of his work. Well worth a day out to see.

Alcudia and Port Alcudia in the northern part of Majorca, is another fabulous place to see architecturally. If you’re not sure if Port de Alcudia and Alcudia are the same place, and why there are two names, here’s a little history. In the 16th century, the pirates came to the islands of the Mediterranean from the north area of Africa, to ransack the villages. This meant the residents chose to live inland where it was easier to protect themselves from pirate attacks. The fishermen had boats near the coast and Port Alcudia, but chose to live in the inland villages, in the more secure and walled town of Alcudia.

Porta del Moll should be your first stop in Alcudia, which is the doorway to one part of the many fortifications of the Old Town of Alcudia, which were built in the Medieval period by King Jaume the second as a defence system against possible invasions. There are in total 26 towers because King Jaume meant business. From Porta del Moll, you can walk atop the walls and really get a sense of what it was like to live there in fear of invasion. Below is an old bullring dating over 100 years old, which only has mainly mock-fights these days. Other architectural giants in the town of Alcudia include the Town Hall, the Church of Sant Jaume, the Roman city of Pol·lentia (sometimes Pollentia) and C’an Torro Library.

Some more modern buildings include the Inca Public Market-  a zig-zaggy building. Inca is a fair-sized town in Majorca and on the main road from Palma to Alcúdia. Also, Golf Santa Ponsa club on the west side of the Spanish island, a building meant to resemble ‘a rock in the middle of the course’.  There are of course, lots of Spanish-oriented art buildings, of which this is just a snippet. If you want art and architecture in Majorca, you don’t need to look far.