Just outside the lights of Nashville, Clarksville is the perfect host for a unique music tour. Here in the countryside away from all the noise and clatter is where Johnny Cash escaped and Loretta Lynn still lives.

Today, you travel to Clarksville, TN for a two-night stay. After, you have time to freshen up at the hotel.

You re-board your motorcoach for a jaunt off the beaten path, down a narrow farm road and around the bend where lives Murph’s Country Music Barn. Tonight, you enjoy dinner with plenty of rhythm and dancing. It starts with a lesson in line dancing followed by Murph’s band playing country, soft rock and music from the 60s. 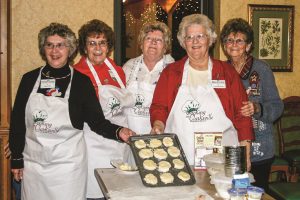 This morning after breakfast, travel Bon Aqua to visit the Storytellers Hideaway Museum and Farm. This was the place Johnny Cash used to escape from public life. The Farm is a must-stop for anyone interested in knowing more about the man behind the country music icon, as well as the region’s rich history. Start at the Storytellers Museum – this is a loving restoration of a building that Cash once owned. He had created a little stage here, and held small intimate concerts for the community. You will be able to experience a live mini concert from the renovated stage, and view rare video footage about Cash at a significant historical event that happened here, along with the history of this property.

The Museum has an extensive collection of Cash photos and memorabilia. Explore the displays in the Farmhouse, and learn stories of the private side of Cash. The Car Shed includes the incredible One-Piece-At-A-Time car – which is based on Johnny’s 1976 #1 hit song – as well as the lavish Johnny Paycheck Cadillac, among other vehicles. Lunch will be included with your visit to the Farm.

Next, head to Hurricane Mills to visit Loretta Lynn’s Ranch to get a glimpse into the personal life of country music’s most awarded female vocalist. You’ll tour Loretta’s Plantation Home, Frontier Homestead (including a replica of Butcher Holler) and the Coal Miner’s Daughter Museum. There is also the Native American Artifact Museum, and Grist Mill Museum, which includes Loretta’s fan and doll collection. Loretta Lynn’s Ranch also hosts many events throughout the year.

Return to Clarksville where you tour the Southern Lights Tobacco Farm, enjoy dinner and a show. Clarksville was once the second largest tobacco market in the U.S. and home to the largest tobacco warehouse in the world. Learn about Clarksville type 22 tobacco and the influence that this tobacco had on this area.

After the tour, your group has dinner here followed by music with entertainment by Grammy award-winning, Clarksville native Charlie Cushman. During his 40-plus years in the business, Charlie has performed with numerous country and bluegrass artists. His music graces more than 20 Grammy-nominated projects and 15 winning projects, including Tim O’Brien’s Best Traditional Folk Album, “Fiddler’s Green” in 2005 and Vince Gill’s “These Days” which won Best Country Album in 2008. He was awarded a Grammy for Best Bluegrass Album with The Earls of Leicester in 2014.

Last stop on tour is a voluntary visit to Fort Campbell Military Base, home of the famed 101st Airborne Division’s Screaming Eagles. See the Don F. Pratt Memorial Museum, tracing the history of the Screaming Eagles from WWII engagements to Vietnam to Operation Desert Storm. See the various aircraft, military equipment and monuments on display. These massive machines are sure to capture the imagination of everyone and perhaps a few private memories as well.

Following the tour, lunch (included) is at a Military Dining Facility where you eat like the soldiers eat and have a chance to visit with them in their dining hall. 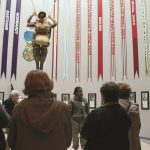