Lake Geneva: Newport of the West 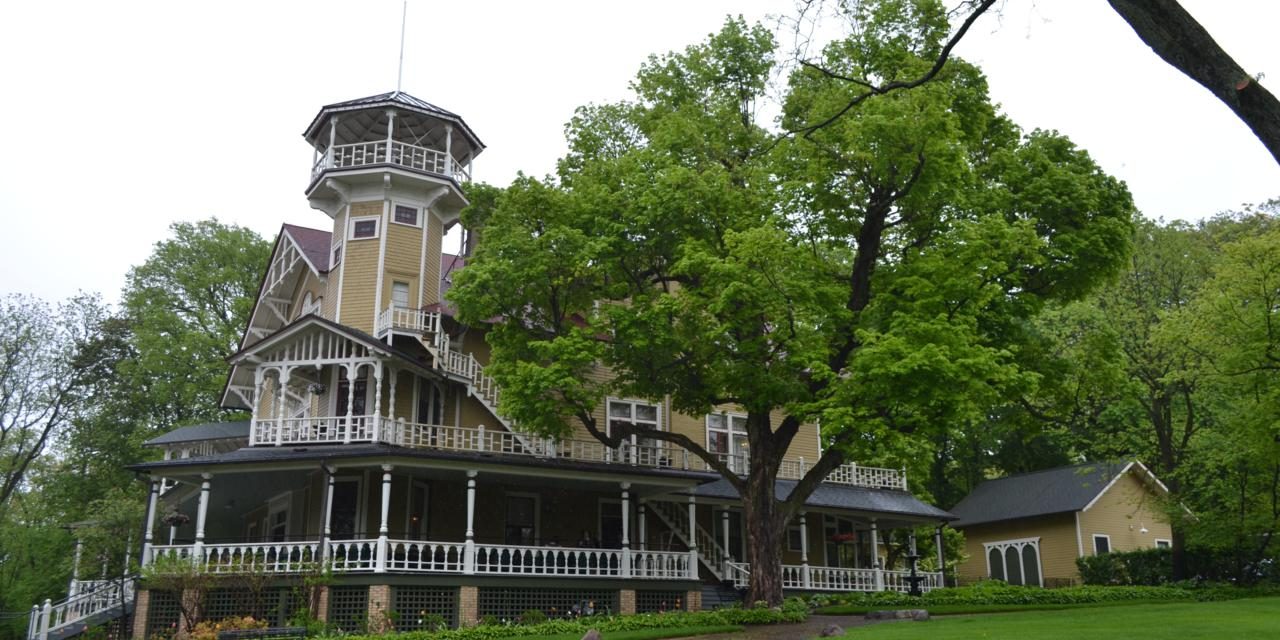 The term “water’s edge” in Lake Geneva, Wisconsin may have more meaning than in most other vacation spots.
That’s because it’s here that groups and other visitors come face to face with one of the most dramatic shorelines of any lake in the United States. Hundreds of palatial homes and lush gardens dot the 20-plus miles of shoreline. From a boat on the water’s edge is the best way to view them. 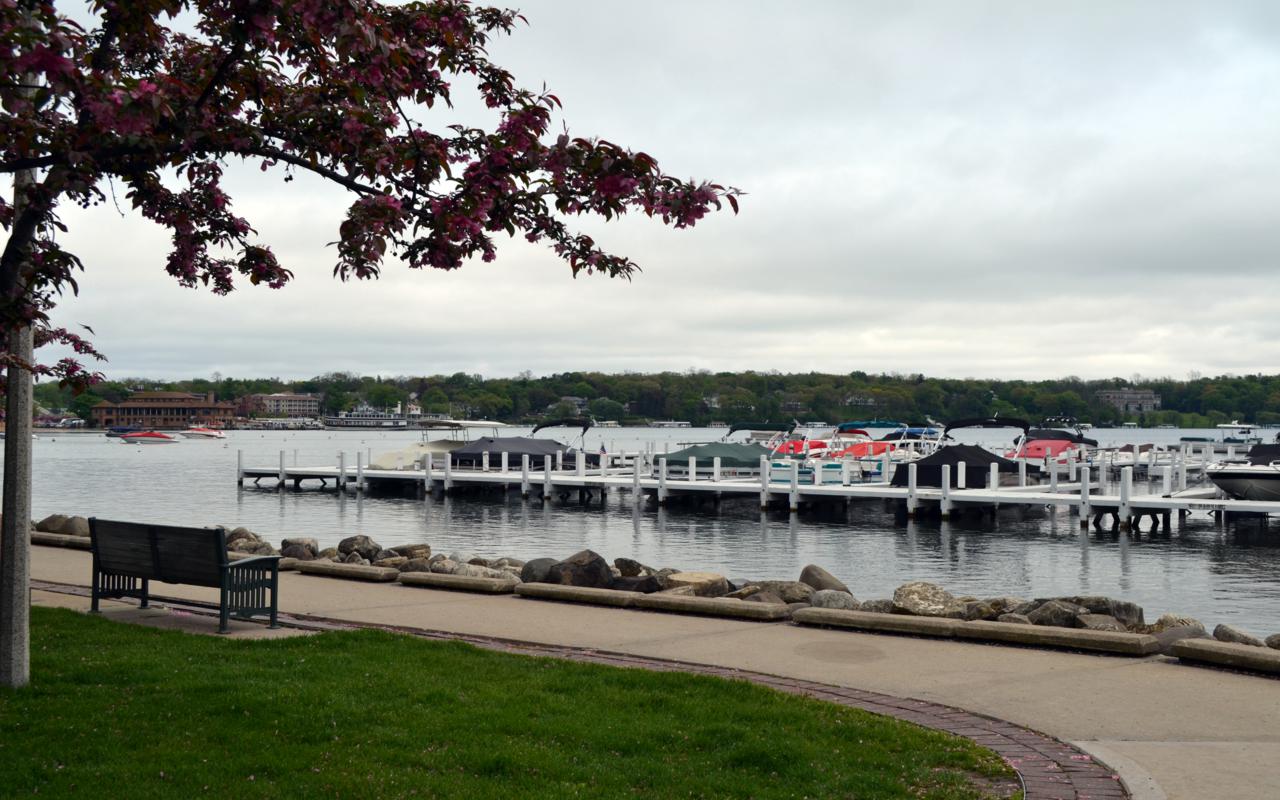 Lake Geneva has been called the “Newport of the West,” but land prices in 1837, when Lake Geneva was founded, were a meager $1.25 per acre.
Groups that focus on history, luxury homes, extravagant gardens, boating or fishing, the rich and famous, Indian cultures, recreational possibilities, culinary pursuits and many other themes will find plenty of activities, tours, meeting and conference space, dining options, hotels and resorts suited to their needs.

Originally called “Maunk-suck” (Big Foot) for a Potawatomi chief, the city was later named Geneva after the town of Geneva, New York, located on Seneca Lake, to which early government surveyor John Brink saw a resemblance.
The first white men to see this aquatic jewel, consisting of 5,623 acres of water, were a traveling party in 1831. Their accounts of the area generated interest among other white settlers, which resulted in several families moving there in the early 1830s, with the first primitive log cabin built in 1836. 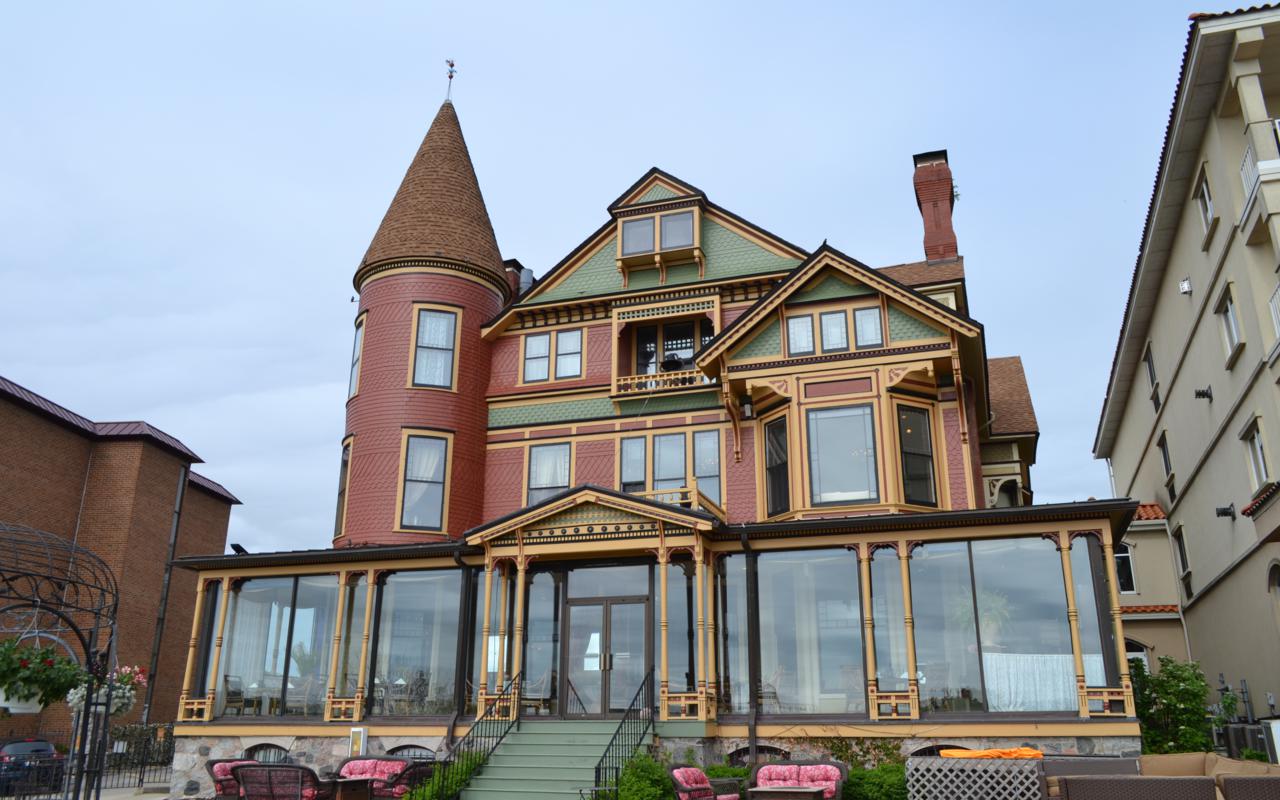 In the 1870s Lake Geneva was considered a good spot for hunting, and industrialists from Chicago built homes there. Transportation was available via the Chicago & Northwestern Railroad by 1871, and especially after the Chicago Fire in that year, Chicagoans flocked to the lake for relaxation.
Today Lake Geneva is called “the hammock,” referring to the place where residents of Chicago, Milwaukee and Madison, Wisconsin rest and relax. Especially during the summer months, the town and the area surrounding it become crowded with visitors wanting their space on the hammock.
To easily see some of the 1,000 or so homes along the shores of the lake, the Lake Geneva Cruise Line runs a number of small and large boats, offering a Geneva Bay Tour, a full Lake Tour, U.S. Mailboat Tour, Black Point Estate Tour, Ice Cream Social Tour, lunch and brunch tours, and others. 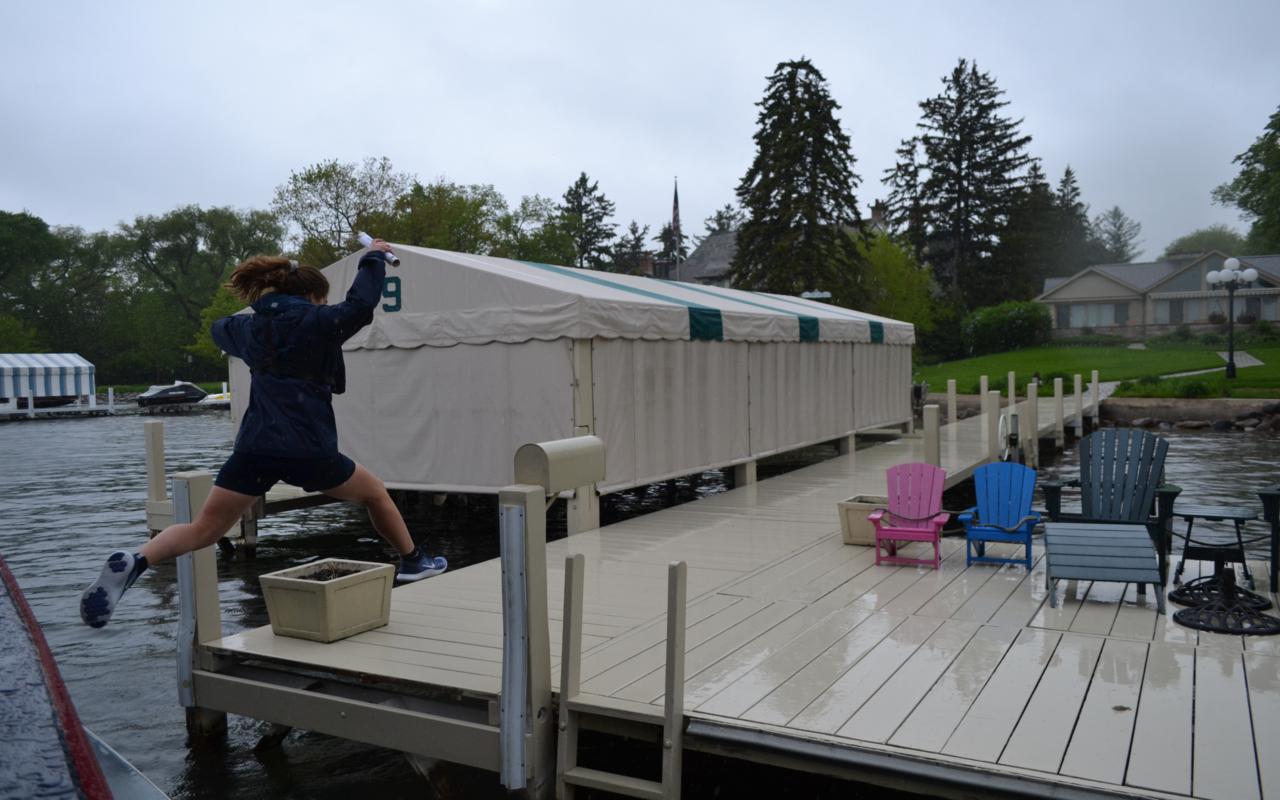 The U.S. Mail water route requires “carriers” to be agile

The boat line still delivers the U.S. mail to 40 homes along the lake, one of only two such mail routes still in existence. The popular mail cruise can be fun and sometimes touch-and-go for the young, energetic mail handlers who deliver the mail without the boat ever stopping.

Sightseeing Along the Lake 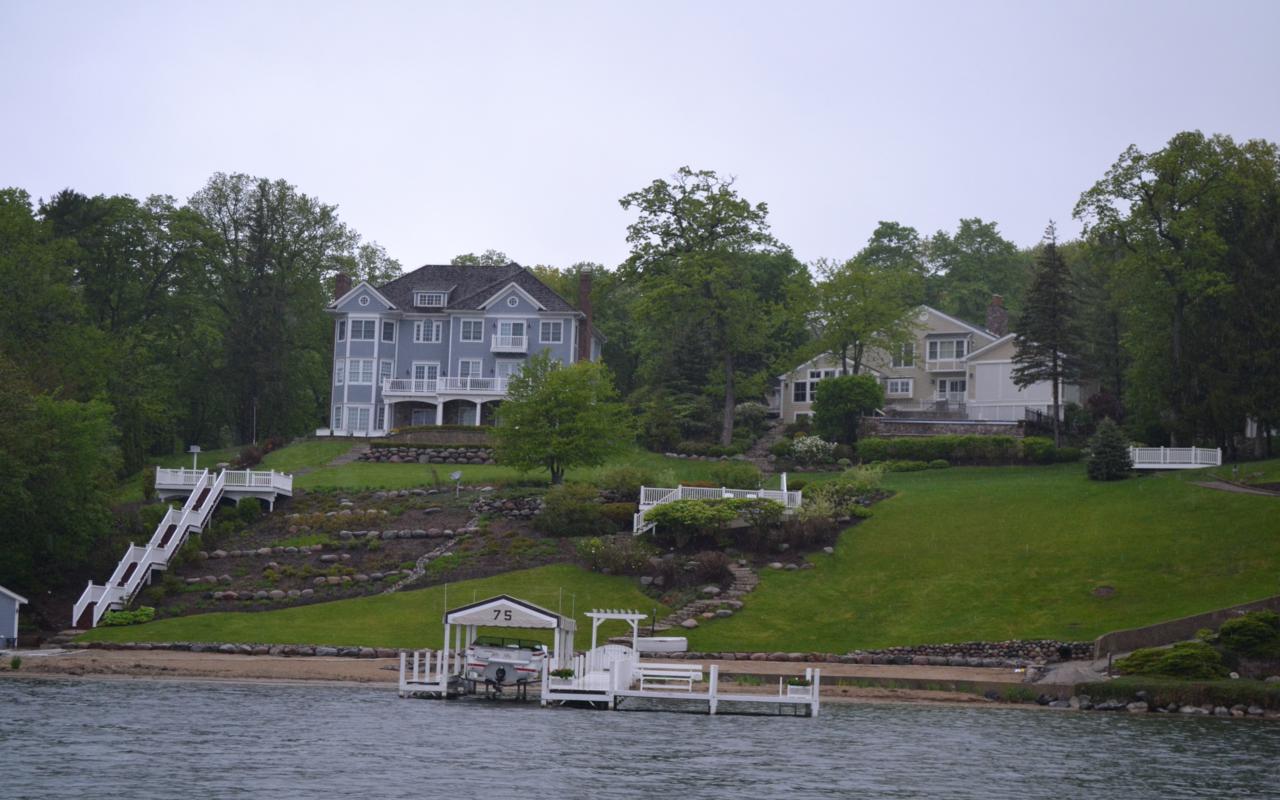 If you prefer to walk the lake—or any part of it—there is the Lake Shore Path with as many as 101 historical and contemporary points of interest. These include private estates owned or built by the Wrigleys of chewing gum fame; meatpacking mogul Edward Swift; Samuel Allerton, co-founder of the Chicago stockyards; and John M. Smyth, Chicago furniture retailer. From the estate named Glen Annie, the Amos ‘n Andy radio show was broadcast for a time. There’s even a lake home  called Hamburger House, which was supposedly named for a McDonald’s franchise owner. 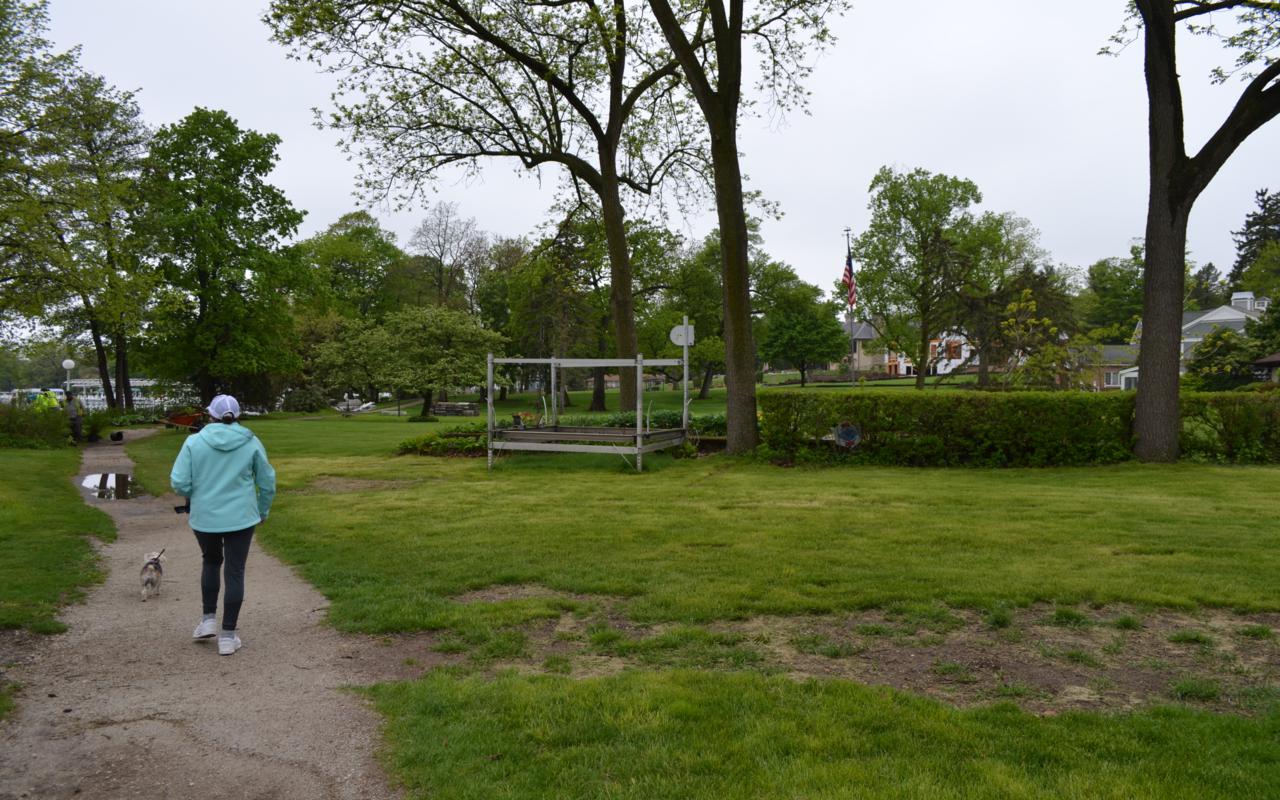 For a tour of the spectacular Black Point Estate, once owned by the Chicago beer baron Conrad Seipp, visitors need to arrive by a lake boat. At one time Seipp ran the largest brewery in the United States. Built in 1888, his Queen Anne-style house was donated to the State of Wisconsin in 2005. 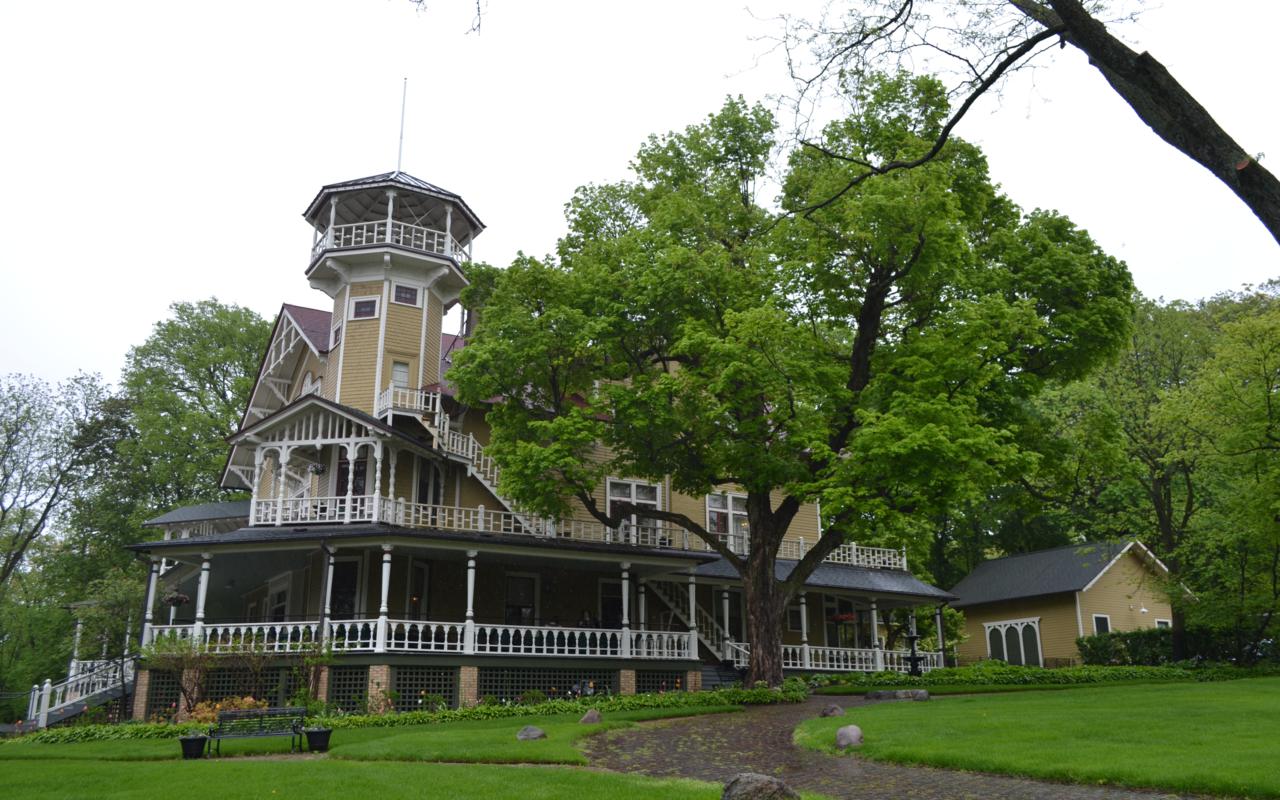 The spectacular Black Point Estate, owned by a beer baron, is open for tours.

Other sights along the lake include historic statues; Pier 290, a year-round restaurant with gorgeous lake views; and various private clubs, summer camps and golf courses. At Fair Lawn, a lush green carpet is said to unfold outside this Colonial Revival home built by Chicago’s Charles Wacker in 1893 (Wacker Drive on Chicago’s lakefront is named after him).
Many famous industrialists and personalities today are said to own and visit property in the Lake Geneva area, but they try to remain under the radar.

More to See and Do

Besides the lake and the town, there are a myriad of things to do and see in the area.
At the 77-acre site of Yerkes Observatory, called the birthplace of modern astrophysics and home to the largest refracting telescope in the world, visitors can tour the 1897 building and its 90-foot-dome. Evening observation sessions are also offered.
For history buffs, the Geneva Lake Museum in downtown Lake Geneva provides a time capsule back to when Potawatomi Indians were living in the area. Inside, an 1830 to 1930 “Main Street” is replicated with old automobiles, storefronts, a fire station, an 1890s school room, early farm implements and tools, and much more. 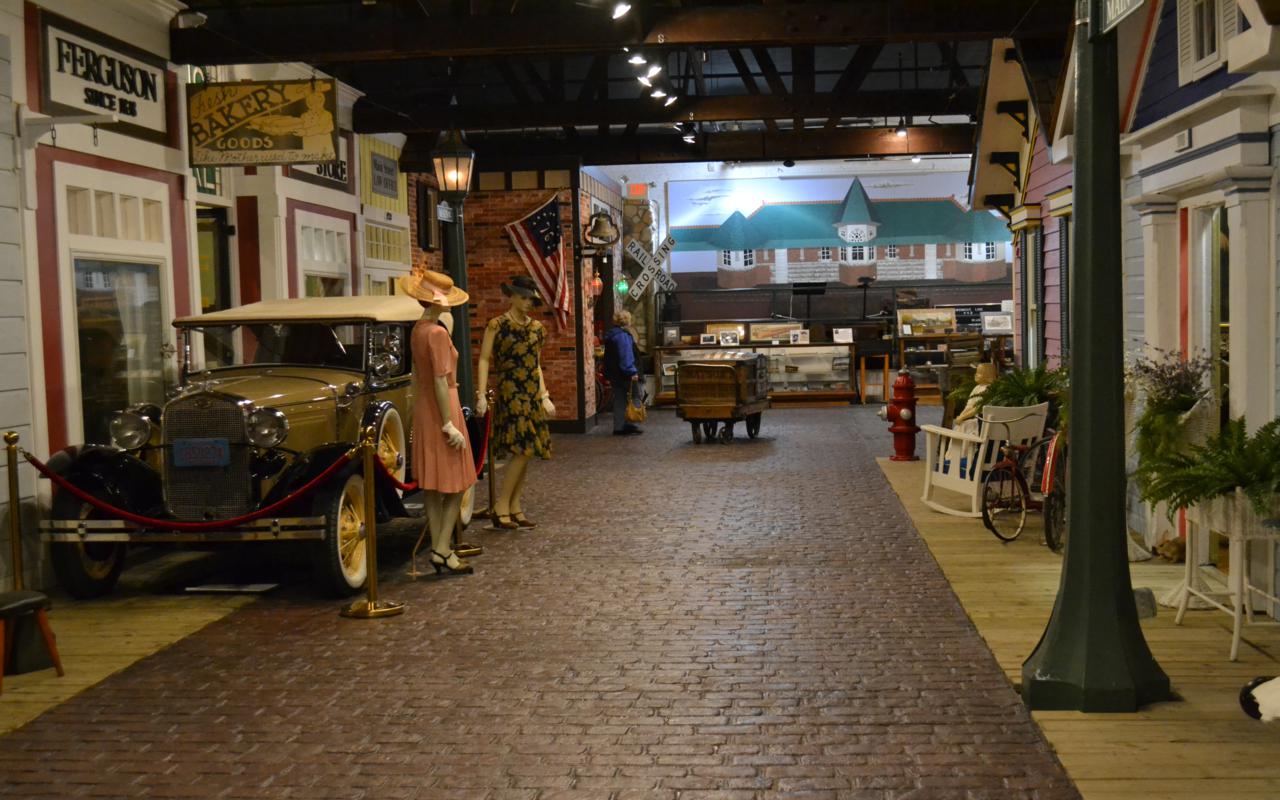 On Baker Street is the circa 1856 Italianate Maxwell Mansion, which features 30 rooms, inlaid wood floors, 13 ornate fireplaces and a speakeasy in the basement. It’s also a hotel and venue for private parties and weddings.
A couple of blocks away overlooking the lake is the must-see, 17,000-sq.-ft. “cottage” of Emily Baker. The classic 1885 residence has been a summer home, a sanitarium, a hotel and a restaurant known as the St. Moritz. Today it offers a scrumptious breakfast, as well as elegant hotel rooms, and it caters to private parties. 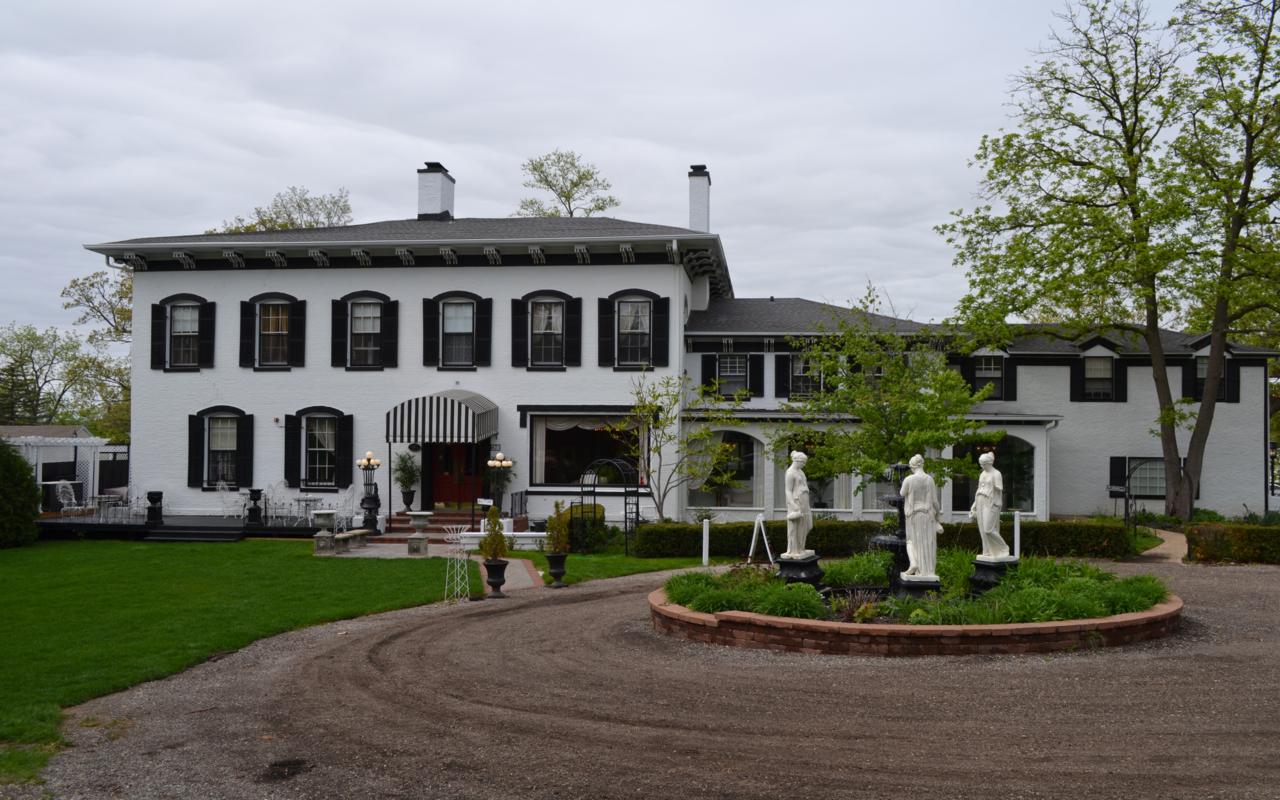 At Avant Bicycle Shop and Cafe, your group can wake up with a cup of java, then explore the area on rented bicycles. Also for exercise or group building, Lake Geneva Canopy Tours provides year-round outdoor adventures with zip lining, a high ropes course, treadhead cycling and arbor trails for hiking or biking.
Afterwards, check out Staller Estate Winery where your group can taste regional wines such as Maiden Blush, Richmond Rouge or Lady in Red (one of their most popular). At this family farm, your group can enjoy wine tastings, picnic platters, and wine and chocolate pairings, and relax in a quiet, welcoming setting.
For entertainment, Tristan Crist’s Magic Show is an excellent way for your group to spend an evening. Presented up-close and personal, it includes cutting a woman in half, having her levitate in the air and producing items on a table that supposedly come out of  nowhere. 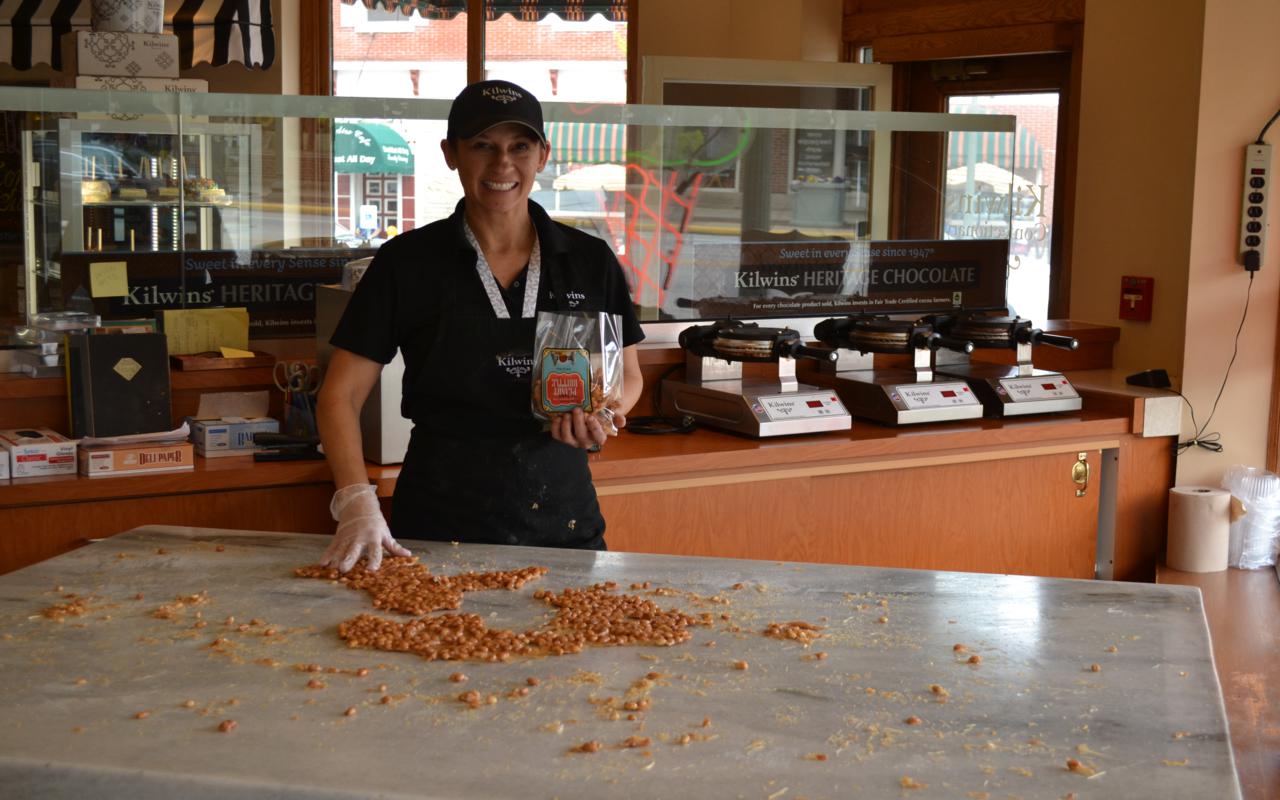 Before you leave town, stop in at Kilwins on Main Street to taste the hand-paddled fudge, munch on peanut brittle or try a fresh-dipped caramel apple. You can watch them being made through the store’s large front window.
For a group party, visit Rosewood Dinner Theatre, located a few miles from Lake Geneva. It presents themed cabaret-style music productions with state-of-the-art sound, lights and video and is an exceptional environment for private events, galas and special occasions. All Rosewood events feature chef-prepared, fresh farm to table cuisine.
Some of the area’s group-oriented hotels and resorts include The Abbey Resort, the Geneva Inn, Maxwell Mansion, Grand Geneva Resort & Spa, Lake Lawn Resort, The Ridge Hotel, The Cove of Lake Geneva and Timber Ridge Lodge.
For more information, go to www.visitlakegeneva.com or www.visitwalworthcounty.com
Story and photos by Don Heimburger