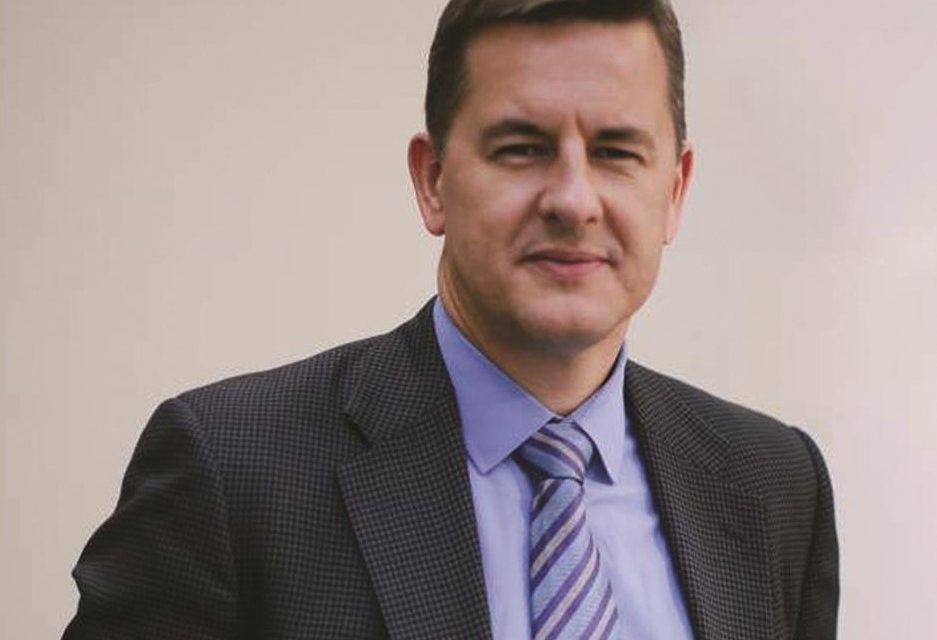 Few brands in the travel industry have a squeaky-clean reputation. One of them is Tauck, and what’s remarkable is they’ve maintained this for over nine decades. Tauck specializes in upscale group vacations throughout the world. Their name epitomizes quality and loyalty and many consider them the gold standard of all tour brands. That makes this Take 5 interview so appealing, as I met with Jeremy Palmer, executive vice president of Tauck Land Journeys. Jeremy talks about how groups are changing at Tauck, what they’re looking for now and a peek into the future of an what lies ahead for America’s most iconic tour brand.

What’s the general overview of how the tour business is performing right now?

Jeremy Palmer: The last 10 years has been an incredible run for U.S. outbound travel. If you look at metrics across the sector, particularly across tour operators, most folks are operating at highs. I think that comes from the fact that a majority of our clients are baby boomers who are retiring; every day there are 10,000 more of them.

The U.S. stock market, which funds most of these folks’ travels, has been doing very well, so they have the money to travel. Even though there’s been instability in the world, I would argue that instability is the new norm. So for folks who want to travel, they have the time and have the wealth. There are some headwinds, geographic or timing, but overall this is a time of opportunity.

With 95 years of history at Tauck, how does the organization see your customers’ needs changing?

JP: I think the core driver of why people travel in groups really hasn’t changed. What we really try to do at Tauck is have likeminded travelers who happen to be on a journey together, which is very different than if they are herded into a group. These are people who share common interests, common passions, and they also travel very well individually. But when they’re traveling with us they are traveling in a group, and they do that for certain benefits.

One of the benefits we provide is authentic experiences that are really good value. That’s something that traveling in a pre-formed group can provide. But people should never forget that group travel is a very social form of travelling, and a lot of individuals who travel with us are at a phase of life where there aren’t that many firsts and their friend base may be shrinking more so than expanding. When you have the ability to travel with likeminded individuals, I can’t tell you how much dancing, drinking, socializing and friendships are formed. –

That element of group travel has been timeless at Tauck. At the end of the day we think we do a pretty good job of understanding what our clientele is looking for, while delivering the experiences they want at a great value, and hopefully they’re having fun while doing it.

Can you speak to any pre-formed groups that are coming to you and what their particular needs or desires are within that group?

JP: We are seeing more pre-formed groups; that particular sub-category is outperforming. You have more and more groups finding each other easier. Whether it’s through the advancement of digital technology and social media, it’s easier for these groups to come together. As more and more people are traveling and you’re looking to self-select and say “who is my likeminded companion?,” obviously pre-formed groups are a way of making that selection ahead of time and potentially eliminating the risk of just meeting people on tour.

People have more avenues and are becoming better at self-selecting around interests that bind them together and then traveling around that. At the end of the day, they still want what most travelers want—they’re looking for value and they’re looking for experiential, authenticity and all of the other very important but meaningful needs. 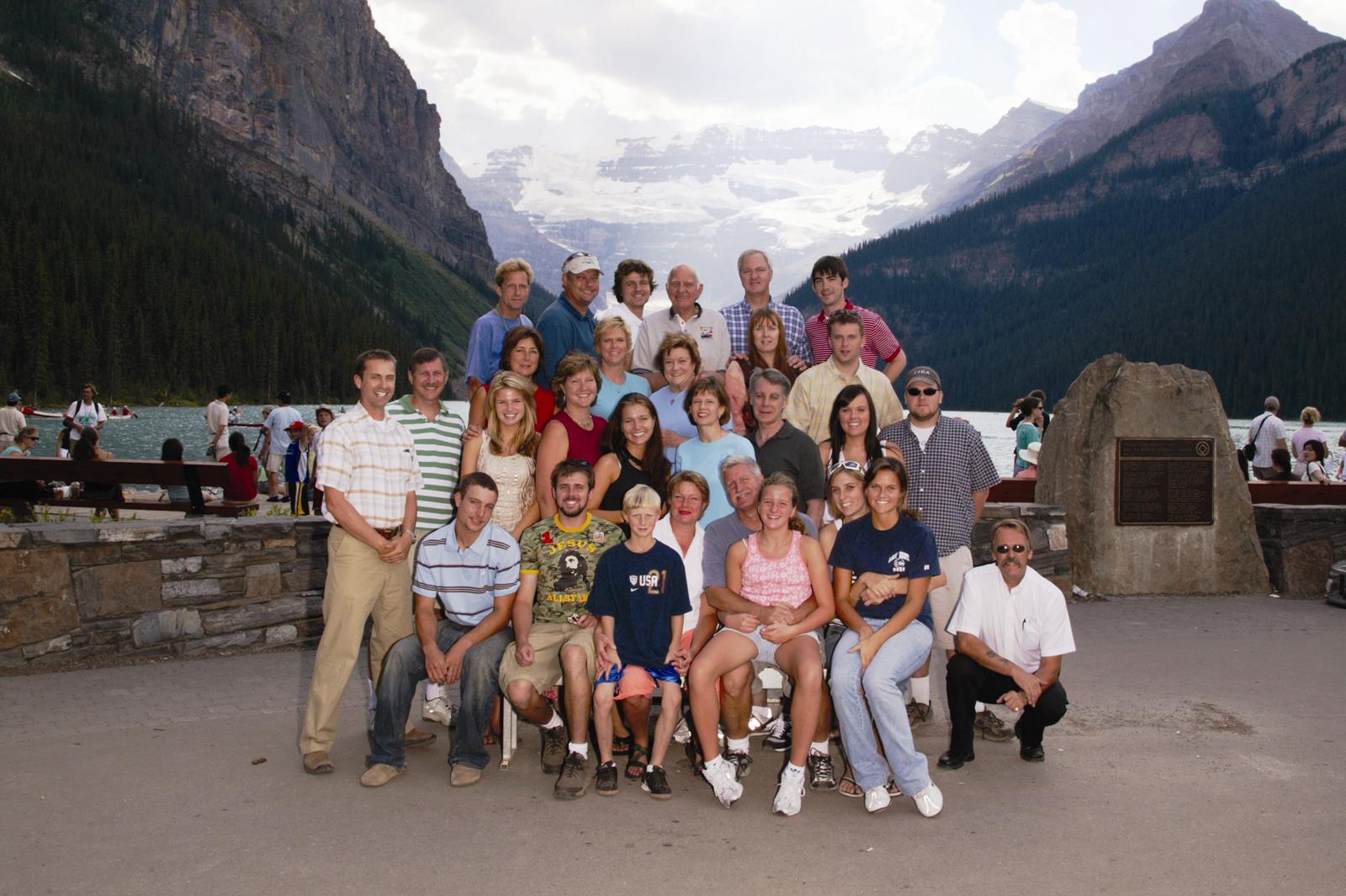 How has that changed your operational model?

JP: We are seeing them looking to travel in slightly fewer numbers, which overall is an industry trend. The average group size has gone down, and they are looking for customization. That can range from complete customization to just a little bit. But no matter what, because their interests are specific and because there is such a strong competitive offering to serve them, they are rightfully asking for customizations that satisfy a specific driver of their group.

If you have a group that came to you and you have the opportunity to either put them on an existing departure or to customize for them, how do you evaluate that process?

JP: We are probably on the lower end of the spectrum in the amount of customization we do and not because we don’t want to do it but because we have such demand for our groups that we don’t have a driving need to do a lot of customization. If you think of the individual pre-formed group, you want to ask yourself, “What is the best experience for them? Are their needs best satisfied by their own group or are their needs best satisfied by rolling them into another group?”

A lot of what that comes down to is value. Let’s use a hypothetical size of the pre-formed group of 10 people. To put 10 people through an experience that 40 people could go through together, obviously you’re going to punch above your weight and get more value when you’re traveling as 40 versus 10, assuming cost essentially stays the same. What that really boils down to is how much customization from the norm do they need to be satisfied and for us to deliver on our promise.

From the other side there is a group dynamics element to this. Generally people are friendly and they mix well together, but if you put a group that has a very specific focus mixed in with a group that has a much more general focus, there are lots of benefits to that, but there are some cons you have to think through. While we don’t have a hard-and-fast policy, we have a lot of experience to try and think through. Is this going to be that beneficial for both groups, or are we going to satisfy neither? The pre-formed group can end up, not maliciously, but overtaking the needs of 10. 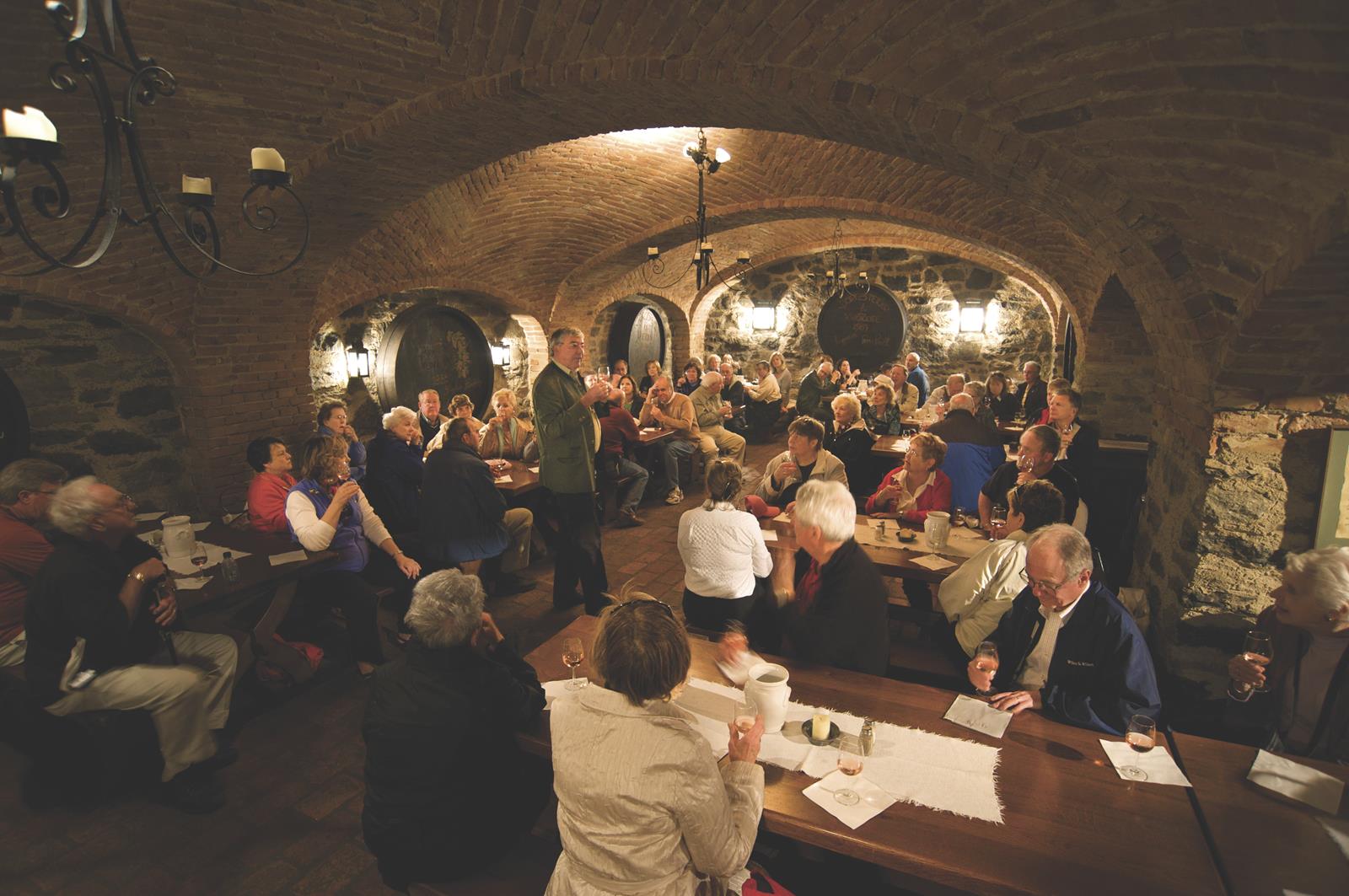 Do past travelers become pied pipers for their own groups?

JP: We have guests who after they travel will start traveling with friends or groups of friends, but we have found it’s best to let them drive that process rather than us. We have enablers where we just want the group to advance the overall social cohesion of the group, so if people opt-in at the end of the trip we’ll share emails and contact information so they can stay in touch and keep the emotions going. They may use those tools if they want to come back to us as a group, but we don’t proactively go out to folks and say, “Hey bring a friend and this will happen.” We find the more we can put the decision into the consumer’s hand the better.

Where are you sending travelers?

JP: Overall, we are seeing demand everywhere, so I’ll give you the outperformers and the underperformers. In terms of outperformance over the last decade, there has been a big rotation in European river cruising, up and down the Rhine and Danube in Europe. 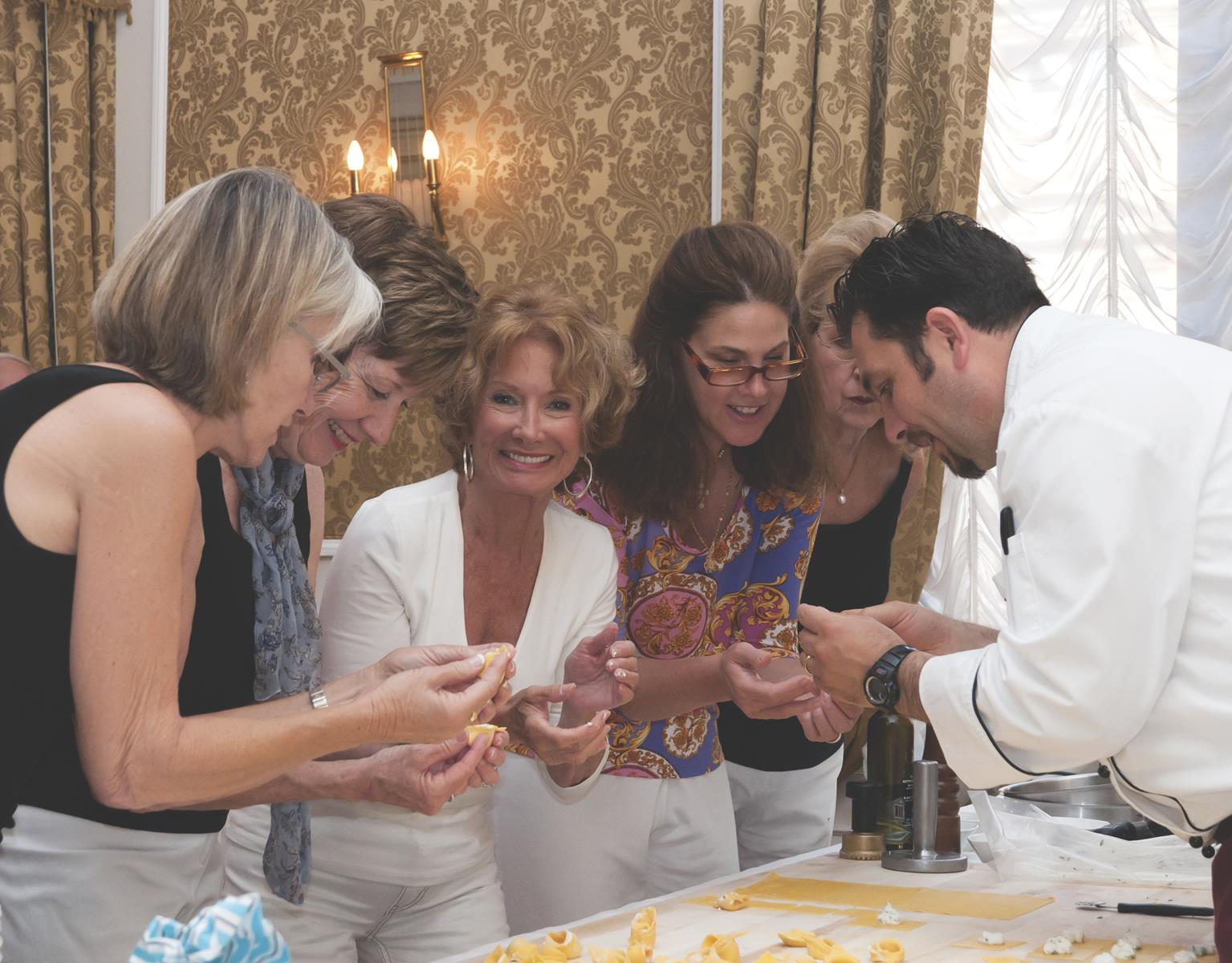 We have seen many pre-formed groups joining those in the main season but also around the holidays for Christmas market cruises and also in April or November as rates are really good. That is at a plateau and what is starting to replace it is what we would call “small-ship cruising.” We have seen tremendous growth in pre-formed groups booking a passage with 200 or fewer people. They are getting group space to go and see places like Antarctica or Iceland—there is a real pull to snow, rocks and rugged coastline.

Also within small-ship cruising there’s a big pull in multi-generational pre-formed groups, extended-family travel. That is absolutely our No. 1 fastest-growing segment. We actually have a whole business line catered to that called Tauck Bridges. Multi-generational travel is at levels that we haven’t seen before and it follows a common pattern. They will go over to Europe, whether it’s Italy, France or something along those lines, but then, boy, do they go to the exotics like Costa Rica and  on safari. All of that is booming off the charts. 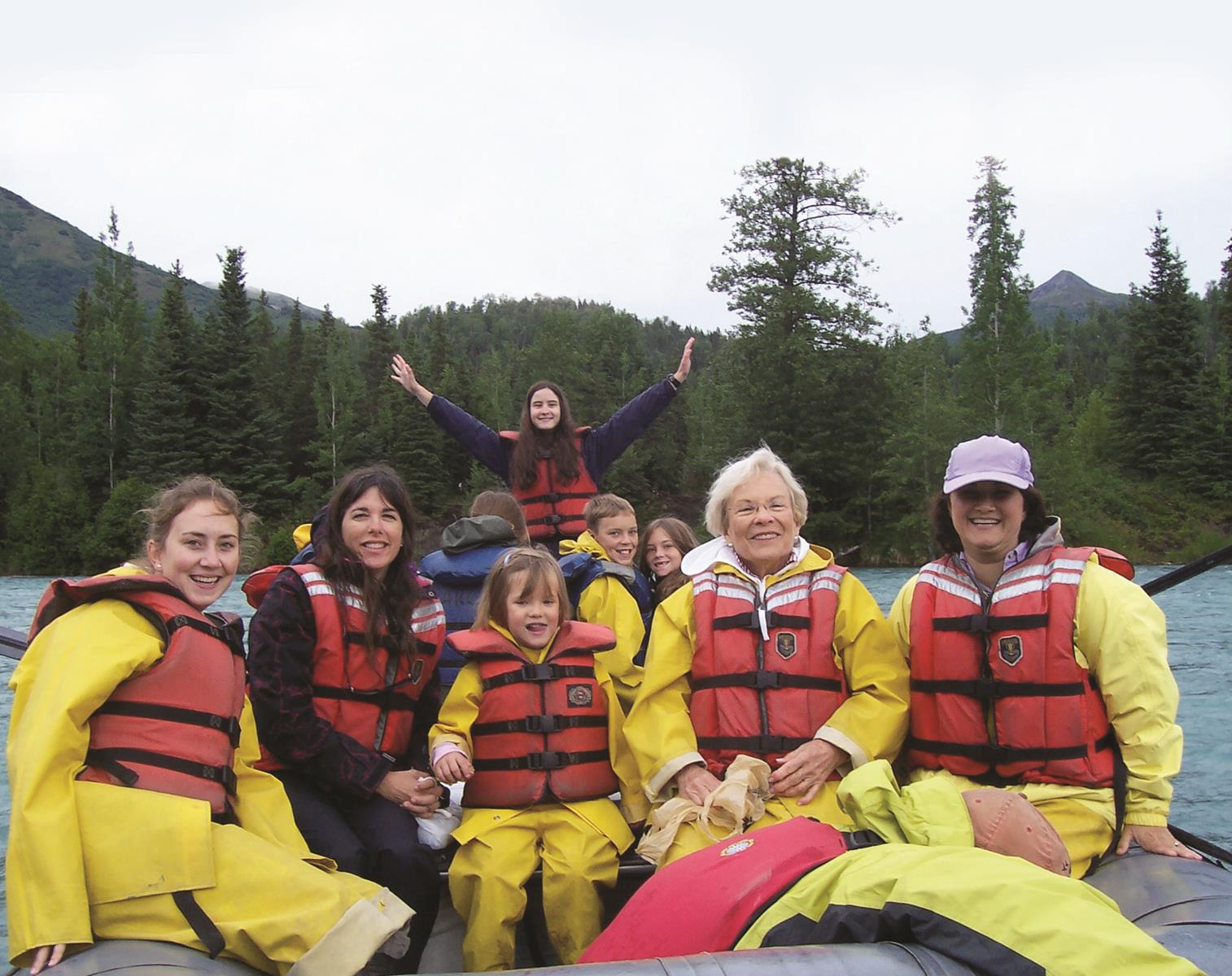 What size are these groups?

JP: Anywhere between 20 and 40. It does get a little smaller than that, so you could have a grandmother/grandfather and their three children and six grandchildren, something along those lines. We have a lot of milestone celebrations where you are bringing in cousins, where the children of the matriarch and patriarch are in their 50s, so it proliferates out from there.

Quite frequently we get familial groups who are doing a 75th birthday or a graduation trip or something along those lines. There really is nowhere in the world that is off limits to them, and they tend to be more adventurous because when you have that diversity and age range, destinations like Africa, Costa Rica or the Galapagos tend to appeal to more than a city destination.

An area that is underperforming is North America. Absolutely there is pre-formed group travel to areas like the Grand Canyon and Yosemite. It’s still healthy but underperforming, I think, for a couple of reasons: 1) We had the wildfires out west last year that people haven’t forgotten about. Not that they’re worried about their safety, but they don’t want to plan a trip and there be a wildfire. 2) We had the government shutdown, which doesn’t help. There’s a bit of a rotation that when Europe and the rest of the world are doing well, North America suffers a little bit.”

It’s not anemic but if you wanted an area that’s showing a little bit of weakness relative to other destinations, I would say it’s the spine of the Rockies from the Canyonlands up through the Canadian Rockies. 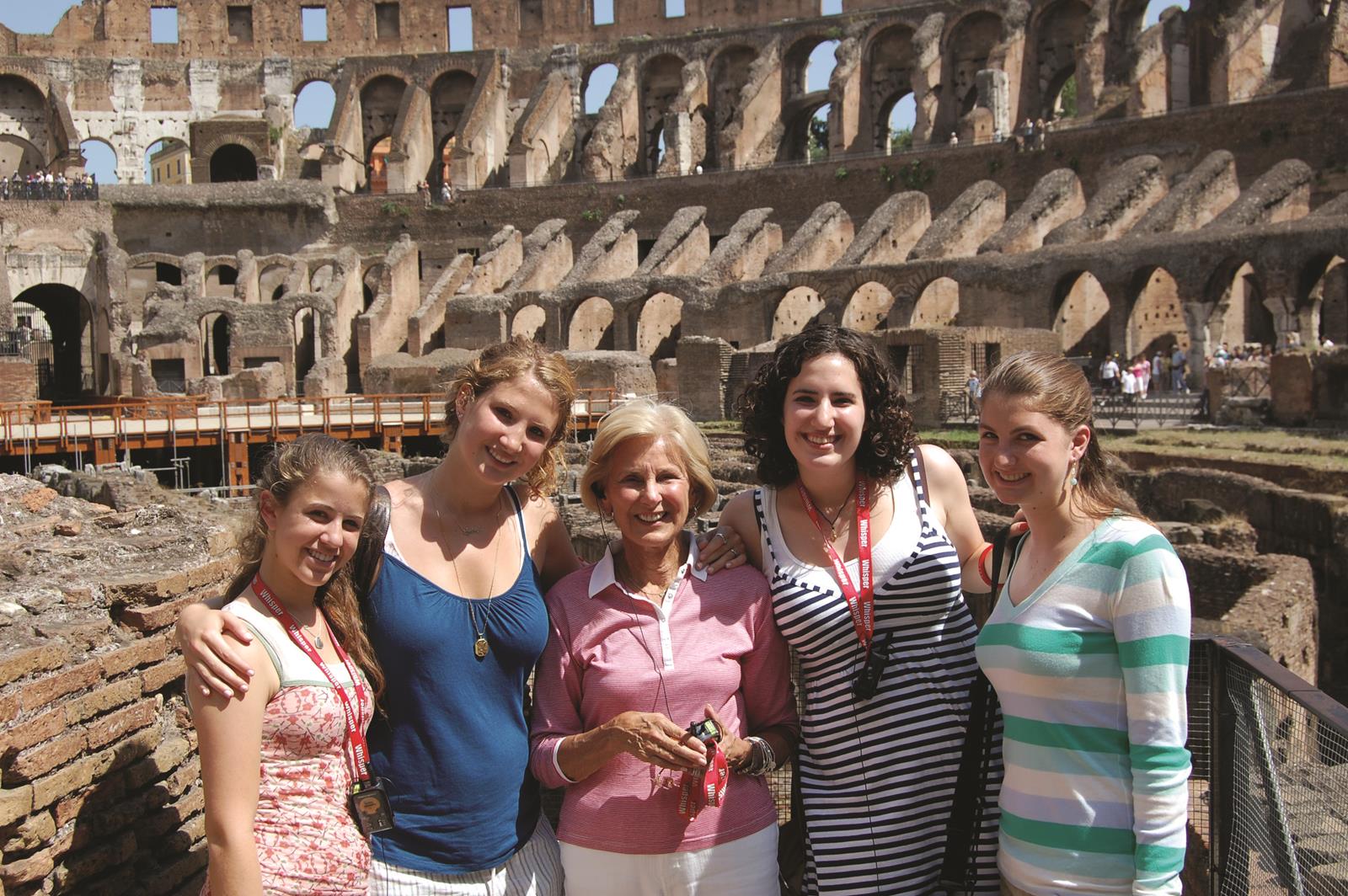 Where does Tauck see the future of group tours, what’s next?

I don’t know how many brand-new destinations there will be, but you’re definitely going to have more people looking to pre-form a group to go to those destinations. People’s risk profile is getting wider and wider, so, to be clear, while every destination is kind of known, you are seeing more and more people who are willing to travel to all parts of that destination.

Any roadblocks that you are navigating around?

JP: I don’t like the term overtourism but there is absolutely going to be an intersection of too many people trying to go to a destination. That affects not just their experience but the footprint they leave on the destination. You can’t sell a destination that if when the people go there they don’t like it, if it’s too crowded and they can’t get into the Coliseum or the Eiffel Tower has stopped selling tickets that day.

One of the things we are trying to work out with our partners is “how do I continue to allow guests to visit your destination which is mutually beneficial but do it in a way where the lines, overcrowding and damage to the destination does not become an issue.” That is absolutely something we’re focused on.

The industry is making massive progress and it’s probably even running ahead of the headlines in how you reduce plastics, waste and fuel. 1.8 billion people are projected to be traveling by 2030, so how do we maintain the balance of letting them travel but also preserve the destinations for future generations? That is probably the single biggest thing that is on our mind at Tauck going forward.