If New York had a soundtrack, it would no doubt incorporate multiple styles, from classical to pop to punk. Still, this city has a special affinity for jazz. It makes sense, then, that New York would be home to one of the most revered performing arts venues in jazz – the complex of theaters known as Jazz at Lincoln Center (also known as JALC).

Although physically separate from Manhattan’s Lincoln Square, the geographical home of Lincoln Center, JALC shares Lincoln Center’s commitment to performing live music and sharing the cultures that inspired it. The facilities at the theater, while best known as music venues, also have interest for lovers of architecture, history and the arts. Many of them can also be rented out for corporate events, birthday parties, fundraisers and other group activities.

If you’re planning a group tour of the New York area, Jazz at Lincoln Center will definitely have significant appeal. A tour of Lincoln Center includes some of the spaces in the Jazz complex, but your group doesn’t have to be limited to the standard tour. Groups of 15 or more get special perks, including backstage tours, artist meet-and-greets, priority seating to shows, pre-concert educational talks and personalized event consultations. Group tour operators are shown special consideration as well; they can access group discounts and complimentary tickets to selected shows and venues, and final payments aren’t due until 30 days before the group is scheduled to arrive.

From a group travel standpoint, Jazz at Lincoln Center rolls out the red carpet to welcome guests. But what will interest them once they step into the building?

A Venue Specially Designed for Jazz 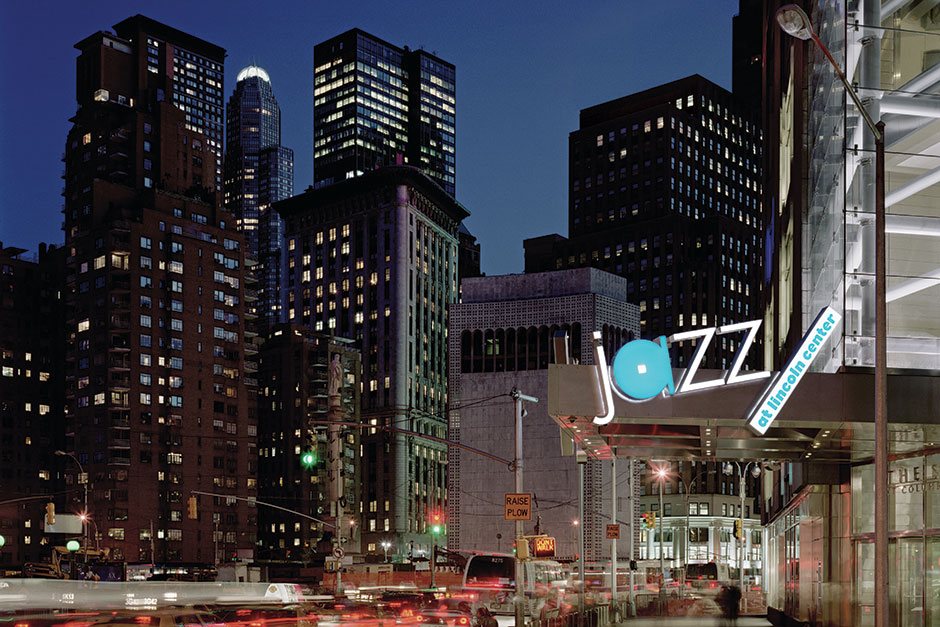 Frederick P. Rose Hall, the grand entrance to Jazz at Lincoln Center, is located at the corner of Broadway and 60th Street. It’s both imposing and artistic. It houses the Nesuhi Ertegun Jazz Hall of Fame, Irene Diamond Education Center and JALC’s three main concert halls: the spacious Rose Theater, the dramatic Appel Room and the more intimate Dizzy’s Club Coca-Cola, which hosts a blend of live jazz and Southern-inspired food seven nights a week.

What makes Jazz at Lincoln Center stand out from other performing arts facilities? It’s not just the setting – overlooking Central Park – and the cachet of the Lincoln Center name. This is the first building that was specifically designed for jazz. It was built in 2004, after Jazz at Lincoln Center was a long-running summer series for its parent institution. Everything about the spaces – from their vibrant designs to the acoustics – tells the story of jazz.

Bringing Jazz Culture and History to All 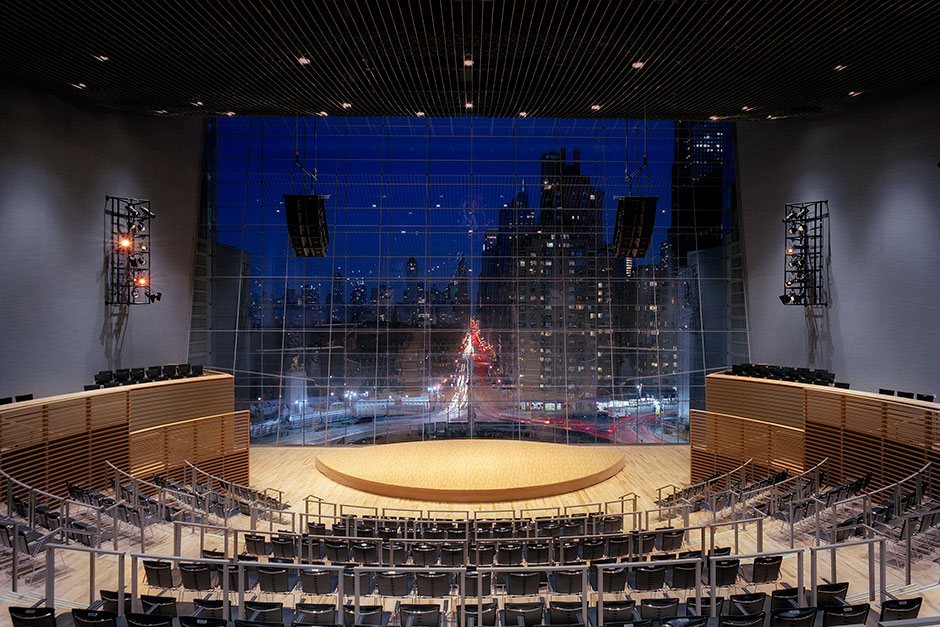 Jazz has been acknowledged as one of America’s greatest art forms, but it’s not exclusive to the States or to one region. The influences that created and continue to shape jazz are diverse, and its story appeals to musicians and historians alike. The avowed mission of Jazz at Lincoln Center is to represent “the totality of jazz… through four elements – educational, curatorial, archival, and ceremonial” – in other words, to tell the whole story, and to get people excited about it. To this end, the JALC hosts a broad palette of musical events as well as a range of community education programs for all ages.

Perhaps the JALC’s best-known envoy is the Jazz at Lincoln Center Orchestra, a lineup of 15 top musicians led by the great Wynton Marsalis, who serves as the managing director and artistic director of the group. Their home is the grand Rose Hall, but they also do a great deal of traveling to promote – you guessed it – jazz.

A Complex of Concert Halls 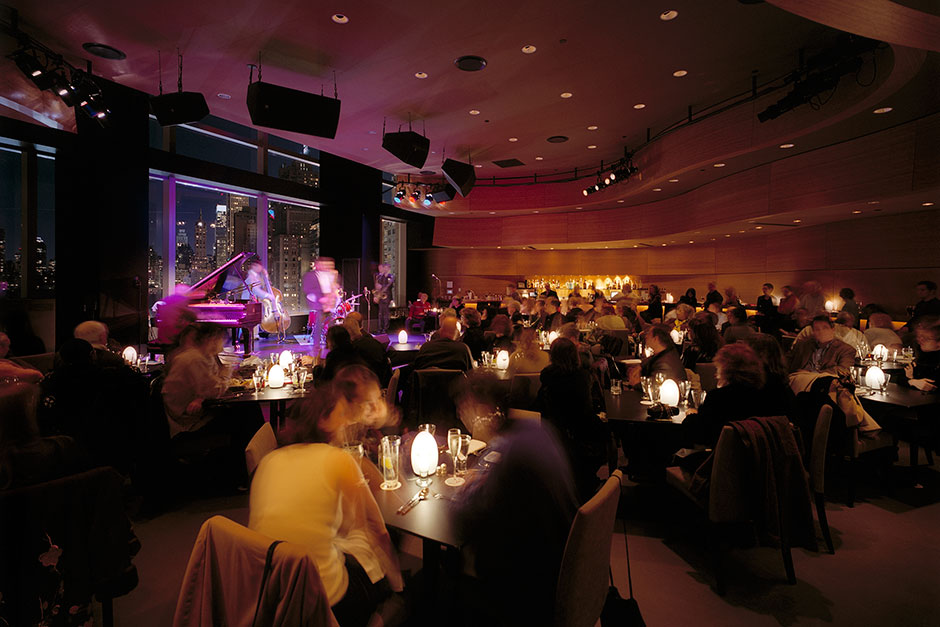 As interesting as its mission is, the JALC is ultimately available for much more than jazz. If your group is looking for an unforgettable and trendy meeting space, with or without some of the finest music around, you’ll find it at this location.

The Jazz at Lincoln Center complex is made up of three concert halls, an atrium and several smaller rooms. The Ertegun Atrium, the main public lobby of the Frederick P. Rose Hall, has over 4,300 feet of space and can seat 250 for a banquet or 500 for a standing-room-only reception. The smaller rooms – primarily used as recording studios, classrooms or dance studios – can also be used for group events. The Agnes Varis and Karl Leichtman Studio, the largest of the three, has a dance floor and an observation deck, with space for 200 guests. The main concert halls include: 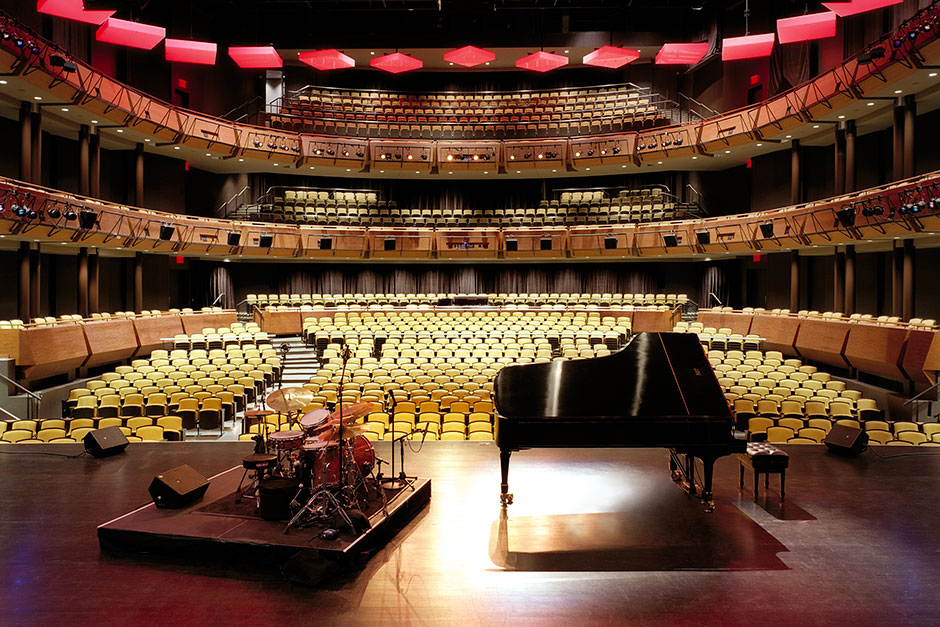 There’s no shortage of rentable spaces in NYC, nor does the Big Apple lack in musical, historical or cultural attractions.  But if you want to combine unprecedented design, unparalleled jazz music and the possibility of a meeting space, Jazz at Lincoln Center can give you all that and an extraordinary setting.

Have you had experience with sending a group to JALC? Visit it yourself? Leave us a comment below and tell us how it went!