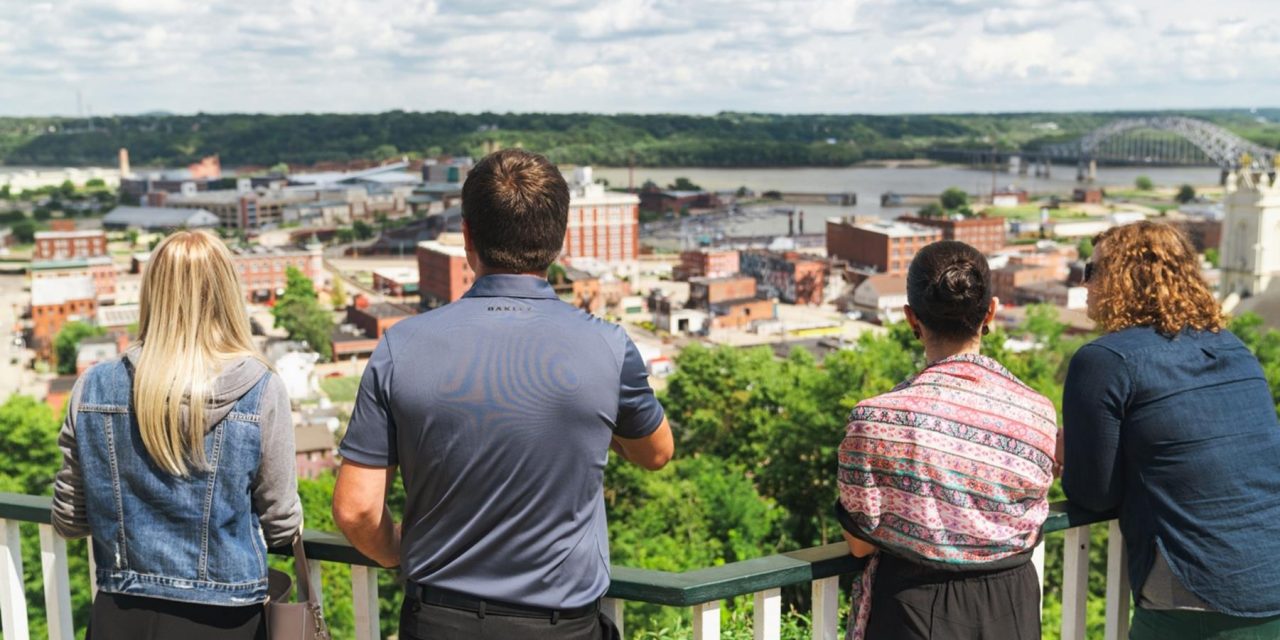 Getting off the beaten path, avoiding interstates where possible, is a magical element worth considering in planning a group trip to Iowa.

The state’s 14 byways, two of them nationally designated, will captivate your travelers with slices of small-town America, glimpses of urban areas, and inspiring vistas of farmlands, forests and river valleys. Outdoor recreational opportunities abound, and vestiges of Iowa’s cultural heritage loom at every turn.

Here is a look at three of Iowa’s alluring byways:

What better place to learn about the nation’s most famous waterway than the National Mississippi River Museum & Aquarium in Dubuque, Iowa’s oldest city? Occupying a 10-acre downtown campus, the Smithsonian affiliate boasts 12 aquariums, an otter habitat, a stingray pool, history exhibits, a 4D theater and working blacksmith and boat-building shops.

Some of the most spectacular Mississippi River views are had from the towering bluffs of Bellevue State Park in Bellevue. The park’s butterfly garden attracts some 60 species, with best viewing from late July to early September. In downtown Bellevue, groups can explore Lock and Dam No. 12 and prowl specialty shops housed in century-old buildings.

In Clinton, The Sawmill Museum tells the story of when logs ruled the river and lumber filled the rails. One of Iowa’s best Great River Road interpretative centers, it focuses on the lumber industry’s heyday in the late 1800s.

Celebration River Cruises’ 750-passenger Celebration Belle, a favorite with groups, offers sightseeing, lunch and dinner cruises that sail out of the Quad Cities (Moline, Illinois), from April through October, with some departures from Dubuque. Themed music lunch cruises on the largest nongaming boat on the Upper Mississippi include “Classic Oldies” (1950s and ’60s), “Hits of the Decades” and “Broadway & Movie Tunes.”

Groups also can tap into the rhythms of the river on Riverboat Twilight, a Victorian-style steamboat replica that offers a two-day cruise roundtrip from LeClaire (just north of the Quad Cities) to Dubuque. The package, available from early June to late October, includes meals, live entertainment, a hotel overnight in Dubuque and admission to the National Mississippi River Museum. 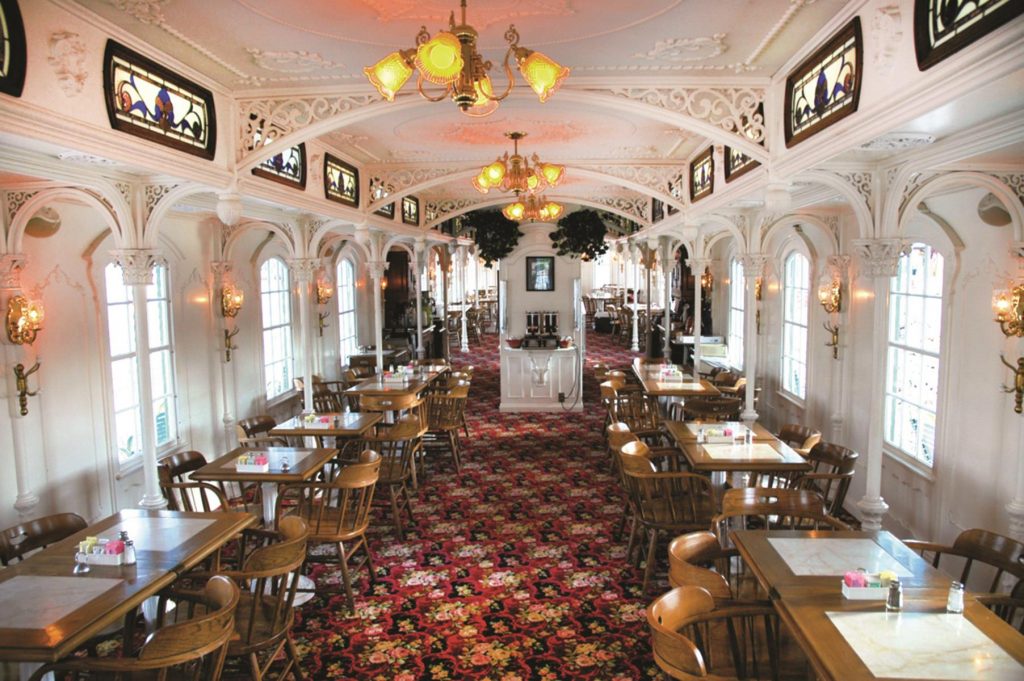 Tours of Isabel Bloom Studio in Davenport spotlight production of the company’s cement-cast sculptures. Handcrafted by skilled artisans, the sentimental and whimsical pieces portray subjects ranging from angels and gnomes to children and animals.

In Muscatine, the National Pearl Button Museum at the History & Industry Center explains how harvesting clam shells in the Mississippi River made this town the world’s capital of pearl-button manufacturing. Groups in Muscatine also enjoy visiting the 1848 Pine Creek Grist Mill in Wildcat Den State Park and Muscatine Art Center.

The Lincoln Highway, America’s first improved continental highway, travels 460 east-west miles across the heart of Iowa. Completed in 1913, it transformed the role of the automobile and today offers reminders of the classic road trip. Old gas stations, vintage cafes, interpretive signs and roadside sculptures and murals recall a bygone era in dozens of small towns and some of the state’s largest cities. 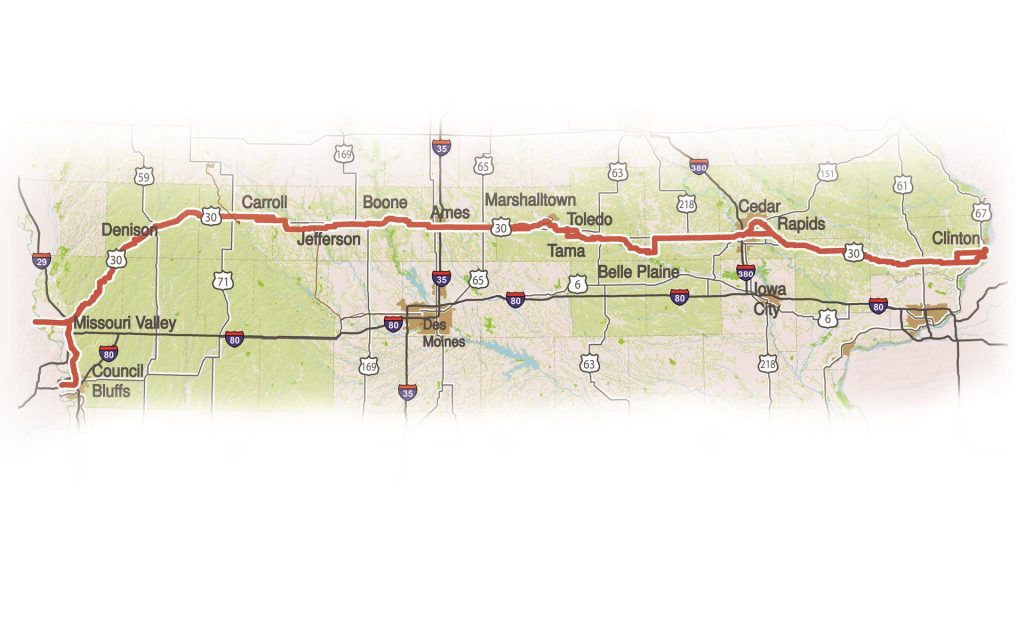 In Cedar Rapids’ Czech Village neighborhood, groups gravitate to the National Czech and Slovak Museum & Library. A Smithsonian affiliate, it features videos, oral histories, artwork and artifacts pertaining to Czech and Slovak culture, with a strong focus on the lives of immigrants who journeyed from the Old World to mid-America at the turn of the 20th century. Exhibits also showcase the Velvet Revolution, the 1989 popular uprising that ended Communist Party rule in Czechoslovakia. For a taste of Central Europe, the museum can arrange a buffet-style Czech lunch or a coffee with kolaches. 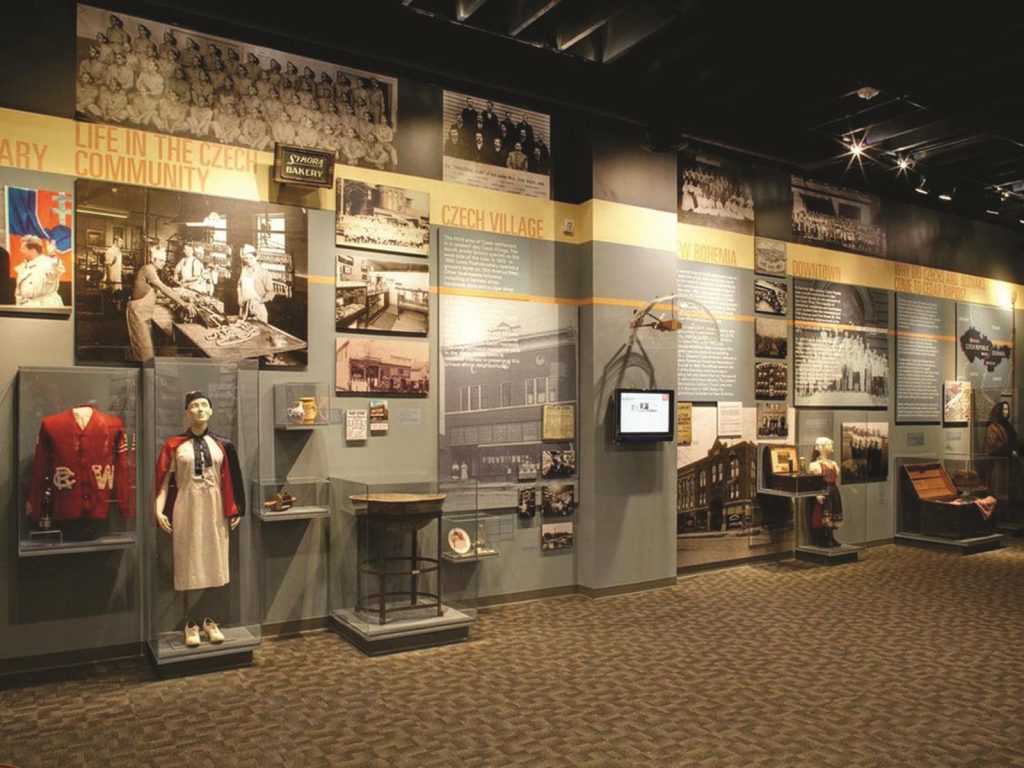 At Shady Oaks Campground just east of Marshalltown, groups can tour the Big Treehouse. The hobby of Mick Jurgensen and his family since 1983, the 12-level structure encompasses more than 5,000 square feet of floor space. It has electricity, running water, a telephone, piped-in music, 13 porch swings and a spiral stairway from top to bottom.

Reiman Gardens, a 17-acre horticultural wonderland on the campus of Iowa State University in Ames, is ideal for strolling and relaxing. Enhanced by a lake and other water features, it has 26 distinct gardens, including rose, herb, vegetable, edible flower and home demonstration gardens. A tropical conservatory houses seasonal displays and a wing with hundreds of live butterflies representing 80 species. 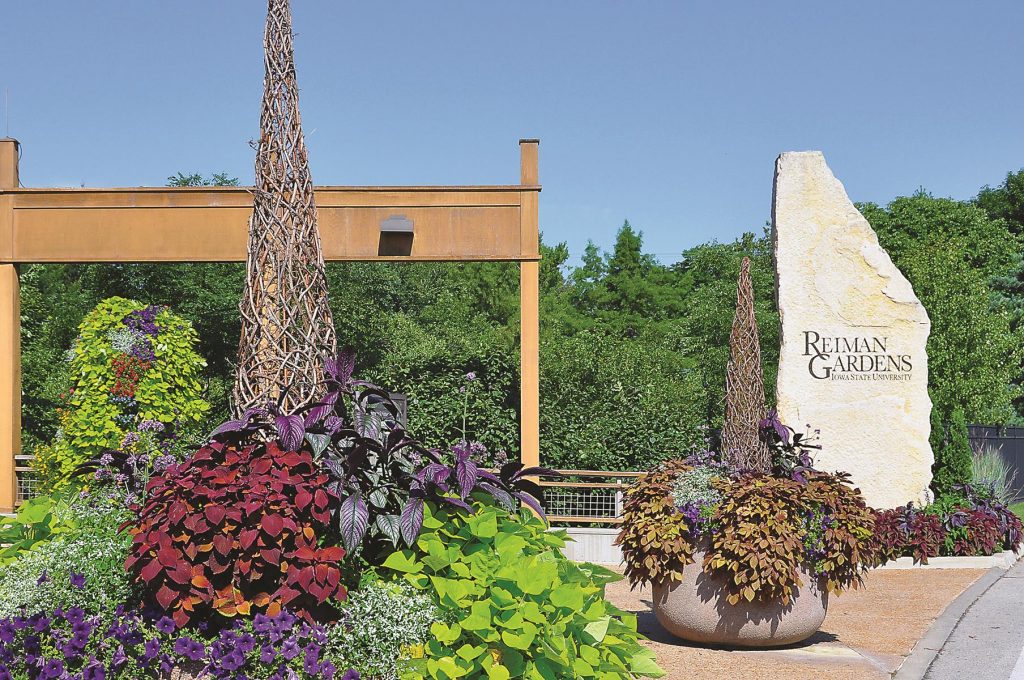 Highlighting the 82-mile Covered Bridges Scenic Byway in south-central Iowa are the classic wooden spans made famous in the novel and movie The Bridges of Madison County. Two of the red-painted structures appeared in the 1995 romantic drama, which was filmed in and around Winterset. 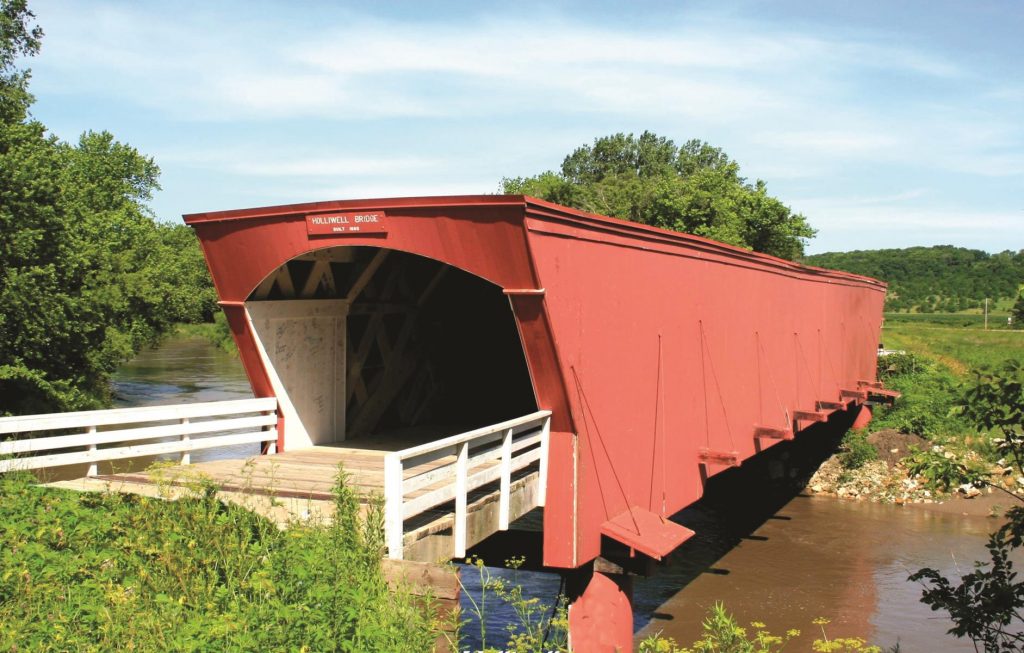 For bus groups, the Madison County Chamber of Commerce can provide a step-on guide who talks about the bridges’ history and their role in the Academy Award-nominated Clint Eastwood/Meryl Streep movie. Tour members have a chance to walk through several of the six covered bridges that remain in the county. 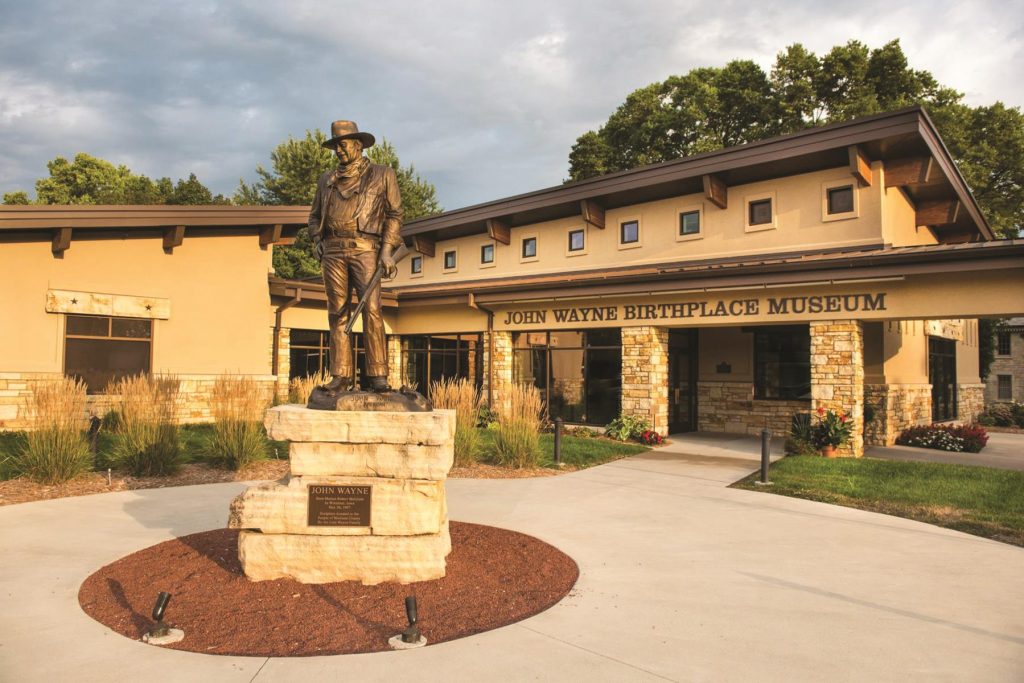 Another group option in Winterset is a behind-the-scenes tour of the 1913 Iowa Theater, which includes popcorn, soda and a short video about movies made in and about Iowa. The area’s past comes alive at the 18-acre Madison County Historical Complex, a village with 14 buildings, including a country church, one-room schoolhouse, train depot, 1856 mansion and a barn full of antique farming equipment.