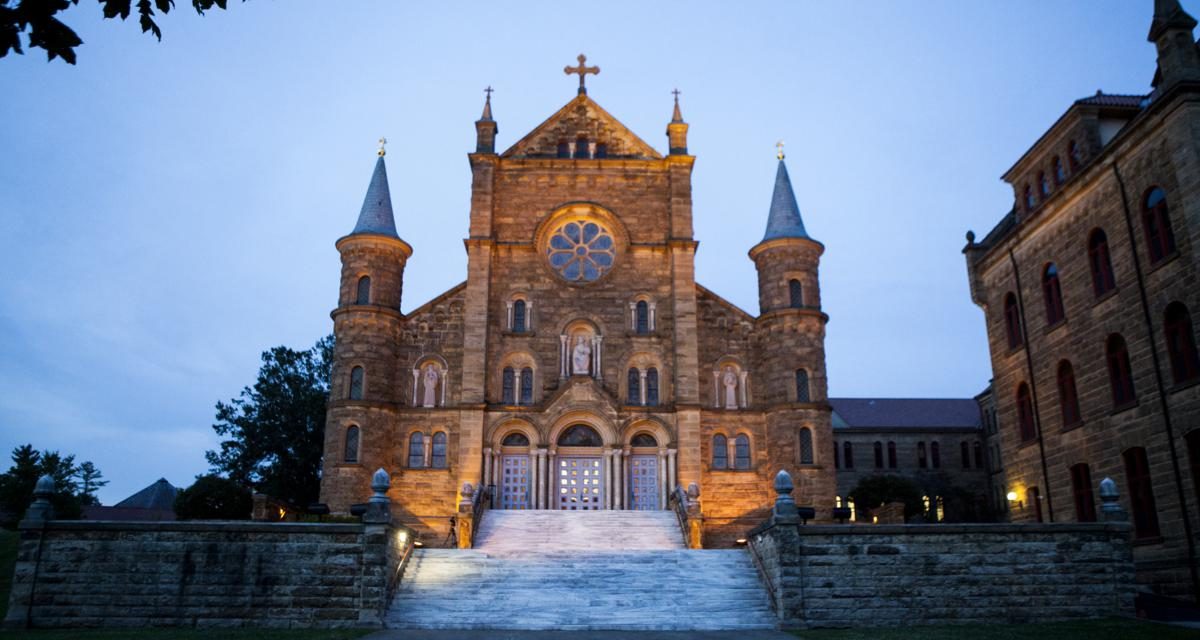 SEE THIS ITINERARY IN THE INDIANA GROUP TOUR PLANNER

The rolling hills of southern Indiana are replete with gold courses, cave systems and relaxing waterways. Groups will find plenty to see (from the historic State Capitol in Corydon to the Derby Dinner Playhouse in Clarksville) and taste (the delicious vintages offered at Turtle Run Winery).

This Itinerary is Ideal For: All ages

Morning: Begin the day by visiting southwest Indiana’s most respected cultural institution: the Evansville Museum of Arts, History & Science. It’s a permanent collection of over 50,000 objects, including decorative and fine art, rare photographs and historical documents.

Stop by the Reitz House in the city’s downtown historic district. John Augustus Reitz was a 19th century lumber baron. His family home is a fine example of French Empire-style architecture. Before departing, include lunch at Walton’s International Comfort Food in downtown Evansville.

Afternoon: Next stop, Santa Claus! Discover the magic of Christmas at the Santa Claus Christmas Store, take a trip down memory lane at Santa’s Candy Castle, and in nearby Dale see an impressive collection of mechanical musical instruments at Dr. Ted’s Musical Marvels.

Celebrate another bearded man as you visit Lincoln’s Boyhood National Memorial, just west of Santa Claus. Abraham Lincoln spent 14 years at this site, from youth to manhood. See his recreated 1820’s homestead where interpreters in period costume show you what his early life was like.

Departing Santa Claus late this afternoon, pay a visit to a Benedictine monastery. Set against the backdrop
of rolling countryside, Saint Meinrad Archabbey features the Archabbey Church of Our Lady of Einsiedeln, distinguished by twin bell towers. The church displays a replica of the Black Madonna statue in Switzerland’s Einsiedeln Abbey. 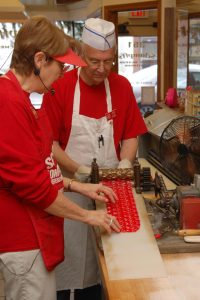 Morning: Rich with history, the Corydon State Capitol Historic Site commemorates Indiana’s first state capitol. Begin your day with a walking tour where the group will visit the Federalstyle limestone building (circa 1814), which served as the state capitol from 1816 to 1825, and Governor Hendricks’ Headquarters, a two-story brick house which was occupied by the governor from 1822 to 1825.

Next, Corydon’s Zimmerman Art Glass Factory features hands-on demonstrations of fine glass pieces being molded right before your eyes. In the gift shop, you may find the perfect gift for a special person.

Afternoon: After lunch, it’s time for a little wine tasting at Turtle Run Winery. Southern Indiana is a popular wine region known as the Upland, with nine wineries spread across the region. Turtle Run is one of its most-visited. Here, the proprietors serve up samples in their cozy tasting room.

On to Jeffersonville and the Howard Steamboat Museum, site of what was once the largest inland shipyard in America. Among the artifacts on display are items from the legendary Robert E. Lee, the Natchez and the shaft of the Delta Queen’s original paddlewheel.

Before dinner, grab a quick snack at Schimpff’s Confectionery. Watch candy being made on century-old equipment, and pick up take-home treats and see thousands of pieces of American candy memorabilia on display.

Evening: Attend a Broadway musical and buffet dinner at the Derby Dinner Playhouse in Clarksville. This theater has produced every one of the top 50 Broadway musicals of all time. 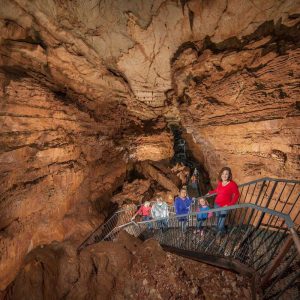 Morning: Start the day by visiting Indiana Caverns, where your group descends over 100 feet into one of the world’s longest caves. The major portion of the underground tour is a pontoon cruise.

Afternoon: The lunch stop today is well above ground at the Overlook Restaurant. This establishment is uniquely positioned on a bluff in Leavenworth with a 20-mile panoramic view of the Ohio River. Watch area wildlife and river traffic while you dine.

This afternoon your group heads home with fond memories of their I-69 –I-64 adventure.