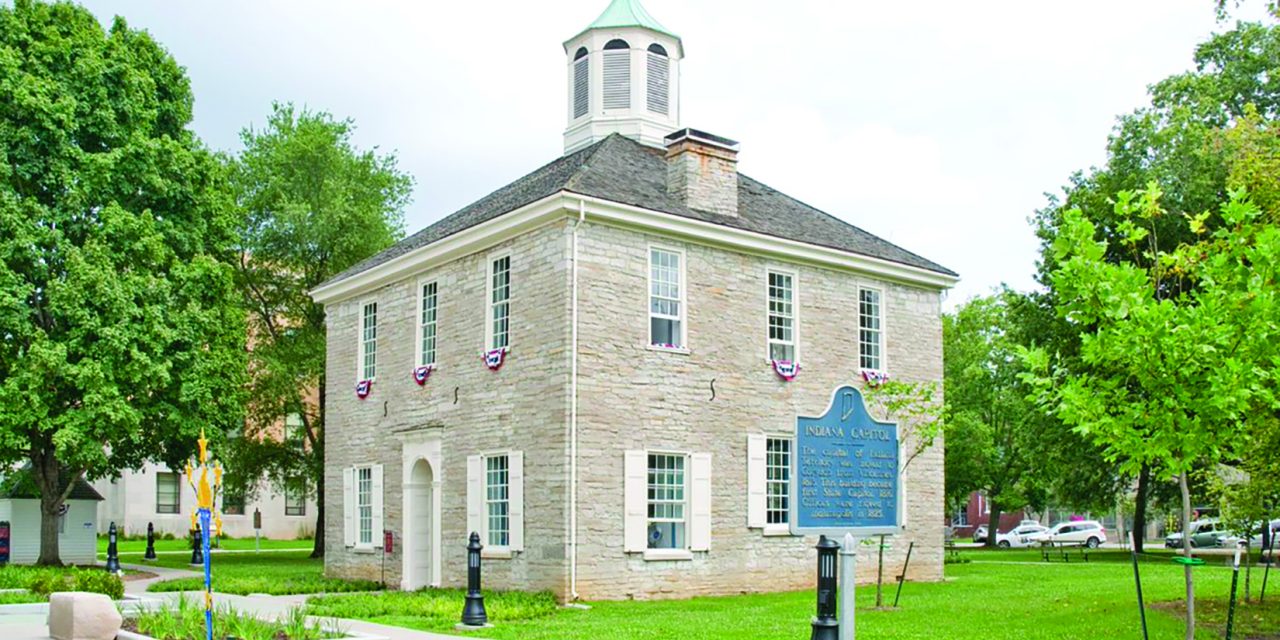 Begin with a morning tour of Falls of the Ohio State Park, which features stunning views of the Louisville skyline and the Ohio River. 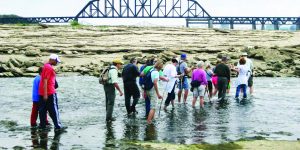 The 390-million-year-old Devonian fossil beds are some of the oldest in the world, and your group will learn about the Lewis & Clark Expedition’s stop here on its journey west. Continue to the Culbertson Mansion in New Albany. Named for William Culbertson—who became the richest man in Indiana after his dry goods business thrived along the Ohio River—the mansion is a masterpiece of Victorian artistry. Group tours will admire the hand-painted ceilings, marble fireplaces and elaborate plasterwork, or members can participate in a Clue Party, which involves searching the mansion to solve a “crime.”

Enjoy a hearty group lunch at Huber’s Orchard & Winery before reaching Corydon—Indiana’s original state capital. Your guided tour through the Corydon Capitol State Historic Site can include the original capitol building (in service from 1816 to 1825) and Governor Hendricks’ Headquarters—a brick building that served as the first governor’s home. Conclude your day at the Harrison Country Discovery Center, which houses interactive exhibits focused on the Battle of Corydon, the only Civil War battle that occurred in Indiana.

Depart from Corydon for Lincoln State Park, where a young Abraham Lincoln worked on his family farm until the age of 21. Lincoln’s Boyhood National Memorial is a restored 1820s homestead where interpreters in period costumes can answer questions about the Lincoln family’s pioneer lifestyle. Afterwards, pay a visit to the Saint Meinrad Archabbey, a Benedictine monastery modeled after the worship spaces of Germany. Groups can roam the peaceful grounds and admire a replica of the Black Madonna Statue from Switzerland’s Einsiedeln Abbey.

Spend your afternoon in the town of Santa Claus—where Christmas is celebrated every day. Stops may include Santa’s Candy Castle (which features a delicious selection of toffee and chocolate), the Santa Claus Christmas Store (where you can buy commemorative ornaments and nutcrackers) and Santa Claus Museum & Village (which houses galleries explaining the town’s holiday history). If you’re touring in December, be sure to participate in the Santa Claus Christmas Celebration to admire elaborate light displays and enjoy a chestnut roasting.

Your day starts in the riverside city of Evansville and the Evansville Museum of Arts, History & Science. The museum’s permanent collection houses over 50,000 artifacts, including decorative arts and rare photographs from Indiana history. More history awaits at the Reitz House, a French Second Empire-style mansion built for a lumber baron. Guests will step into an 1871 home with preserved chandeliers, parquet floors and a grand entry hall with Moorish design. Groups can also board the USS LST-325, the last fully operational World War II Landing Ship Tank.

Head north to the city of Vincennes and the Indiana Military Museum, which boasts one of the most comprehensive collections of military memorabilia in the country. World War II buffs will be impressed by the uniforms belonging to Generals Patton and Eisenhower, and the “Women at War” exhibit recognizes pilots, nurses and those employed in factories on the home front during World War II. Conclude your day at the George Rogers Clark National Historical Park, which is the largest national monument outside of Washington, D.C. Formerly the site of British Fort Sackville, the area was captured by Colonel Clark and his forces during the American Revolution and would eventually form the beginnings of the Northwest Territory.

Your day begins at Bloomington’s Tibetan Mongolian Buddhist Cultural Center, which encompasses a 108-acre campus and was founded by the Dalai Lama of Tibet’s brother. Your group can walk on two meditation trails, admire a prayer wheel pavilion and visit the Kumbum Chamtse Ling Interfaith Temple. Continue to the rolling hills and limestone architecture of Indiana University, home to the Eskenazi Museum of Art. The gallery space offers group tours and features South Pacific tribal carvings, Native American jewelry and Renaissance portraits on display. Conclude your trip with a visit to either Cardinal Spirits (which offers tours and craft cocktail samples) or Oliver Winery & Vineyards (where groups can relax and enjoy samples of wines crafted on-site).

Consider spending an additional day in Columbus, which is home to a dense collection of mid-century modern architecture and public art you can admire on a bus tour. Architects represented include I.M. Pei, Harry Weese and Kevin Roche, and you can tour the Eero Saarinen-designed Miller House and its famous sunken conversation pit.