Indiana and the Silver Screen 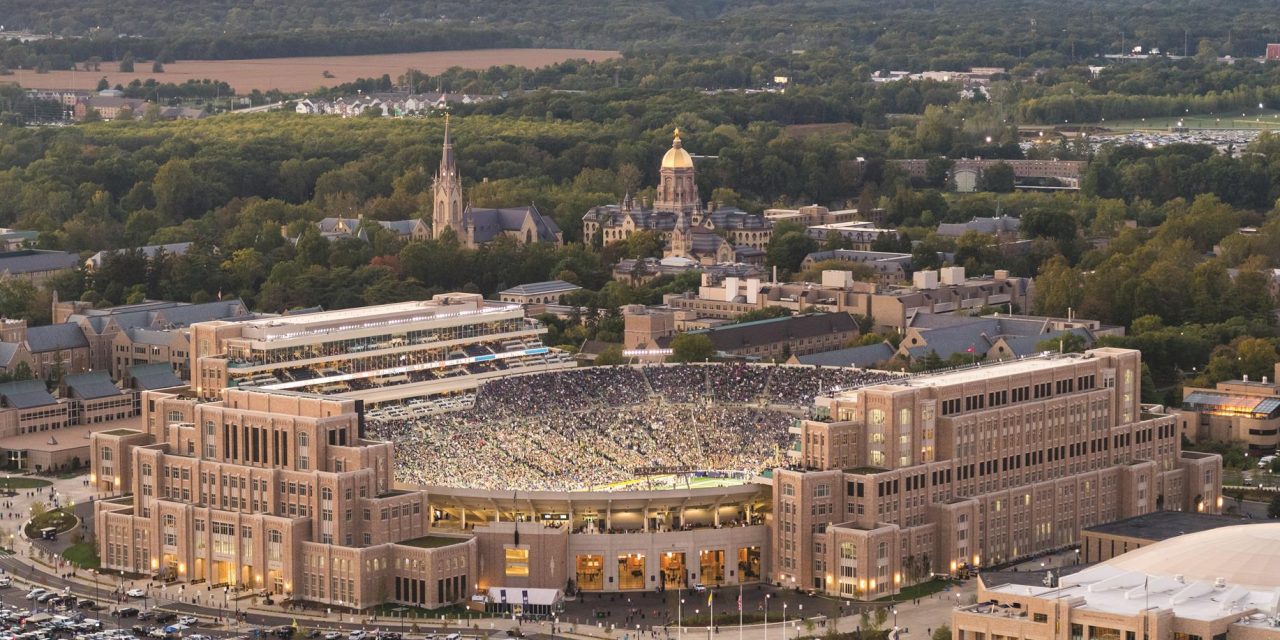 Groups can tour the cities, homes and gymnasiums immortalized in Hollywood productions

Ever since the 1950 movie To Please a Lady filmed its climactic race scene at the Indianapolis 500 with Barbara Stanwyck and Clark Gable, Hollywood has utilized the Hoosier State for hundreds of productions.

Indiana’s authentic Midwestern main streets, iconic sporting venues and unaltered natural environments have been depicted in movies and television shows for generations, and many of these locations continue to welcome tour groups. If you want to add some Tinseltown glamor to your next motorcoach trip, consider a stop at some of these cities immortalized on film.

Daniel Ruettiger (nicknamed “Rudy”) became a college football legend in 1975 when he walked onto the University of Notre Dame Fighting Irish football team and recorded a sack despite being only 5 feet 6 inches tall. He became one of only two Notre Dame players to be carried off the field, and his story was made into the heartwarming 1993 family drama Rudy. Starring Sean Astin in the titular role, the production was granted the rare opportunity to film on the university’s campus, and your group can tour sites such as Notre Dame Stadium, the Grotto of Our Lady of Lourdes and Corby Hall. While on campus, groups should also visit the Basilica of the Sacred Heart, which was built in the 1870s and features stunning stained glass windows and Italian frescoes.

Few things define Indiana more than a passion for basketball, and Hollywood has shot several sports dramas in the state’s gymnasiums and communities. Blue Chips, a 1994 film starring Nick Nolte and Mary McDonnell in addition to real-life basketball superstars Shaquille O’Neal and Penny Hardaway, used several Indiana locations as stand-ins for the fictional Western University. Interior shots of the basketball arena filmed at Frankfort High School’s famous domed gymnasium, and French Lick (home of NBA legend Larry Bird) welcomed the film crew to shoot at Bird’s home and College Street for a parade scene. In addition to these locations, French Lick visitors can stop by 33 Brick Street to admire Bird memorabilia and even try on his 1992 Dream Team jacket. 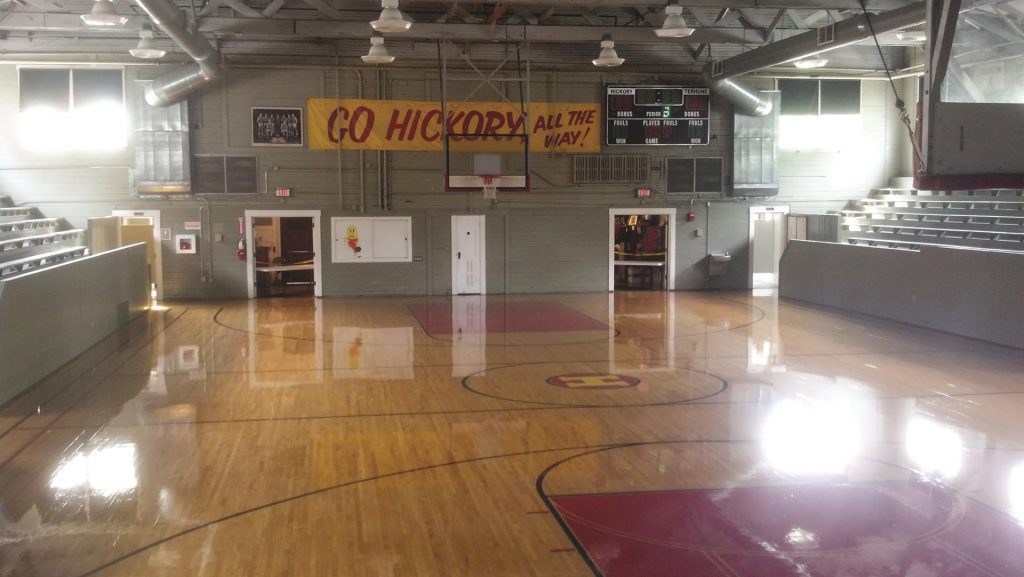 Often cited as the best basketball film of all time, the 1986 movie Hoosiers chronicles the season of the underdog Hickory High School Huskers and their ultimate state championship triumph. Starring Gene Hackman, Barbara Hershey and Oscar-nominated Dennis Hopper, the film is loosely based on the 1954 Milan High School state champions, and production shot the climactic game in Butler University’s fieldhouse (where the real game was played) for authenticity.

The home court for Butler’s men’s basketball since 1928, “Indiana’s Basketball Cathedral” is a National Historic Landmark open for tours and continues to attract college basketball fans with its groundbreaking truss system that allows for unobstructed views of the game. Now called Hinkle Fieldhouse, this Indianapolis landmark is an excellent addition to a Butler campus visit.

Fans of the film will also want to explore the “Hoosier Gym” in Knightstown, which stood in as the Huskers’ home court in the 1986 film. Built in 1921 and largely unchanged for period authenticity, the gym’s iconic raised wooden bleachers and the court’s red-and-gold color scheme remain exactly as they did in Hoosiers, and high school teams from across the state continue to host games here.

Continue east to the city of Huntington, where your group can tour another important site of a sports movie classic: A League of Their Own. Starring Geena Davis, Tom Hanks, Rosie O’Donnell and Madonna, the 1992 Penny Marshall film tells the story of the All-American Girls Professional Baseball League, which was created when many MLB players were drafted into World War II. Home games for the film’s Rockford Peaches team were filmed in League Stadium, which was built in 1894 and was restored to its former glory with fresh paint and additional seating. It later served as a primary shooting location for the 1996 HBO film Soul of the Game, which starred Blair Underwood and Delroy Lindo as Negro League players Jackie Robinson and Satchel Paige. League Stadium now hosts the Dubois County Bombers, a collegiate team that competes in the Ohio Valley League. Groups will enjoy an evening at the ballpark that includes vintage-inspired uniforms, Rockford Peach players who interact with the crowd and vintage refreshments. 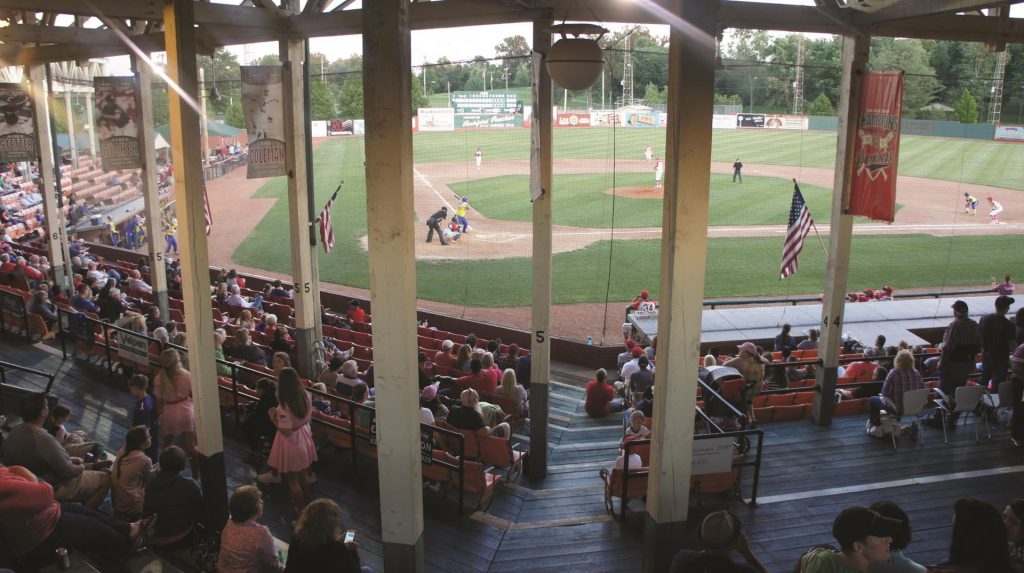 Already internationally renowned for its numerous examples of modernist architecture, the city of Columbus received renewed publicity after the release of the 2017 film Columbus. A romantic drama created by film essayist-turned-director Kogonada, the movie creatively integrates the city’s architecture into shots to comment on the characters’ isolation and eventual connection, and many of these buildings are available for group tours. Notable structures seen in the film include the Miller House (Eero Saarinen’s modernist masterpiece that epitomizes the school of architecture with an open floor plan and flat roof), the Irwin Conference Center (which emphasizes radical banking transparency with large windows) and the Robert N. Stewart Bridge. 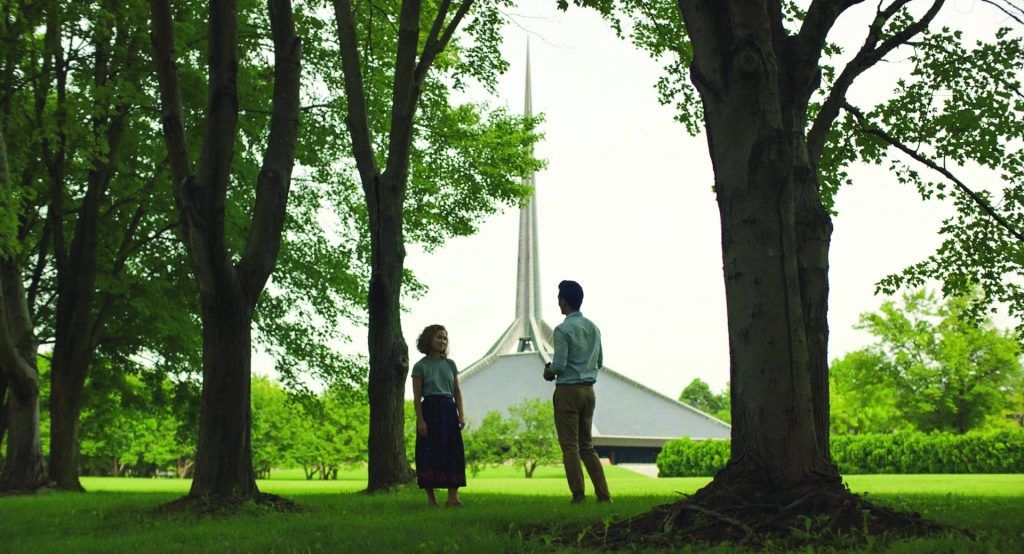 Filmed entirely in Bloomington and starring Dennis Quaid, Jackie Earle Haley and Daniel Stern, the 1979 film Breaking Away won the Academy Award for Best Original Screenplay and helped popularize street biking in the United States. A coming-of-age story that follows a group of recent high school graduates (or “cutters”) who don’t attend the local Indiana University, the film utilized multiple locations on the university’s campus, Bloomington’s downtown and nearby Brown County State Park for cycling scenes. Public locations seen in the flim that your group can visit include IU’s Franklin Hall, the Monroe County Courthouse and the Rose Well House pavilion. 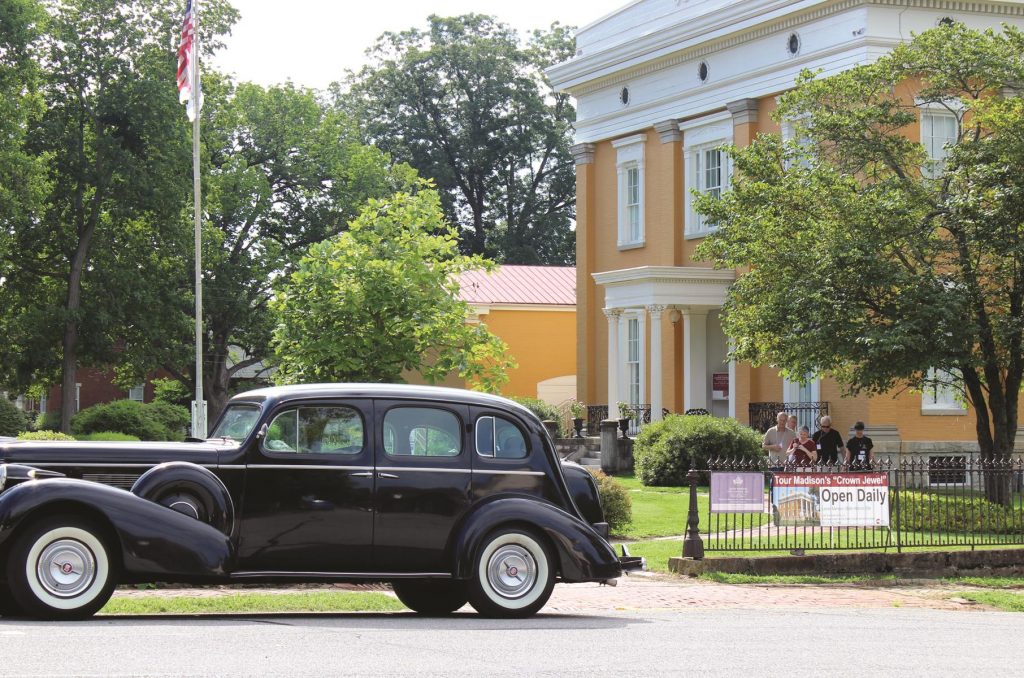 Another visually striking Indiana city that has welcomed Hollywood productions and visitors alike is Madison. Much of the town’s architecture dates back to the early 1800s, when local merchants thrived along the Ohio River during the steamboat era. Today, groups can scour antique shops on Main Street, tour the Greek Revival home of famed financier James F.D. Lanier and tour Dr. William Hutchings’ Office & Museum to learn about 19th century surgery techniques. MGM Studios chose Madison in 1958 to depict the fictional Indiana town of Parkman for Some Came Running, a drama starring Frank Sinatra, Dean Martin and Shirley MacLaine. Several businesses in the downtown district were given new Parkman facades, and many businesses in town proudly display posters of the film.

For information about Indiana film history and a location directory for potential productions, visit www.filmindiana.com.