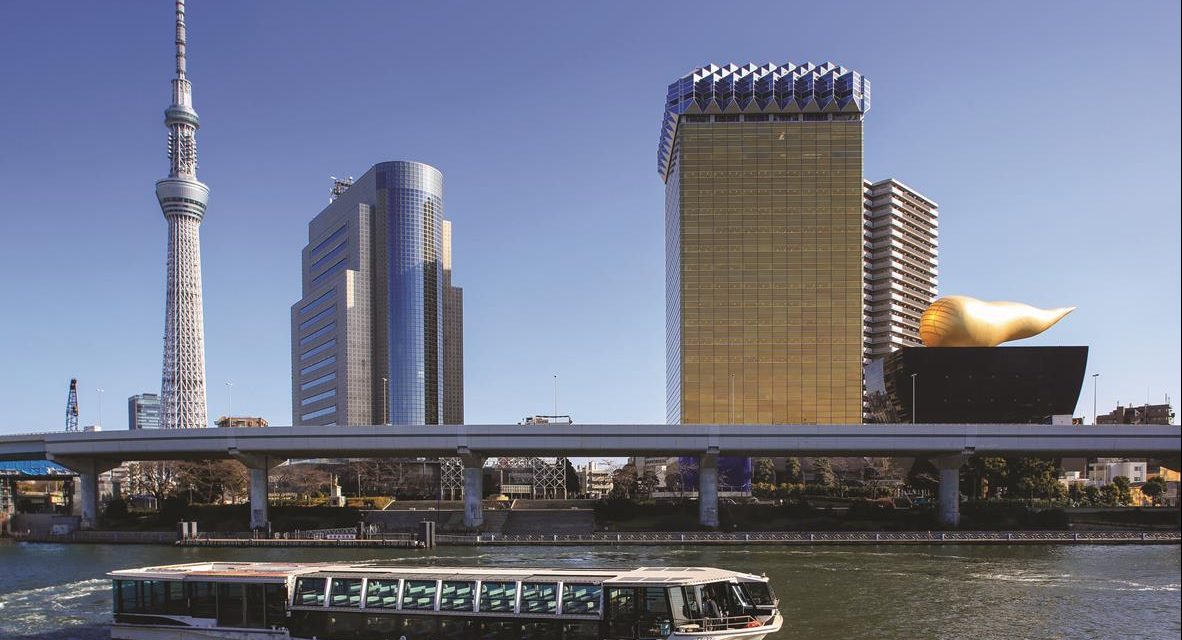 How bizarre, I thought. It seemed like every sixth person riding the subways or walking the crowded streets of central Tokyo was wearing a face mask. Were they in the medical field?

This was last November, before the worldwide coronavirus pandemic. It was my first time in Japan, and I was on a tour organized by Goway Travel.

When I asked our local guide about the masks, she said it’s just common practice for those who may be sick, fearful of getting sick or merely cautious about the spread of germs. She also said, half joking I think, that some people don the mask to obscure unattractive facial features. (Referring to my “Impressions of Japan” notes in preparation for this article, I notice that “face masks” heads my list of eight things on the trip that really stood out.)

These days, in America and around the world, we don’t think twice about face coverings (though I still can’t get used to the idea). Of course, the health crisis has changed the way we live and put many things on hold.

One of the most prominent postponements has been the Summer Olympics in Tokyo. Originally scheduled for this past summer, the athletic extravaganza—still called Olympic Games Tokyo 2020—now is set for July 23 to August 8, 2021, in the Japanese capital. The Paralympic Games (August 24 to September 5) will follow.

More than a half-million spectators from around the globe will pack stadiums to watch some 11,000 competitors from 200-plus nations. This will mark the second time Tokyo has had the Games—it was the host city in 1964, the first time they were held in Asia. In addition to newly built venues, some of the same ones used in 1964 will see action in 2021.

If there’s any place that can handle the Olympics, it’s Tokyo. A beehive of activity and utterly contemporary, the sprawling metropolis of 13 million works like a dream. Public transportation is fast and efficient, people are polite and well-dressed, and there’s a sense of order amid the urban frenzy. The streets are spotless and safe to walk day and night. Public restrooms are clean and easy to find.

A center of technology, fashion, art and architecture, and pop culture, Tokyo truly is one of the world’s great cities. For me, it was a real eye-opener.

Coping with the hyperactivity amid the forests of skyscrapers and just the language barrier alone, the visitor can easily be overwhelmed. For the first-timer, Tokyo is hard to get a handle on. So it was comforting being in a small group escorted by Goway’s Asia product manager, Brittany Banks. I especially appreciated her guidance in navigating the Tokyo subway system.

Given only a few days in town, we could barely scratch the surface of Tokyo’s riches, but we did hit some of the top tourist sights. Keep in mind, though, that being among the people—walking through parks, popping into stores, sampling the cuisine—is what you’ll remember most.

To put Tokyo in perspective, our group on the first day took a narrated, 45-minute cruise on the Sumida River. Affording views of the Tokyo skyline and riverside promenades, our Tokyo Cruise Ship Co. boat passed under 14 bridges before arriving at Hama Rikyu Garden, a peaceful oasis amid the concrete towers. After an hour at the garden, we were off for Tsukiji Outer Market, one of the biggest fish markets in the world. A tourist attraction as well as locals’ hotspot, the market teems with vendors hawking their wares. With more than 100 fishy businesses to choose from, there were plenty of options for lunch. Some of us chose sushi, others the skewers of seared eel or tuna. Another market favorite: the Japanese rolled omelet (tamagoyaki), a seasoned, neatly folded pillow of yellow delight served hot off the griddle.

Also ideal for city overviews are two observation points—Tokyo Tower and Tokyo SkyTree. The latter, a telecommunications tower, is Japan’s tallest structure at 2,080 feet. Tokyo Tower, its iron girders painted red and white, resembles the slightly smaller Eiffel Tower in Paris and, when illuminated at night, casts a magical spell on the skyline. The Shiba Park Hotel, within easy walking distance of Tokyo Tower, proved to be a delightful hideaway for our group. Our warmest memories of the hotel centered on the free, one-hour classes led by patient instructors in two traditional Japanese arts—origami (paper folding) and calligraphy. We took our creations home as prized souvenirs.

Convenience stores seem to appear on every other block in Tokyo, and there were plenty near our hotel. The big three quick marts are 7-Eleven, Family Mart and Lawson. They sell everything from face masks to packaged dress shirts. Our group stopped often at these places for snacks (hot and cold), basic necessities and cash from ATMs. Sometimes we sought out a convenience store just for its trash bin—a rarity on the streets as littering is not a problem. 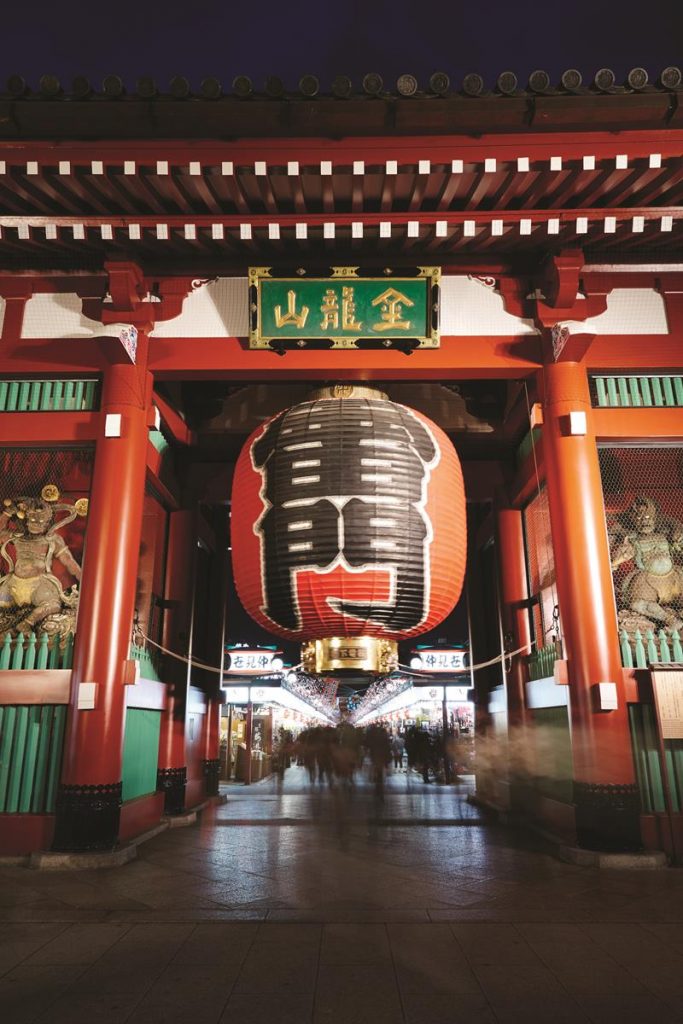 For gourmet grazing, some of us used our free time in Tokyo’s fashionable Ginza district to invade the epicurean food halls on the lower levels of Mitsukoshi, the best-known department store. In a setting not unlike Harrods’ fabled food emporium in London, you’ll find everything from sushi rolls and bento boxes to luscious pastries and decadent chocolates, even English teas, scones and clotted cream. Ginza is also home to designer stores like Gucci, Valentino, Tiffany & Co., Giorgio Armani, Louis Vuitton and Salvatore Ferragamo. Mikimoto, in a striking building facade resembling Swiss cheese, is the place for cultured pearls. We visited Ginza on a Sunday, the day when its main street is pedestrianized.

For some fun shopping, head to the venerable Asakusa neighborhood and the stalls lining Nakamise Dori, a pedestrian lane leading to the gates of Sensoji Temple. Eighty-some tiny shops sell snacks, trinkets, souvenirs and crafts, including chopsticks, fans, incense, kimonos, lanterns, bean paste confections and Hello Kitty items. Also for sale: Olympics 2020 key chains, lanyards and towels. Sensoji Temple, built to honor the Buddhist goddess of mercy and happiness, is Tokyo’s oldest and most celebrated temple, and a great spot for pictures.

In a different part of town on another day, we combined a visit to Meiji Shrine, the largest Shinto shrine in Tokyo, with a walk through the wacky Harajuku district, the heartbeat of Tokyo’s kawaii (cutesy) culture.

Shops along narrow, car-free Takeshita Dori, a street packed elbow-to-elbow with young people, features theme clothing, zany accessories and takeout foods catering to teens and tweens in search of fashion and fun. Girls and boys, some of them dressed as anime and manga characters, sport whimsical costumes and wigs in a rainbow of colors. On Sundays you’ll witness more quirky fashions on display, along with bands and rockabilly dancers, at nearby Yoyogi Park. In 1964 the leafy retreat housed the Olympic Village; in 2021 it will host handball and other events at Yoyogi National Gymnasium.

Our Goway group was taken to another iconic hotspot—Shibuya Crossing, also known as Shibuya Scramble, where, when the traffic light turned green, we joined a thousand others traversing one of the busiest pedestrian crossings in the world. And then we did it again in the opposite direction. Enveloped by neon lights and giant video billboards, this shopping/nightlife hub is called the “Times Square of Tokyo.” Masses of humanity, whirlwinds of traffic, streets buzzing with 21st century energy.