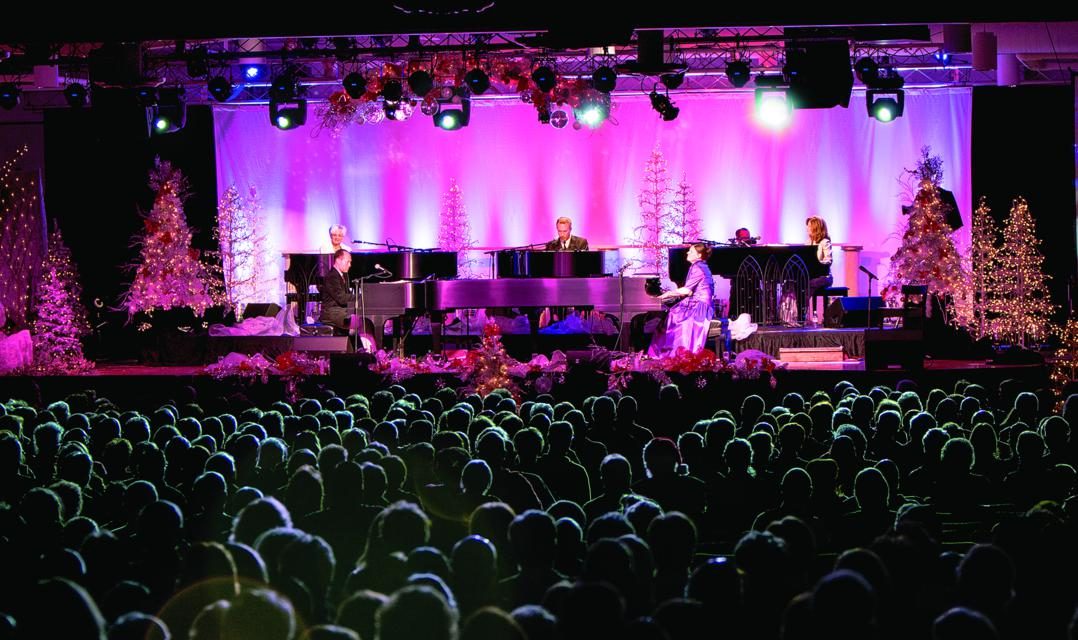 Walk in the steps of famous composers, tour state-of-the-art instrument factories and take in an entertaining dinner theater show

Indiana has placed its distinctive stamp on American music, producing icons in genres as diverse as rock, R&B and the Great American Songbook. Groups visiting the state can see these legends’ work performed live, walk through their childhood homes and tour museums dedicated to legacies. Indiana’s music heritage goes much further than its famous stars, however. State-of-the-art instrument factories, historic concert venues and crowd-pleasing dinner theaters await visitors—no matter what rhythm they dance to.

Broadway icon Cole Porter, the legendary songwriter who composed still-popular shows like Kiss Me, Kate and Anything Goes, was born in 1891 in Peru, Indiana and spent the first 10 years of his life there. Fans of American standards like “Night and Day” and “I’ve Got You Under My Skin” will want to savor this charming town and reserve a room at the Cole Porter Inn, the composer’s birthplace. The inn features three suites for small groups, but larger parties can stop in to tour the home and learn about Porter’s life in the reception area. Visitors can learn more about the composer at the Cole Porter Room at the Indiana Historical Society. Designed like New York City’s Waldorf-Astoria Hotel in the 1940s, this cabaret setting features a digital piano and photographs that depict Porter’s social life and travels.

Despite no formal musical training, Terre Haute native Paul Dresser composed and published over 150 songs and became a Tin Pan Alley legend. His composition “On the Banks of the Wabash Far Away” was adapted as the official state song of Indiana in 1913, and visitors can admire the famous river and tour a preserved working-class home at the Paul Dresser Birthplace. Groups can see Dresser’s famous Chickering piano and learn about his German immigrant heritage, vaudevillian career and famed brother Theodore Dreiser (most famous for his novel Sister Carrie).

Famously born in a “Small Town,” rock icon and Bloomington resident John Mellencamp has established the Southern Indiana Center for the Arts in his hometown of Seymour. Groups can tour the antique printing museum and pottery barn and rock out to the Seymour City Jam Series held throughout the summer, and they can view a new mural of Mellancamp’s likeness in downtown Seymour.

Visitors can see first-hand how the instruments on many of their favorite songs are crafted at Sweetwater Sound in Fort Wayne. This innovative company with humble origins when founder Chuck Surack designed a four-track recording studio in the back of his VW van. His company quickly flourished into the modern Sweetwater campus, which includes an instrument store, recording studios, shipping plant and performances spaces. Tours will pass through the professional service center, which rehabs and improves existing instruments, auditoriums with state-of-the-art acoustic engineering and a performance pavilion. 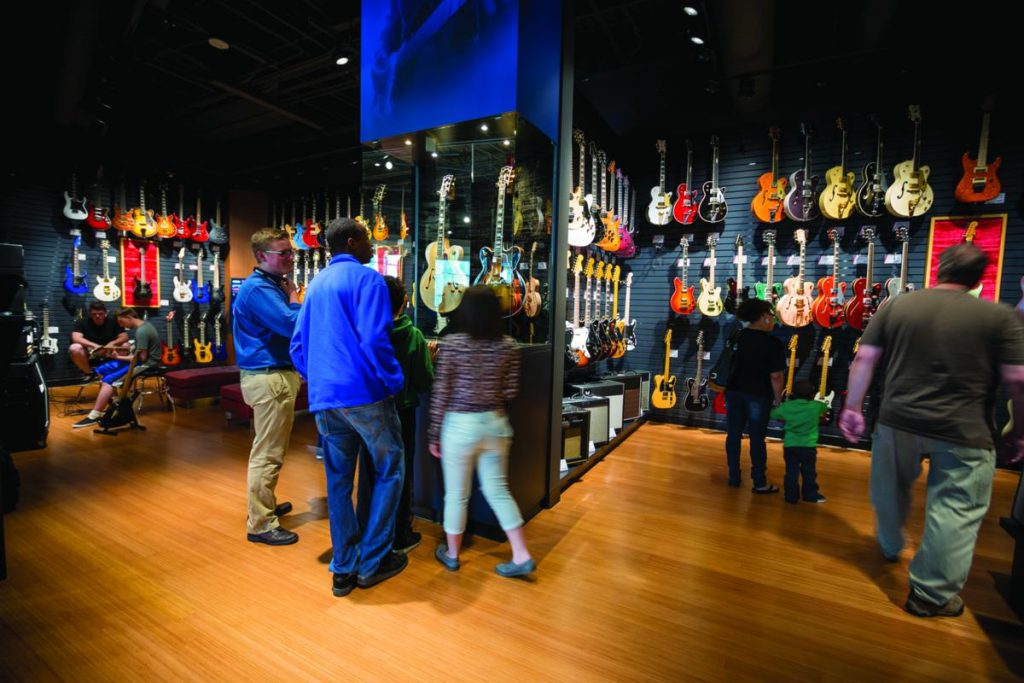 Elkhart in Northern Indiana is famous for its RV manufacturing, but the area is also home to one of the last remaining band and orchestra instrument lines in the United States. A one-hour walking tour of Conn-Selmer will pass through the campus’ two facilities (woodwind and brass) and explain how trumpet bells are crafted by hand, clarinet reeds shaped and clarinets given intricate fingerings. 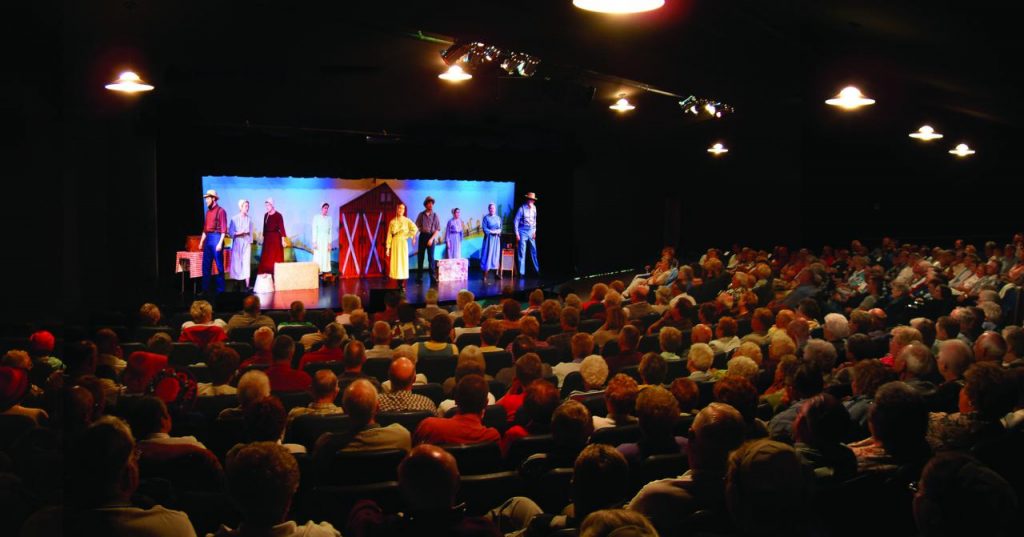 Combining freshly prepared meals and lively entertainment in one location, dinner theaters can be a godsend for group tour operators. In addition to Broadway-caliber performances, these attractions often offer attractive group rates and an intimate atmosphere that will make for an unforgettable evening. Fortunately, Indiana boasts numerous dinner theaters that can fit any taste and budget.

These venues emphasize lighthearted entertainment, comedies, variety shows and traditional Broadway musicals, while holiday shows are presented in November and December. Planners can expect middle-of-the-road theater fare and shouldn’t expect material that’s too racy. Ticket prices are often lower than larger theaters, and the blend of quality entertainment and multi-course meals makes for a terrific bargain.

Located in the heart of Indiana Amish Country, Shipshewana is famous for its flea market and merchants, but groups will want to enjoy a performance at the Blue Gate Restaurant & Theatre. This expansive complex includes a 320-seat theater, bakery, gift shop and 1,200-seat dining room that serves hearty slow-roasted ham, noodles & beef and meatloaf. The theater stages a full slate of musicals with an Amish or Mennonite theme in addition to country and Christian artists. Groups can also spend time exploring the shop-lined streets of Shipshewana, which is trafficked by buggies in addition to cars.

Further south in Kosciusko County is the Wagon Wheel Center for the Arts. Dating back to 1961, this theater is a Warsaw institution and welcomes Broadway productions, comedians and musicians to its 800 seat theater in the round. The theater partners with local hotels and restaurants to ensure a comprehensive group experience, and parties of 15 or more receive discounts on ticket packages. Expected productions for the 2020 season include The Music Man, Big The Musical and Pride & Prejudice.

Any Indianapolis itinerary is incomplete without an evening at Beef & Boards Dinner Theatre.

Named for its hand-carved meat and theater floors, this Indy institution entertains over 150,000 annual visitors. The theater stages Broadway-caliber productions accompanied with a buffet that includes the signature beef, vegetables and scrumptious dessert. The 2020 calendar includes An American in Paris, The Sound of Music and Saturday Night Fever. 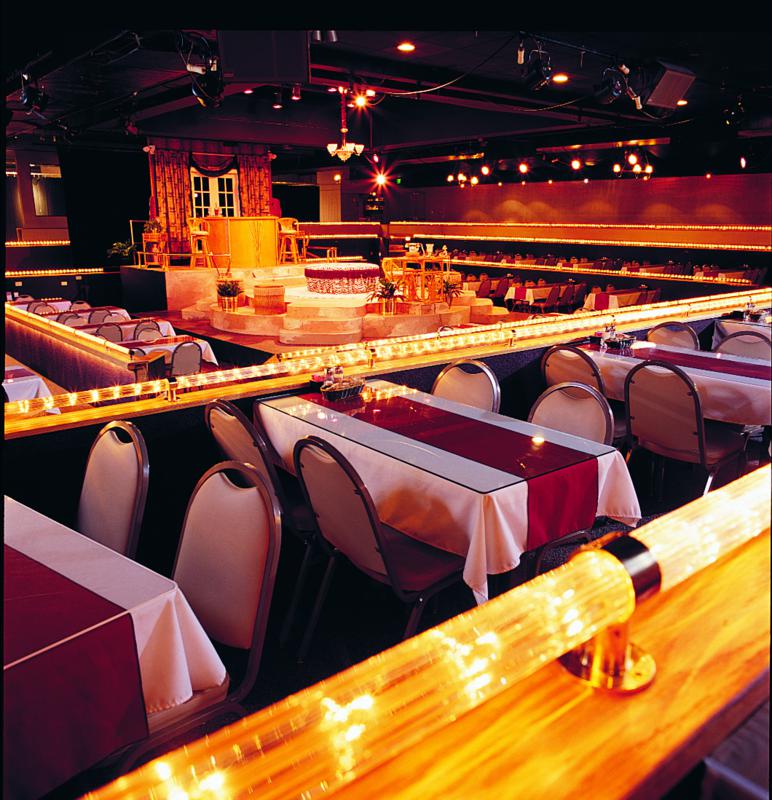 Derby Dinner Playhouse, which has produced every top-50 Broadway musical, distinguishes itself with a 360-degree stage and four-sided seating arrangement. This Clarksville theater offers a buffet of carved turkey, fried fish and a salad bar. Derby Dinner’s 2020 calendar includes Saturday Night Fever and the classic Cole Porter musical Anything Goes. 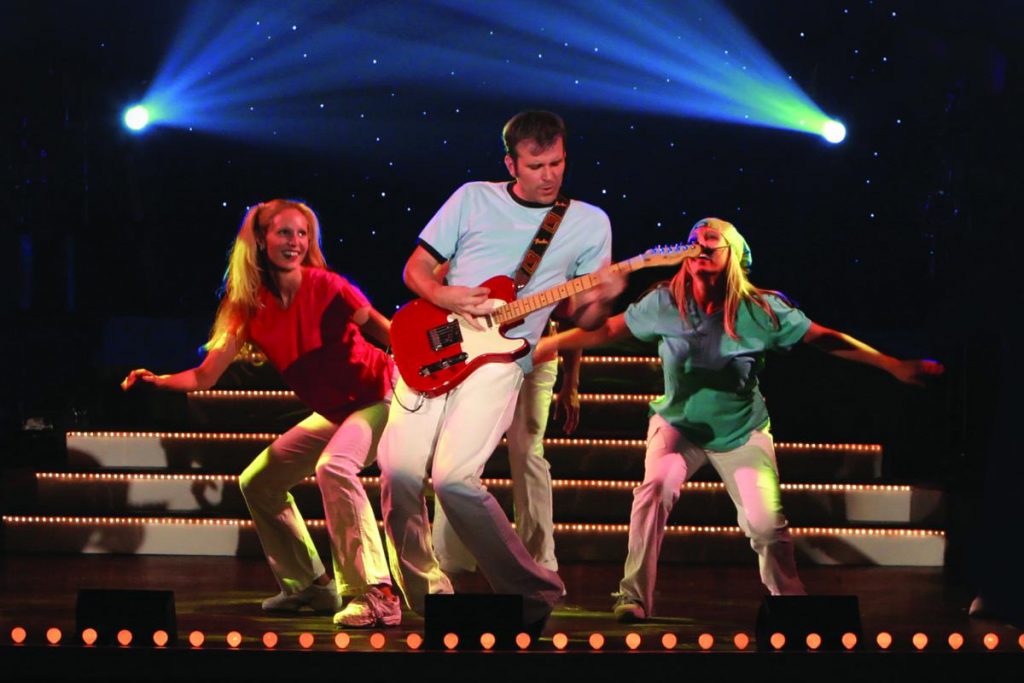 The former home of basketball icon Larry Bird, the Legend of French Lick is a charming estate that includes a boutique hotel and Abbeydell Hall—which presents energetic variety shows paired with a buffet dinner. Recent shows have included I’ve Got the Music in Me! (a celebration of Motown and the British Invasion) and Christmas Treasures (performances of holiday classics by the Carpenters and Bing Crosby). Conveniently located in Munster in the Chicago metro area, the Theatre at the Center is a non-profit resident theater at the Center for the Visual and Performing Arts. Lunch-and-show packages are available for groups booking a Wednesday or Thursday matinee, and the Sunday Champage Brunch is offered prior to showtime. Offerings in 2020 will include Talley’s Folly, Ain’t Misbehavin’ and Hello, Dolly! 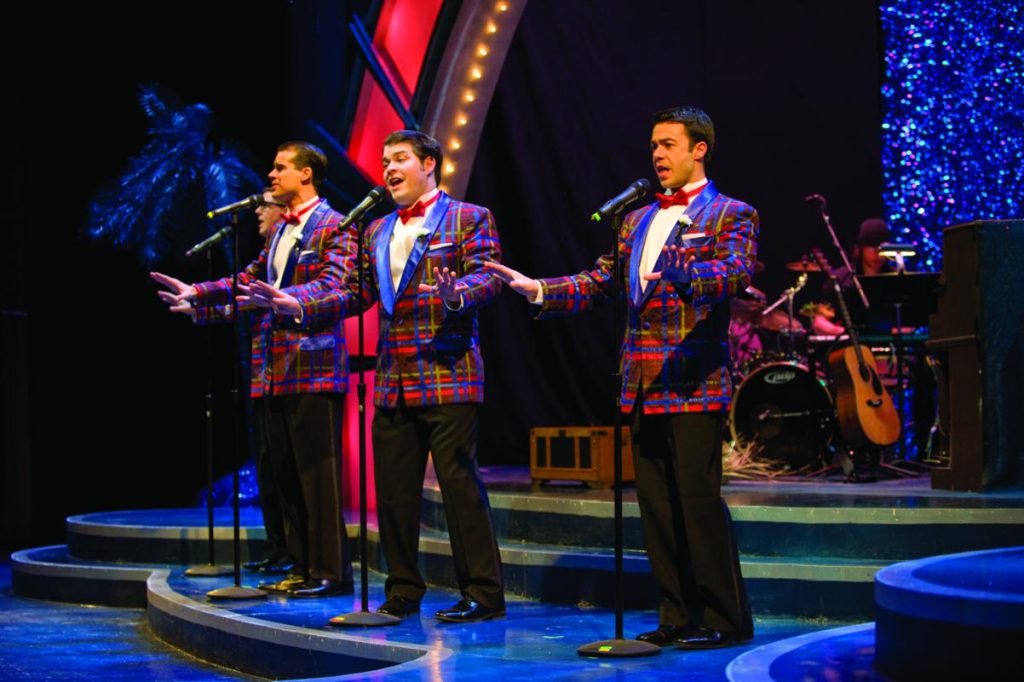