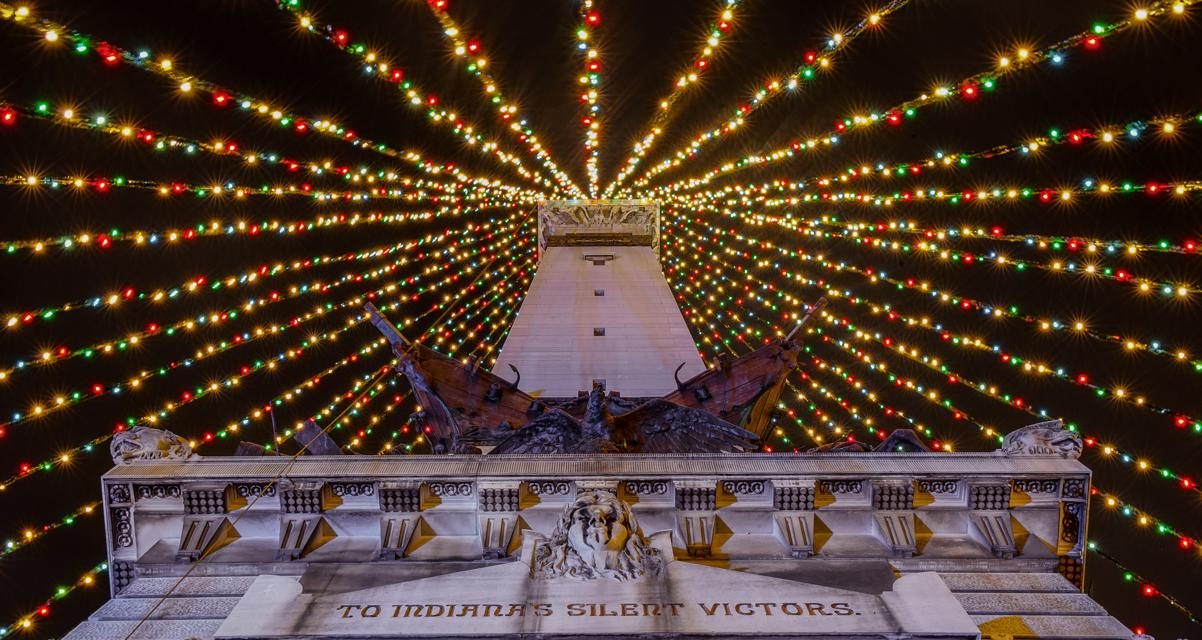 Long winter nights are no match for Hoosier Hospitality—even during frigid December, cities across Indiana welcome groups to showcase their architecture, history and local traditions. From firsthand encounters with Santa Claus to recreations of a Victorian Christmas, you’ll be sure to discover an Indiana experience that spreads some holiday cheer.

Home to fewer than 3,000 permanent residents, the town of Santa Claus nonetheless hosts tens of thousands of visitors every summer at its Holiday World & Splashin’ Safari theme park and thousands more every December when it becomes “America’s Christmas Hometown.” Originally called Santa Fe, the city eventually changed its name after the competing city in New Mexico grew larger, and today the post office receives thousands of letters from children all over the world with their Christmas wish lists. Since 1914, a group of local volunteers called Santa’s Elves has ensured these children get custom replies from the Big Man himself, and your group can stop by the post office itself to see the “elves” hard at work.

Groups can spend an entire day exploring the town’s Christmas-themed attractions, including Santa’s Candy Castle (which has a delicious selection of toffee, taffy and chocolate), Santa Claus Christmas Store (where group members can buy commemorative ornaments and nutcrackers) and Santa Claus Museum & Village (which houses galleries that explain the town’s holiday history). The town is especially festive during the three-weekend Santa Claus Christmas Celebration each December. Special events include the Festival of Lights, where groups can drive through nine miles of residential light displays, and Chestnuts Roasting on an Open Fire, which invites guests to try the traditional roasted European nut preparation. 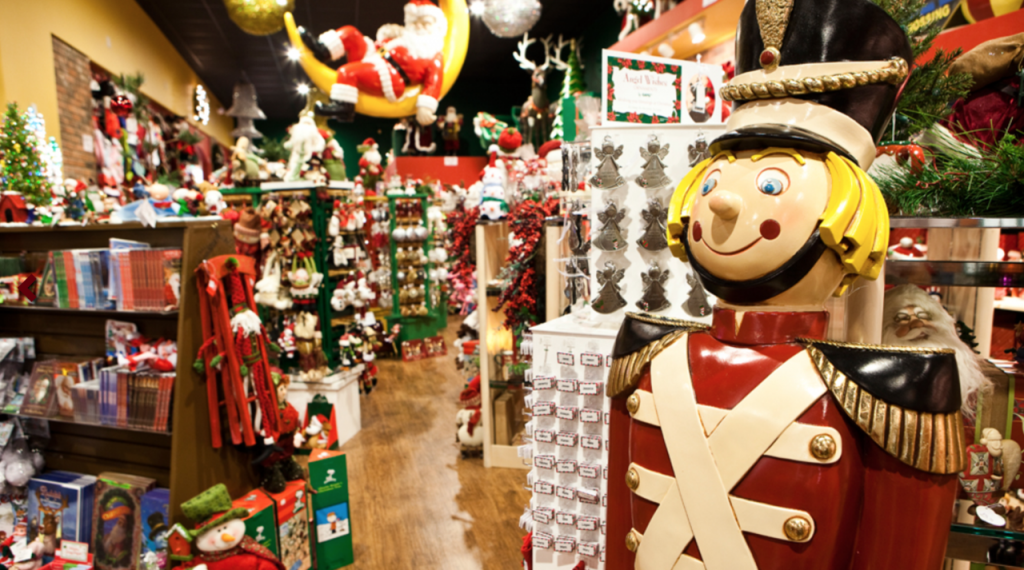 More Old World holiday traditions are found in the nearby town of Ferdinand, which hosts the annual Christkindlmarkt Heritage Markets. Voted as one of the Top 100 Events in North America by the American Bus Association, the markets are spread across seven locations in town and are easily accessible from a free shuttle. Over 200 Bavarian shopping stalls showcase the work of traveling toymakers, wood carvers and bakers, while food stands serve apple strudel, schnitzel and cinnamon rolls. The kindlmarkt tradition began in 14th century Germany, when villagers staved off the harsh winters with bonfires and dancing. That tradition continues annually with the Sounds of the Season concert, where a 60-member chorus performs carols and spirituals in St. Ferdinand Church. Conclude your evening with a visit to the Monastery of the Immaculate Conception, which presents a nativity and holiday lights display on Grotto Hill. 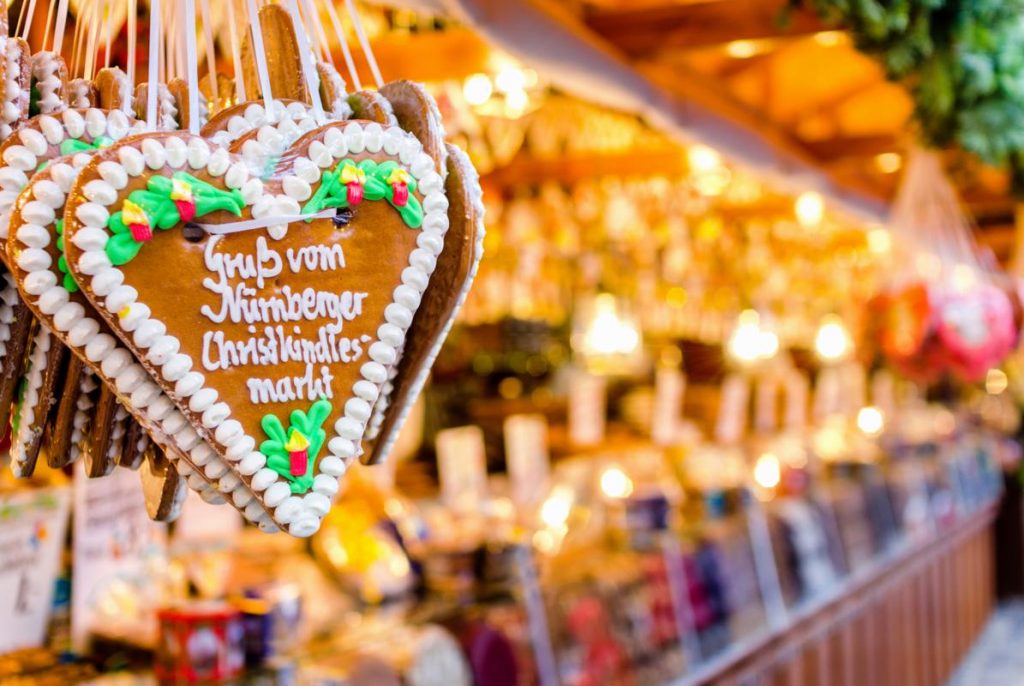 Charming any time of year, the welcoming antique alleyways and historic homes of Brown County are especially welcoming in December when adorned with wreaths and brimming with holiday shoppers. The Christmas Log Cabin Tour welcomes groups into the area’s 19th century log homes when they are festooned with period-accurate decorations, while the Steele’s Country Christmas experience recalls Brown County winters of yore with cookies, cider and live music. For another culinary adventure into the past, register your group for a Victorian Candlelight Holiday Dinner, where guests dine in the light of oil lamps and are waited on by staff in authentic Victorian garb.

Each holiday season, the Soldiers and Sailors Monument in Indianapolis becomes a 284-foot-tall Christmas tree composed of nearly 5,000 lights and 52 strands of garland. Numerous Indy attractions offer holiday light shows throughout the season, including Newfields Winter lights. This dazzling outdoor display invites guests to sip on a hot cider and admire millions of music-coordinated LED lights on the Lilly House lawn. Combining holiday cheer with the city’s rich racing history, Lights at the Brickyard allows vehicles to drive the Indianapolis Motor Speedway’s two-mile loop and pass through an LED tunnel and admire the famous five-story pagoda illuminated by thousands of bulbs. For indoor Indianapolis holiday happenings, consider the Indiana Historical Society’s Festival of Trees, which showcases over 80 Christmas trees of various styles, and the Eiteljorg Museum’s Jingle Rails: The Great Western Adventure. Nine model trains wind through miniature Indianapolis landmarks like Lucas Oil Stadium before venturing west past Mt. Rushmore, the Grand Canyon and the Las Vegas Strip. 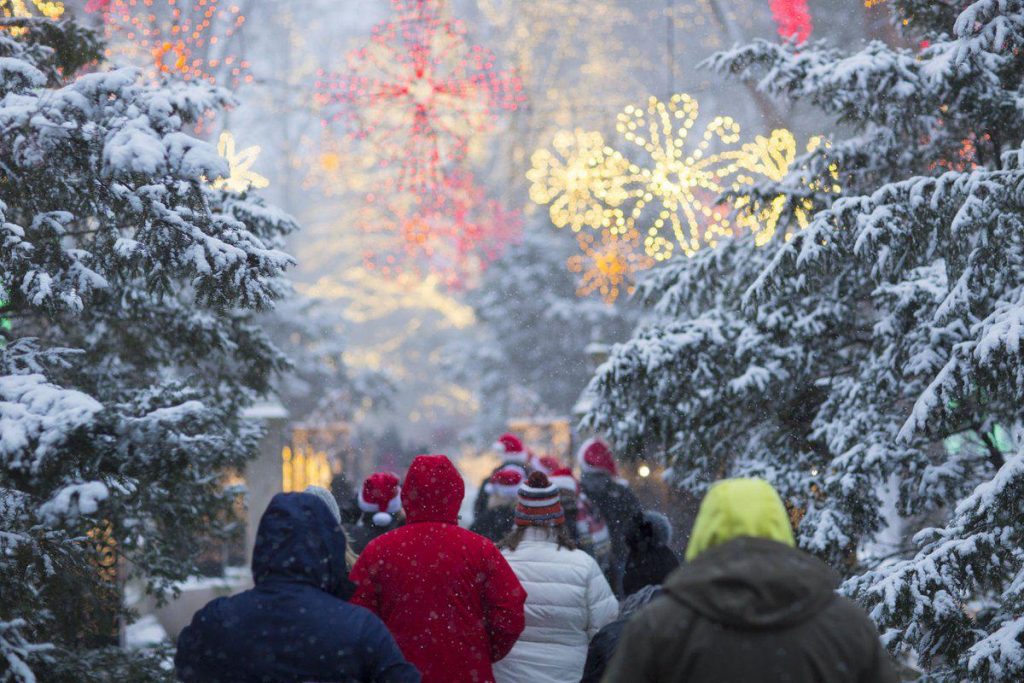 Groups can also venture north to Hamilton County, where Carmel’s Center Green is annually transformed into a Christkindlmarkt. Dozens of stalls selling seasonal confections and hot chocolate surround a temporary ice skating rink; holiday concerts are offered at the adjacent Palladium Center for the Performing Arts; and group seating is offered at many restaurants in the nearby Carmel City Center. Visitors can also climb aboard the Holiday Trolley to explore the Carmel Arts & Design District. A driver wearing a Santa hat will transport your party through Main Street and stop and admire the work of local artists.

Shipshewana, the heart of Indiana Amish Country, draws groups every year for its Indoor Flea Market. Hosted in the Farmstead Expo Barn until mid- December, the market is 15,000 square feet of one-stop holiday shopping. Groups can then complete the Gift of Lights Drive-Thru, a partnership between Shipshewana Trading Place and Blue Gate Hospitality that transforms Shipshewana RV Park into a mile-long burst of LED color that depicts biblical scenes and Santa’s workshop. Other Shipshewana holiday highlights include the Ship-Chic Craft & Vintage Show, where over 80 vendors sell Christmas-themed crafts, and the Shipshewana Ice Festival, which pits chainsaw-wielding teams against each to create the most elaborate ice sculptures. 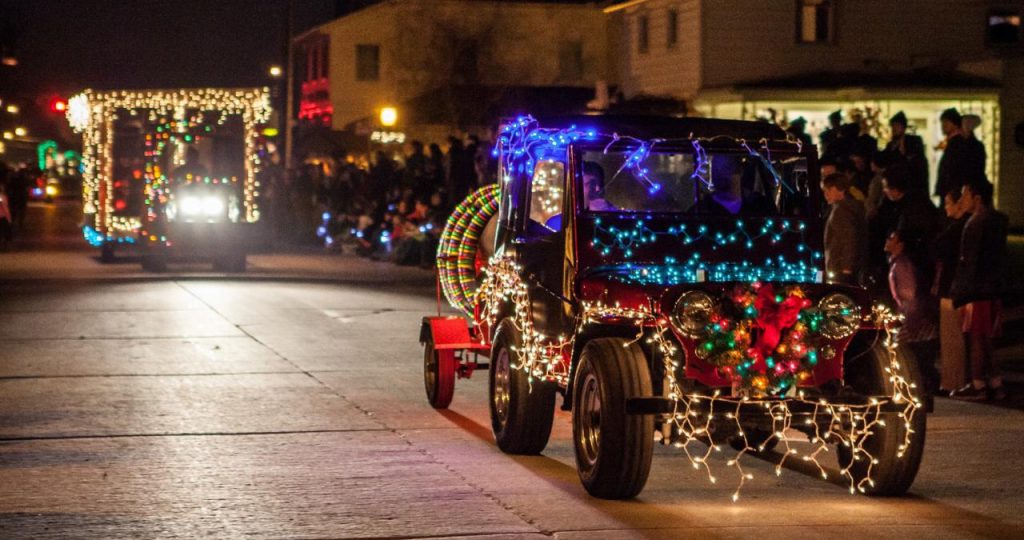 The stunning Greek Revival mansions and Federal-style buildings in the Madison Historic District are open year-round for group tours, but they become especially welcoming during the holiday season for the Nights Before Christmas Candlelight Tour of Homes.

Homeowners welcome visitors to their decorated historic homes to admire the preserved styles of past eras, and local historians will lead groups through festively decorated landmarks such as the Masonic Schofield House and Lanier Mansion. Various hospitality sites offer hot drinks and cookies, and visitors are invited to join the caroling when tours pass through local churches.

Old Fort Wayne, a recreation of a stockade that played a pivotal role in the War of 1812, hosts the annual Joyeux Noel and Bonne Annee (Christmas and New Year’s) celebration in a city flush with history. Groups can hop on the Holiday Trolley that departs from downtown Fort Wayne and explore a fort populated by historic reenactors glad to explain holiday traditions of French-American Hoosiers. Crackling fires heat fresh tarte aux pommes (apple pie) and “habitants” will explain the tradition of buche de noel, a frosted yule log cake still prepared in modern France. Return downtown to the Fort Wayne History Center, host of the annual Festival of Gingerbread. Schoolchildren and professional chefs alike present over 100 edible creations that take the shape of traditional gingerbread houses, cars and musical instruments.

While Parke County receives most of its group traffic in the autumn due to its famous covered bridge festival, wintertime in western Indiana is equally beautiful. Enjoy the splendor of the county’s 31 covered bridges on a crisp December day and stop by the Covered Bridge Christmas Market, which sells the work of local artists. Rockville, the county seat, also hosts the Holiday Home Tour. This local architecture showcase welcomes groups into sumptuously decorated houses and enlightens visitors on the county’s pioneer history.