History Comes to Life in Jamestown and Yorktown 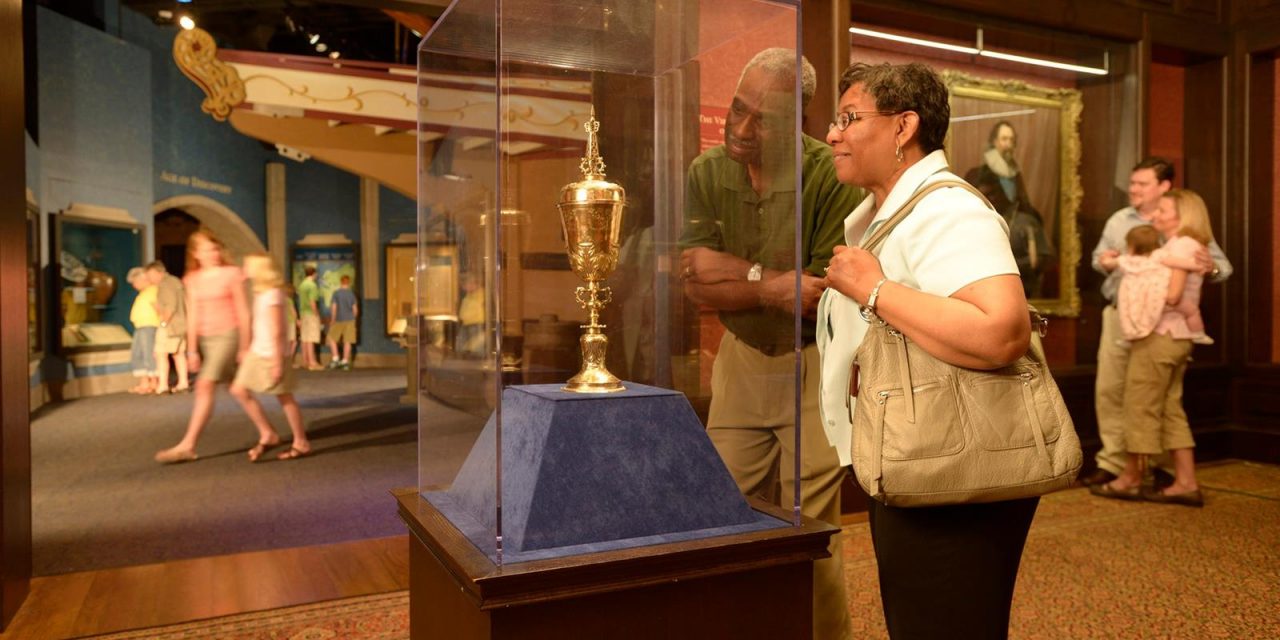 Those seeking to learn about an important period in American history can journey back in time at Jamestown Settlement and the American Revolution Museum at Yorktown – two living-history museums in Virginia that tell the story of our country’s beginnings.

Jamestown Settlement is a year-round locale where visitors can learn about the people and events of America’s first permanent English colony and the establishment of a new nation almost two centuries later. Located near the site of the original colony, Jamestown Settlement immerses visitors in the world of 17th-century Virginia, from the arrival of English colonists in Jamestown in 1607 to the cultural events that helped create a new country. 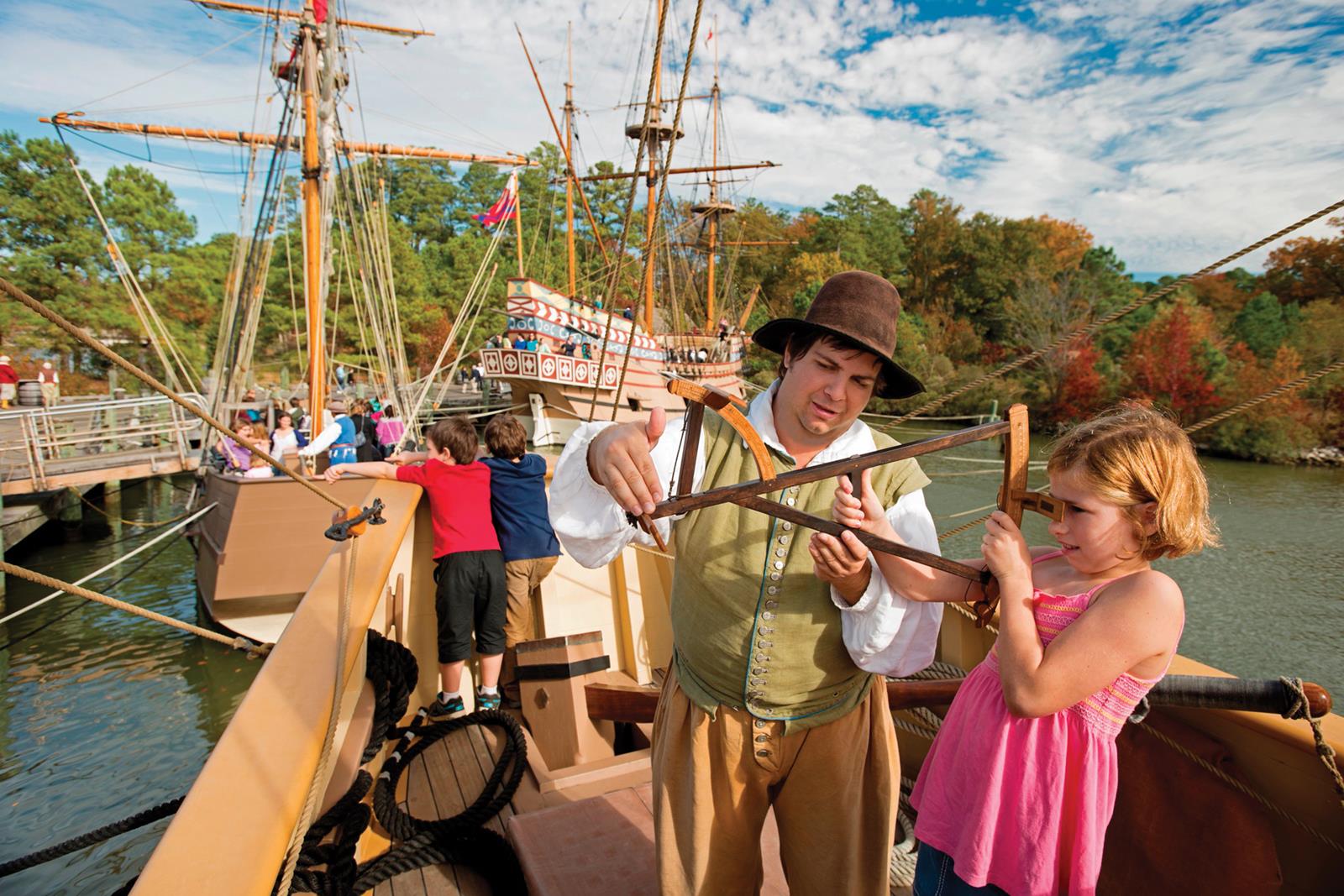 Guests can learn about life in the 17th century through films, expansive gallery exhibits and historical interpretations in re-created settings. Begin your visit by enjoying the dramatic film 1607: A Nation Takes Root, which traces the evolution of the Virginia Company that sponsored the Jamestown Colony, examines the relationship between the English colonists and the Powhatan Indians and chronicles the arrival of the first recorded Africans in 1619. 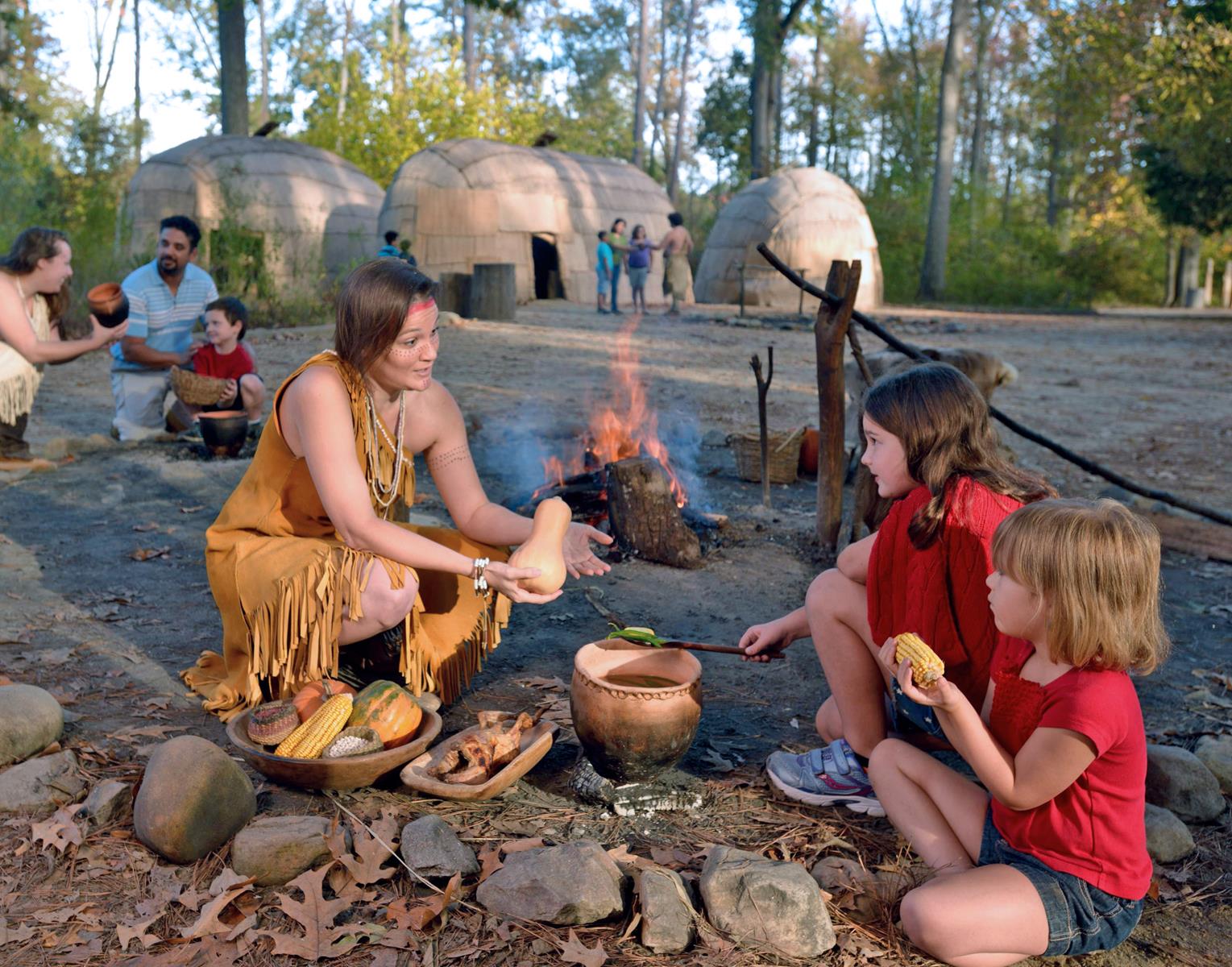 In the Powhatan Indian Village, visitors can explore life-sized re-creations of the colonists’ fort while also learning about the world of Pocahontas, daughter of Powhatan, the leader of 30-some Algonquian-speaking tribes in coastal Virginia. Sightseers can also board and explore a re-creation of two of the three settlement ships (the Susan Constant and Godspeed ships) that sailed from England to Virginia in 1607. On those ships, they can learn about the colonists’ grueling four-and-a-half-month voyage from England and take part in periodic demonstrations of 17th century piloting and navigation. 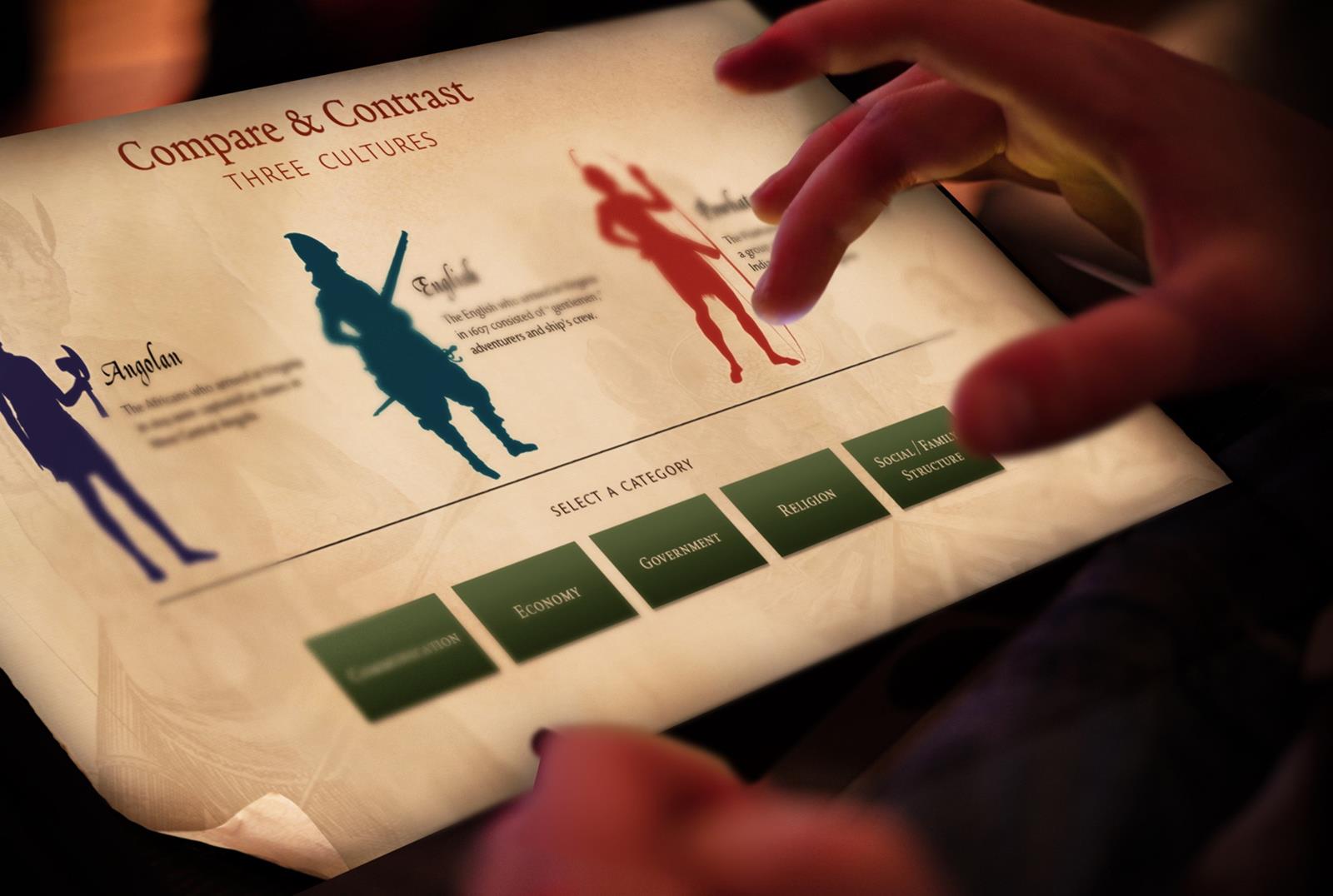 In the settlement’s outdoor areas, costumed historical interpreters describe and demonstrate daily life in early 17th-century Jamestown in an educational and entertaining fashion. Jamestown Settlement is open year-round from 9 a.m. to 5 p.m. daily (and until 6 p.m. June 15 to August 15), except Christmas Day and New Year’s Day.

The American Revolution Museum at Yorktown opened in 2017 and tells the story of the nation’s founding, from the colonial period to the dawn of the Constitution and beyond. The museum, through comprehensive indoor exhibits and outdoor living history, offers a national perspective, conveying a sense of the transformational nature and epic scale of the Revolution and the richness and complexity of the country’s Revolutionary heritage. 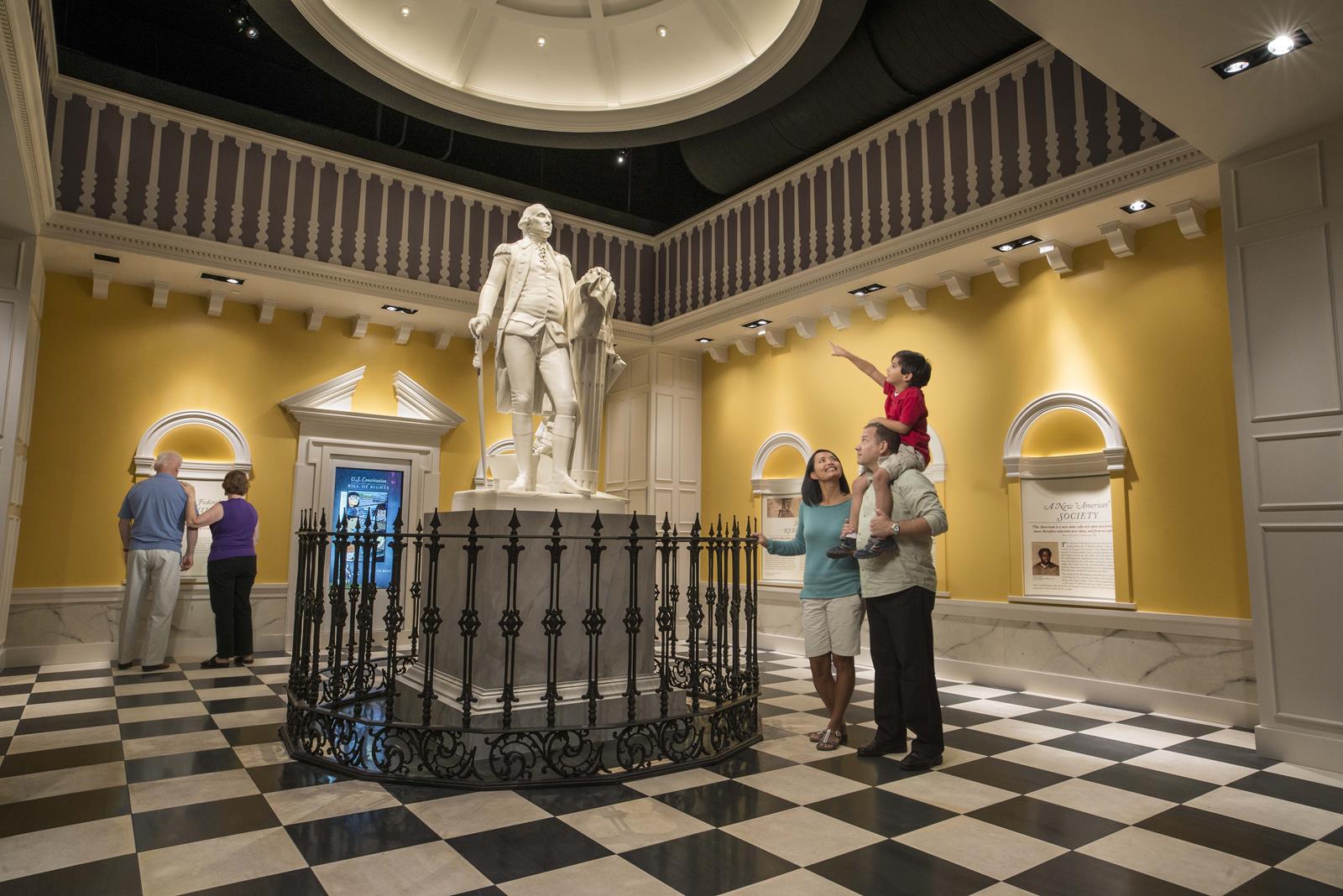 The 22,000-square-foot permanent exhibition galleries engage visitors in the tumult, drama and promise of the Revolution through period artifacts and immersive environments, dioramas, interactive exhibits and short films, including an experiential theater that transports visitors to the Siege of Yorktown with wind, smoke and the thunder of cannon fire.

In the 170-seat museum theater, the movie Liberty Fever draws visitors into the world of Revolutionary America, setting the stage for indoor gallery and outdoor living-history experiences. The introductory film is narrated by an early 19th-century storyteller who has traveled the country gathering stories about the American Revolution and shares his accounts using a moving panorama presentation of the time period. Guests can hear the nation’s story including the surrender of English forces signaling the end of the American War of Independence. Exciting galleries, interactive and hands-on exhibits, and dynamic films and outdoor living history areas will enthrall groups. 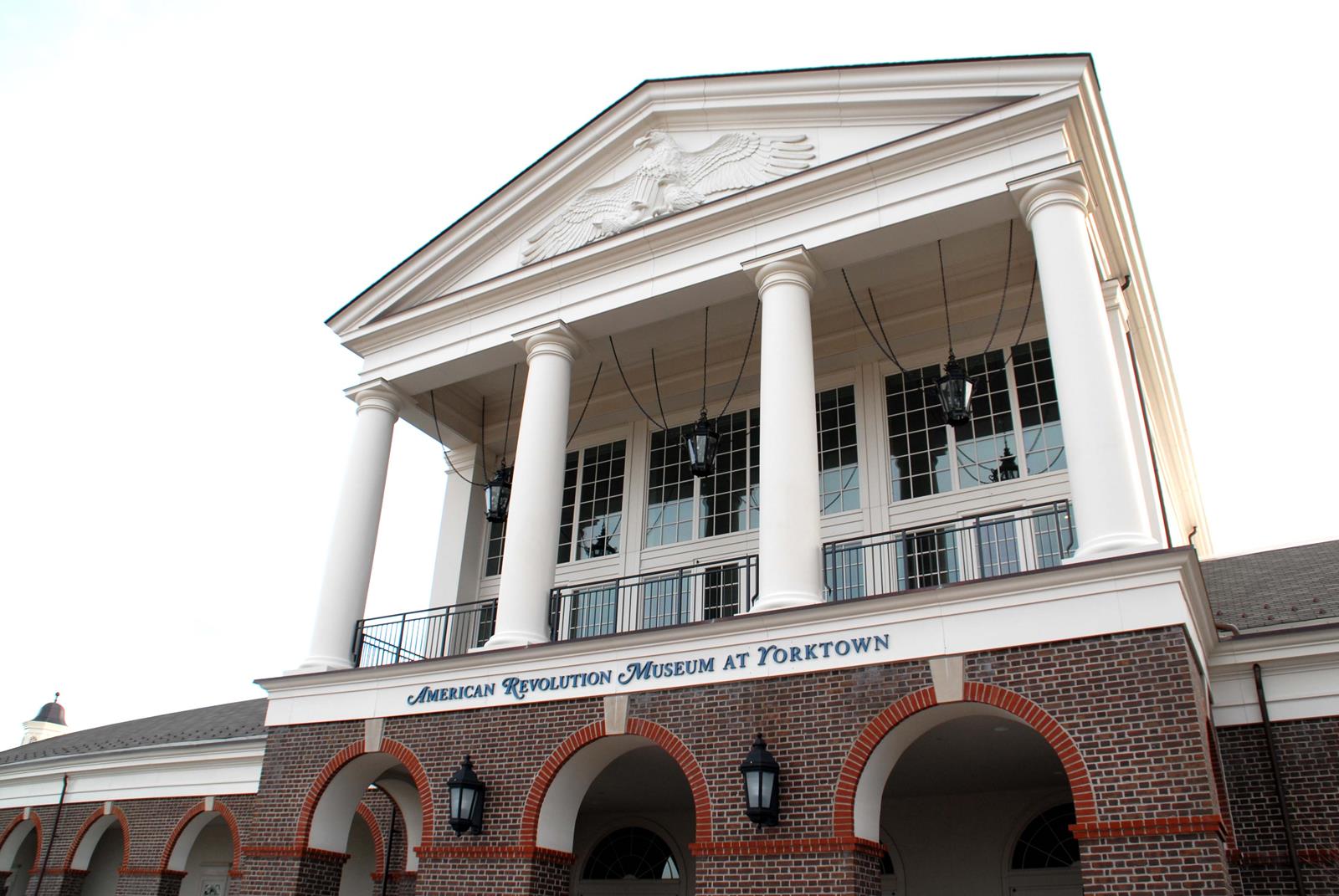 The living-history Continental Army is a re-created encampment where visitors can learn about the life of a soldier and take in daily demonstrations on medical treatment, camp life and cooking. You can also see the firings of a musket and artillery. Another re-creation is a Revolution-era farm, which is based on a real-life 18th-century family.

The encampment, which represents a portion of an America regiment and includes tents for soldiers and officers as well as a surgeon’s and quartermaster’s quarters, includes a drill field and an artillery demonstration area with tiered seating that from the outside looks like a redoubt.