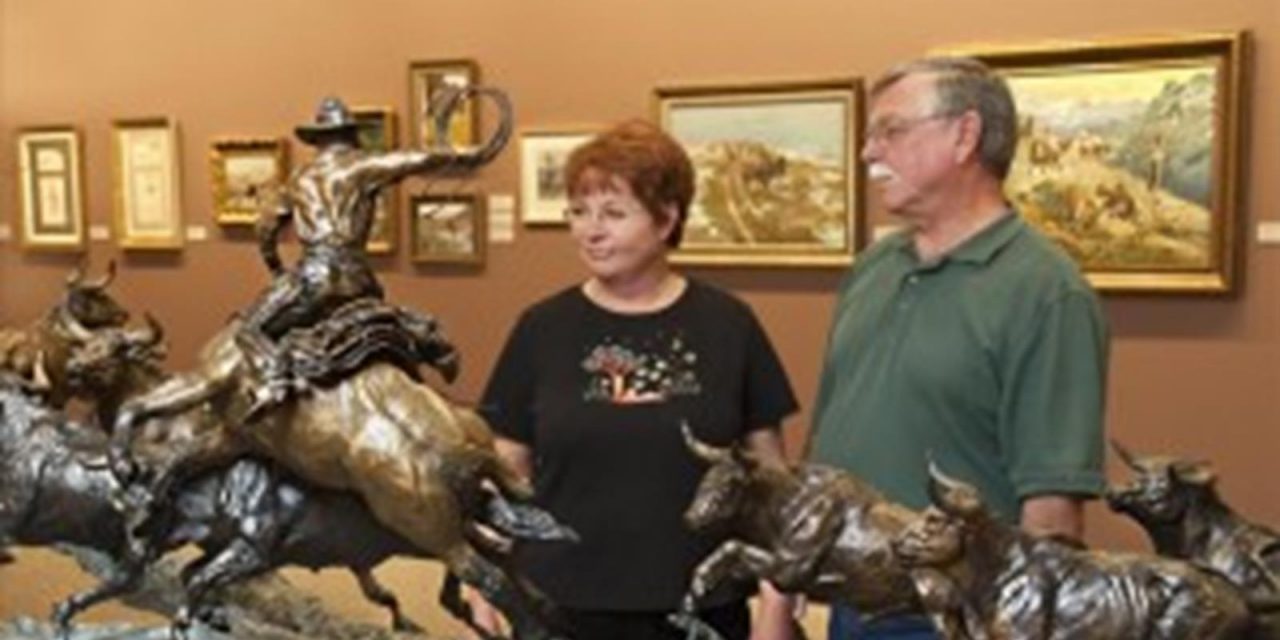 In 1805 Meriwether Lewis and William Clark encountered the Great Falls of the Missouri River on their epic expedition to find a northwest passage from the Atlantic to the Pacific. The series of five thundering waterfalls covering almost 20 miles proved a daunting obstacle to the explorers and continues to define much of the area that is now one of Montana’s largest cities.

A tour of Great Falls likely will include visiting an overlook at one of the five dams that harness the cascades into hydroelectric power, including Ryan Dam, where the actual “great falls” of the Missouri is located. The spectacle is most impressive in spring, when the roaring falls run full.

The centerpiece of the Lewis and Clark National Historic Trail Interpretive Center, built into a bluff above the Missouri, is a dramatic two-story diorama of the portage of the river’s five great falls. Exhibits on the Lewis & Clark Expedition also feature Plains and Northwest Indians who aided the explorers and the plants and animals they discovered. Ranger programs, introductory videos and interpretive trails round out the experience. Operated by the U.S. Forest Service, the center focuses on the Montana portion of the journey.

The nationally renowned C.M. Russell Museum Complex, another top attraction, honors one of Montana’s favorite sons, the famous cowboy artist Charles M. Russell. Any tour of Great Falls should devote some time to the galleries showcasing the watercolors, oil paintings and sculptures that capture his romantic visions of a vanishing era in the Old West.

Charlie Russell (1864-1926) originally came west as a teenager with a thirst for adventure and a longing to escape city life in St. Louis. He ended up being a cattle wrangler for 11 years and at the same time made sketches of camp activities and Montana’s scenic grandeur, later becoming a full-time artist who caught the attention of art circles on the East Coast and in Europe. Works also reflect his respect for the Northern Plains Indians, which he spent much of his life studying. Buffalo, wolves, elk and other wildlife provided more subject matter. Besides viewing the world’s largest collection of Russell’s works, visitors can see paintings by other Western artists and admire memorabilia in the adjacent Russell home (built in 1900) and log cabin studio (built in 1903 of red cedar telephone poles).

The art scene today is alive and well as many artists and artisans call Great Falls home. The festive First Friday Art Walk, held the first Friday of every month, features galleries and other stores that stay open late. Many galleries offer complimentary wine and hors d’oeuvres.

Other museums include The History Museum, with a focus on Central Montana, and Montana Museum of Railroad History. The latter has operating scale-model trains, historic railroad artifacts and a full-size Burlington Northern Railway caboose. Malmstrom Air Force Base Museum and Air Park, just inside the entrance to the base, spotlights the history of the base (established during World War II) and displays a variety of aircraft outdoors.

Another stop on the Great Falls tour circuit is Giant Springs Heritage State Park, which claims one of the world’s largest natural freshwater springs. Learn about fish-raising at the park’s hatchery for rainbow trout and salmon. The park is also a prime picnicking, bird-watching, hiking and fishing spot.

The Great Falls Historic Trolley provides a two-hour overview of the city. Highlights include several Lewis & Clark sites, historic districts and four of the five waterfalls. A one-hour tour is also available.

For entertainment options year round, there’s the Mansfield Center for the Performing Arts located in the Civic Center downtown. The intimate venue hosts plays, concerts and other shows and is home to the 75-member Great Falls Symphony Orchestra. The Montana Actors’ Theater, a regional theater with chapters in several other cities, produces a variety of plays, from cutting-edge works to the classics, at Max/Center Stage Theatre.

Great Falls is within easy driving distance of two of America’s most famous national parks—Yellowstone (3½ hours away) and Glacier (2½ hours). Groups can also encounter Native American culture in this part of Montana. Blackfeet and Rocky Boy’s Indian reservations are within two hours of Great Falls.

For touring Montana, Great Falls makes a great base of operations.