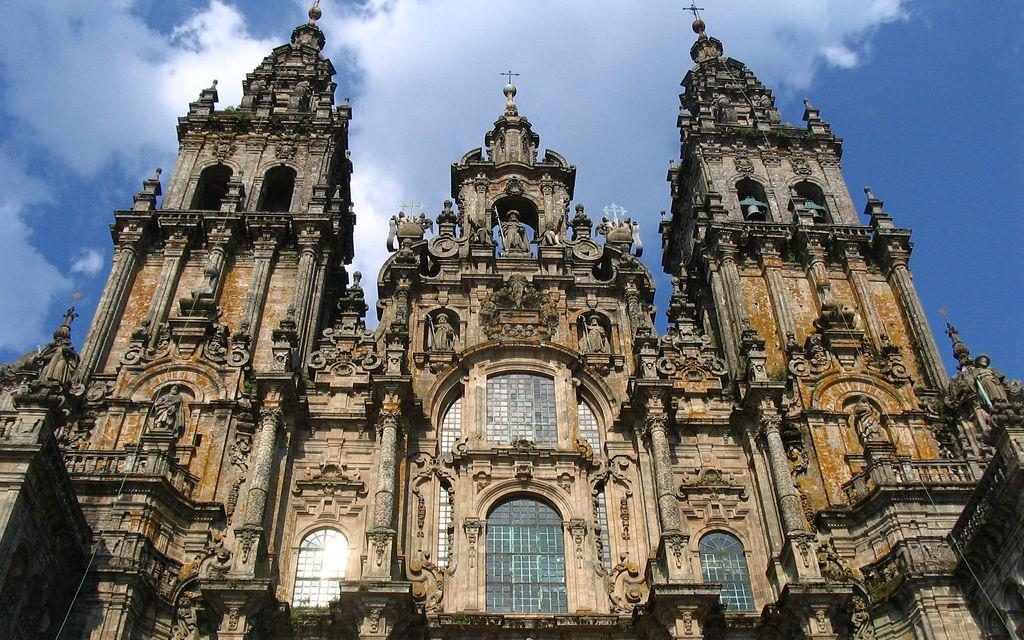 Tourists flock to European cathedrals for their religious importance, celebrated architecture or simply to experience some of the world’s oldest and best-preserved examples of humanity’s potential. The following list highlights 10 of Europe’s most impressive edifices: 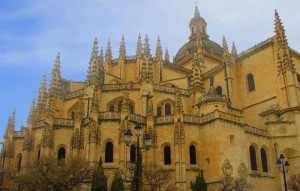 Originally a mosque built between 1172 and 1196, Seville Cathedral retained Moorish elements even after Christian conquest in 1248. The mosque was leveled in 1402 and replaced by a massive Gothic cathedral, with only the Moorish Giralda and entrance court remaining. Its total area of 37,795 square feet makes it the world’s third largest cathedral. The interior houses Christopher Columbus’ tomb and consists of five naves lavishly decorated in gold. The Giralda, the minaret that serves as the bell tower’s base, provides impressive views of the cathedral’s many buttresses and gargoyles, as well as the Seville skyline.

Construction of the Milan Cathedral (Duomo) began in 1386 and continued for almost six centuries. Part of its magnificence results from this prolonged construction, which integrated Gothic, Neo-Gothic, Baroque and Neo-Classical styles. While the vast interior is an artistic masterpiece, it is the exterior that distinguishes the cathedral as the most important Gothic structure in Italy. A dazzling façade punctuated by five bronze doors draws the eye, which roves upward into a forest of marble spires and pinnacles. Ascend the 200 steps to examine the roof’s spires, and on a clear day look north for a glimpse of the Alps.

In 1163 the first stone of iconic Notre-Dame Basilica was laid in the heart of Paris, on Île de la Cité. A 7,800-pipe organ looms below one of three shimmering rose stained-glass windows, which, at 43 feet in diameter, are some of Europe’s largest. The treasury displays relics such as a piece of the Cross and the Holy Crown of Thorns. Notre-Dame was one of the first buildings to use flying buttresses, which arch away from the walls and support the nave’s vaulted ceiling. The exterior architecture and panoramic views of Paris are visible from the roof of the west facade. 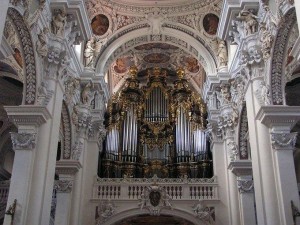 A fire destroyed the original St. Stephen’s Cathedral (Stephansdom), making way for the 14th century Gothic cathedral that stands today, although the signature diamond-patterned roof was not added until 1952. Explore a maze of catacombs containing remains of former Habsburg rulers and over 11,000 others. Views from a 446-foot Gothic spire allow for a true appreciation of downtown Vienna as well as the roof’s 500,000 tiles. 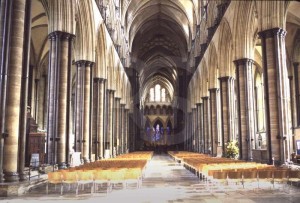 Built between 1220 and 1258, Salisbury Cathedral achieved an architectural unity rare in England. The cathedral’s defining characteristic is its spire; stretching 404 feet into the sky, it is the largest in the United Kingdom. The interior features Europe’s oldest working clock (1386), which is displayed in the north nave, and the best preserved of four original copies of the Magna Carta in the Chapter House. An English Gothic cloister frames a courtyard where two giant cedar trees planted in 1837 still thrive. 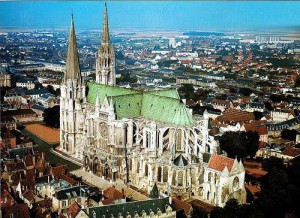 Chartres Cathedral has loomed over the hillside town of Chartres since before 1194, when an earlier Romanesque cathedral was devastated by a fire. The Romanesque western façade, towers and crypt survived the fire and were integrated into the new Gothic design. Chartres Cathedral is renowned for its stained-glass windows; dating from as early as 1140 and still in excellent condition, they are some of the oldest and most extensive in Europe. Over 170 windows, covering an area of 21,000 square feet, colorfully depict everything from biblical stories to scenes of everyday medieval life. Three tiers of flying buttresses anchor the nave, allowing for stretches of wall to be decorated with stained-glass. 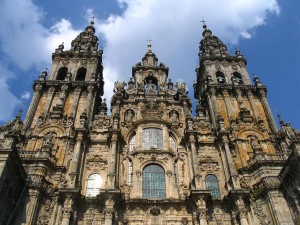 Built on the site of St. James’ tomb, Santiago de Compostela Cathedral has been a pilgrimage spot for almost a thousand years. Construction of the Romanesque cathedral began in 1060 and concluded in 1211. In the coming centuries elements of Baroque architecture were added to the exterior, but the interior was barely altered. Relics of St. James are preserved in the crypt under the high altar, which sits at the front of a cruciform-shaped nave. The Baroque facade is flanked by bell towers and divided by a massive 800-year-old, carved door known as the Doorway of Glory. 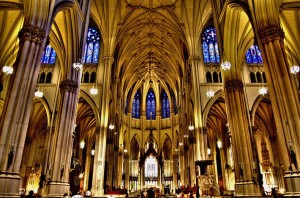 St. Patrick’s Cathedral, the largest in Ireland, was built between 1191 and 1270 on the site of the holy well where St. Patrick baptized converts. Originally constructed in an early English Gothic style, the Protestant cathedral fell into disrepair, necessitating a major restoration and reconstruction in the 1870s. The interior is simple yet satisfying; unadorned arches springing from clustered columns rib the ceiling, and various statues commemorate the remains of important figures, such as Jonathan Swift, author of Gulliver’s Travels and dean of the cathedral. See the medieval banners festooning the choir, and admire Ireland’s largest and most exquisite organ. A 140-foot spire towers over the slanted roofs and thick stone walls of the building. 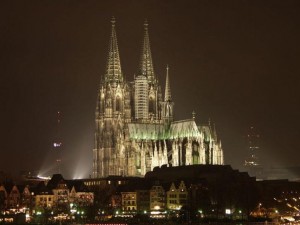 In 1248 construction began on Cologne Cathedral, which was intended to house relics of the Magi. Despite six centuries of construction, the cathedral retains a unified Gothic style. The largest reliquary in the Western world holds the relics, which have been in Cologne since the 12th century and have established the city, as well as the cathedral, as a pilgrimage destination. Flying buttresses support high vaulted ceilings that arch over the five-aisled basilica. Cologne Cathedral boasts the largest church facade in the world; two spires reach towards the heavens and offer unmatched views of the region. 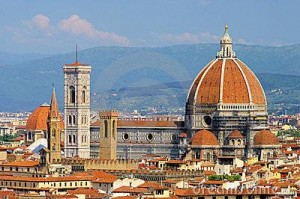 The Florence Cathedral (Duomo), built between 1294 and 1436, is one of the largest cathedrals in the world. Sculptures, statues and paintings are scattered across the vast, open interior, which is adorned with stained-glass windows by notable Italian artists such as Donatello. A festive green, red and white marble facade was added in the late 1800s. The cathedral’s massive brick dome and 280-foot campanile dominate the Florence skyline. Climb to the top of the dome to experience its architectural splendor as well as the sweeping sights of Florence.