Gatlinburg’s Beverage and Dining Spirited Side 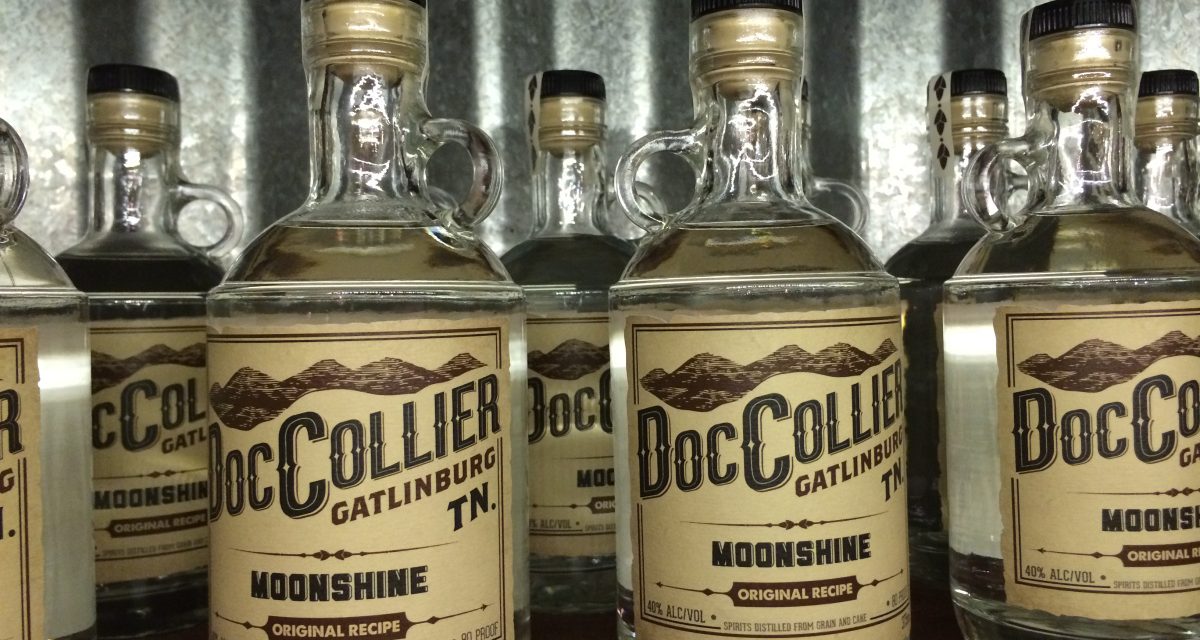 Gatlinburg’s adult beverage and dining scene has a variety of one-of-a-kind spirits, brews and vintages to offer the over-21 travel group.

Gatlinburg, the city on the eastern edge of the state of Tennessee, is familiar to many travel planners. Since its transition from rural town to tourism hub in the 1930s – which coincided with the inauguration of Great Smoky Mountains National Park in 1934 – people have been finding reasons to visit this hospitable town. If it’s not the scenery, it’s the skiing; if it’s not the months-long WinterFest celebration, it’s the whitewater rafting.  Clearly, Gatlinburg has something for everyone.

This is true for all types of travelers, from a handful of visiting college grads to large, multi-generational families. There’s enough family-friendly and kid-centered entertainment to keep young visitors happy. On the flip side of that coin, there’s also plenty to keep adults’ attention throughout their stay.  And one of these things is undoubtedly the selection of adult beverages – most notably whiskey, wine and moonshine (don’t worry, it’s the legal kind).

A Connoisseur’s Route through Gatlinburg

Tennessee does have its own wine trails and whiskey trails. In the Gatlinburg area alone, there are eight sellers, wineries, breweries and distilleries – a sort of mini-trail. These include the most visited distillery in the United States and the oldest producer of wine in eastern Tennessee.

Many groups enjoy traveling through this region because of the area’s famed Southern hospitality.  Guests and reviewers often comment on how helpful and friendly the staff are in the venues we are discussing in this article. So if your group has questions about the wine- or whiskey-making process, there’s a good chance that they’ll be able to talk with the crafters themselves.  If not, knowledgeable staff members should be happy to answer their questions.

With that being said, let’s get started!

Wine, Whiskey and Beer­ – And Maybe A Song, Too

It’s an old saying that diners eat first with their eyes and then with their palates. It’s not too much of a stretch to extend this to the exterior of a building, and apply it to drinkers as well.  With that in mind, two of the more striking purveyors of adult beverages in the Gatlinburg area are Smoky Mountain Winery and Smoky Mountain Brewery.  The winery, which is the oldest in eastern Tennessee, is housed in a building that calls to mind a Bavarian castle. Its 20+ varieties of wine have won multiple national, regional and international awards. And yes, there are free tastings.  The brewery is an eye-catching mixture of glass, timber and stone with lots and lots of windows. As part of the Copper Cellar Restaurant family, the brewery includes micro-brewed beer on its American-style menu. 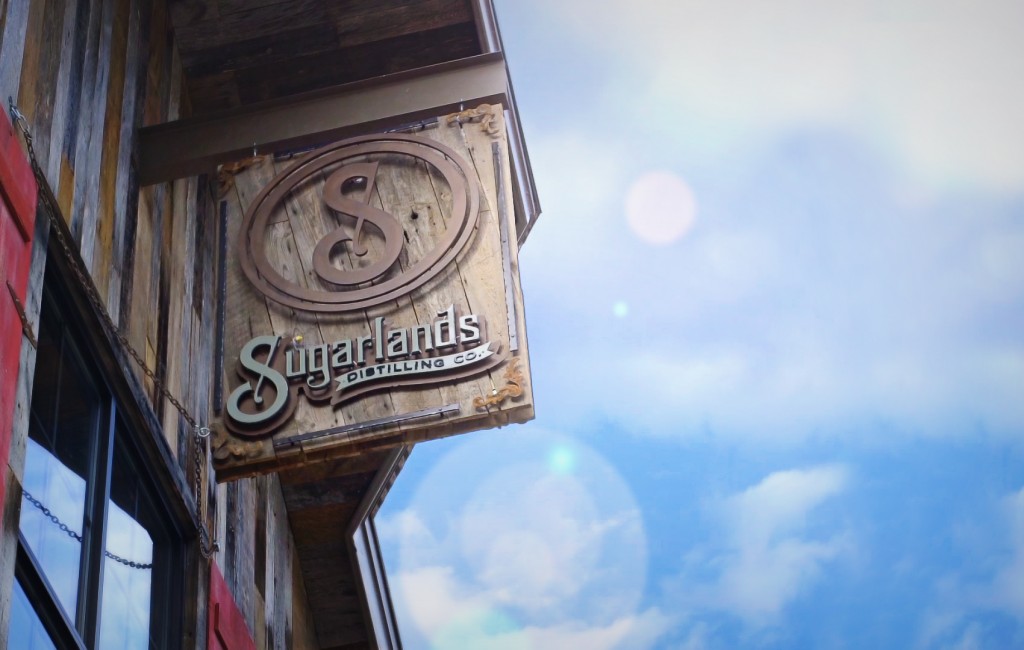 Sugarland Distilling Company is another eye-catching attraction.  It’s housed in a barn-style structure made from hyper-local reclaimed wood. The entryway is big enough to contain a 1928 Ford truck, and the back porch hosts live music and storytellers. The drinks are inspired by not bound to the past, with flavors like apple pie, butterscotch and lemonade sweet tea. 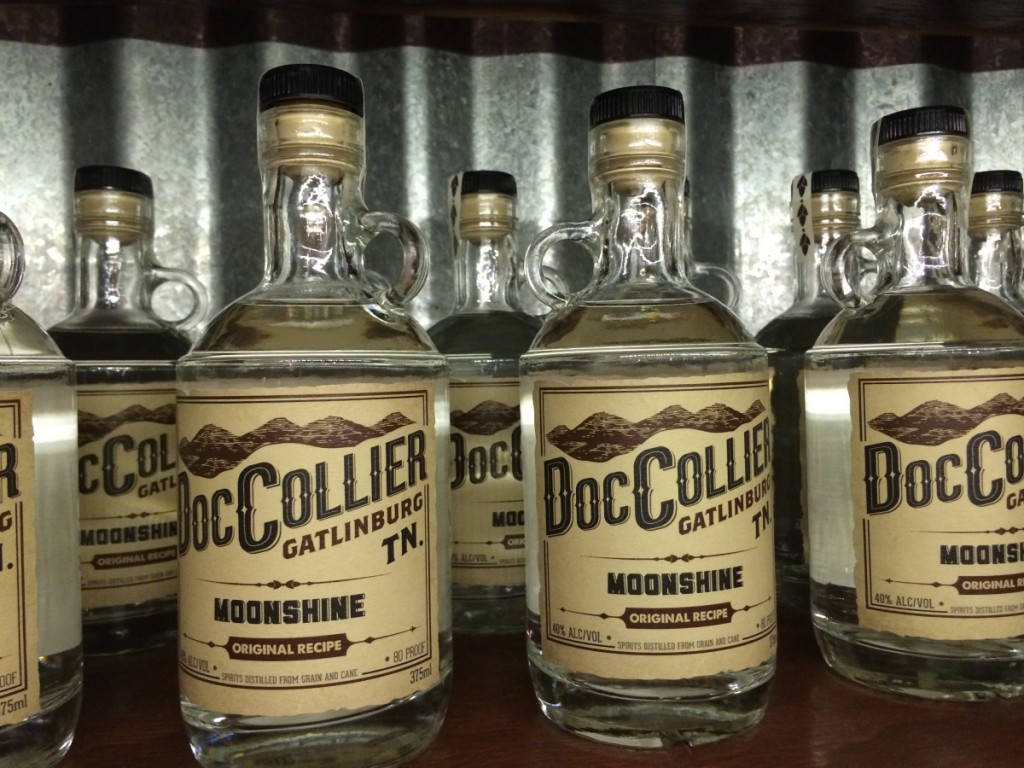 is housed in what looks like an old-time store.  Although the building isn’t ancient, the recipe for t corn whiskey is; it dates back to a century ago. And the titular Doc Collier was the great-great-grandfather of the distillery’s present day proprietor, making the business a family tradition.

Davy Crockett’s Tennessee Whiskey blends state legend and unofficial state beverage.  (Incidentally, according to Wikipedia, the state beverage Tennessee is milk.)  Free tastes of the carefully-crafted and sometimes flavored whiskey are available.  Located in downtown Gatlinburg, this is also a place where groups can actually see how their drink is produced. 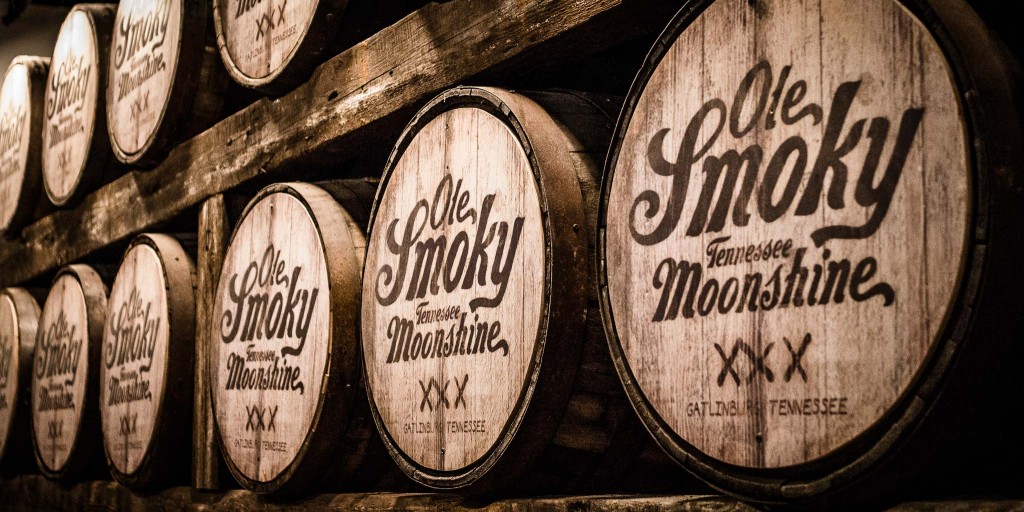 Finally, any enthusiast can’t leave Gatlinburg without visiting the Ole Smokey Distillery, the most-visited distillery in the United States and the first federally-licensed distillery in eastern Tennessee. Here you can talk with the distillers, see working stills, and generally understand the distilling process.

If wine is more your group’s style, Sugarland Cellars offers tours of the local wine-making area. It also gives guests the chance to learn about the entire vino-fashioning process, from picking the grapes to bottling the finished product and everything in between. Sugarland wines include dry reds and floral whites, as well as Muscadine blends, a 100% cherry wine, and a blend of blueberries and Concord grapes.

In the past, wine was more often made at home than many people realize. It was a good way to use and preserve abundant fruit harvests. Bootleggers Homemade Wine is the brainchild of two sisters who sought to keep to these time-honored recipes alive. They make small batches of wine as it used to be made in eastern Tennessee, with variations based on strawberries, blackberries, peaches, Muscadine and scuppernong grapes, as well as the more traditional red and white varietals.

So if your tour group is a bit thirsty, a bit curious or a bit of both, stopping at these Gatlinburg establishments will satisfy their thirst for knowledge – as well as for something a little stronger.

Have you booked group travel in the Gatlinburg area?  Tell us your story in the comments section below!