French History and Heritage Along the Mississippi River 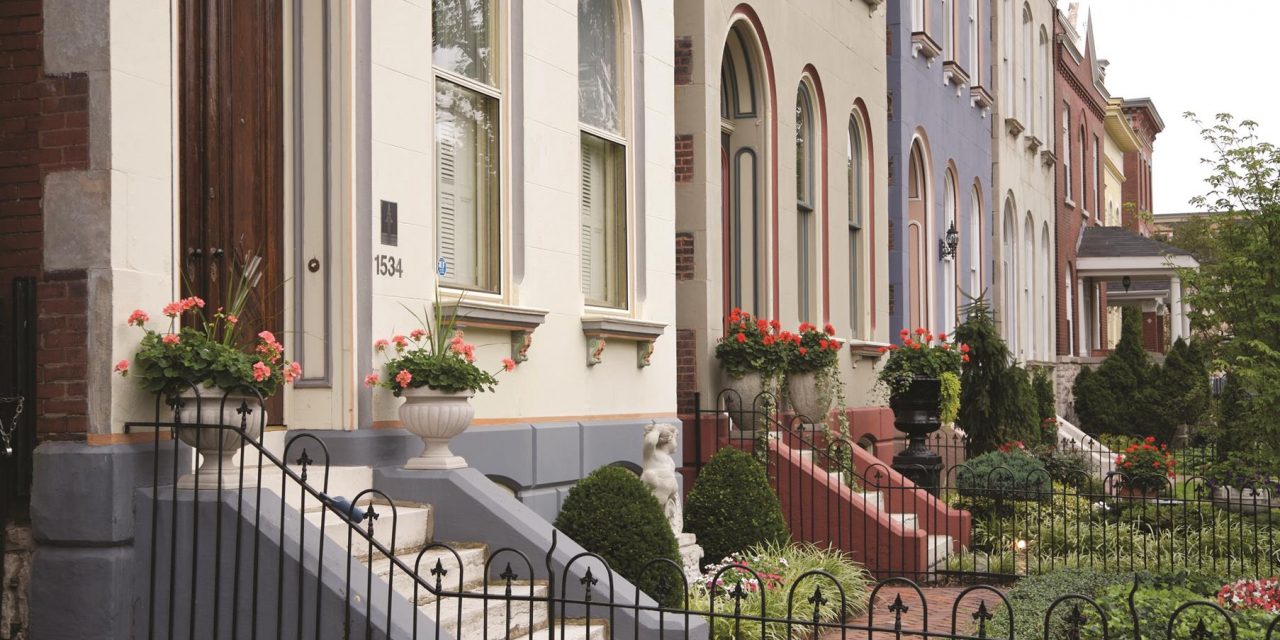 Missouri’s oldest town, Ste. Genevieve, was settled on the west bank of the Mississippi River in the early 1700s. In 1764, St. Louis was established and named after a sainted French King. More than 200 years ago, Cape Girardeau began its evolution from a tiny trading post. From the historic architecture and lovely gardens to art and festivals, there’s a rich French connection on the Missouri side of Old Man River. 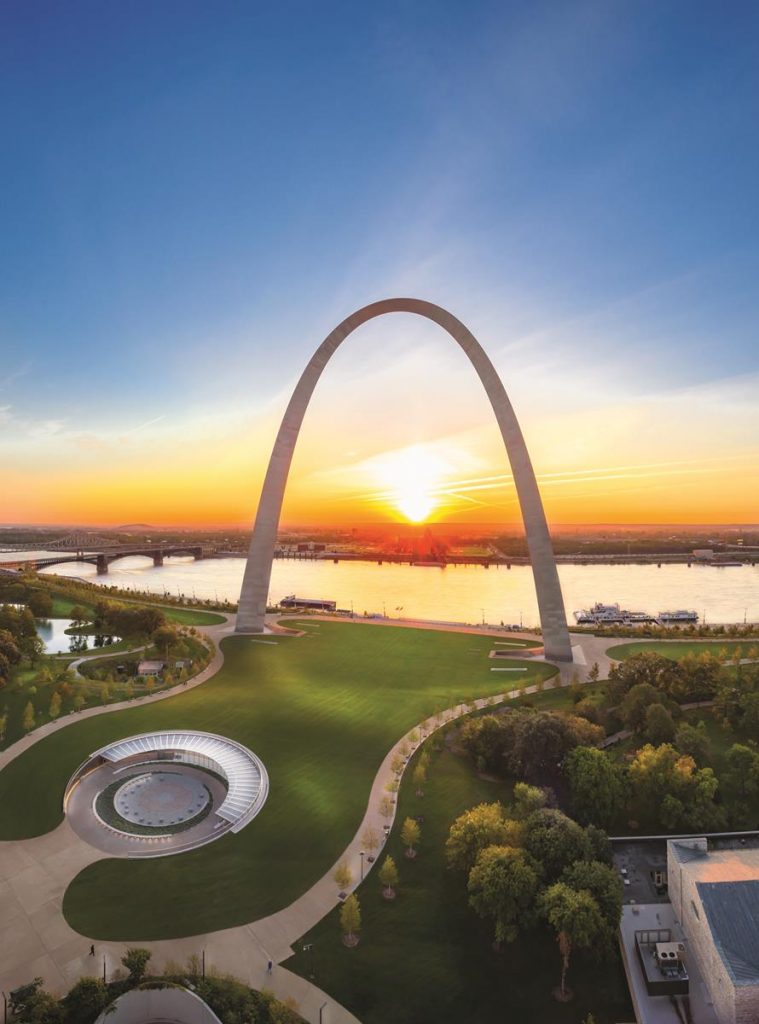 All trips to St. Louis should begin at Gateway Arch National Park. When built, the Arch was dedicated to Thomas Jefferson and westward expansion. The footprint includes the Old Courthouse and a group of extraordinary dioramas showcasing French Colonial architecture in early St. Louis. For a panoramic view of the city, take a tram ride to the top of the Arch. Be sure to call ahead to make reservations.

The Basilica of Saint Louis, King of France, or Old Cathedral as the locals call it, was built in 1764 on land reserved for Roman Catholic worship. A larger Log Church was built in 1776 and was the only church of any denomination until 1816. The fourth church to grace the site, and the one you can see today, was built in 1834 and was the first cathedral west of the Mississippi River. Much like Paris’ Musee Rodin, Citygarden is a downtown public sculpture garden. More than 20 sculptures are on display. A stunning plant palette includes 20 species of trees and 89 species of plants.

Named for Pierre Laclede, French founder of St. Louis, historic Laclede’s Landing was a warehouse district for steamboats and barges transporting trade goods. Today, the restored warehouses are an entertainment district with restaurants, bars and clubs. Enjoy dinner before checking into your group-friendly St. Louis accommodations.

Enjoy breakfast at your hotel before a drive-by of the 1893 St. Louis City Hall. The grand structure sports a style similar to the Paris Hotel de Ville. Look for St. Louis founder Pierre Laclede’s statue at the west entrance to City Hall.

Continue your driving tour with a visit to the Soulard Neighborhood, St. Louis’ oldest neighborhood. Brick row houses, blues clubs and corner taverns are the neighborhood’s signature. Operating Wednesday through Saturday, the Soulard Farmers Market is the oldest public market west of the Mississippi River. The neighborhood’s French heritage and lively vibe are on display during Mardi Gras celebrations.

Your morning windshield tour concludes at Lafayette Square. When Marquis de Lafayette visited St. Louis in 1836, the young contributor to the American Revolutionary War effort so impressed the locals, they named the city’s first designated park after him. The oldest public park west of the Mississippi River is surrounded by one of the country’s finest and largest grouping of Victorian-era architecture.

Your next stop is Cathedral Basilica of St. Louis, or New Cathedral. Plans for a new cathedral for the St. Louis Parish were underway as early as 1905 and, after numerous challenges, it was ready for consecration on June 29, 1926. Guided tours of the cathedral’s one-of-a-kind art, glorious architecture and rich history are available. 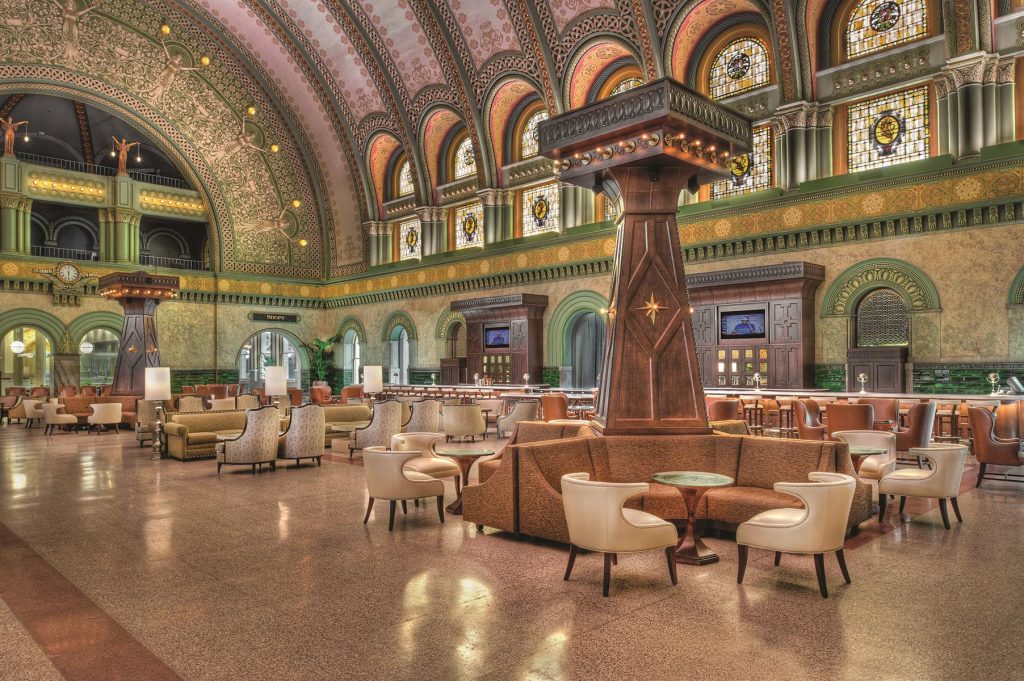 Tonight, it’s dinner and fun at St. Louis Union Station. Opened in 1894, the one-time world’s busiest station was modeled after the French fortress of Carcassonne. Enjoy dinner at one of six restaurants. Afterward, watch a panoramic light show on the huge ceiling in the Grand Hall.

After breakfast and checkout, begin today’s adventure with a visit to the Missouri History Museum. The museum’s permanent Currents Gallery displays the French fur trading past, culture and customs of the early settlers and the popular Parisian fashions of the time.

Welcoming visitors to the Saint Louis Art Museum is a sculpture of the city’s patron saint, Louis IX, titled “Apotheosis of St. Louis.” The museum offers an impressive collection of French Impressionism, furnishings and decorative arts.

Lunch is in the Central West End Neighborhood followed by free time for shopping at a variety of boutiques, antique shops and appropriately, Left Bank Books. After a busy morning, relax during the one-hour drive to historic, charming Ste. Genevieve. Begin your experience at The Centre for French Colonial Life, a campus of historic buildings preserving America’s French colonial heritage. Start your visit at the orientation, exhibits and education facility. Continue your tour at four historic homes, each with its own story to tell. Following your lodging check-in, head to Grapevine Grill at Chaumette Vineyards and Winery, one of the top winery restaurants in the nation, for dinner. Following a wine tasting, enjoy a meal prepared with locally sourced, fresh ingredients.

Check out of your lodging and begin the day at Beanik Café and Pastry, with baked-from-scratch pastries and individually brewed coffees. Then, get serious about shopping. Ste Genevieve’s charming downtown area is the place to be. From clothing, jewelry and antiques to art, wine and heirloom gifts, you’re certain to find exactly what you need. Naturally, there’s a shop to satisfy your sweet tooth.

Depart for Cape Girardeau with a stop at Trail of Tears State Park along the way. The visitor center tells the tale of one of America’s darkest chapters, the forced march of Native Americans to Oklahoma. Located on the Mississippi River, the park’s location is ideal for spotting migratory birds.

Arriving in Cape Girardeau, your first stop is the Red House Interpretive Center. Located on the site of Old St. Vincent’s Church, the Red House tells the story of the city’s founder, French-Canadian Louis Lorimier, and how the Old Cape Girardeau District started.

The town has a wide variety of accommodations and after check-in continue the French theme and enjoy dinner at Broussard’s Cajun Cuisine.

After breakfast at your hotel and check out, begin your day at Bollinger Mill State Historic Site. Standing on a site that represents 200 years of milling history, the present mill dates back to the Civil War. The Burfordville Covered Bridge sits alongside the mill and stretches across the Whitewater River. Returning to Cape Girardeau, stop at the Glenn House.

Listed on the National Register of Historic Places, the house features many original architectural details and has been fully restored to reflect successful life on the Mississippi River during the Victorian era.

After lunch, depart for home with some wonderful memories Union Station Grand Hall of Missouri and its French history.