It’s a warm summer’s night in Richmond, British Columbia. The night sky is pulsating with live music and filled with the scrumptious aromas of crispy barbequed duck and sizzling garlic pork. Shoulder-to-shoulder crowds of people stroll through the many rows of vendor stalls at a lively outdoor market that almost transports you to Hong Kong or Taipei if not for the spectacular views of the Coastal Mountains and Pacific Ocean.

Richmond is located next door to Vancouver and is home to the Vancouver International Airport (YVR) plus 25 affordable brand name hotels with over 5,000 guest rooms to choose from, including a full service independent hotel and casino resort property. The Canada Line rapid transit system connects Richmond to YVR in 10 minutes and to downtown Vancouver in only 25 minutes. By car, Richmond is just over two-hours from Whistler, three- hours from Seattle and only twenty minutes to the BC Ferries terminal in Tsawassen for the short and scenic ferry ride to Victoria.

Here are five things to add to your itinerary to give your travellers a taste of the Far East while visiting Canada’s West Coast:

1. Try the best Chinese food outside of China 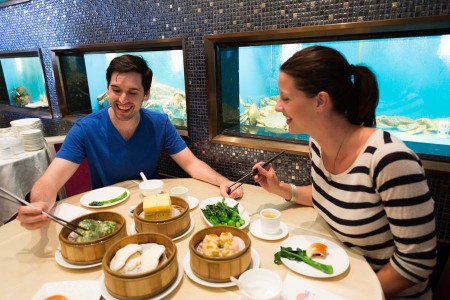 In Richmond, cuisine is king. Richmond boasts 800 restaurants, more than 400 of which are Asian. With a population that’s 65 percent Asian, and more residents of Chinese ancestry than any other Canadian metropolis, Richmond is internationally famous as an Asian foodie mecca and is renowned for having some of the best Chinese food outside of China. 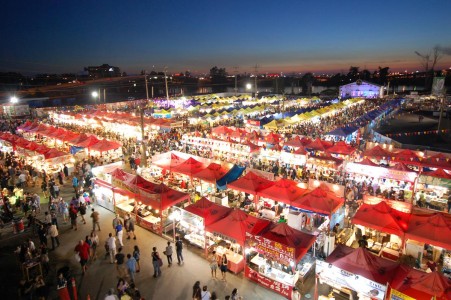 Richmond’s also home to two extravagant outdoor Asian Night Markets: the International Summer Night Market, declared one of the world’s top night markets by both BBC Travel and Travel+Leisure Magazine, and the massively popular Richmond Night Market, where weekend crowds of 20,000 people are drawn to the aromas of authentic Asian street foods like spicy noodles, fried wontons and barbecued squid. Lighthearted haggling is encouraged and expected at the two night markets’ combined 400+ retail stalls where you’ll find everything from cell phone accessories to bargain clothing and knockoff sunglasses. 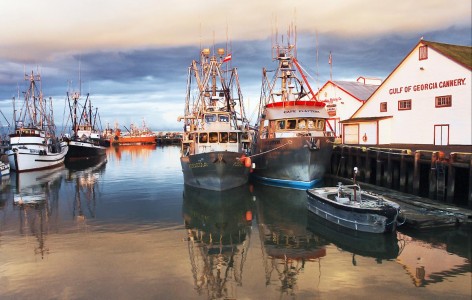 Tucked away in Richmond’s southwest corner is the seaside village of Steveston, a picturesque and active fishing village with shops, eateries, bike trails, whale watching excursions and two National Historic Sites. The popular Gulf of Georgia Cannery National Historic Site is one of the world’s only historically intact salmon canneries and welcomes group tours.  A short walk or bike ride away, the Britannia Heritage Shipyards are the oldest shipyard buildings in British Columbia, offering visitors a glimpse into the lives of the city’s first Asian immigrants.

Steveston’s also home to Canada’s largest active fishing fleet and a busy Fisherman’s Wharf where fresh fish and seafood is sold daily. Visitors can watch the action at Fisherman’s Wharf from one of the many restaurant patios on the wooden boardwalk while enjoying imaginative Pacific Northwest cuisine, including classic fish ‘n chips (you’ll find BC’s best here in Steveston!).

For a truly West Coast adventure, hop aboard a whale watching and wildlife boat tour excursion. Be sure to bring your camera as nothing quite compares to spotting a majestic Orca whale in its natural habitat. Largest of the dolphins and one of the world’s most powerful predators, Orca whales often come playfully right up to the boats as if playing peek-a-boo with the passengers. On the excursion, you’ll also have a chance to see Humpback whales, porpoises, sea lions, seals and Bald Eagles. 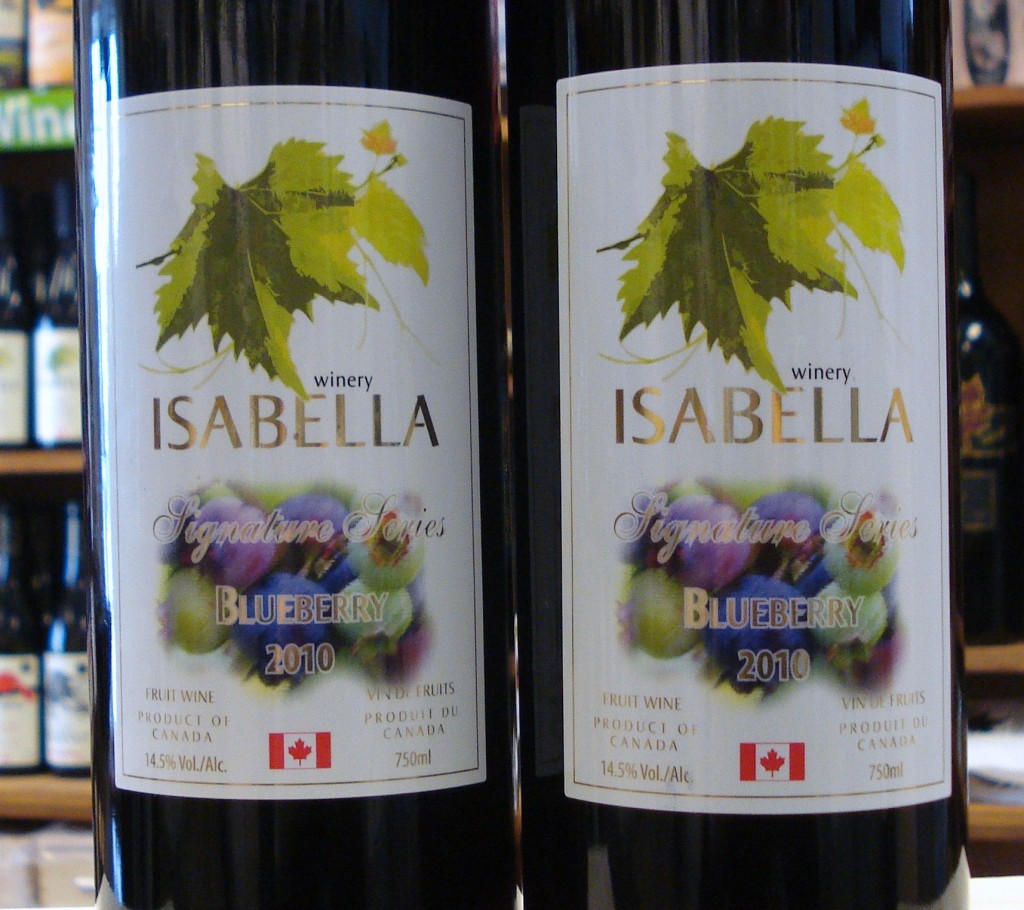 Richmond’s Lulu Island Winery is distinguished as the largest exporter of Ice Wines to China, and this famously sweet beverage is a must-try. The impressive new $7-million facility, sitting on 15 acres of rich alluvial soil, produces a number of fruit, dessert and Ice Wines through a combination of traditional Chinese wine making methods and modern Western technology and equipment. Daily tours (available in multiple languages) include free wine tasting and gift shop services. Also a must-try are the award-winning fruit wines – including those made from local Richmond cranberries and blueberries – at nearby Canada Berries Winery and Isabella Winery.  Both welcome groups for tours and complimentary tastings. 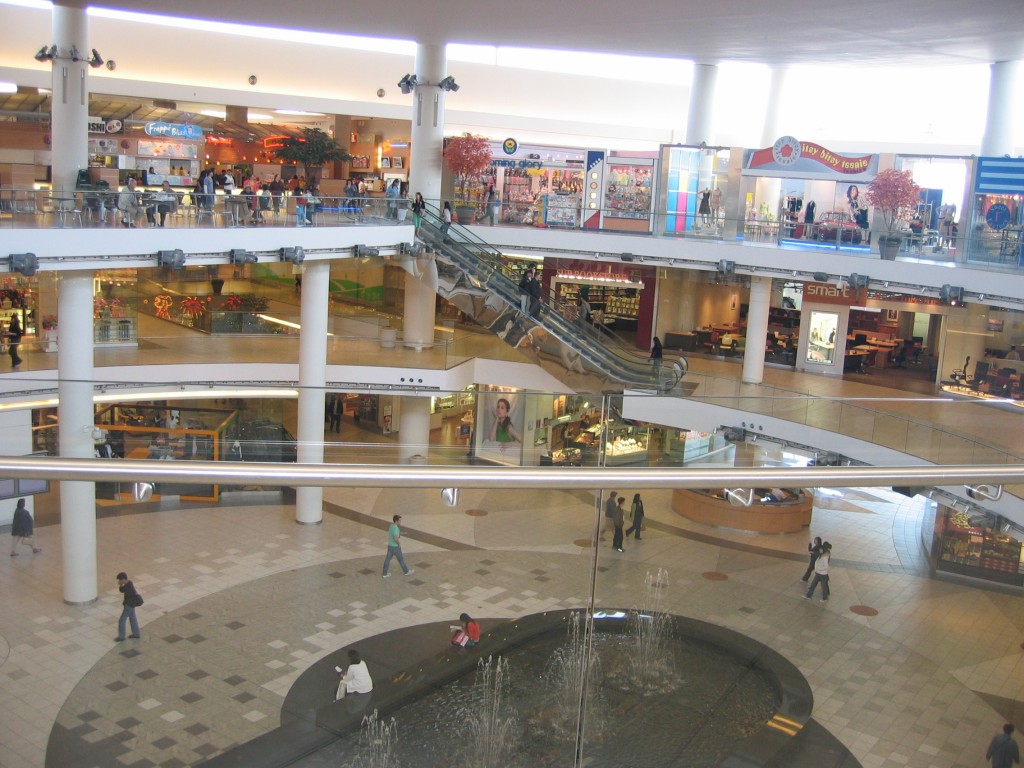 In the heart of Richmond’s Asian hub, the Golden Village, visitors can explore three large Asian-style malls – Aberdeen Centre, Parker Place and Yaohan Centre – where you’ll find a variety of shops, services, and the latest fashions from Tokyo and Taipei. A must-visit is Canada’s only Daiso store – the Japanese version of a supersized dollar store – with hundreds of items all for $2 or less. After shopping for uniquely Richmond souvenirs in the Golden Village, indulge yourself at the McArthurGlen Designer Outlet Centre. Scheduled to open spring 2015, BC’s first luxury mall will be an open-air village with pedestrian-only streets linking up high-end, designer stores like Gucci, Burberry, Prada, and Armani. 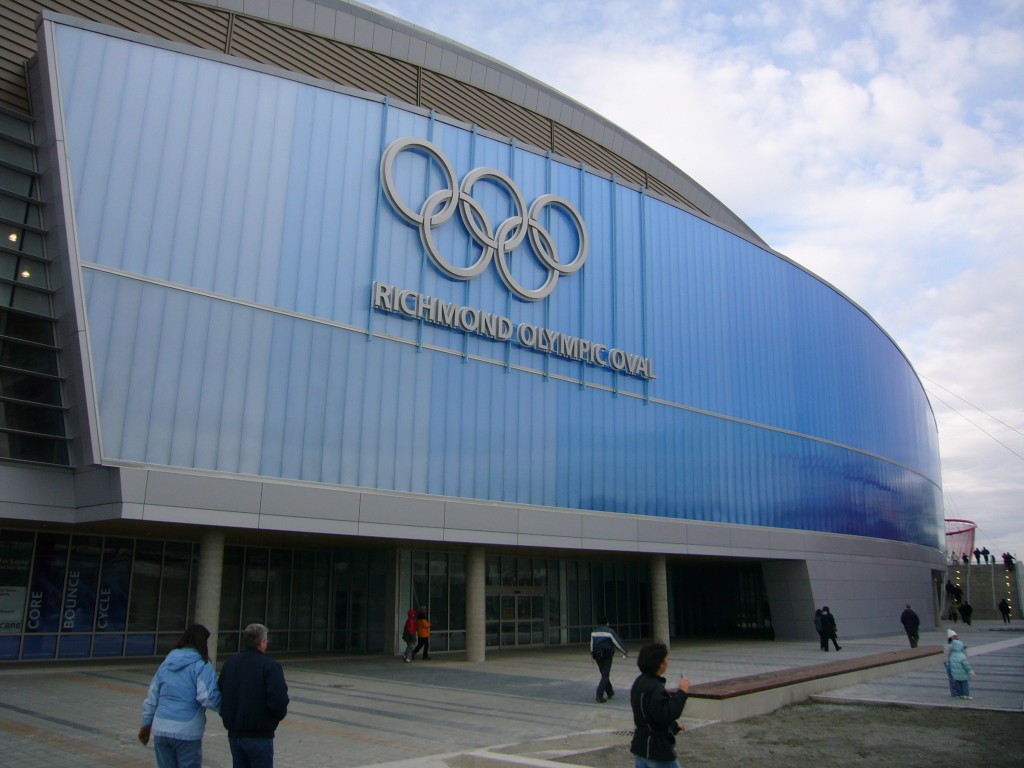 Of course, no visit to Richmond is complete without a visit to the Richmond Olympic Oval, the most iconic venue of the 2010 Olympic Winter Games. Open to everyone from elite athletes to group visitors, the venue continues to host world-class sporting events and is home to several centres of sporting excellence. Coming to the Oval in early 2015 is the $5.7 million Richmond Olympic Experience (ROX) museum, offering an inspiring, interactive journey celebrating the Olympic spirit and telling the story of sport in Richmond. It will be North America’s only member of the International Olympic Museums Network and will feature three floors of gallery space and include displays, interactive media, and hands-on sporting simulations.

Add Richmond to your itinerary and discover the Far East adventures awaiting your clients in one of Canada’s most desired West Coast cities.