Filmed in Texas: From Home Makeovers to Battleships 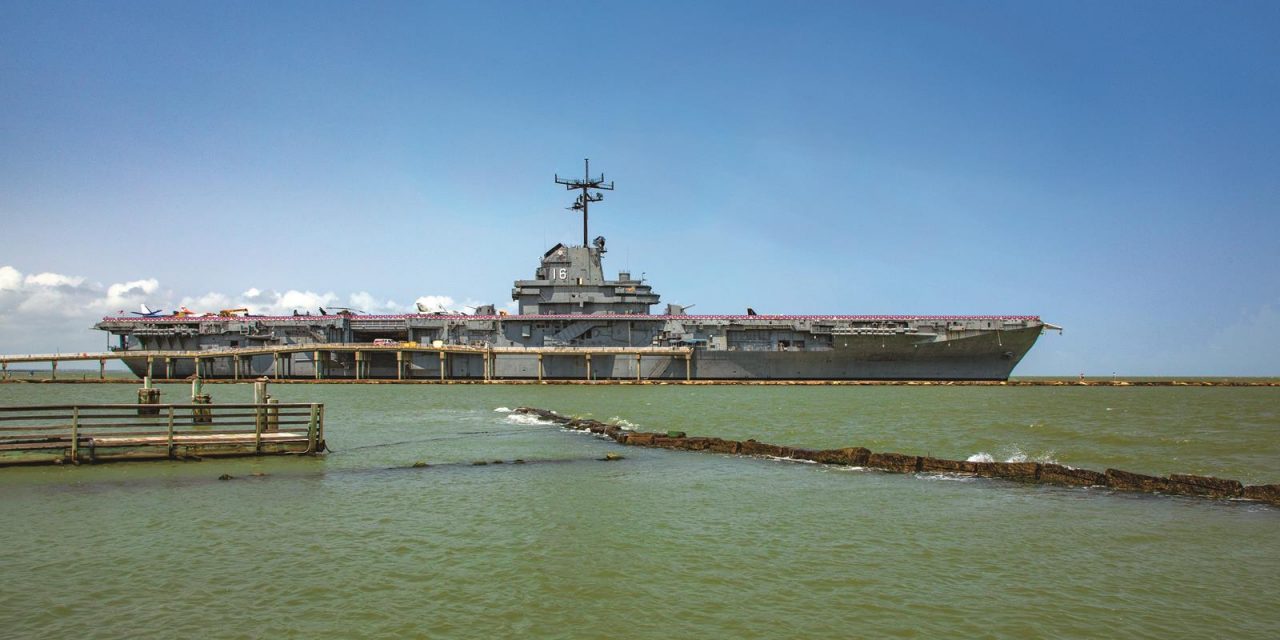 When touring Texas, there’s a good chance that what you’re seeing was likely the site of a film, television show or documentary

The Texas film industry is doing well and has the sites to prove the state is more than just cowboys. Here are just a few popular destinations with some Texas film history.

The Austin Film Commission offers a number of reasons why Austin is a popular destination for film, television and commercial production. As a result, Made in Austin lists a significant number of favorites that were filmed there: Go back to 1974 when Robert Redford starred in The Great Waldo Pepper, or the 2000 film Miss Congeniality starring Sandra Bullock. More recently, there is 2003’s Secondhand Lions and 2005’s Friday Night Lights. The TV show Fear the Walking Dead has also been filmed in Austin from 2018 to the present. On the website, more than 45 productions have called Austin home. Stop at Top Notch Hamburgers where Matthew McConaughey coined the phrase “Alright, Alright, Alright” in Dazed and Confused. The 12-year production of Boyhood starring Ethan Hawke, features sites like the Dart Bowl, the Continental Club and Pedernales Falls. Take a look for yourself then plan to include a few film sites on your next visit. austintexas.org

Fans of Chip and Joanna Gaines and their extremely popular home improvement show, HGTV’s Fixer Upper, are in the right place upon arriving in Waco. The Waco Convention and Visitors Bureau has created the Magnolia Trail, a self-guided tour that takes visitors to locations mentioned on the Gaines’ TV show or on their social media, blog and website. CVB tour companies offer tours that show houses featured on the show. Whatever route you choose, make certain to include Magnolia Market and a cupcake from its bakery. wacoheartoftexas.com 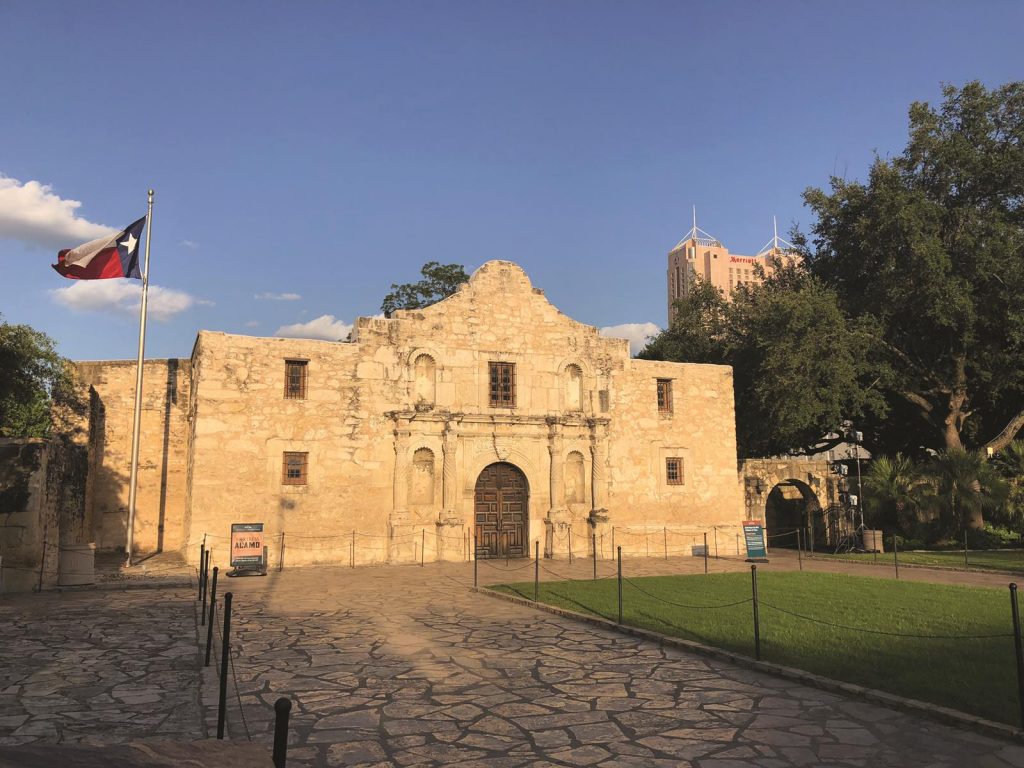 The Alamo in San Antonio has played a significant role in Texas films.  Photo courtesy of Travel Texas

Recognized for its location diversity, San Antonio offers unique locales from urban to rural, historic to contemporary and artistic to industrial. There’s a site for almost every storyline and time period and the choices are almost endless. Sandra Bullock in Miss Congeniality showed up on the famous Riverwalk, Pee- Wee’s Big Adventure had Pee Wee Herman at the Alamo and the original 2001 movie Spy Kids went on to have three sequels. The iconic Selena features the legendary performer speaking at Central Library and singing in front of the Alamo and the bar at John T. Floore Country Store is one of the recognizable scenes from 8 Seconds starring Luke Perry. Going back over the past 119 years, nearly 1,000 films and TV shows have been shot at least partially in the San Antonio area. visitsanantonio.com

A visit to the Corpus Christi Film Commission shows a diversity of locations available to creative directors of photography. Of course, there are beaches, natural habitats and parks, but also downtown hospitals, medical locations and a wide variety of attractions. Remember back in 2001 when Pearl Harbor with Ben Affleck and Josh Hartnett was released? Surprisingly, much of the filming was done at the USS Lexington and Lexington Museum on the Bay. Jennifer Lopez played the role of Tejano in Selena and filmed a scene with actor Jon Seda at Conn Brown Harbor in Aransas Pass. The Legend of Billie Jean was filmed in 1984 and the Dock Side Surf shop in Flour Bluff was featured in a scene. August Evening, Kill or be Killed, All She Can and The King were all filmed, or partially filmed, in Corpus Christi. visitcorpuschristitx.org

A visit to West Texas where Marfa is located and one look will tell you why it’s the perfect location for the 2007 film There Will be Blood. The story is loosely based on Oil! a 1927 novel. The movie portrays Daniel Day-Lewis as an oilman and his merciless pursuit for wealth. The rich history of Texas film extends far beyond the few we’ve shared. For a look at that history through a more local lens, make time to explore the Texas Film Trails. There’s sure to be a stop, or two, for any Lone Star State itinerary.

At the pinnacle of popularity there were more drive-ins in Texas than any other state. From the classic to the contemporary, this trail takes you to 20 of the state’s remaining drive-ins. You might not be able to stop for a show, but a drive by will certainly bring back some memories. 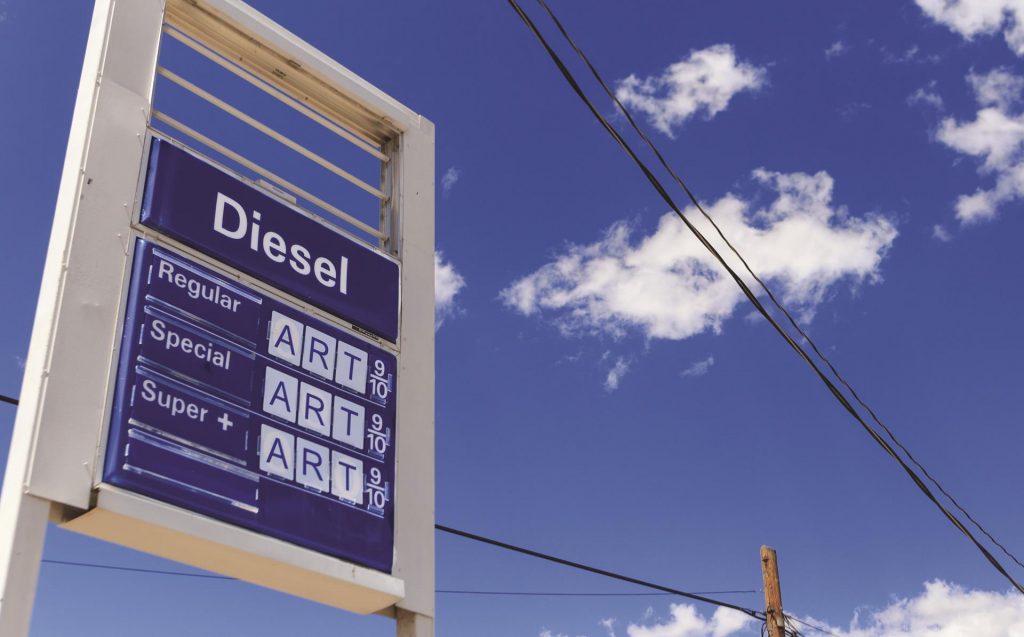 The West Texas town Marfa is perfect for telling the story through film of a wealthy oilman. Photo courtesy of Travel Texas

Communities throughout the state have been settings for a multitude of Western films. Seventeen locations are featured on this trail with 18 film and TV series highlighted. Remember True Grit, Lonesome Dove, Hud and Streets of Laredo?

Season 4 of the spin off of The Walking Dead brings a family of post –apocalyptic survivors to Texas. In Central Texas, a number of existing locations were transformed into abandoned spaces. See if you recognize Volente Beach Resort & Waterpark in Leander and the Dell Diamond baseball stadium in Round Rock.

Highlighting 25 filming destinations across Texas, the Texas Classic Film Trail is a journey down memory lane. From the Dairy Queen on Burnet Road, Austin in Friday Night Lights, Southfork Ranch in Parker which was featured in the TV show Dallas, Pilot Point Town Square in Bonnie and Clyde and The Royal Theater Archer in The Last Picture Show, you’ll definitely feel like you’ve been there.

The acclaimed filmmaker Richard Linklater was honored with the inaugural Texas Film Trail, highlighting 15 of his iconic film locations. His incredible storytelling has taken audiences throughout his home state of Texas. Here are a few stops on the Trail. When in Austin, a stop at AFS Cinema unfolds vintage film posters and so much more. Will you recognize the Cockrell Butterfly Center/Houston Museum of Natural History as seen in Boyhood? Stiles Switch BBQ and Brew in Austin was a setting in Dazed and Confused and is still a great place for some classic Texas BBQ. With so many film settings throughout Texas, it’s likely a few will cross your path. Begin your planning at https://gov.texas.gov/film/trails