Williamsport and other towns provide a bounty of itinerary possibilities in Lycoming County.

The Hiawatha Paddlewheel Riverboat, a favorite with group tours in Williamsport, plies the Susquehanna River from early May through October.

Williamsport, located in Lycoming County, was really a delightful place to grow up. For an active boy living in “The Home of Little League” there were plenty of organized leagues to join and, of course, we all played baseball. The Susquehanna River ran through town and provided great boating opportunities. Many of us learned to fish the local creeks with our dads and that one uncle who always seemed to catch his limit. Wonderful family and friends, coupled with a solid high school and college education, have led to some delightful memories. I was eagerly awaiting my recent return as a visitor.

For motorcoach travelers, Wegmans grocery store on Route 15/220 in Williamsport, located midway between Niagara Falls, N.Y. and Washington, D.C., has always been a convenient lunch/dinner stop with a huge selection of everything from soups and salads to sandwiches, pizza and sushi. But tour groups today are discovering that the area has much more to offer.

A smart way to begin a tour of the Williamsport area is a lunch buffet cruise on the Hiawatha Paddlewheel Riverboat, which makes a good introduction to the town’s rich history. Williamsport was formed in 1806 and rapidly became a logging center with the West Branch of the Susquehanna River serving as the transport vehicle for the industry. The area’s wealth grew and grew until at one time there reputedly were more millionaires on Williamsport’s West Fourth Street than any other street in the world. “Millionaires’ Row” seemed a fitting name for it. 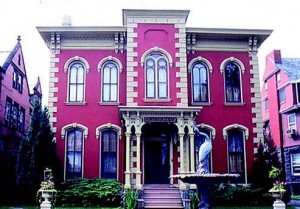 A tour of Millionaires’ Row might feature a step-on guide in period dress. A windshield tour is an hour or so, but you may want to consider the two-hour trolley tour of the lumber barons’ homes and churches. Titled the “Journey Through Time Tour,” it includes a visit to the Thomas T. Taber Museum, which chronicles the area’s history and features the Shempp Model Train exhibit, featuring more than 300 toy trains. A catered dinner with wine tasting at Bastress Mountain Winery or Eagle Rock Winery provides a pleasant ending to a busy day.

The Rowley House, built in 1888, was prominently located among the lumber barons’ homes on West Fourth Street. Considered a spectacular example of Queen Anne Victorian architecture, the home has had only three owners and remains very much like it was. 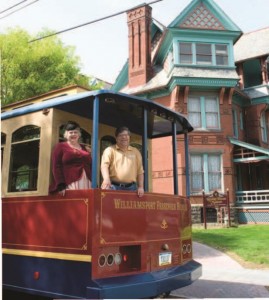 Every August as many as 60,000 visitors arrive in Williamsport for the Little League World Series, truly a world-class event as teams now come from the Middle East, Asia, Africa, Europe and the Americas. The 60-acre Little League campus includes lodging for the players, practice fields and the main fields where games are internationally televised.

An important part of the campus is the Peter J. McGovern Little League Museum. Undergoing a $4-million renovation, the museum is set to open in June 2013. Little League Baseball is chronicled from its beginning in 1939 to the present; participants represent 90 countries. Baseball at the Little League complex begins early each summer.

The baseball camp at Williamsport, now in its 51st year, is open to campers from ages 9-14. From instructors and counselors with strong baseball backgrounds, youngsters learn fundamentals, sharpen their skills and enjoy other recreational activities. A large swimming pool and dormitory-style housing adjacent to World Series Stadium enhance the experience.

New to the camp in 2013 is the addition of the Easton Hit Lab, a swing analysis system. It is all about the science of hitting. Also new is a partnership with Baseball Factory. Each camper will receive a professional workout and evaluation of strengths and suggested areas of improvement. Also available will be a professionally filmed and edited video showing the camper’s performance at its best. The video will be part of each player’s web page, which will also display academic information and an evaluation. 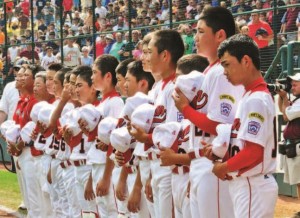 Williamsport is best known as the home of Little League Baseball.

Little League Baseball is not the only item on the area’s sports and recreation menu. Historic Bowman Field, built in 1926, is the second oldest minor league baseball stadium in the United States and hosts the Crosscutters, an affiliate of the Philadelphia Phillies. The Williamsport Outlaws hockey team is the area’s newest addition and plays outdoors on Airmen Pond at Bowman Field.

Evening entertainment in the Williamsport area is plentiful. Every year since 1963 the Millbrook Playhouse has operated as a professional summer stock theater. The Playhouse’s 50th anniversary season runs from June 13-Aug. 4 in the Mainstage Theatre and June 21-Aug. 11 in the Cabaret Theatre.

Near the end of 1989 the efforts of local businesses, residents and three key players came to fruition and a vision was realized. The 1928 Capitol Theatre was saved, renovated and became the new 2,100-seat Community Arts Center, which opened in 1993. Today it continues to offer a diverse calendar of music, dance, comedy, theater and films.

Founded in 1976 and now making its home in downtown Williamsport’s McDade Trade and Transit Center, the Community Theatre League produces 10-12 plays and hosts 10 special concerts a year. There’s always something playing on the Williamsport entertainment scene.

The Williamsport area also has plenty of shopping opportunities for tour groups, from the usual malls and shopping centers to antiques and country stores. The Purity Candy Company in nearby Allenwood and Lang’s Chocolates in Williamsport are both perfect for the sweet tooth in all of us.

Central Pennsylvania has developed a considerable reputation for outstanding dining. With a strong Italian culture, the area has always offered some marvelous ethnic restaurants. Franco’s Lounge, Restaurant & Music Club has been a fixture for more than 20 years. Although small Vincenzo’s Italian Cuisine is a local favorite. Take a short drive to Jersey Shore, Pa. and you’ll find Santino’s Italian Cuisine. It’s well worth the visit.

Numerous buffets and classic American dining restaurants, including many that feature area favorites, are available throughout the Williamsport area. However, there are three fine dining establishments in some memorable locations that may interest your group. 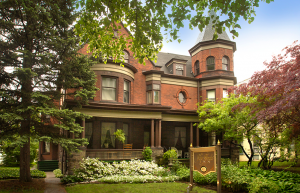 The Peter Herdic House on West Fourth Street is an elegant gourmet restaurant in two restored Victorian mansions. Open for lunch and dinner, it’s a delicious addition to a Millionaires’ Row tour.

The School of Hospitality operates Le Jeune Chef on the campus of Pennsylvania College of Technology. Groups will enjoy a special dining experience as meals are created and presented by men and women preparing for careers in culinary arts.

The newest buzz on the Williamsport fine dining scene is 33 East. An atmosphere like no other paired with exceptional food and drink will have your group talking for years to come.

Williamsport is an ideal location to launch hub & spoke tours of Central Pennsylvania. Just north is Wellsboro and Tioga County, known as the Pennsylvania Grand Canyon. The scenery is fabulous and outdoor activities are plentiful. Discover Made in Tioga County products from pottery to maple syrup.

Just south is Lewisburg, home to Bucknell University. Listed on the National Register of Historic Places, downtown Lewisburg is considered an architectural gem. Its showcase is a 1941 Art Deco movie palace that’s still showing films, nightly. Shopping, including a Barnes & Noble at the university, and enchanting local businesses, along with some award-winning restaurants, combine for a delightful day trip.

The Piper Aviation Museum in Lock Haven tells an intriguing story of small plane aviation. Actually, many of the engines for the Piper Cubs were made in Williamsport at Lycoming Motors. A visit to Woolrich, Pa. and the Woolrich Flagship Store & Outlet should be on every group itinerary. The story of John Rich and the company’s more than 180-year history of providing quality outdoor clothing is quite remarkable.

From morning to night there’s much to see and do in the Williamsport area.  It’s easy to design an itinerary that covers all the bases.