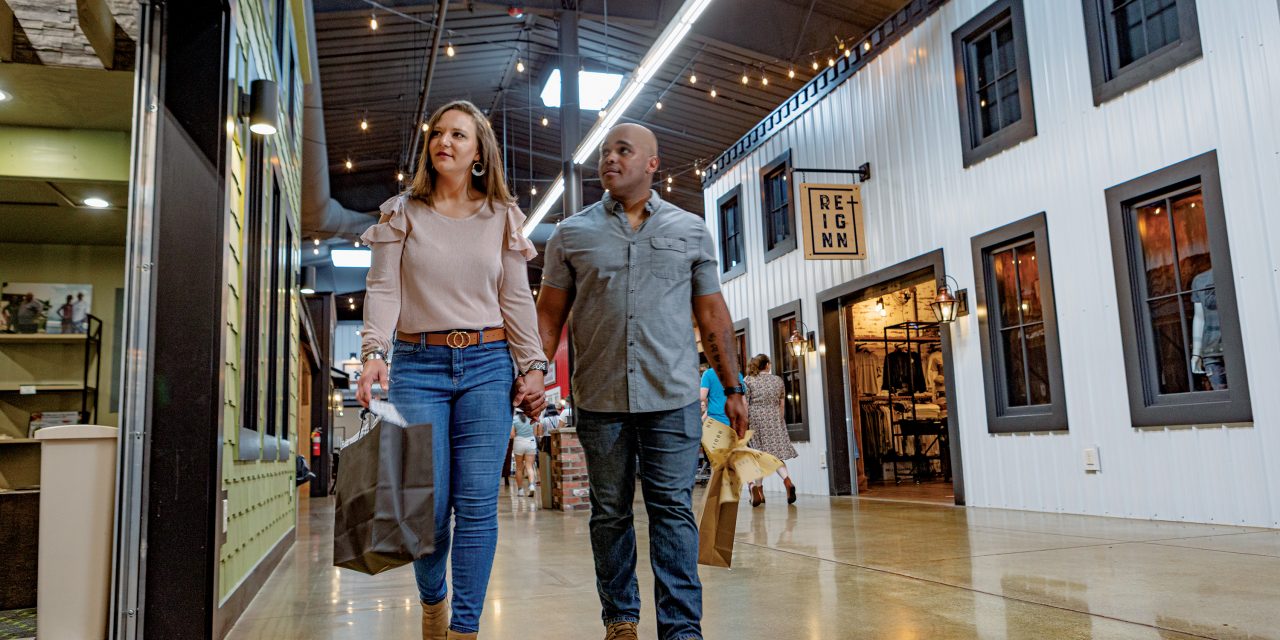 With a flea market, tons of shops, America’s Largest Hardware Store and a big restaurant dishing up heapin’ helpings of hearty home-style fare, the sprawling retail campus known as Experience Hartville seems custom-made for bus tours. It offers special activities for groups, and there’s even an on-site hotel.

Located in the Stark County town of Hartville on the edge of northeastern Ohio’s Amish country, the thriving, multi-faceted enterprise—practically a village in itself—is a 20-minute drive from Canton and Akron. The rural area is strongly rooted in Amish and Mennonite traditions of family and hard work, good food and quality products.

Today’s mega-complex traces its history back to 1939, when Mennonite Sol Miller had a building constructed to house livestock auctions. He soon started providing space for vendors to sell their wares, the beginnings of the Hartville Flea Market. His wife opened a small lunch stand to feed those who came to the auction and flea market, and it eventually became a full-fledged restaurant. The businesses continued to grow after Sol’s death, and in 1972 his son, Howard Miller, started selling merchandise inside the restaurant and purchased the local hardware store for his sons to run. In 1980 he bought land to bring together all the businesses, which are now operated by third- and fourth-generation family members. 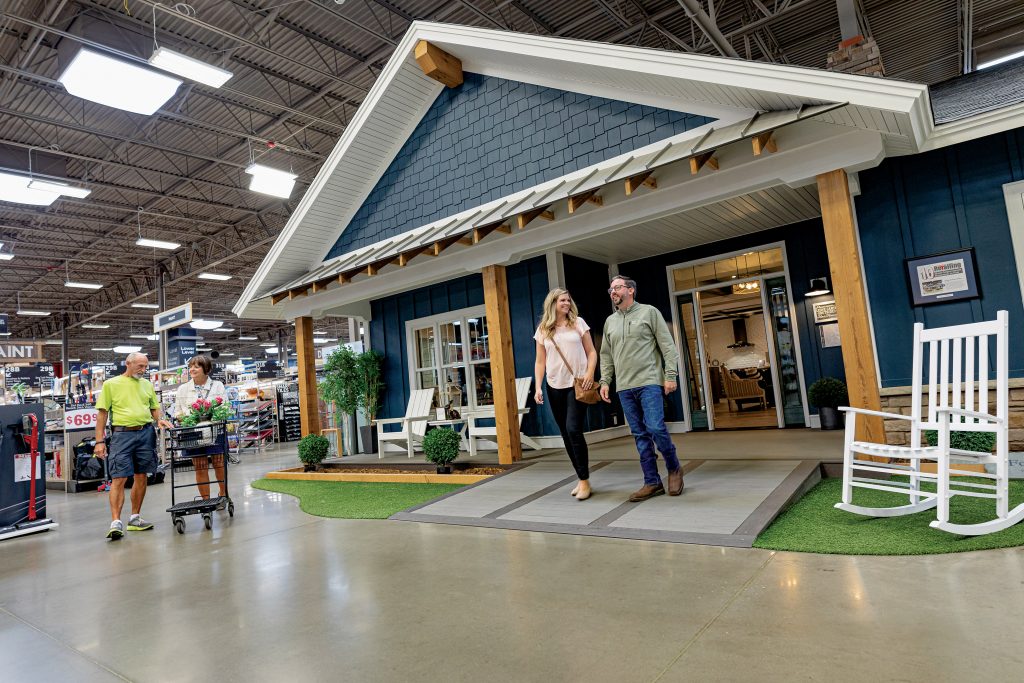 The Idea House in Hartville Hardware’s Design Center is a destination in itself.

Hartville Hardware & Lumber, with a little more than seven acres under one roof, reputedly is the country’s largest hardware store. Of special note are the life-size Idea House in the Design Center and the 3,000-square-foot Grill Zone offering everything for grill masters, from grills and tools to cookbooks, flavored wood pellets, and rubs and sauces. Besides appliances, paints and lawnmowers, the store sells home decor items, pet supplies, and Amish and specialty foods.  It boasts the largest selection of Carhartt women’s clothing in the country. There’s an 8,000-square-foot Christmas shop for the holiday season. Store tours can be arranged for groups.

The Hartville Flea Market, with spaces for up to 1,000 vendors on 12 acres, is one of America’s largest flea markets. It boasts more than 800 vendors daily in peak season. Held four days a week, the flea market is adjacent to the two-story Hartville MarketPlace, which contains a food court and more than 60 indoor shops offering jewelry, home furnishings, meat and cheese, baked goods, antiques, and arts and crafts. 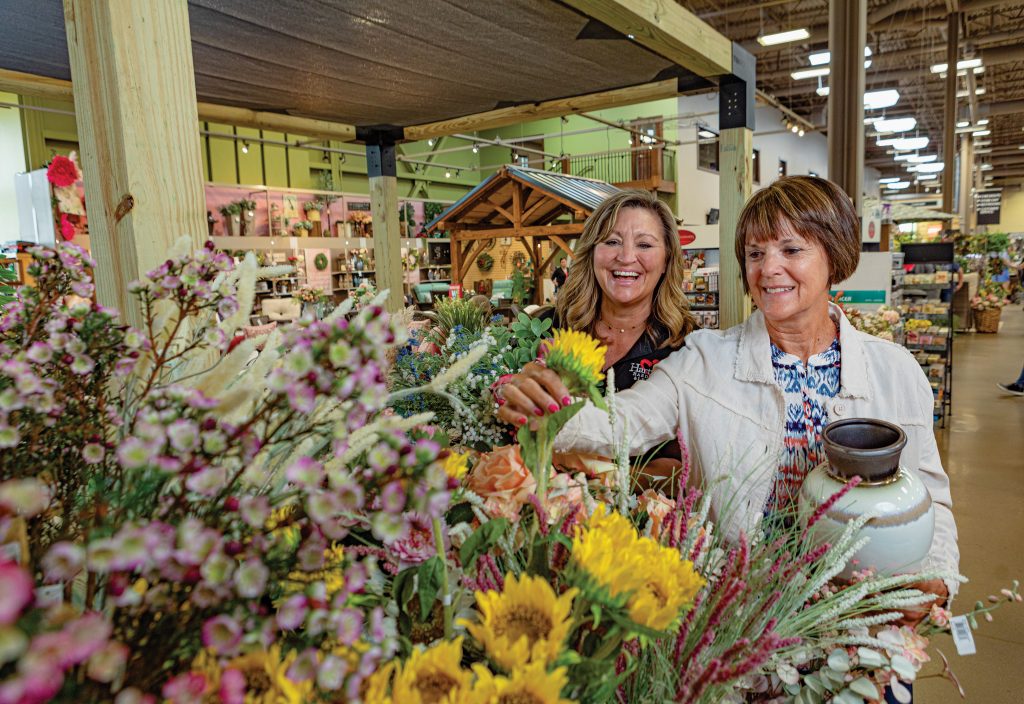 Hartville Hardware is a shopper’s paradise.

At Chocolate Creations, in the MarketPlace’s newly renovated South Wing, customers can create their own candy bars and watch them being made, choosing from ingredients like ginger, coconut, dried blueberries and pineapple, mint chocolate chips and Nutter Butter cookie bits. A box of 12 chocolates of your choice is $10. Among the most popular varieties are the dark and milk chocolate buckeyes, a peanut butter-filled treat popular in Ohio, the Buckeye State. Decadent truffles come in favors like raspberry, lemon cream, banana and amaretto. Other indulgences include chocolate-covered pretzels, 4-ounce peanut butter cups, and milk, dark and white chocolate almond bark. Tours of the chocolate-making operation are available.

Taste Treats in the Restaurant and Bakery

Anyone with a passion for homemade pies will be in heaven at Hartville Kitchen, a 440-seat restaurant serving made-from-scratch meals featuring fresh baked goods. Pie choices range from custard, butterscotch, rhubarb crumb and Dutch apple to banana cream, coconut cream and chocolate cream. A cream pie-making demonstration can be arranged for your group.

Fried chicken, roast beef, pork chop and fish dinners include rolls and your choice of three sides. (The sweet potato casserole is a favorite side.) Also popular are the hot roast beef and pork sandwiches with mashed potatoes and gravy. Hartville Kitchen salad dressings are made and bottled on-site and sold in grocery stores. The restaurant’s bakery also sells the dressings, along with whole pies, cakes, cinnamon rolls, whoopie pies, cookies and other goodies.

Part of the bakery area is devoted to Hartville Cucina, an olive oil and balsamic vinegar tasting room where guests can sample some of the 38 varieties imported from Spain and Italy. An olive oil talk with sampling can be arranged for groups.

Other shops in the restaurant building purvey fashions, jewelry, handbags and religious gifts. The children’s shop focuses on toys, books and games. The candy shop makes its own chocolates and 20-plus varieties of fudge.

Hartville Kitchen’s spacious dining room is busy but surprisingly quiet thanks to the sound-absorbing carpeting. There are eight private rooms. These banquet rooms host dinner and lunch concerts on selected dates. 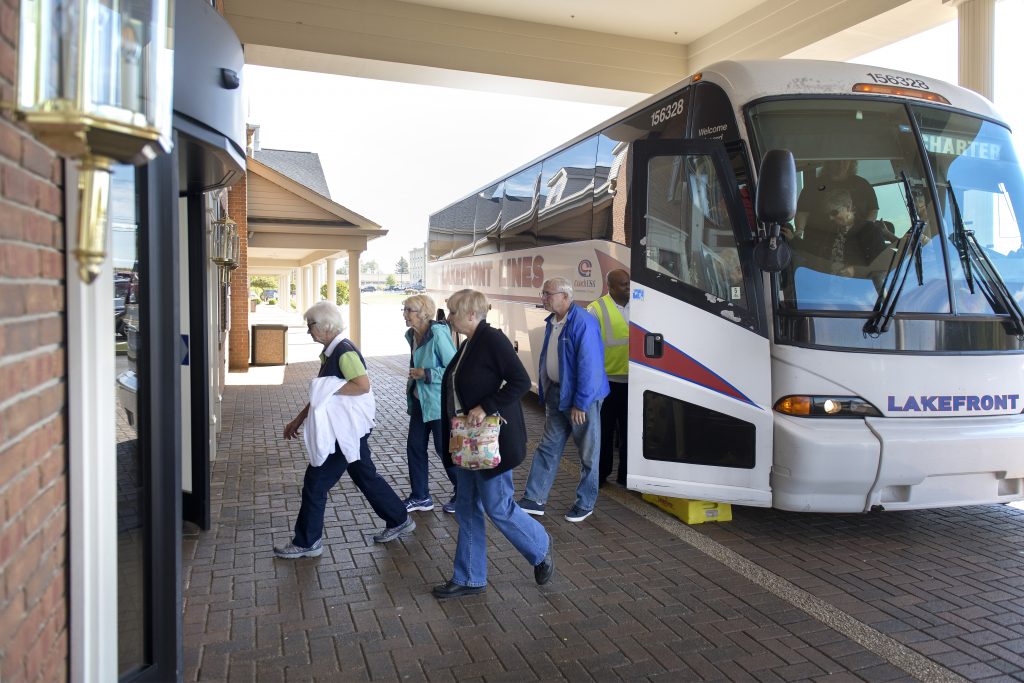 Hungry travelers beat a path to a hearty meal at Hartville Kitchen.

Members of groups that register at least a week ahead receive a voucher with shopping coupons and a welcome gift. Meal comps are given for the bus driver and group leader.

The Comfort Suites at Experience Hartville, within walking distance of the shops, has an indoor pool with hot tub.

For more information on Experience Hartville, call 330-877-9353 or visit www.experiencehartville.com.