ESCAPE THE CROWDS IN THESE SMALLER CITIES 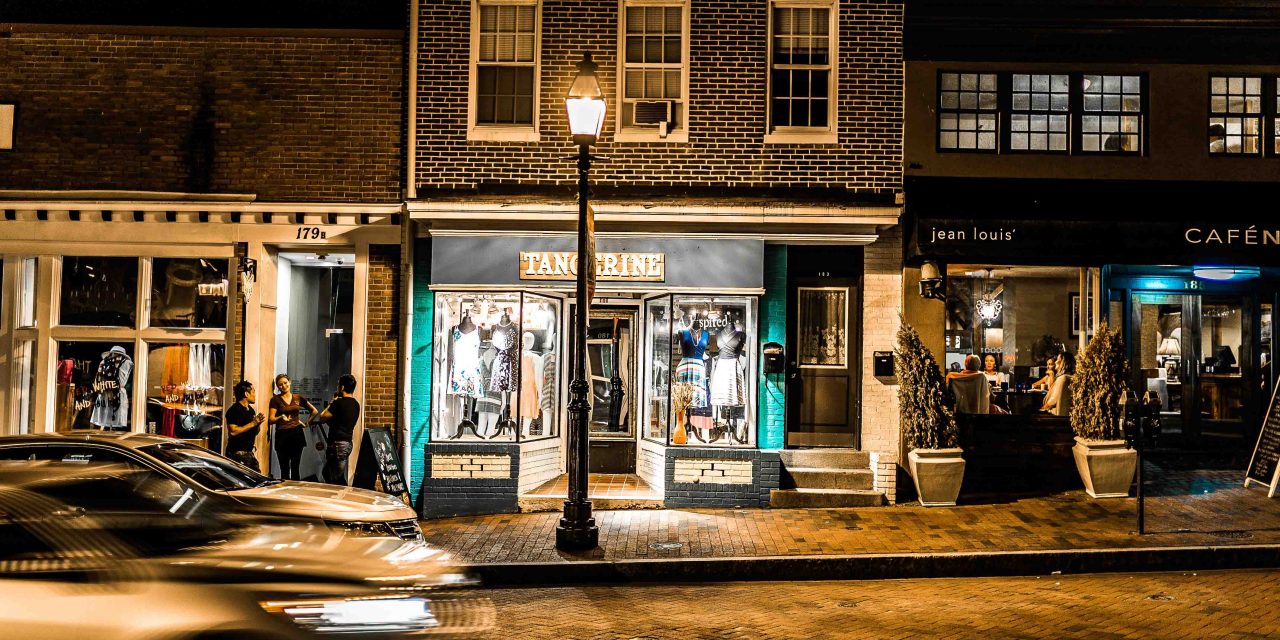 Here are some Eastern locales that are excellent Second City stops.

Annapolis is the quintessential seaside town, filled with quaint shops and historic landmarks that take you back in time to the foundation of the country. However, this city has far more to offer than its busy Main Street.

A lesser-known fact about Annapolis is it is actually one of the country’s best locations to explore the arts. The city’s Arts District is teeming with art galleries, ornate wall murals, restaurants and multiple live music venues. You definitely want to set aside a whole day to take advantage of all this district has to offer, like painting classes or window shopping at the fine arts boutiques. Although the Arts District is great to explore year-round, the first Sunday of every month, from May through November, is the First Sundays Art Festival.

Exploring the countryside of Annapolis is another way to take you outside of the highly trafficked parts of the city. One of the most picturesque towns in the countryside is Historic London Town and Gardens in Edgewater, which replicates what life was like for some of the country’s first settlers. Visit the town’s historic center or enjoy the South River it sits on by renting a kayak or paddleboard.

If you’re wanting to take a break from the Hershey Museum and can’t bear to take another bite of chocolate, Hershey and Harrisburg offer so many other sites to explore to round out your visit.

The Hershey Gardens has multiple attractions to explore, including the conservatory, the indoor Butterfly Atrium, a garden shop, and a 23-acre botanical garden. With so much beauty to take in during your visit, planning a guided tour is a great way to see it all while learning of the history of its founder, Milton Hershey.

For thrill-seekers, the Adventure Sports complex in Hershey is a must-visit. They have attractions for all ages and groups, from batting cages and a driving range to an arcade and miniature golf. Adventure Sports also has special offers and accommodations for groups.

Harrisburg also provides an extensive offering of activities and experiences unique to the town’s culture. The local restaurant scene is teeming with artisans who have been creating a flavor and style unique to the region for decades. In order to explore as much of the culinary scene as you can, embark on the Harrisburg Food Tour, a threehour group tour of the city’s most distinct food and beverage establishments.

To explore Harrisburg from a different vantage point, The Pride of Susquehanna Riverboat tour takes passengers down the river to enjoy the scenic views of the city’s skyline. It also offers dinner cruises for special events and holidays, food and drink tastings, and live music events. The boat is a historical landmark in itself; it is one of six remaining authentic paddlewheel riverboats in the United States.

Founded in 1624, Albany is one of the oldest cities in our nation. But that doesn’t mean there isn’t always something new or unexpected to explore that will take you away from crowds. 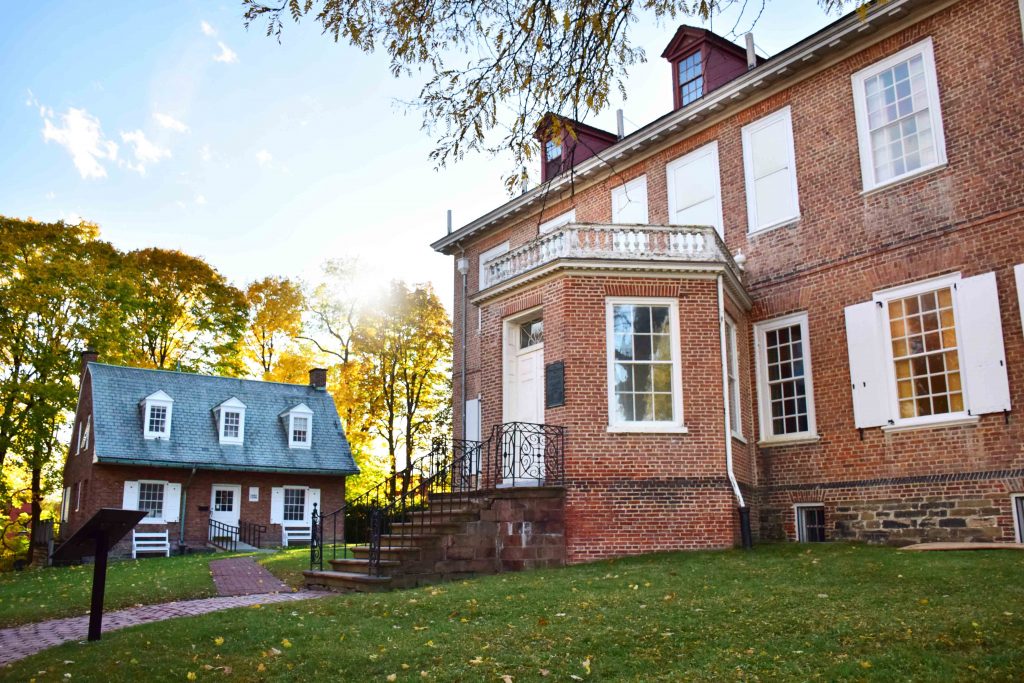 Schuyler Mansion in Albany is a protected state park, allowing you to step into the parlor where Alexander Hamilton was married. With permission of Discover Albany

If you have watched the hit Broadway musical Hamilton, Albany is filled with landmark locations where Alexander Hamilton and the Schuyler family frequented. The Schuyler Mansion is a protected state park, allowing you to step into the parlor where Hamilton married Eliza Schuyler. Or, visit the Olde English Pub, one of the only remaining buildings in Albany where these historic figures would have visited.

Albany is home to the country’s first brewery, founded by the Dutch settlers that arrived in this area around 400 years ago. Because of this, Albany has a rich culture of beer brewing, but is also at the forefront of innovation of new and exciting brews made with time-honored techniques. There are tasting tours available at many of the area’s most famous breweries, like Albany Distilling Company, CH Evans Brewing Company and Nine Pin Cider Works.

New Haven, along with being the epicenter of research and medical innovation with Yale University, is also the cultural epicenter of Connecticut.

The area surrounding New Haven offers plenty of opportunity to escape the bustle of the city and immerse yourself in nature. Right in the middle of the city is The Green, a wonderful park to have a picnic and enjoy the greenery. Many events take place in The Green throughout the year, but the most popular is the New Haven Jazz Festival in August. Or, go just outside the city to explore East and West Rock State Parks and the Farmington Canal’s bike trails. 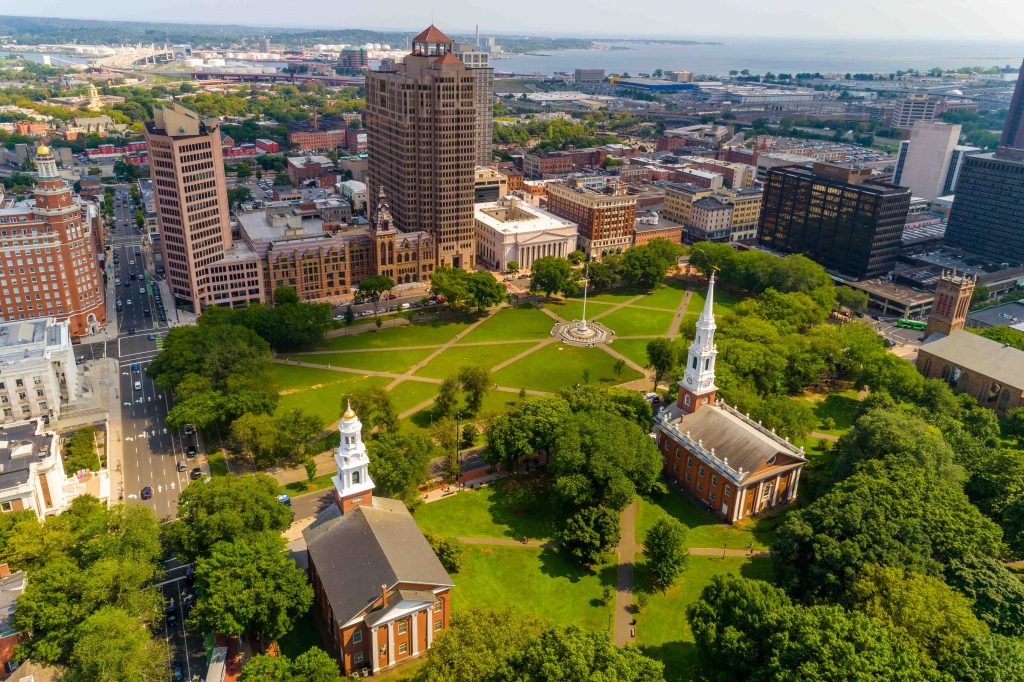 The Green in New Haven is an excellent park to have a picnic and enjoy the great outdoors. Photo courtesy of Full Send Productions/ Market New Haven

The Yale Peabody Museum of Natural History is one of the largest natural history museums in the world. Yale has collected an extensive stockpile of ancient artifacts, animal skeletons, diamonds, and more that are featured in the museum’s displays. Or, for a different perspective on history, Yale’s University Art Gallery is just as historic and expansive as the Museum of Natural History. The museum collects art from all over the world and across time and organizes its 300,000 pieces by region and medium.