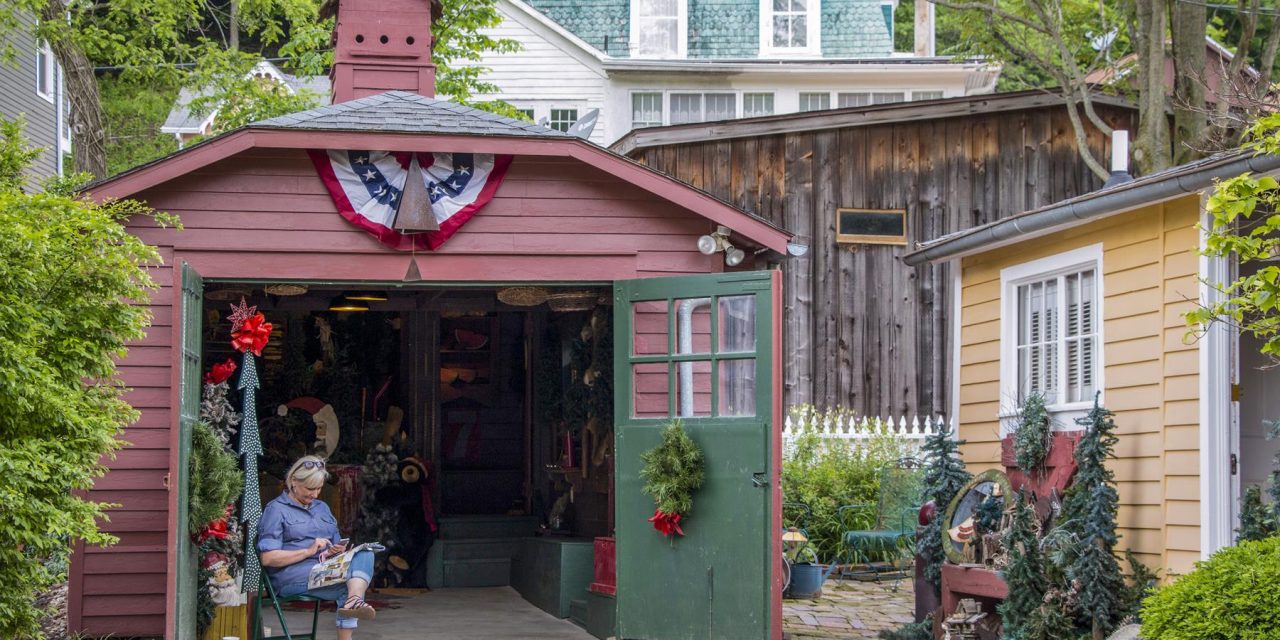 While they all offer distinct personalities and attractions, the three regions of Great Rivers & Routes, Illinois’ Heritage Corridor and the Quad Cities are all defined by the mighty Midwestern Rivers that pass through them. All three areas offer beautiful state parks, delicious food and engaging museums that enlighten visitors about Illinois’ natural history, Native American heritage and innovative small businesses. Whether you seek a brisk hike or a leisurely afternoon of shopping, these three DMOs showcase the best of what Illinois has to offer.

Your adventure begins outside the city of Hartford at the Meeting of the Great Rivers: the convergence point of the Missouri and Illinois rivers. The famous Corps of Discovery Expedition spent the winter here at Camp River Dubois in 1804 before traveling along the Missouri River on their journey to the Pacific Ocean. The expedition’s legacy is honored at the Lewis & Clark State Historic Site. Tours are offered Wednesday-Sunday and discuss the Lewis & Clark Expedition and its time in the Illinois Country at the Camp. Continue north to the city of Alton, which famously hosted a Lincoln-Douglas debate in 1858 and welcomes groups to the Old Bakery Beer Company. Housed in a former bakery that dates back to the 19th century, this industrial space now offers groups a behind-the-scenes glimpse at the organic brewing process and samples of local favorites like citrus wheat and porter. Group dining is also available. 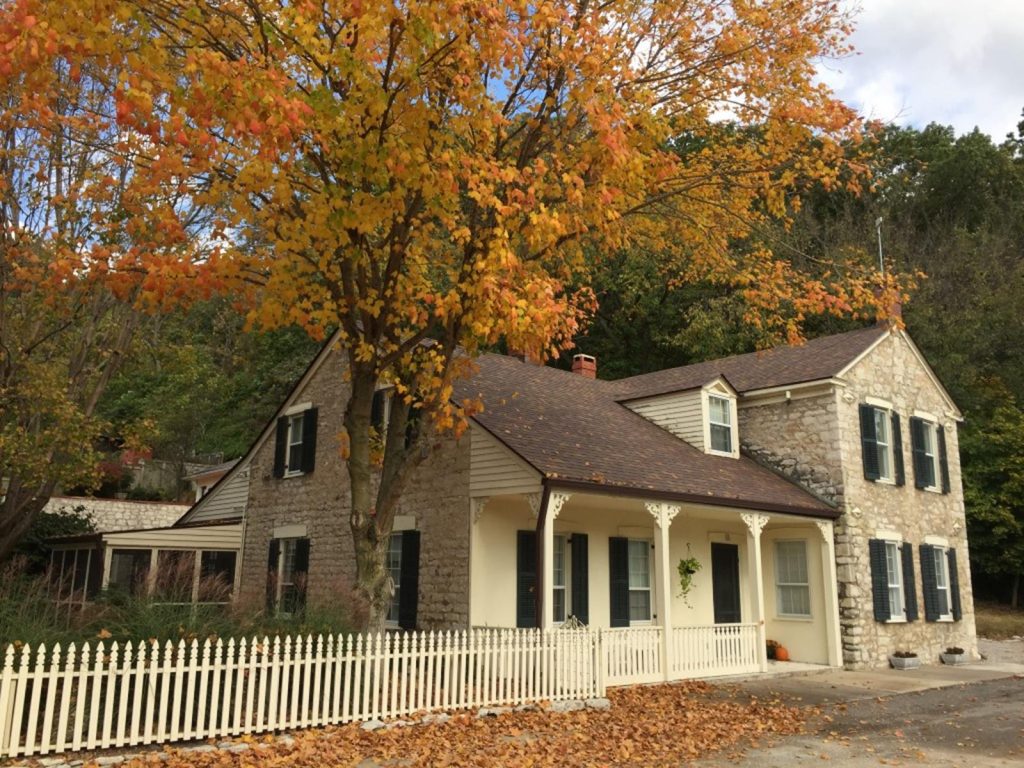 Step into the preserved streets of Elsah and experience the “village where time stood still.” A local historian can accompany your group as you walk along Lasalle Street (whose buildings pre-date the Civil War), passing by beautiful Greek revival mansions. Nearby Principia College provides step-on driving tours of the campus. Before you depart, stock up on old-fashioned candy, locally sourced jam and vintage bottled soda in the Elsah General Store (which dates back to 1877). Your next stop will be the city of Grafton, whose streets are lined with charming antique stores and galleries bursting with locally crafted items to bring back to friends and family. Other attractions along the river include the Grafton Winery & Brewhaus (which sells award-winning wines to please every palette) and the Hakuna Matata (a 49-passenger vessel that offers beautiful river cruises and group meals). 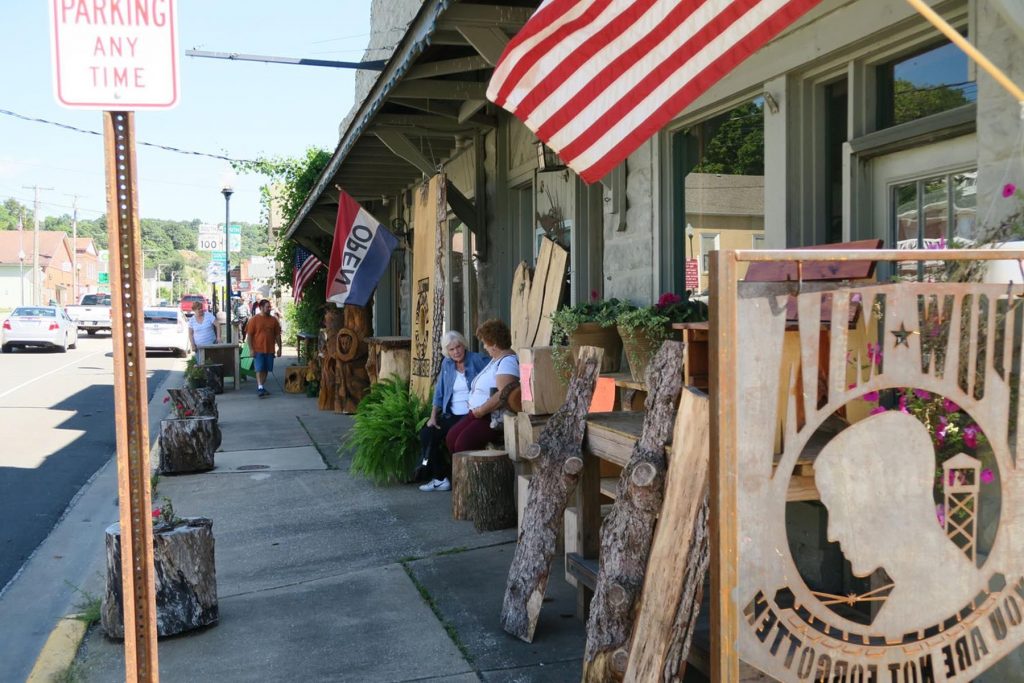 Take an enclosed gondola or open chair lift 300 feet into the air on the Grafton SkyTour, which offers spectacular views of the valley and access to Aerie’s Resort. Located on a bluff that overlooks the confluence of the Mississippi and Illinois rivers, the property offers tastings at Aerie’s Winery, live music on the terrace and seven thrilling zip lines for adventurous group members. Conclude your Grafton experience at Pere Marquette State Park—the largest state park in Illinois. Visitors can learn about famous explorers Jacques Marquette and Louis Joliet at the visitor center, explore miles of hiking trails and observe migrating bald eagles December through February. Group dining and lodging is available in the Pere Marquette State Park Lodge  & Conference Center. 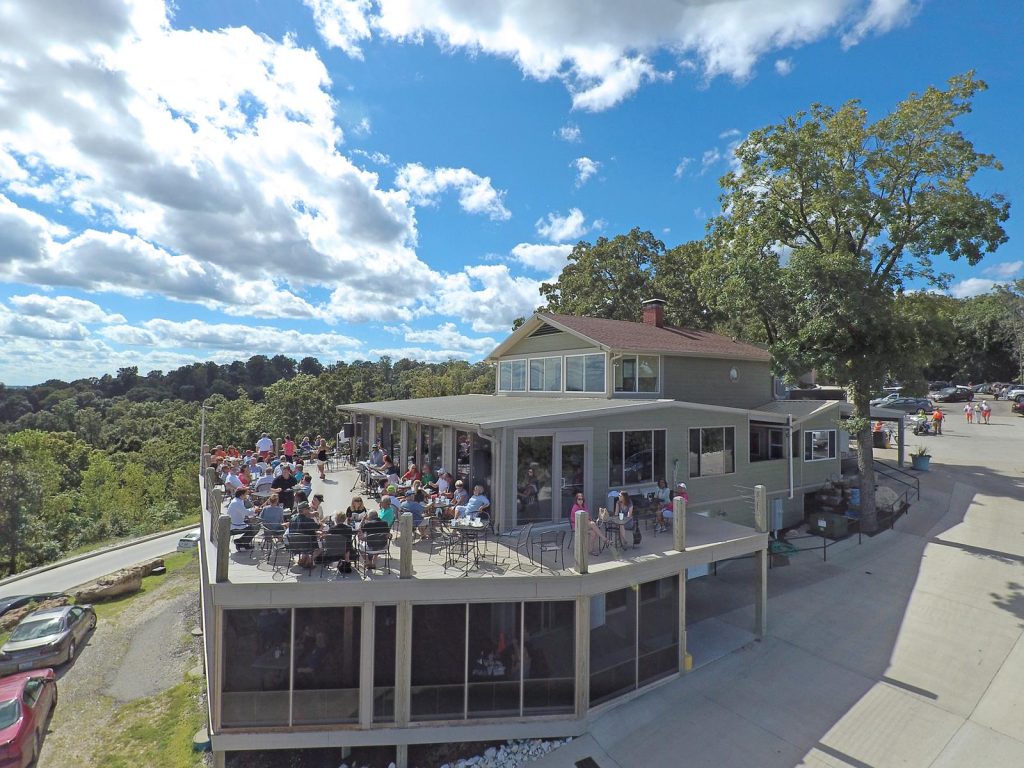 Encompassing dozens of unique communities bonded by their proximity to Route 66 and waterways like the Des Plaines and Illinois rivers, the Heritage Corridor offers plentiful outdoor experiences. Located one hour from Chicago in the city of Wilmington, Midewin National Tallgrass Prairie is 19,000 acres of beautifully preserved grassland and was the nation’s first federally protected prairie. Stop by the learning center to learn about the land’s former use as the Joliet Army Ammunition Plant before an immense effort was made to restore the area to its original beauty. Groups can observe a bison herd, hike along Prairie Creek and embark on a ranger-led to tour to admire this delicate ecosystem.

Follow the Illinois River downstream to the city of Ottawa and Tangled Roots Brewing Company. This “farm-to-foam” craft beer establishment prides itself in locally sourced hops and barley for delicious, artisanal creations like the Forty1 Eighty8 pale ale and the Devil’s Paint Box IPA. Schedule a brewery tour for an overview of modern operations, a history of the 1888 building and samples of delicious beers.

The region’s signature attraction is Starved Rock State Park. This landscape of exposed sandstone formations along the Illinois River was formed 15,000 years ago by melting glacier floods, and the park offers 13 miles of hiking trails to view spectacular waterfalls and archaeological sites. Visitors will also want to stop in the Starved Rock Lodge, which was constructed during the Great Depression by the Civilian Conservation Corps and modeled after the game lodges of the American West. From there, embark on a trolley tour that integrates short hikes, lunch and informative narration from a local guide. Across the river from Starved Rock State Park is the Illinois Waterway Visitor Center, where you can learn how water transportation crucially impacted the state’s development. Continue to the city of LaSalle for a journey back in time aboard the Volunteer, a mule-pulled 1840s replica canal boat that travels along the I&M Canal. Built in 1848 as a link between the Illinois and Michigan rivers, this canal became a crucial connection between agricultural regions. Tours include orientation from a costumed guide who introduces you to your mules and historical background about the buildings that line the aqueduct route. After you disembark, sign up for a one-hour tour at the Hegeler Carus Mansion. This immense estate includes 57 rooms and remains a pristine example of Second Empire architecture in 1870s America.

A two-state region united by the Mississippi River, the Quad Cities boast outdoor activities and indoor attractions that reflect the region’s manufacturing and engineering history. Begin your visit at the John Deere Pavilion in Moline. Here you can learn about how a modest blacksmith began to sell handmade shovels and eventually developed America’s premier agricultural equipment company. This glass-enclosed space houses vintage equipment, interactive tractor exhibits and previews of 21st century farming innovation. Be sure to visit the adjacent company store for gifts to bring back home. Nearby downtown Moline is easily walkable and features numerous restaurants, microbreweries and live music venues for evening entertainment. Be sure to stop for a sweet treat at Lagomarcino’s Confectionery, an authentic soda fountain and candy store that sell delectable chocolate and ice cream creations. Bike rentals are available at the Quad Cities Visitor Center if you want to explore the Great River Trail, a multipurpose route that passes by the Quad City Botanical Center, Schwiebert Riverfront Park and the Rock Island Arsenal.

An immense Department of Defense manufacturing facility, the Rock Island Arsenal traces its military history back to 1816 and encompasses a 946-acre island between Illinois and Iowa. Attractions on the island include the Rock Island Arsenal Museum (which houses weapons used in the Battle of Little Bighorn), the Colonel Davenport House and the Mississippi River Visitor Center. Here you can see Lock and Dam No. 15, an engineering marvel and the largest roller dam in the world. Register for a tour to learn how enormous metal cylinders and hydraulic technology allows recreational and commercial vessels to pass through the facility’s locks. Groups will also enjoy spending time at the Black Hawk State Historic Site, a hardwood forest that provides a habitat to 175 species of birds and can be explored on four miles of hiking trails. This area was once home to the Sauk and Meswaki people, and you can learn about their culture and heritage at the John Hauberg Indian Museum on the property. 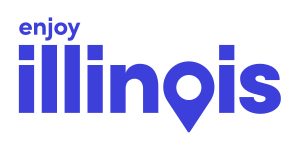